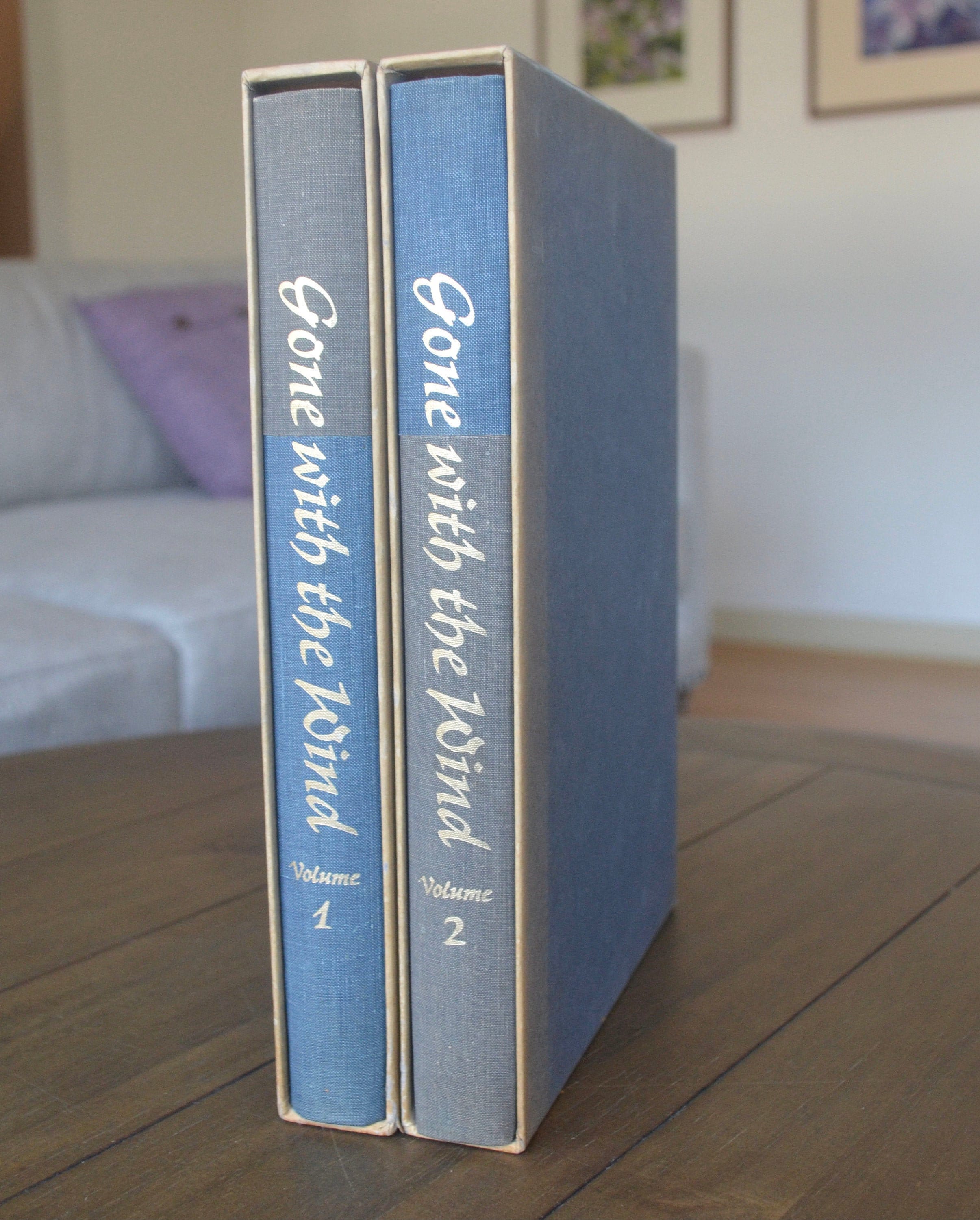 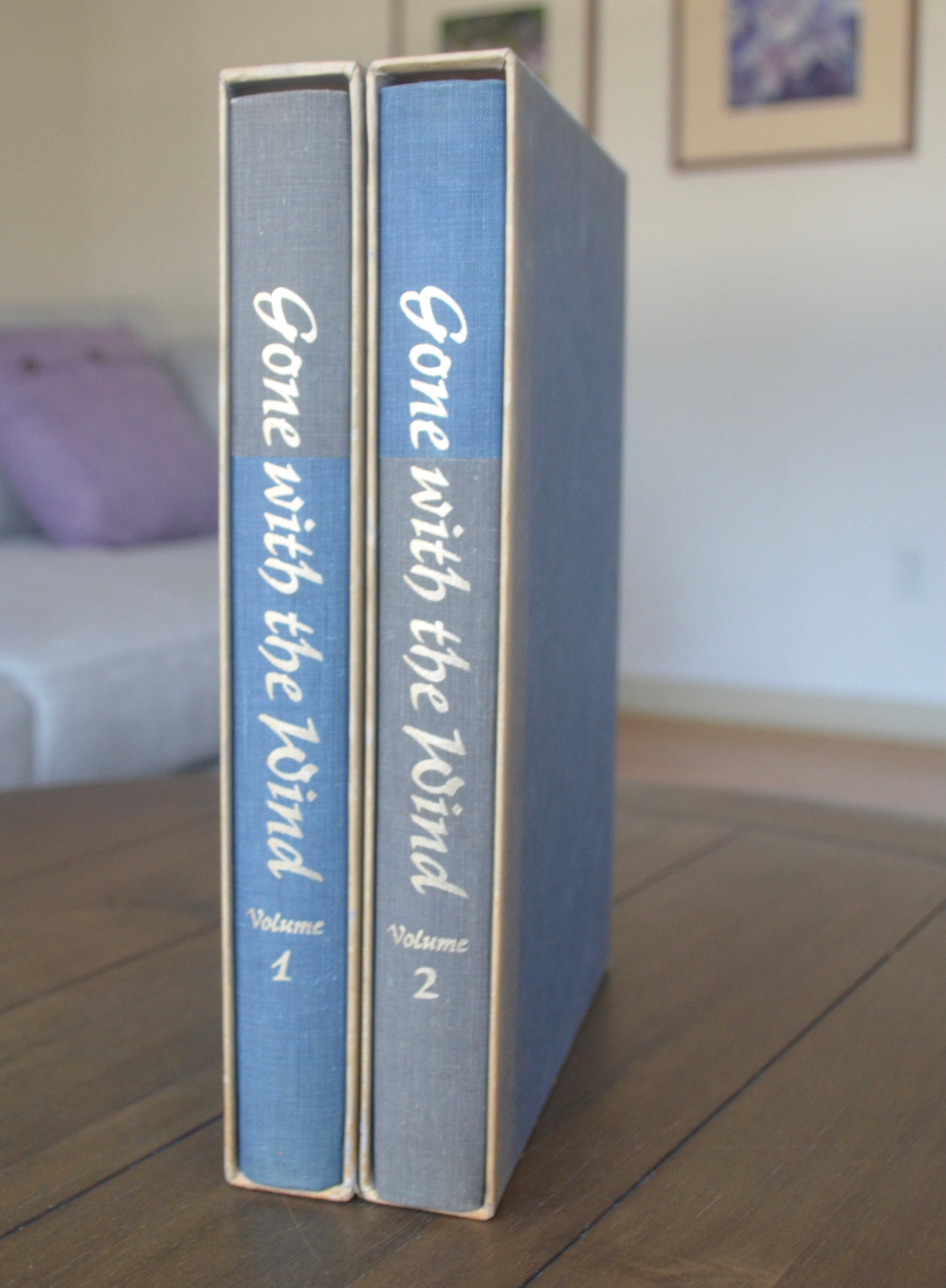 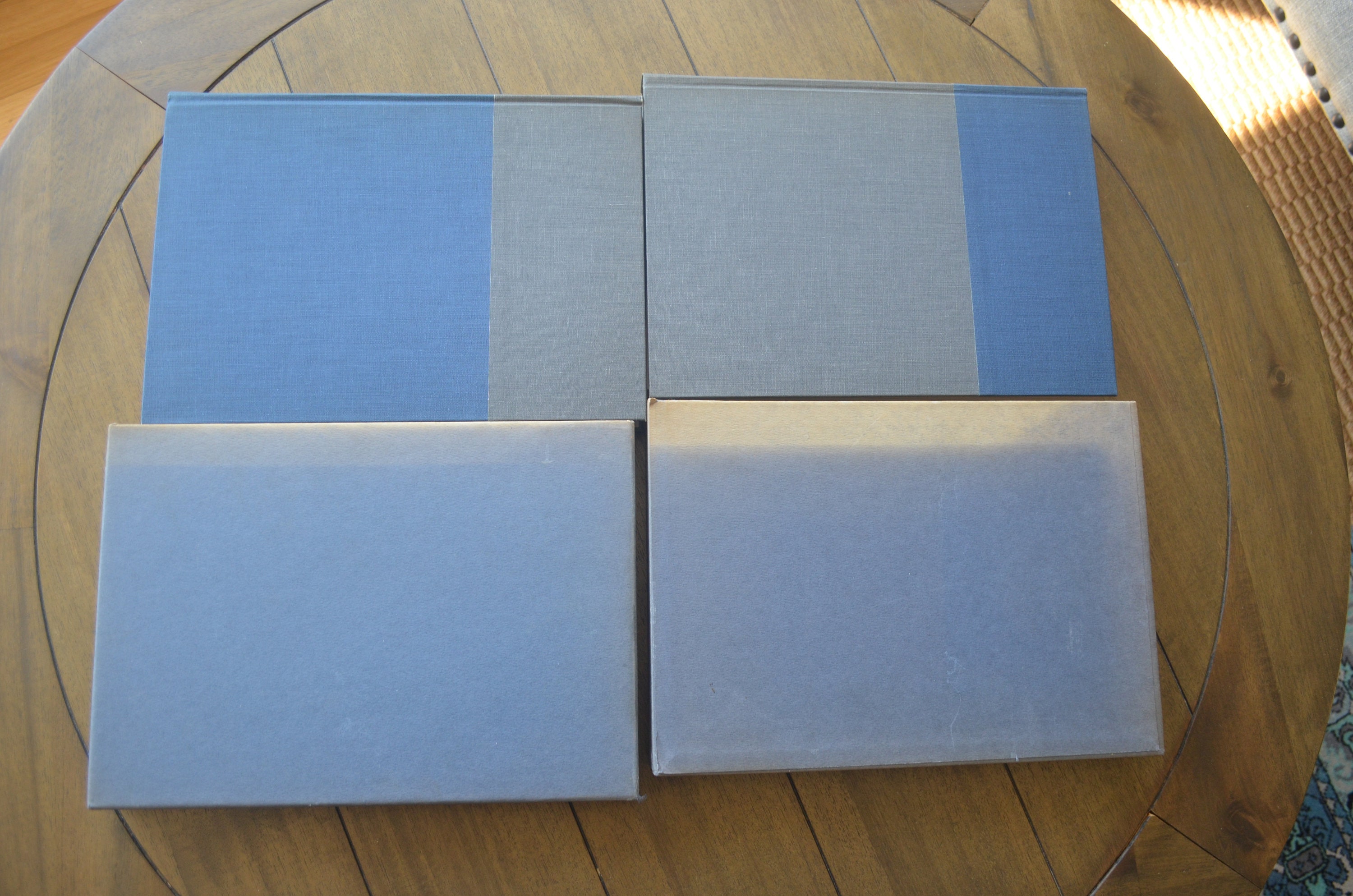 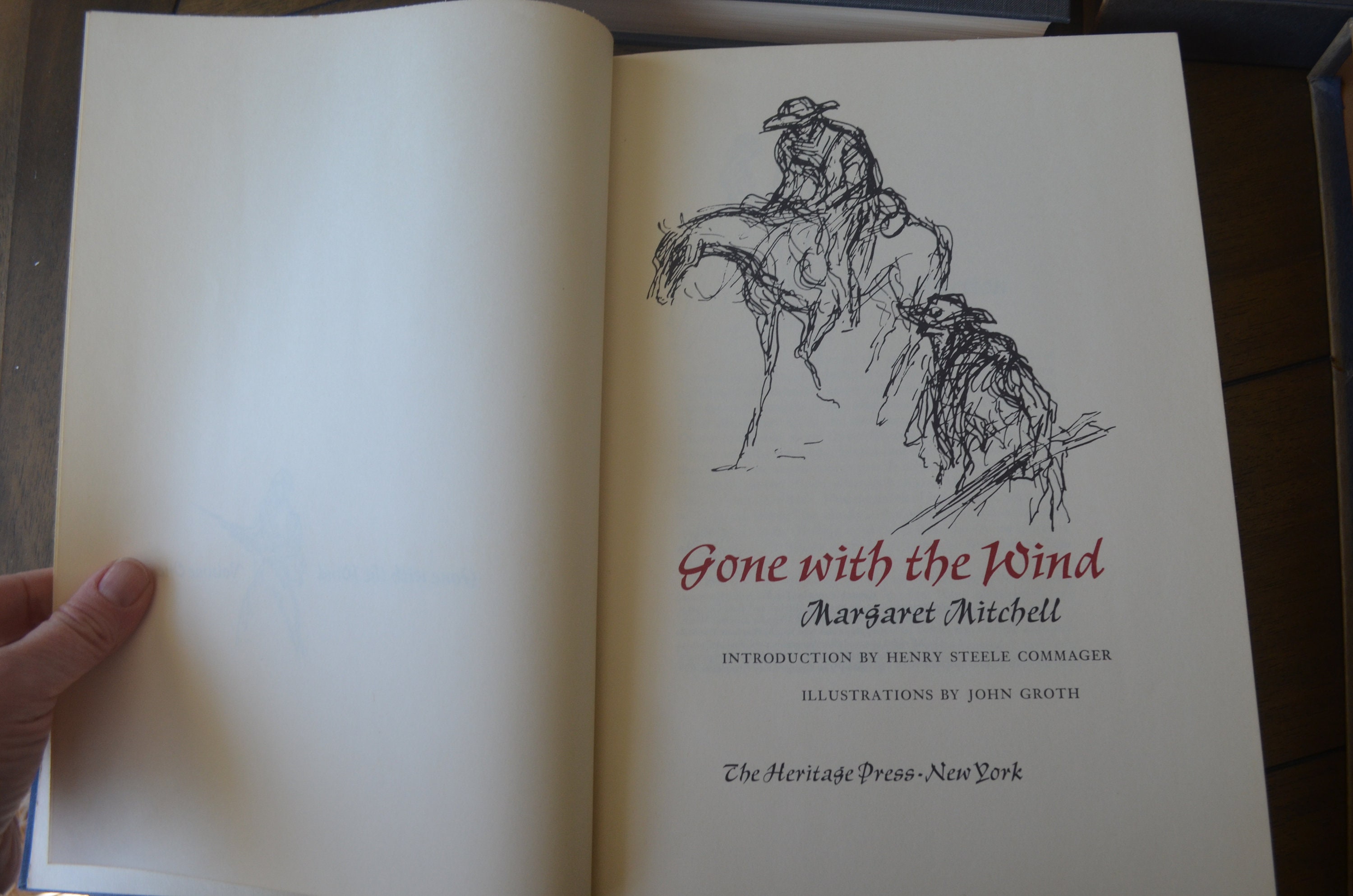 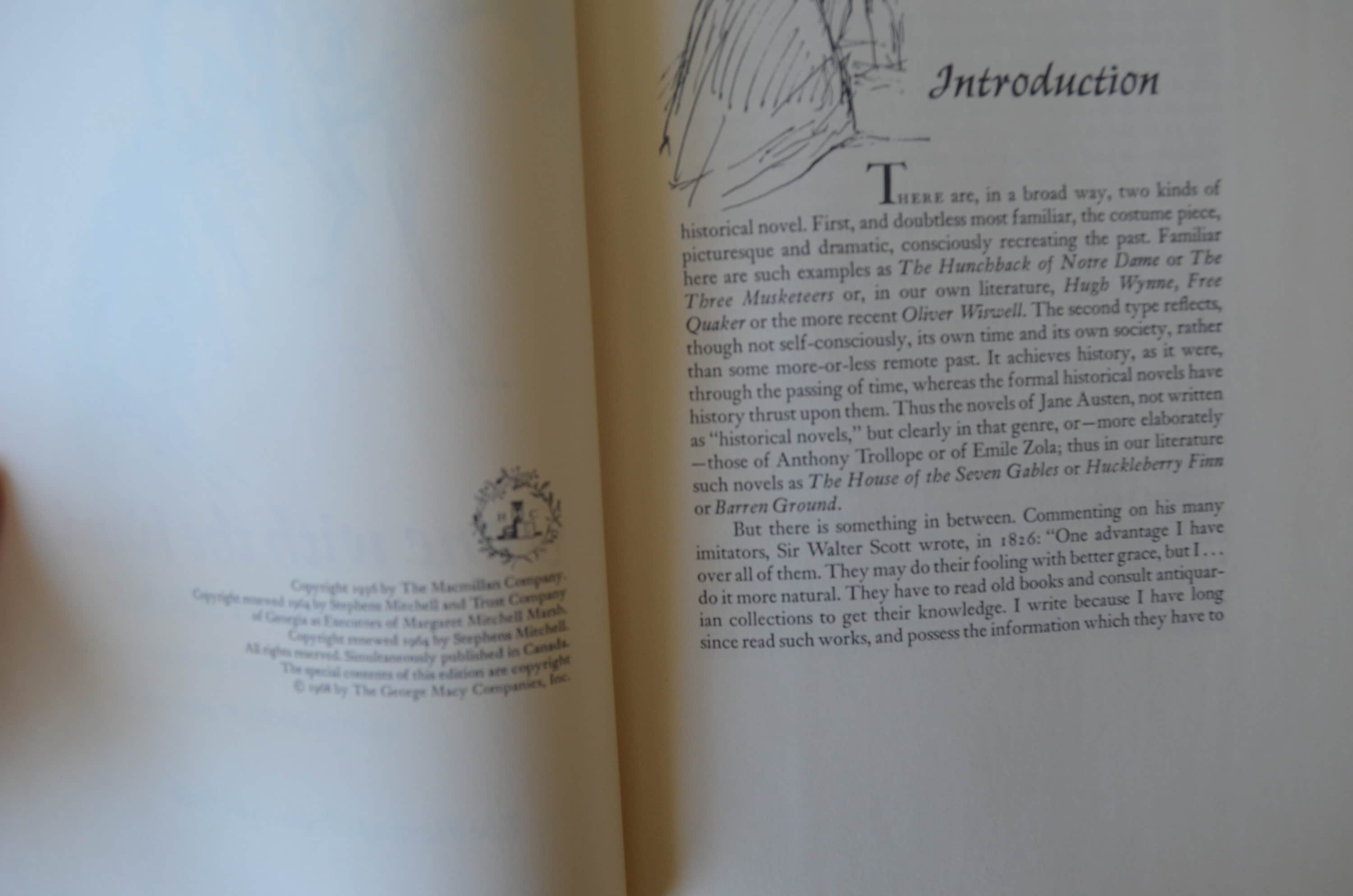 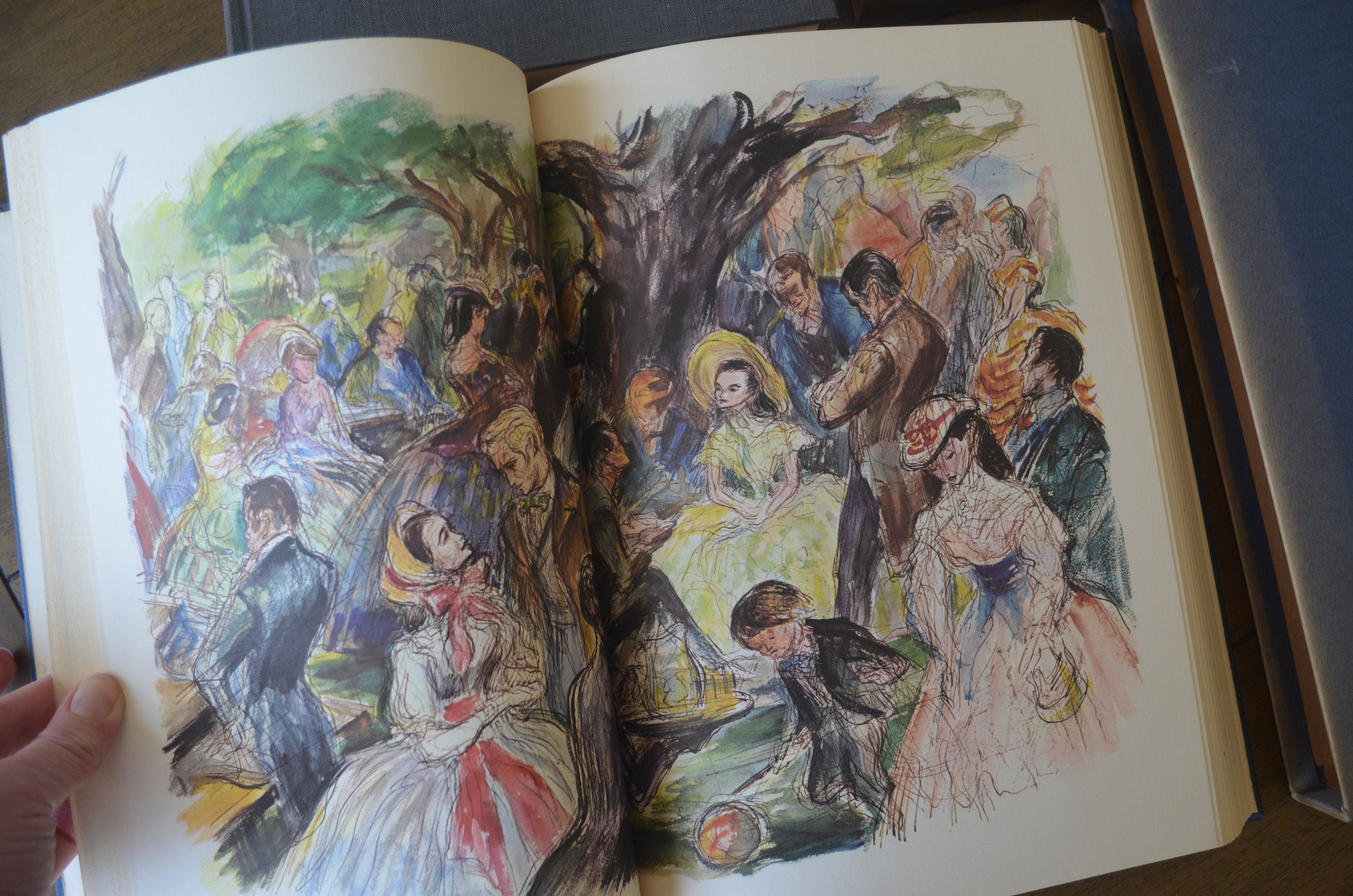 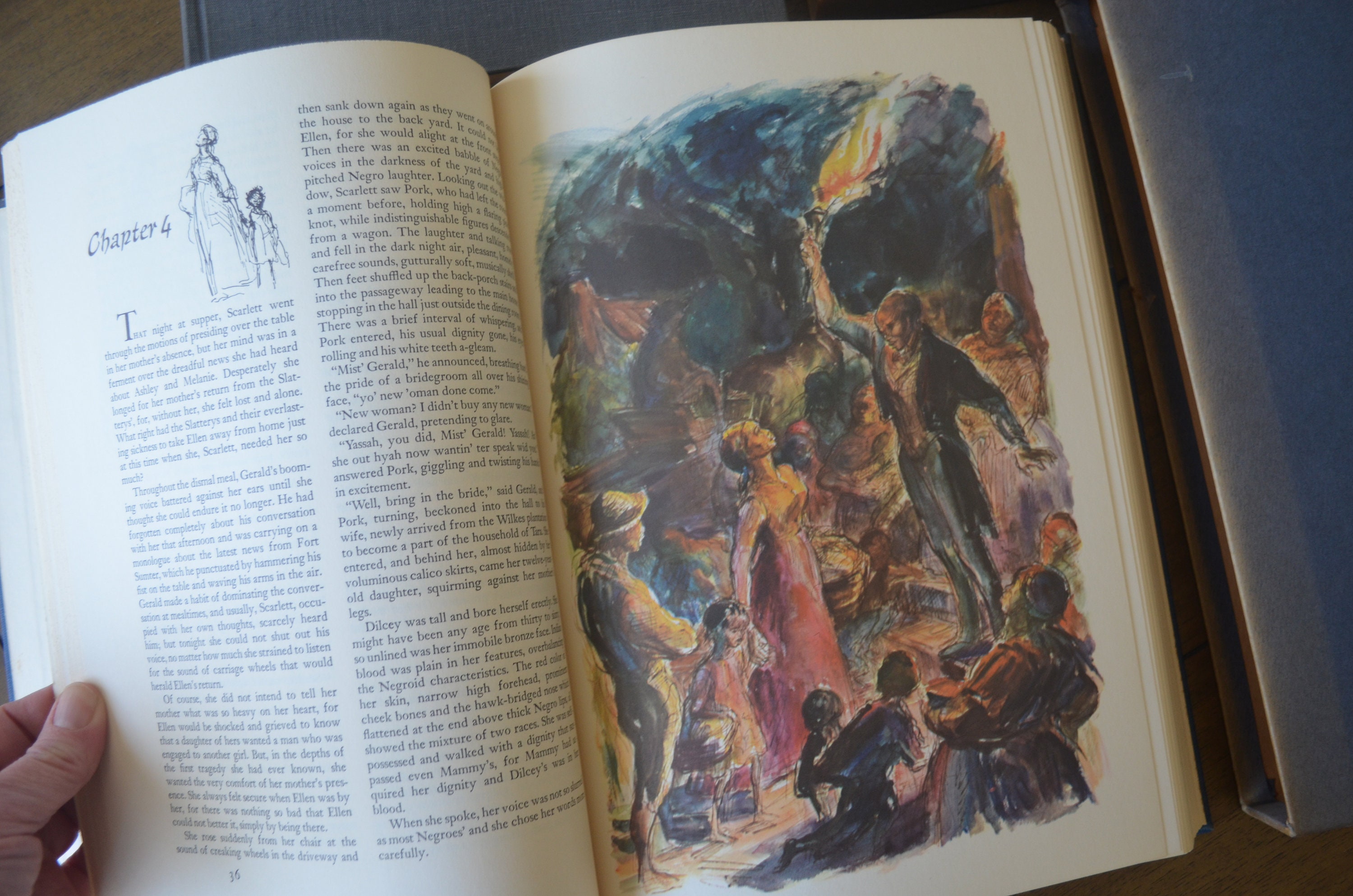 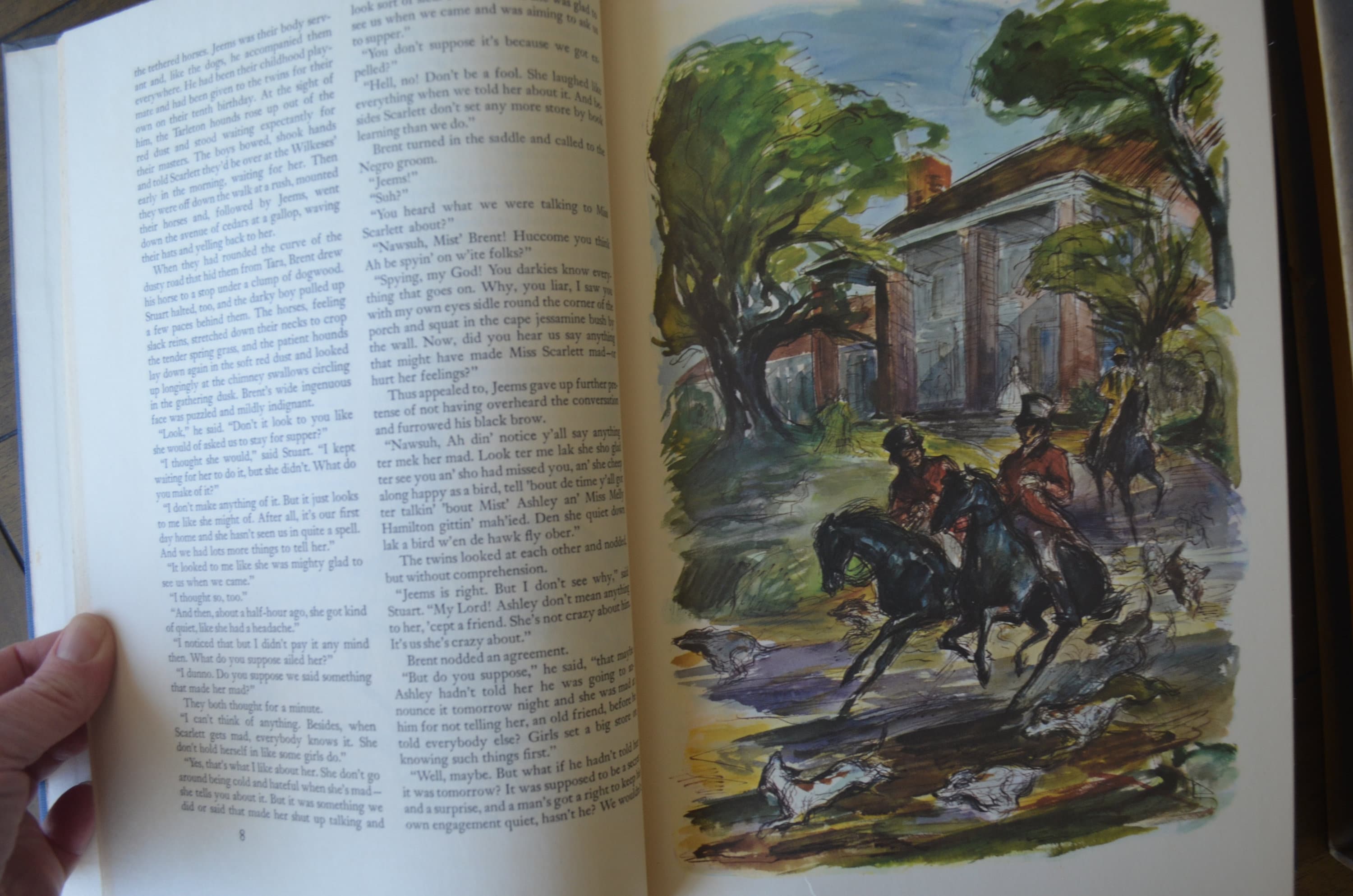 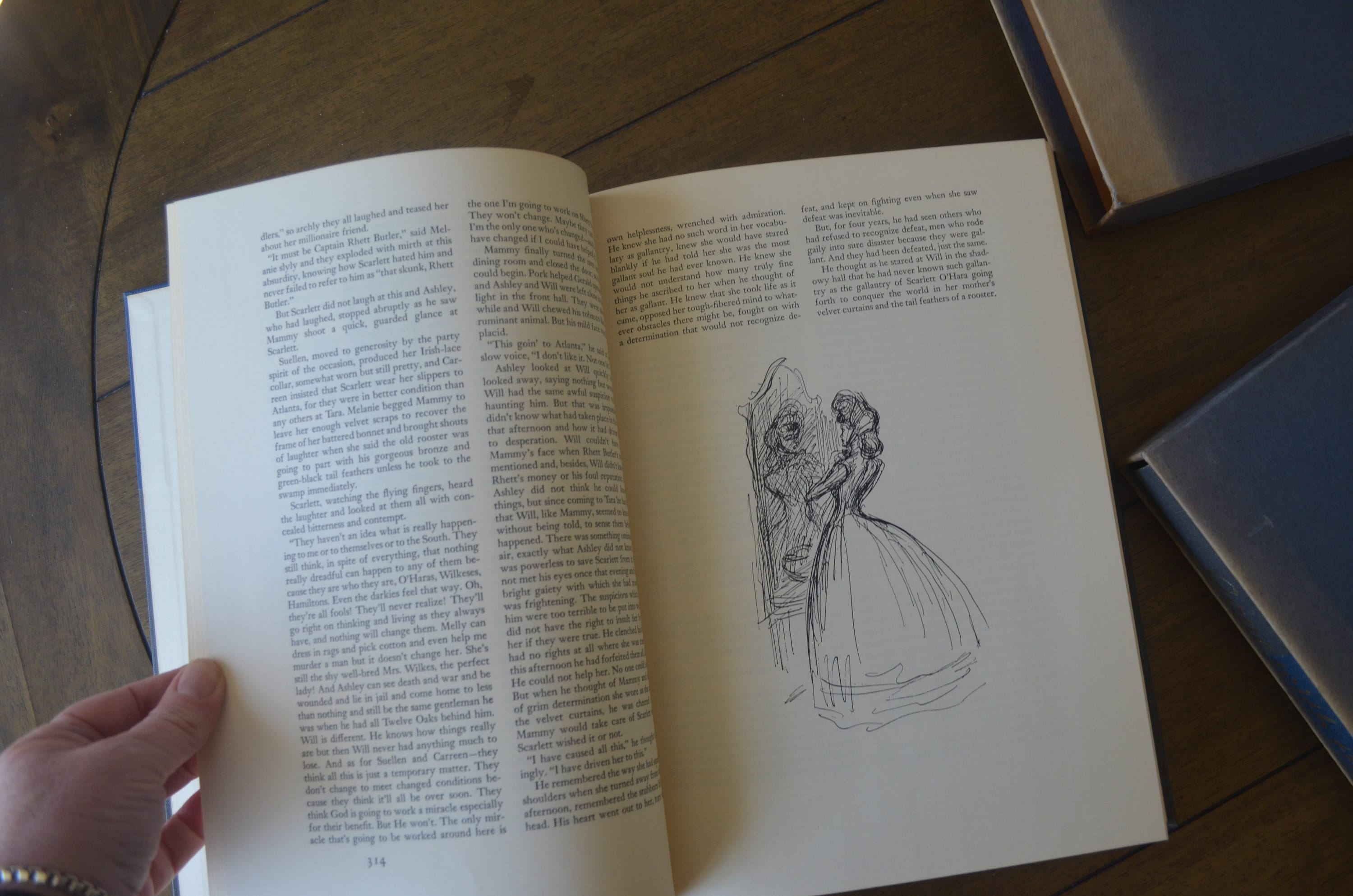 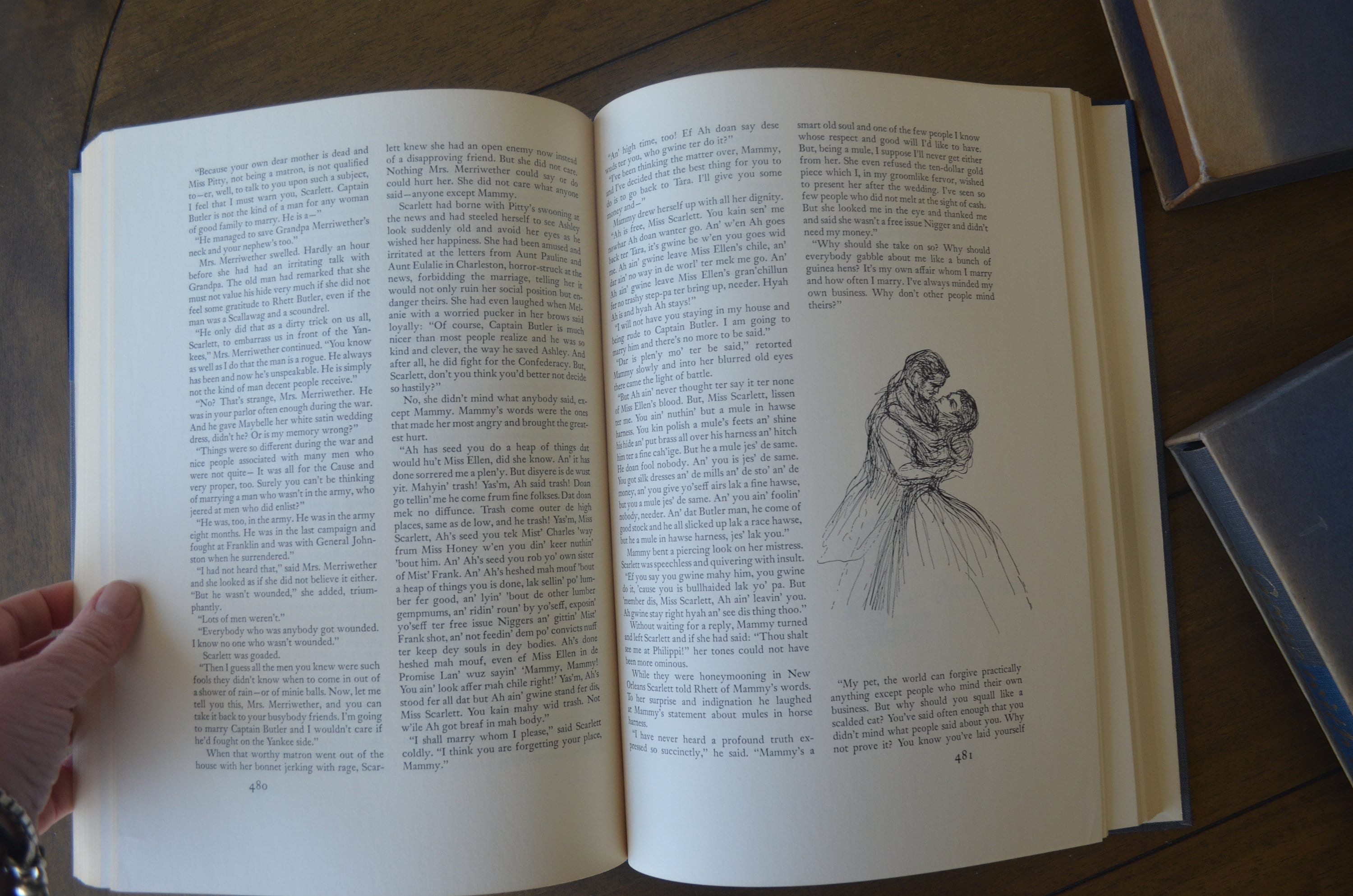 Gone with the Wind, by Margaret Mitchell, Two Volumes, The Heritage Press 1968, Vintage Book in a Box

Blue and grey cloth cover with gold lettering on spine. Clean and bright. Fading on box. No Sandglass, See pictures for more evidence of condition.

***
Gone with the Wind is a novel by American writer Margaret Mitchell, first published in 1936. The story is set in Clayton County and Atlanta, both in Georgia, during the American Civil War and Reconstruction Era. It depicts the struggles of young Scarlett O'Hara, the spoiled daughter of a well-to-do plantation owner, who must use every means at her disposal to claw her way out of poverty following Sherman's destructive "March to the Sea". This historical novel features a coming-of-age story, with the title taken from the poem “Non Sum Qualis eram Bonae Sub Regno Cynarae”, written by Ernest Dowson.[2]

Gone with the Wind was popular with American readers from the outset and was the top American fiction bestseller in 1936 and 1937. As of 2014, a Harris poll found it to be the second favorite book of American readers, just behind the Bible. More than 30 million copies have been printed worldwide.

Gone with the Wind is a controversial reference point for subsequent writers of the South, both black and white. Scholars at American universities refer to, interpret, and study it in their writings. The novel has been absorbed into American popular culture.

Mitchell received the Pulitzer Prize for Fiction for the book in 1937. It was adapted into the 1939 film of the same name, which has been considered to be one of the greatest movies ever made and also received the Academy Award for Best Picture during the 12th annual Academy Awards ceremony. Gone with the Wind is the only novel by Mitchell published during her lifetime.