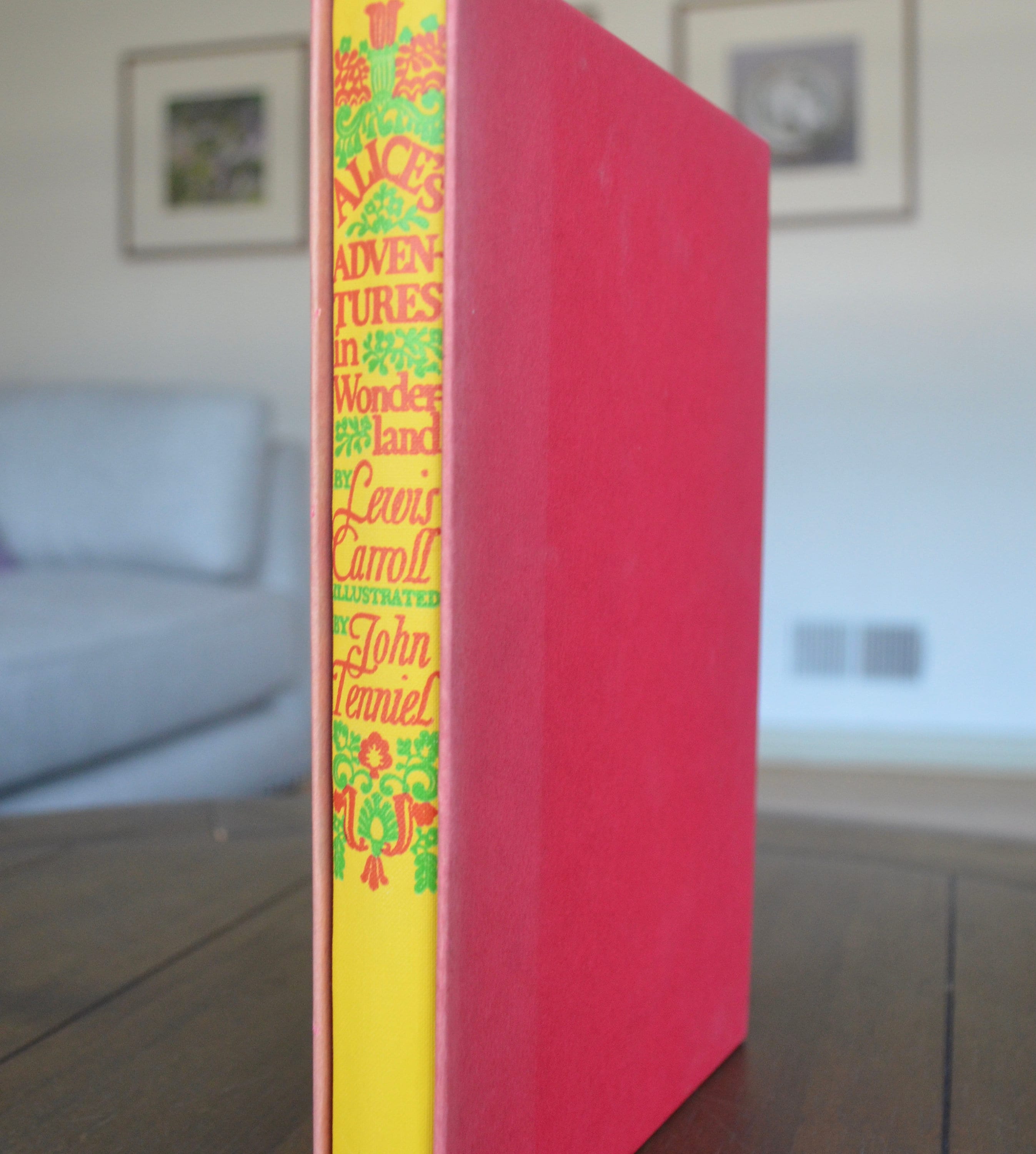 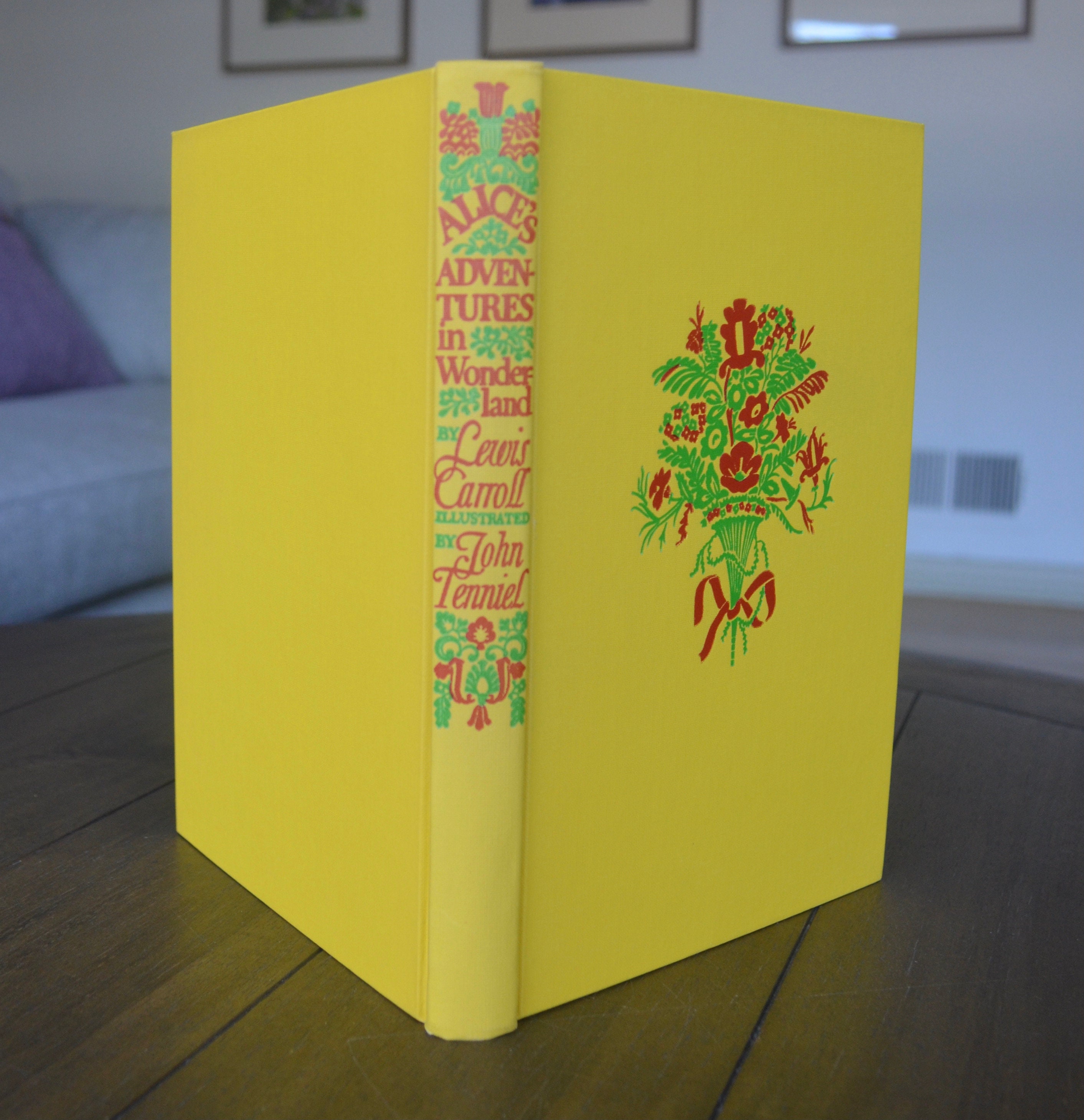 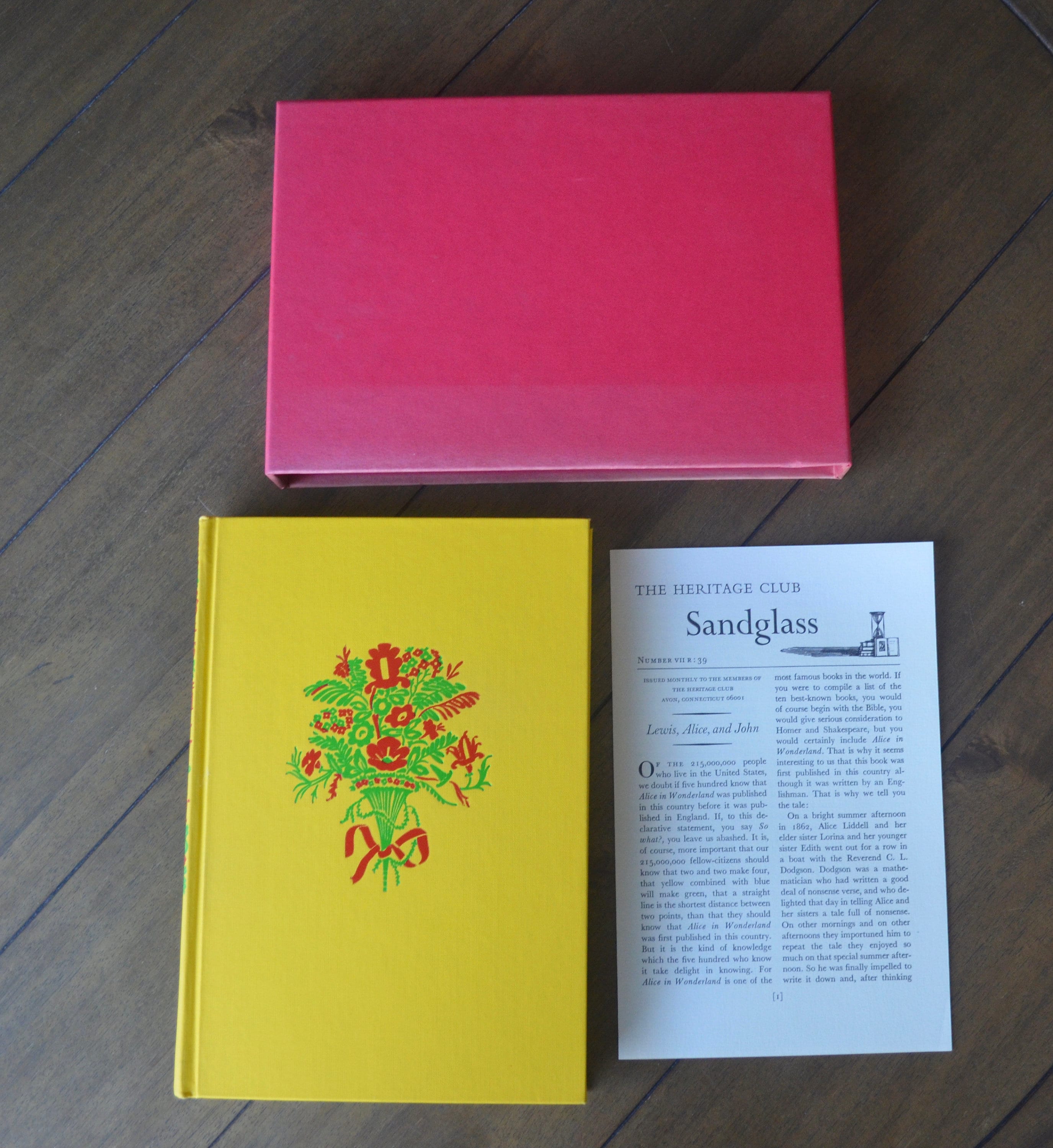 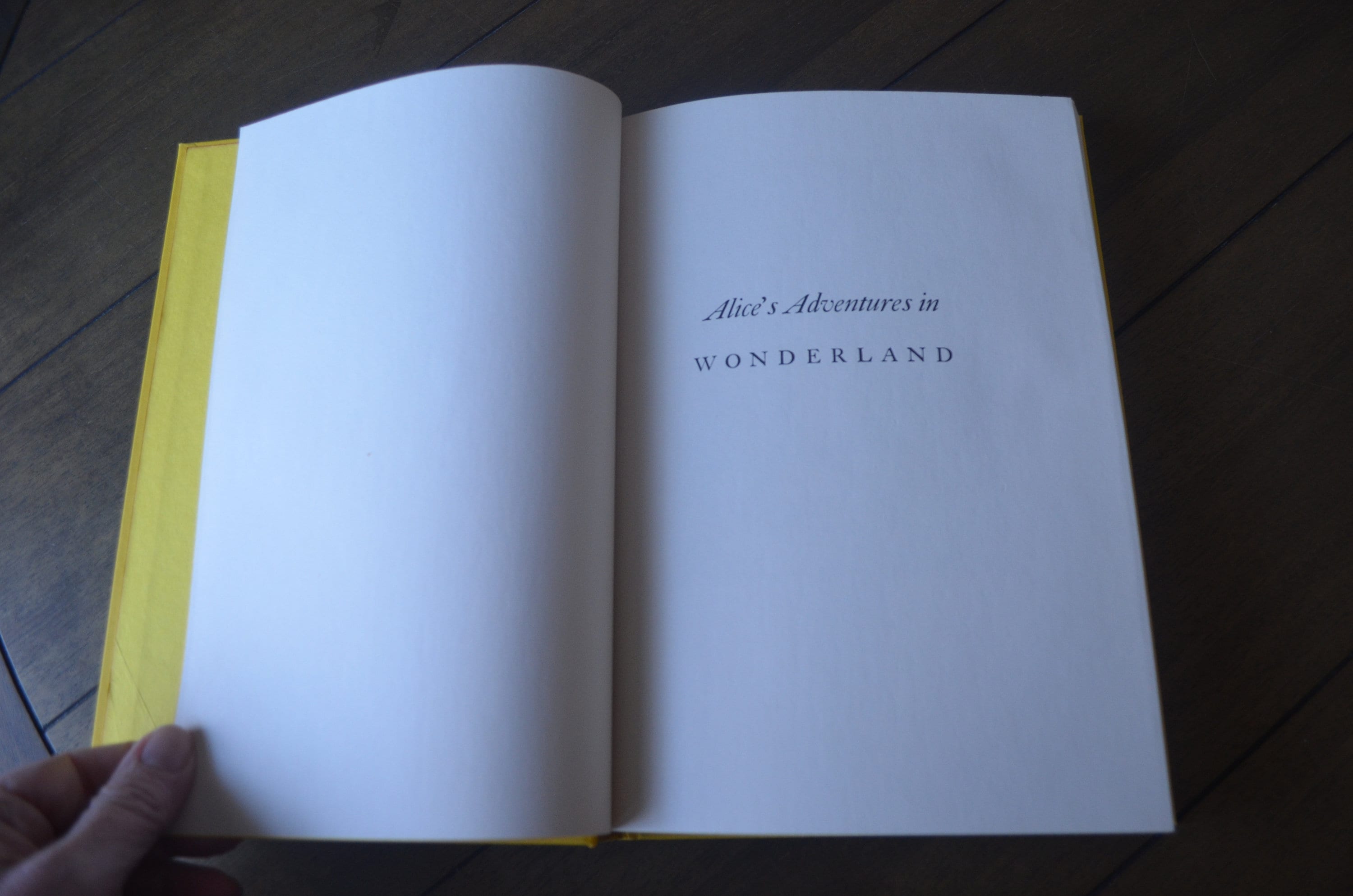 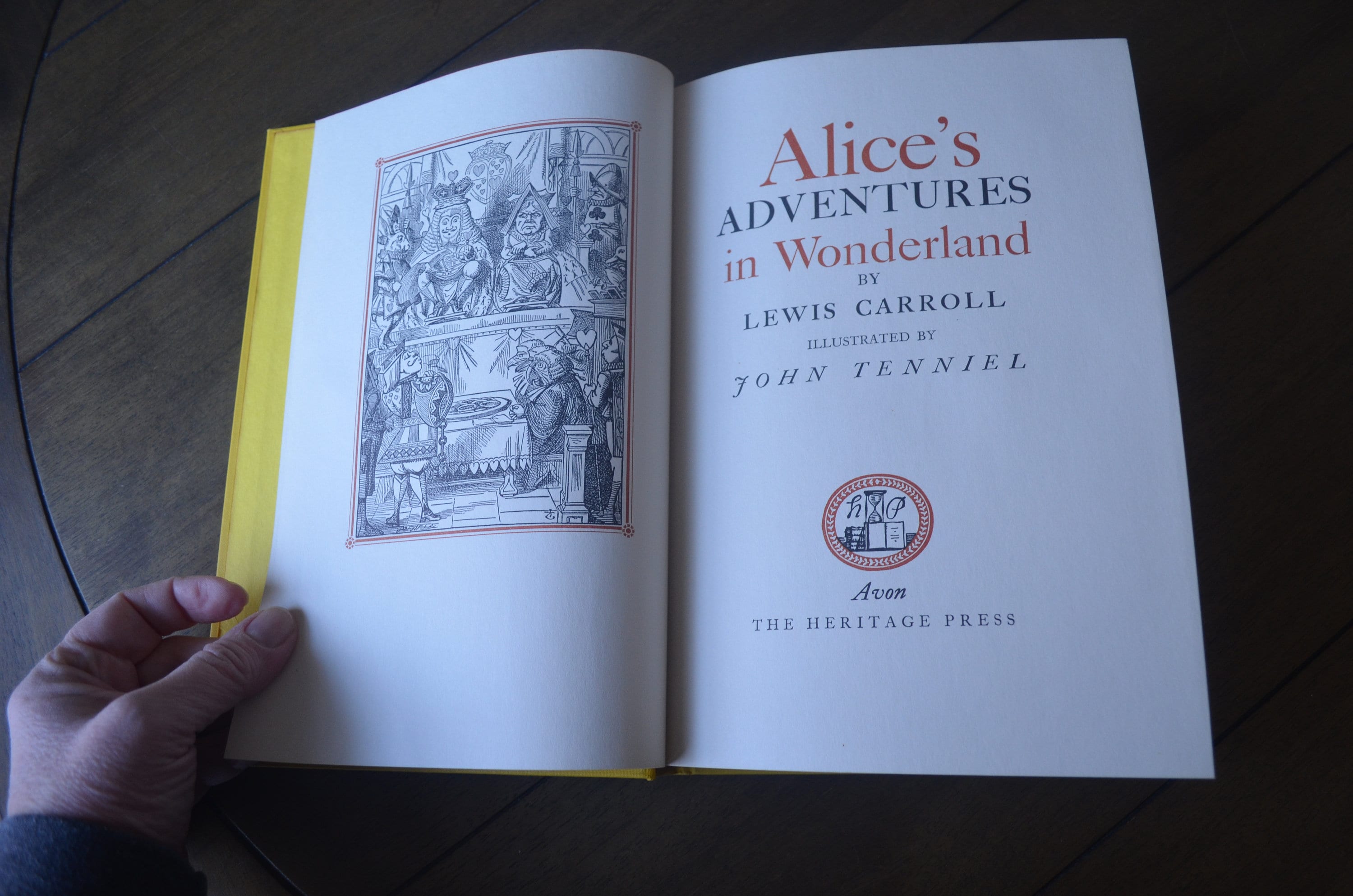 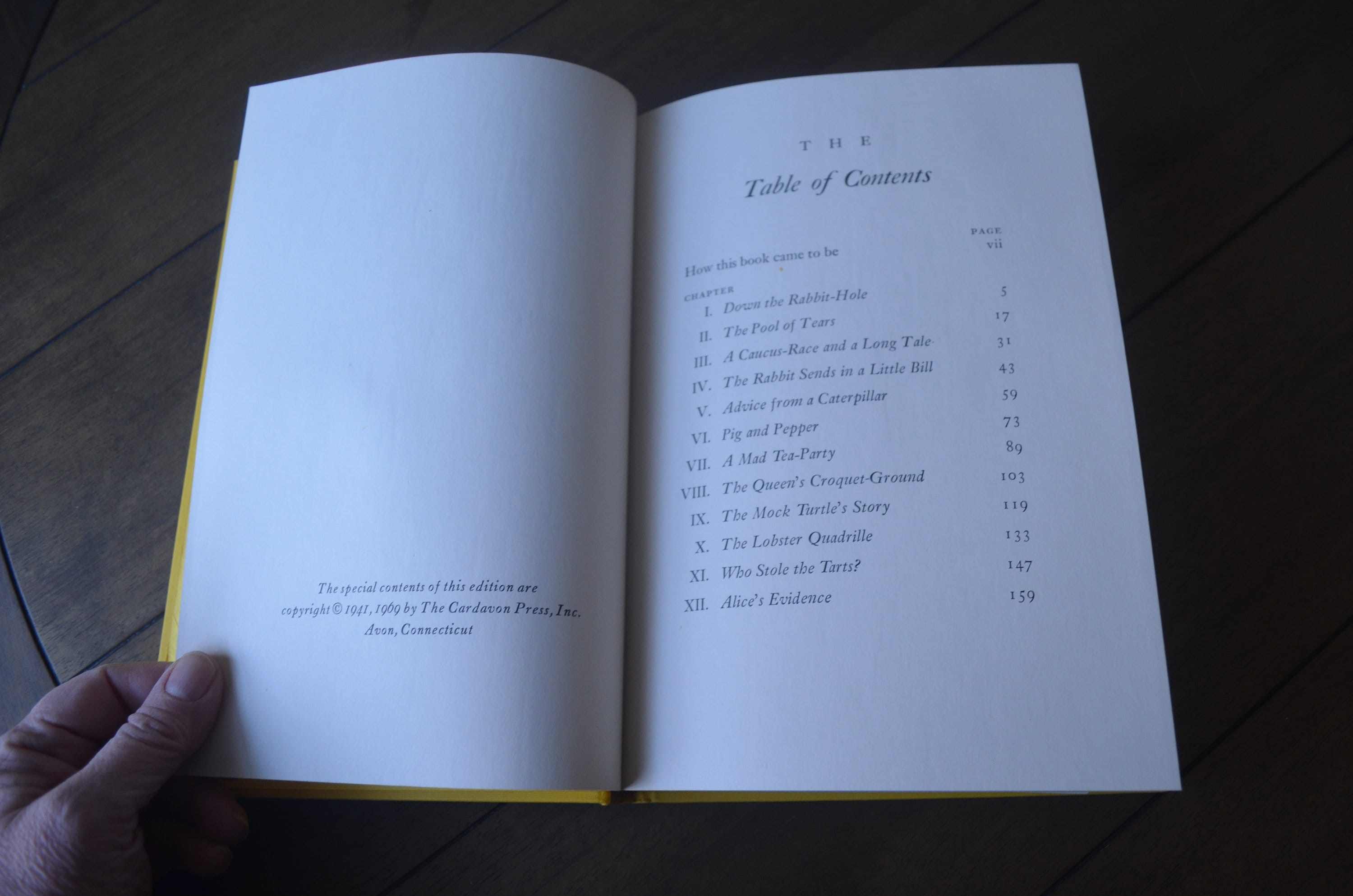 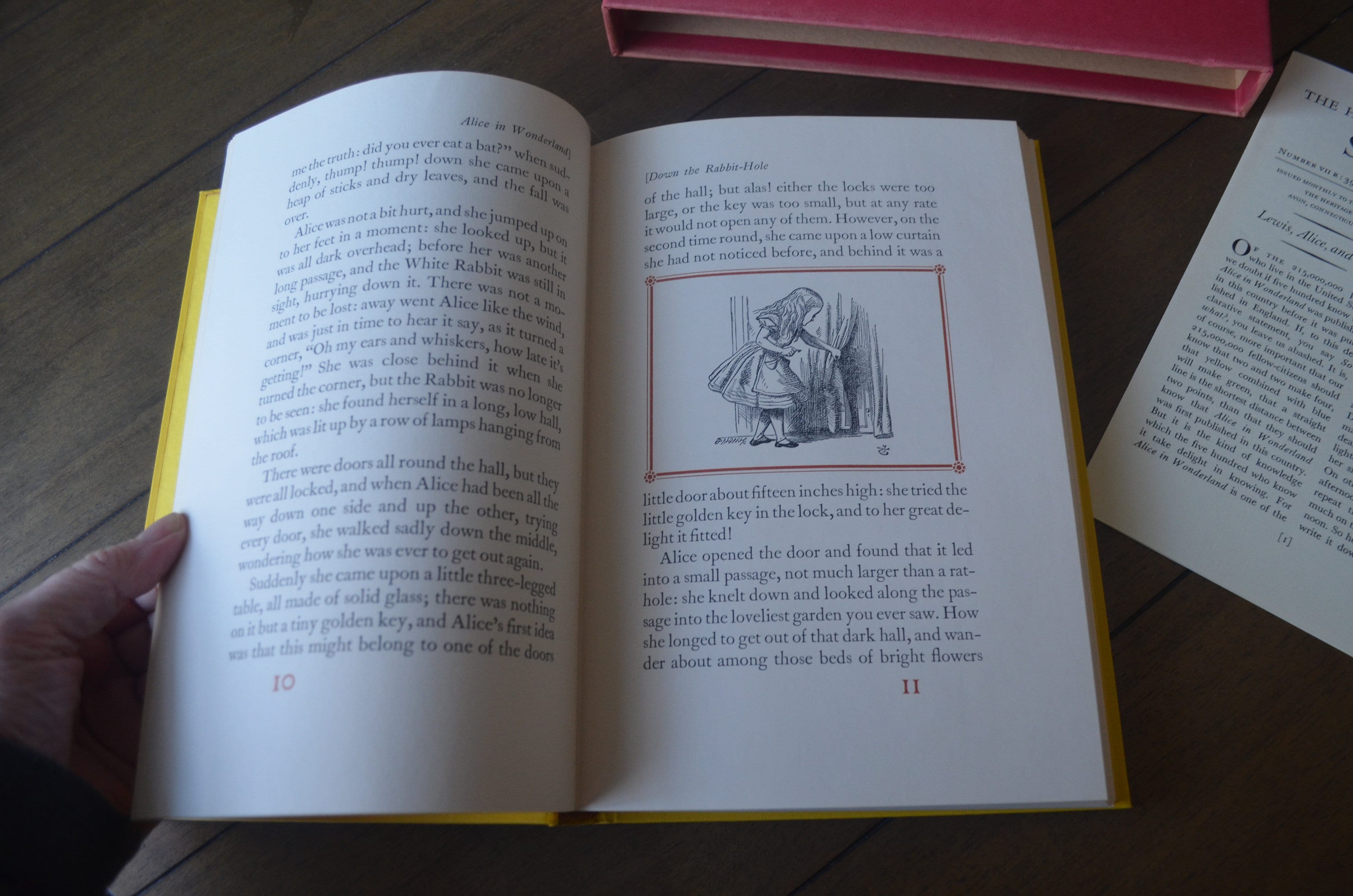 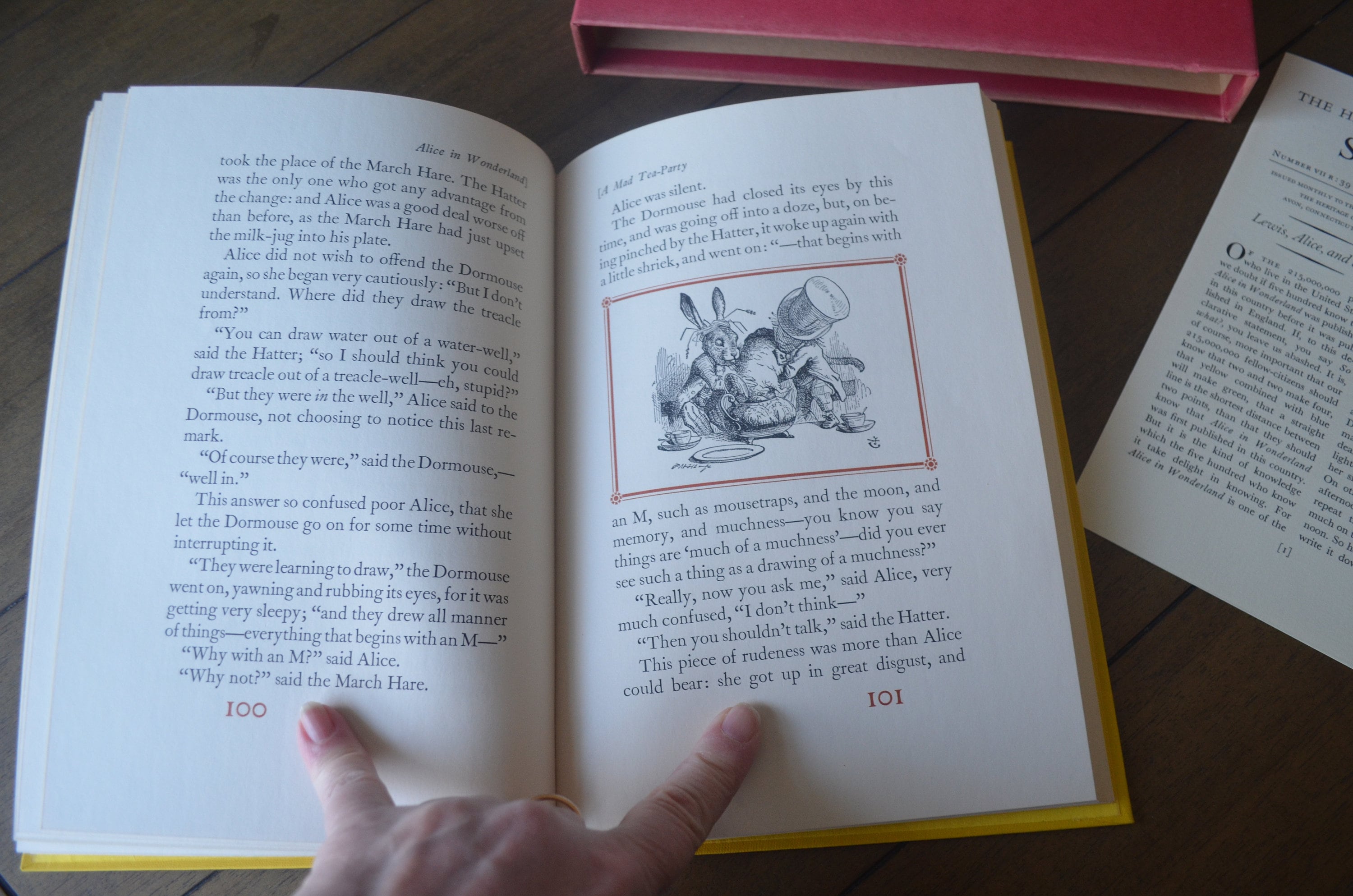 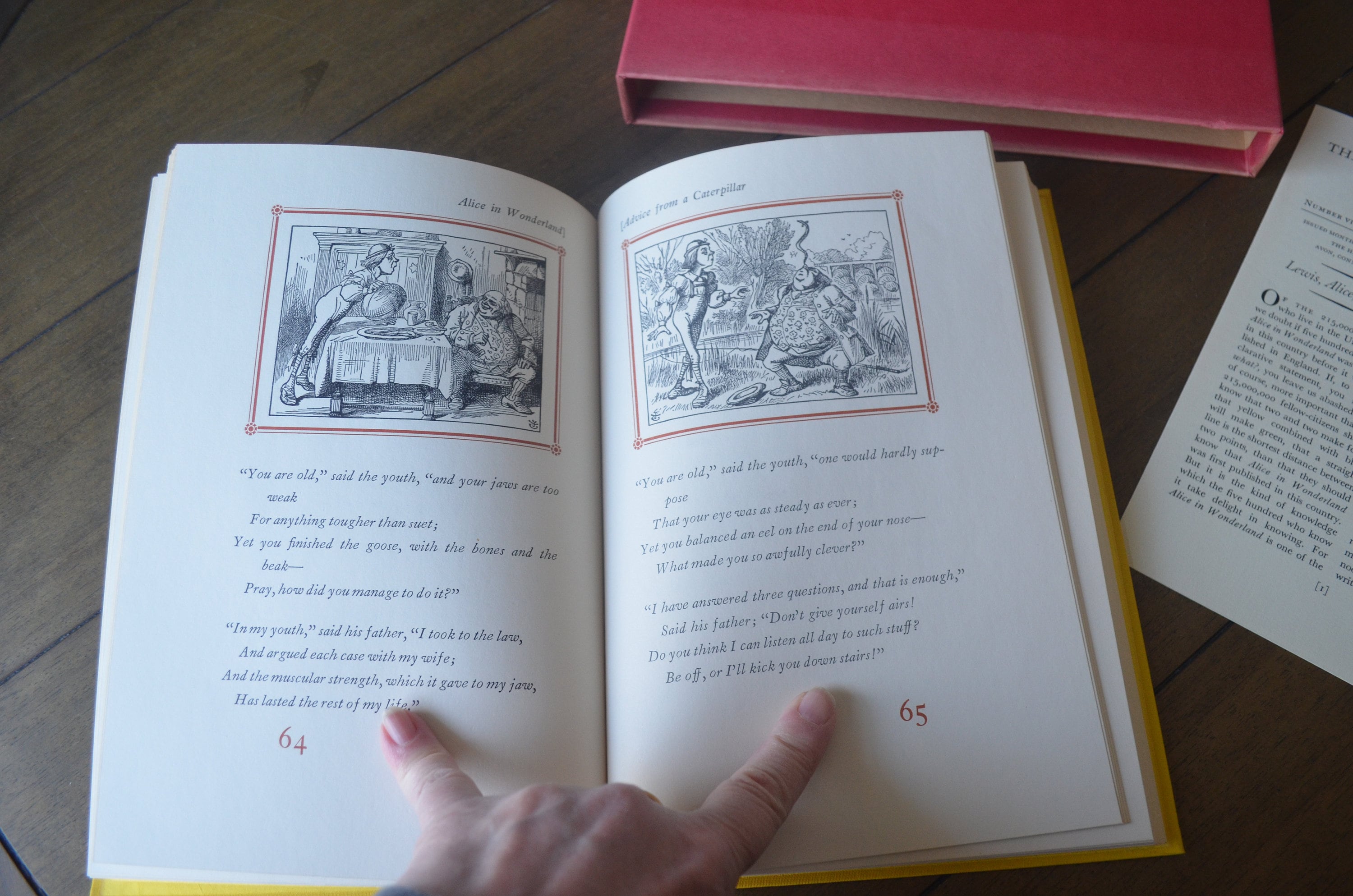 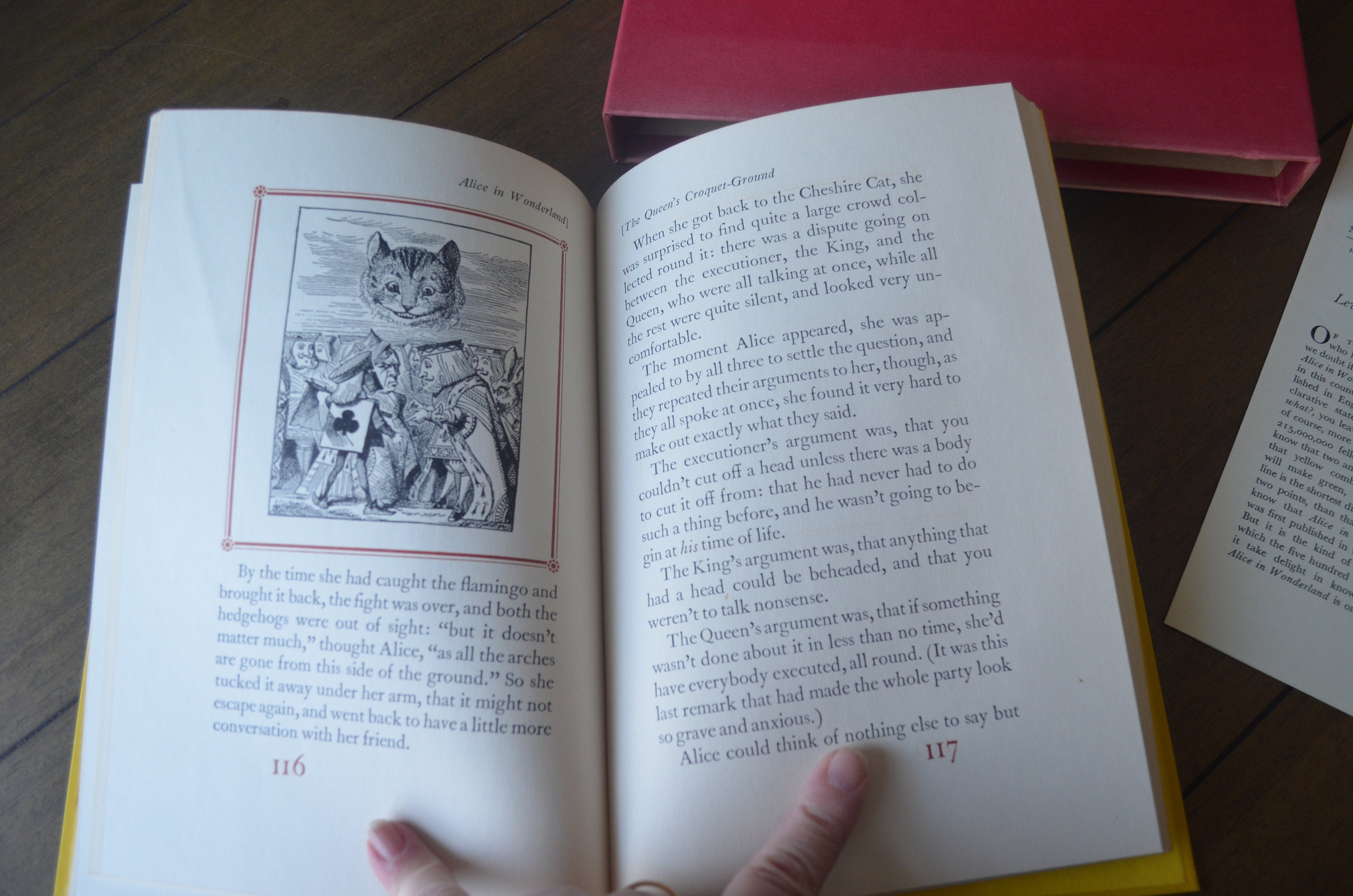 Alice's Adventures in Wonderland, by Lewis Carroll, The Heritage Press, 1969, Vintage Book in a Box, Children

Bright yellow cloth cover with red and green design, lettering, image of flowers on front and spine. Clean and bright. Slight fading on box. No Sandglass, See pictures for more evidence of condition.

***
Alice's Adventures in Wonderland (commonly shortened to Alice in Wonderland) is an 1865 novel by English author Lewis Carroll (the pseudonym of Charles Dodgson).[1] It tells of a young girl named Alice, who falls through a rabbit hole into a subterranean fantasy world populated by peculiar, anthropomorphic creatures. It is considered to be one of the best examples of the literary nonsense genre.[2][3] The tale plays with logic, giving the story lasting popularity with adults as well as with children.[2]

One of the best-known and most popular works of English-language fiction, its narrative, structure, characters and imagery have been enormously influential in popular culture and literature, especially in the fantasy genre.[3] The work has never been out of print, and it has been translated into at least 97 languages.[4] Its ongoing legacy encompasses many adaptations for stage, screen, radio, art, theme parks, board games, and video games.[5] Carroll published a sequel in 1871, entitled Through the Looking-Glass, and a shortened version for young children, The Nursery "Alice", in 1890.