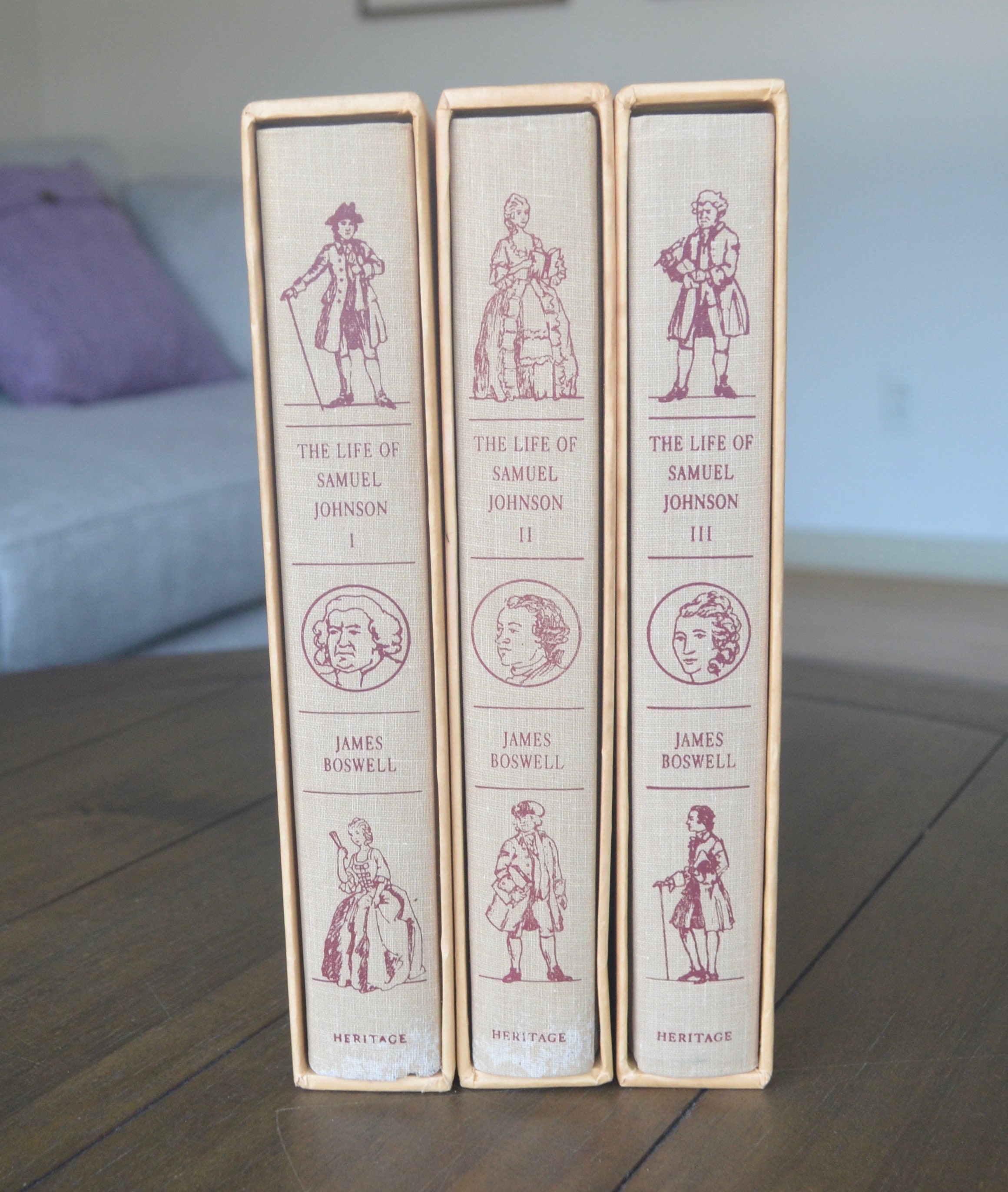 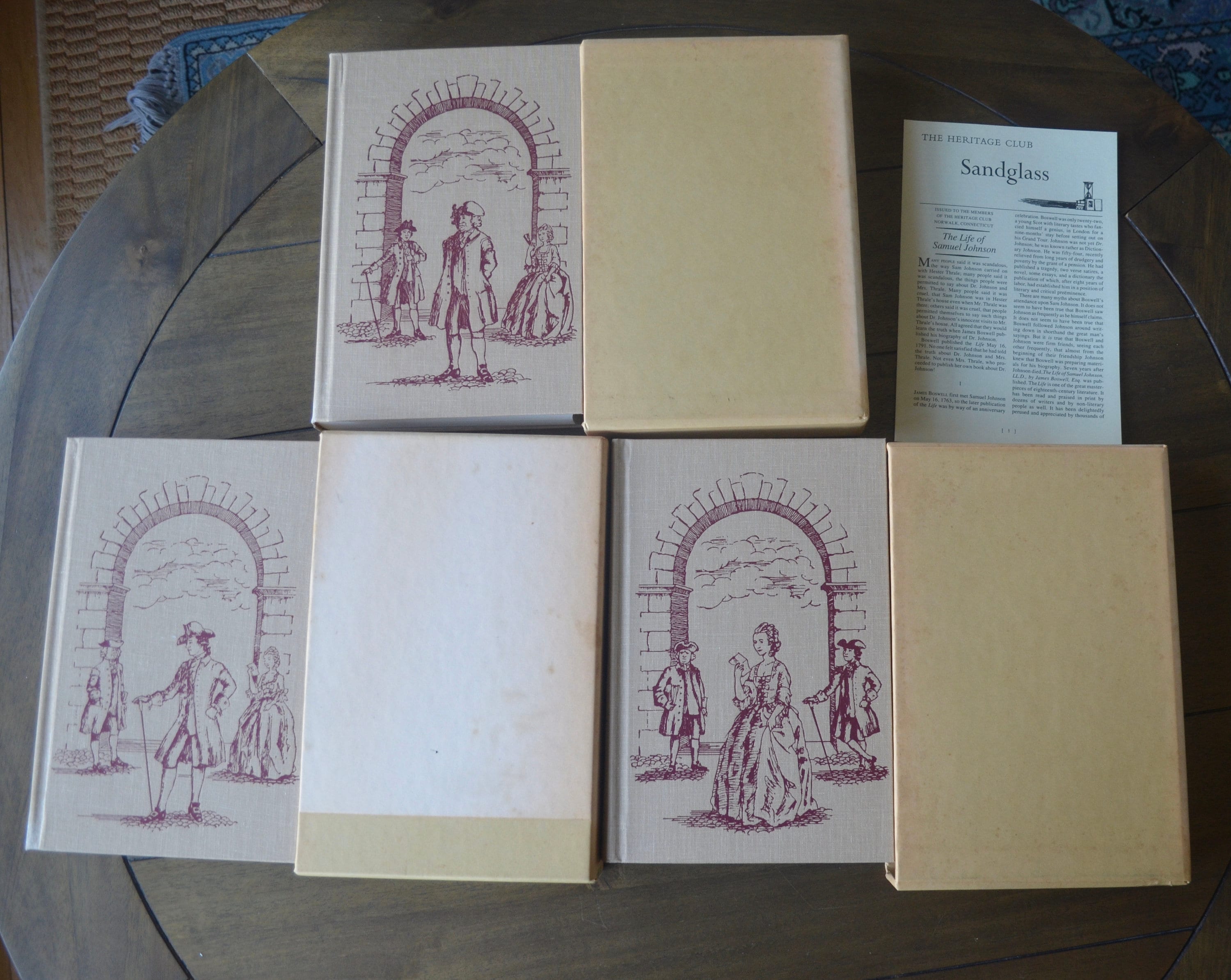 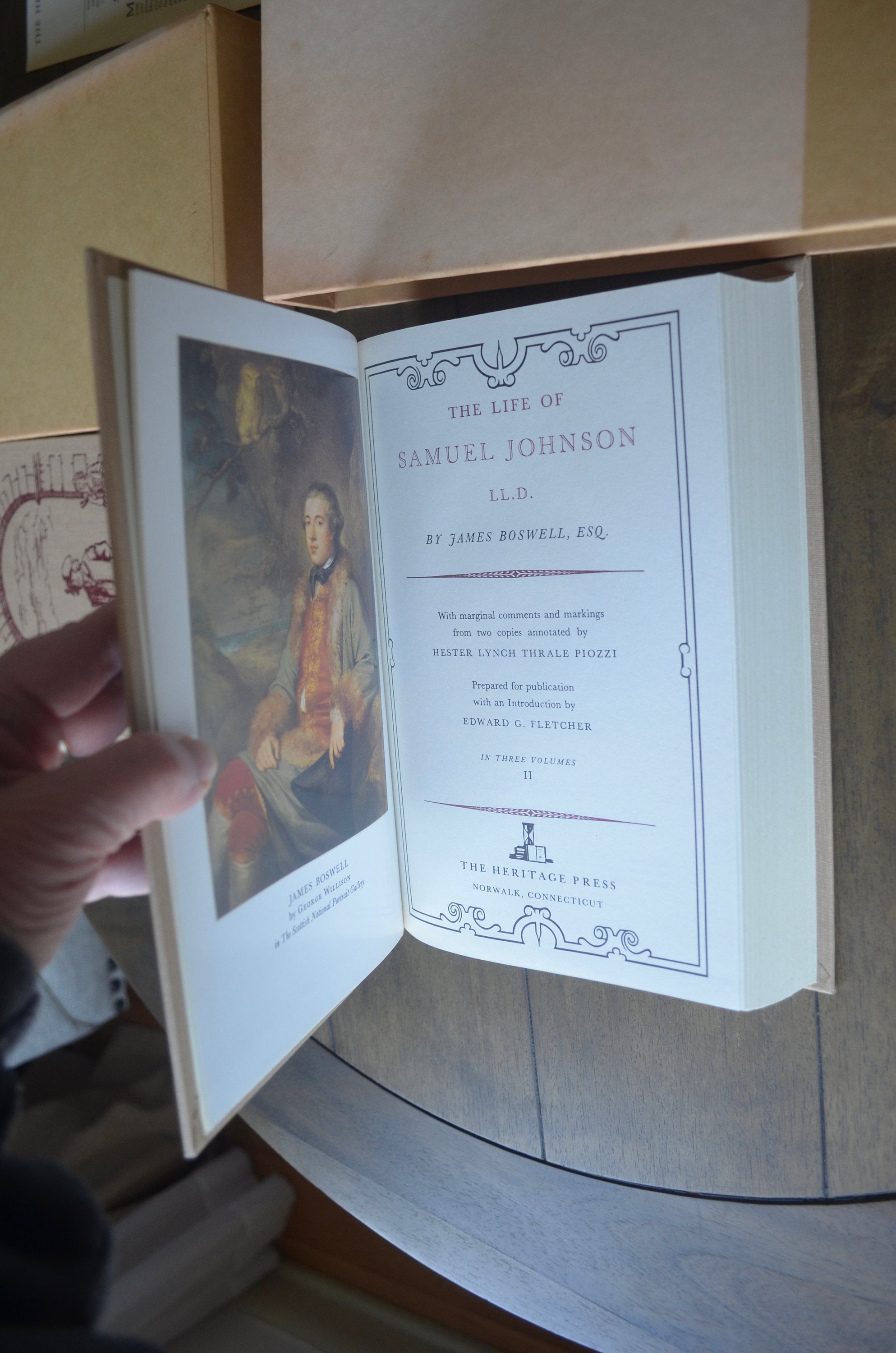 Never read. Tan cloth with red images of 18th century figures. Some aging at the bottom of the spine and on the box. See pictures for more evidence of condition.

The Life of Samuel Johnson, LL.D. (1791) by James Boswell is a biography of English writer Dr. Samuel Johnson. The work was from the beginning a critical and popular success, and represents a landmark in the development of the modern genre of biography. It is notable for its extensive reports of Johnson's conversation. Many have claimed it as the greatest biography written in English, but some modern critics object that the work cannot be considered a proper biography. Boswell's personal acquaintance with his subject began in 1763, when Johnson was 54 years old, and Boswell covered the entirety of Johnson's life by means of additional research. The biography takes many critical liberties with Johnson's life, as Boswell makes various changes to Johnson's quotations and even censors many comments. Nonetheless, the book is valued as both an important source of information on Johnson and his times, as well as an important work of literature.


***
About The Heritage Press