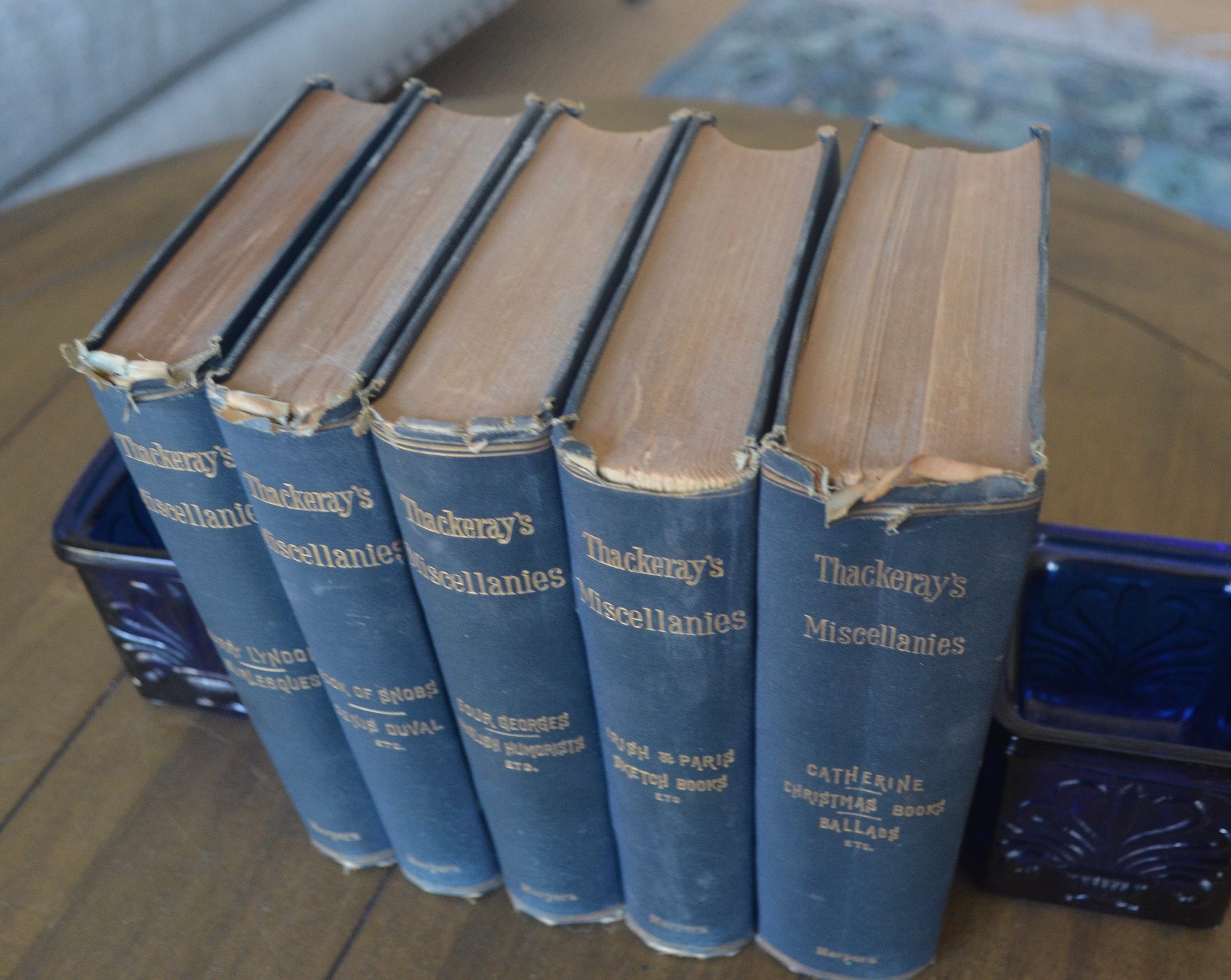 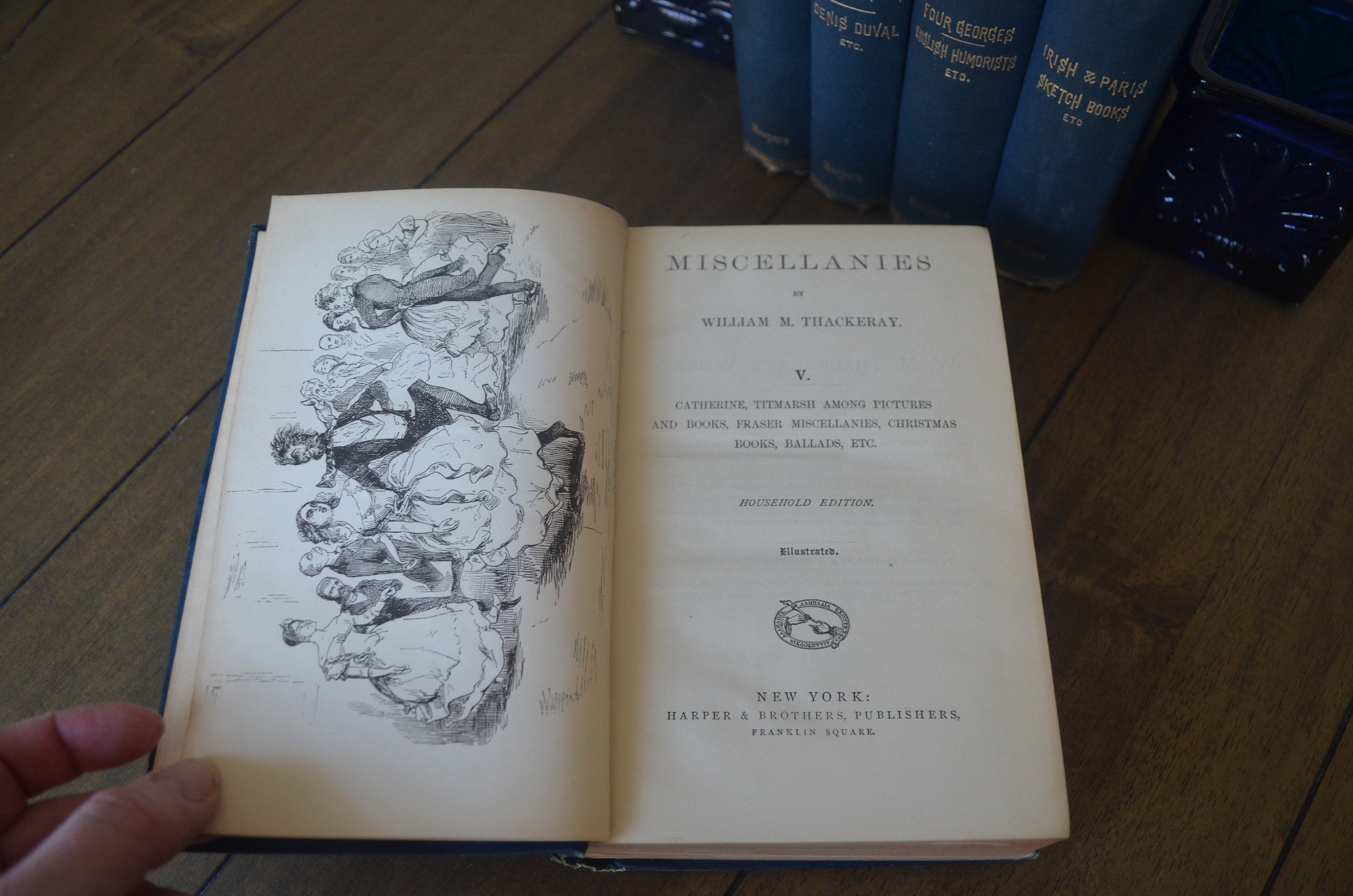 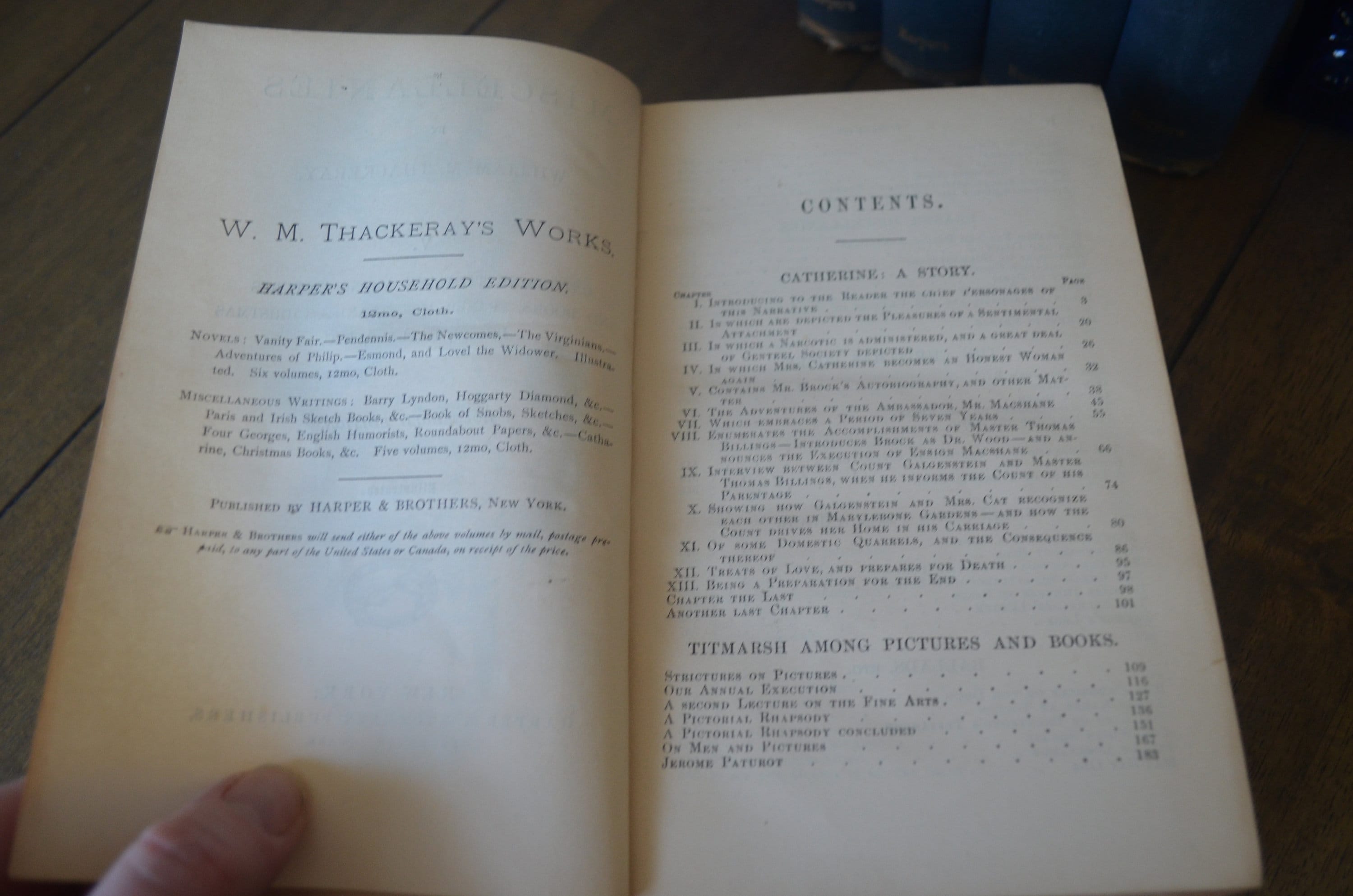 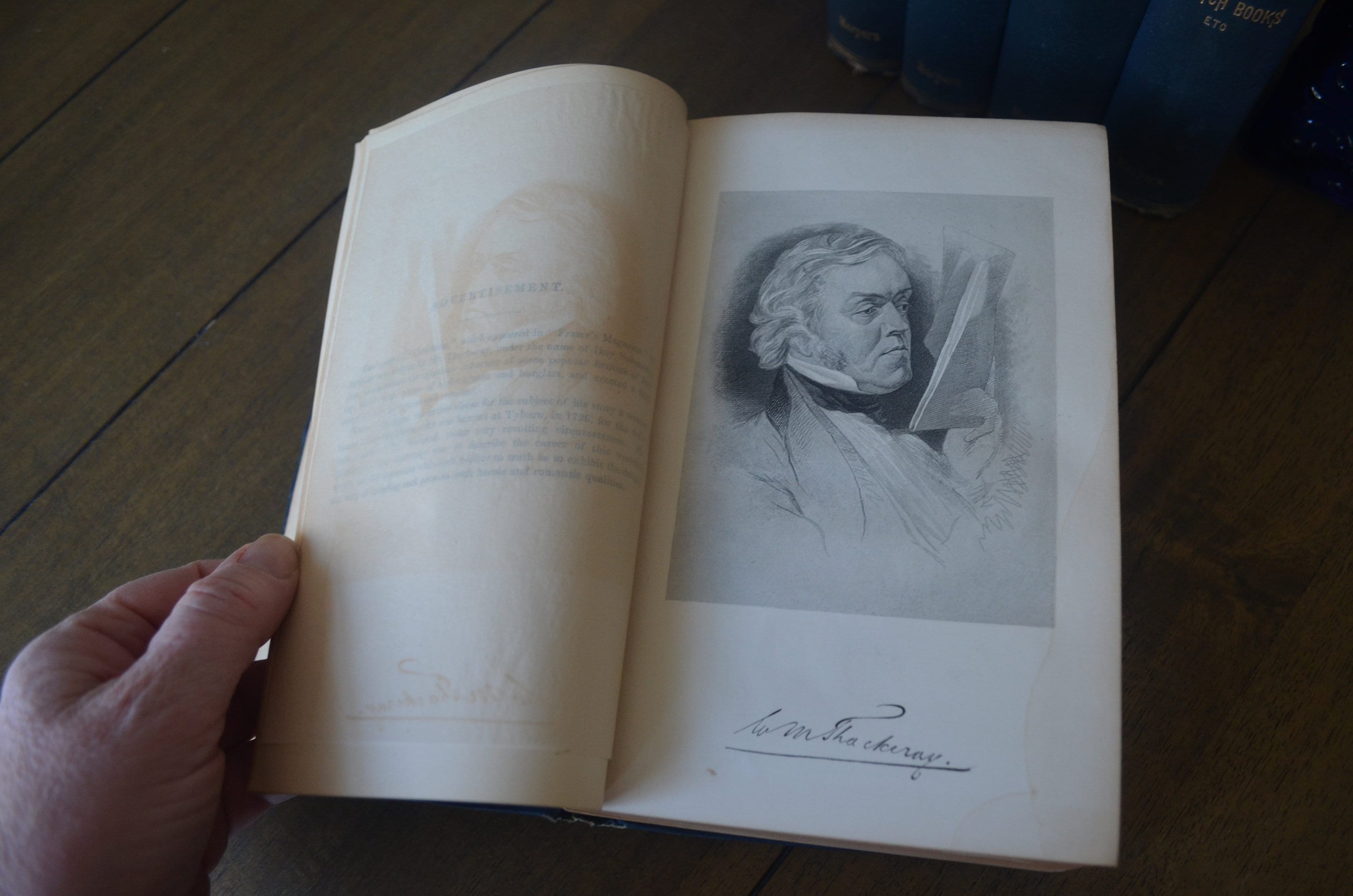 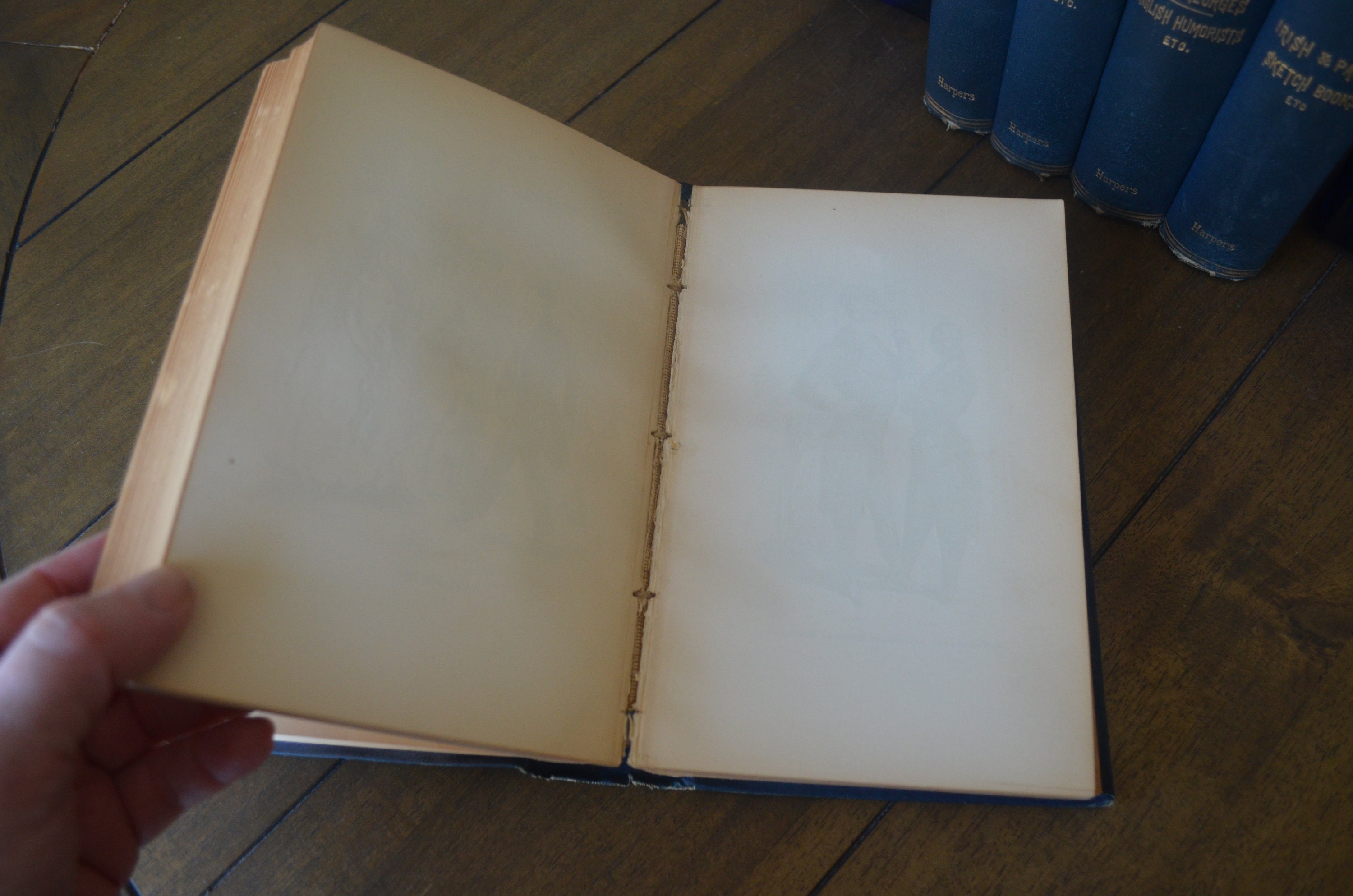 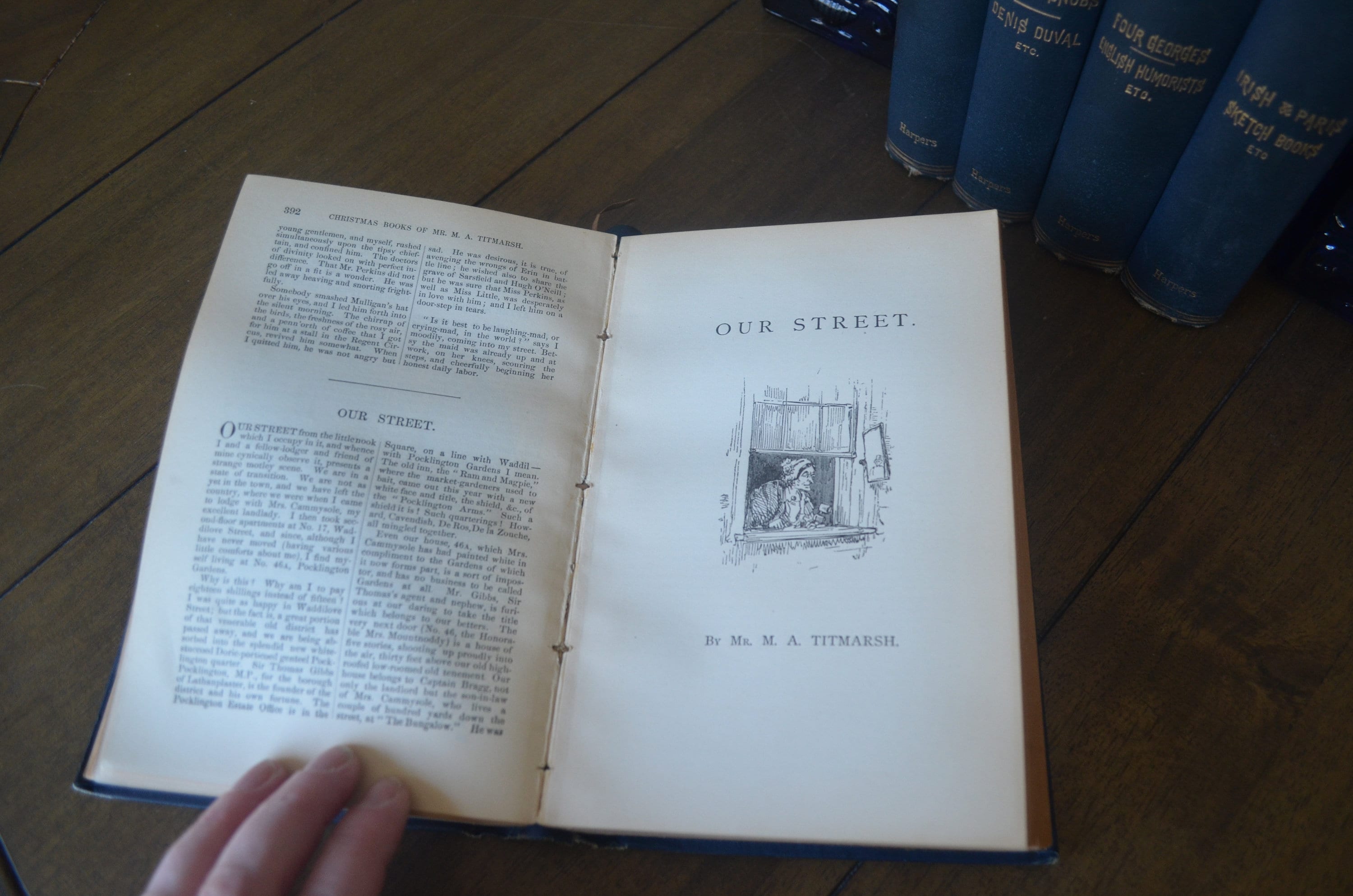 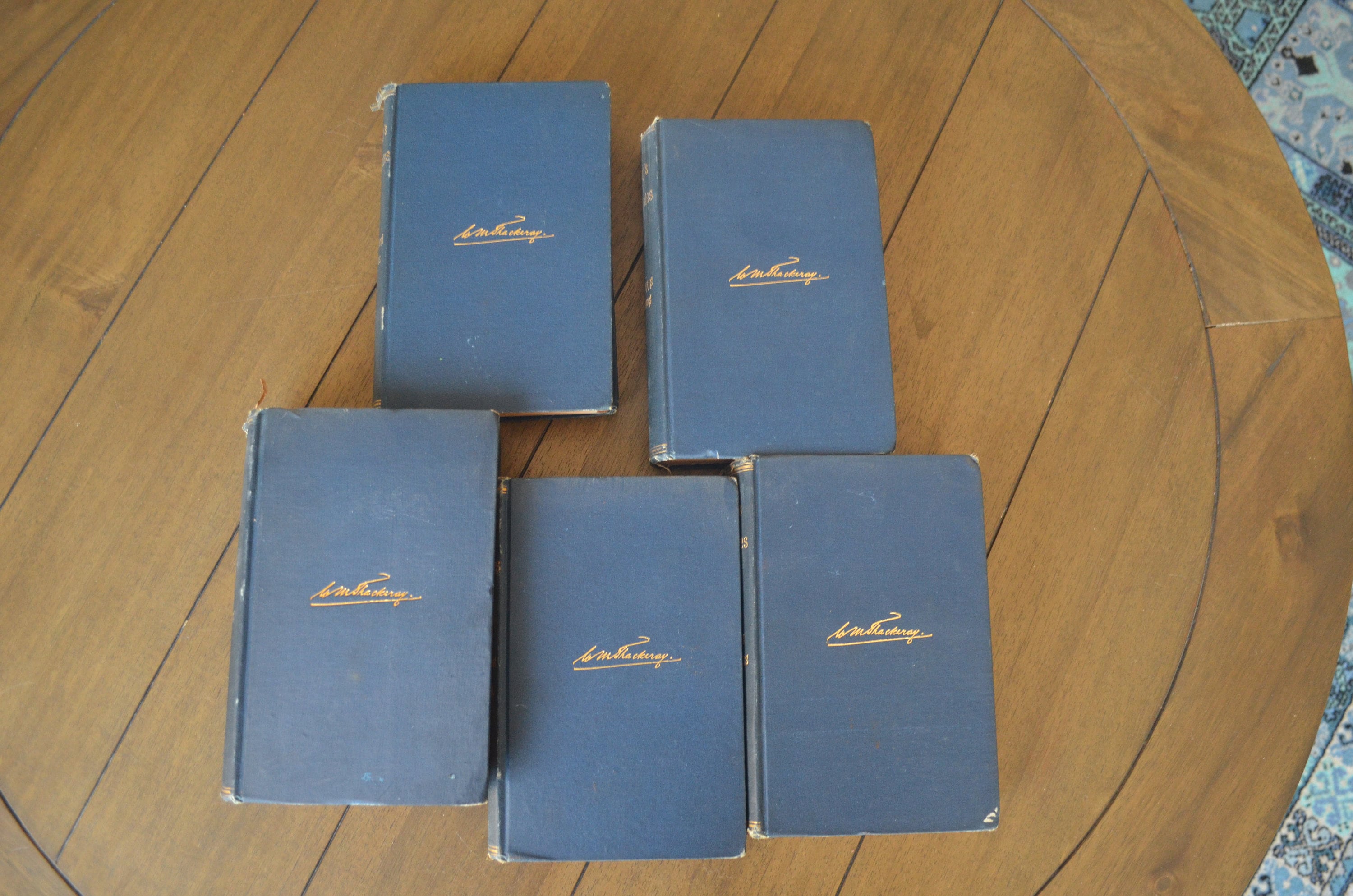 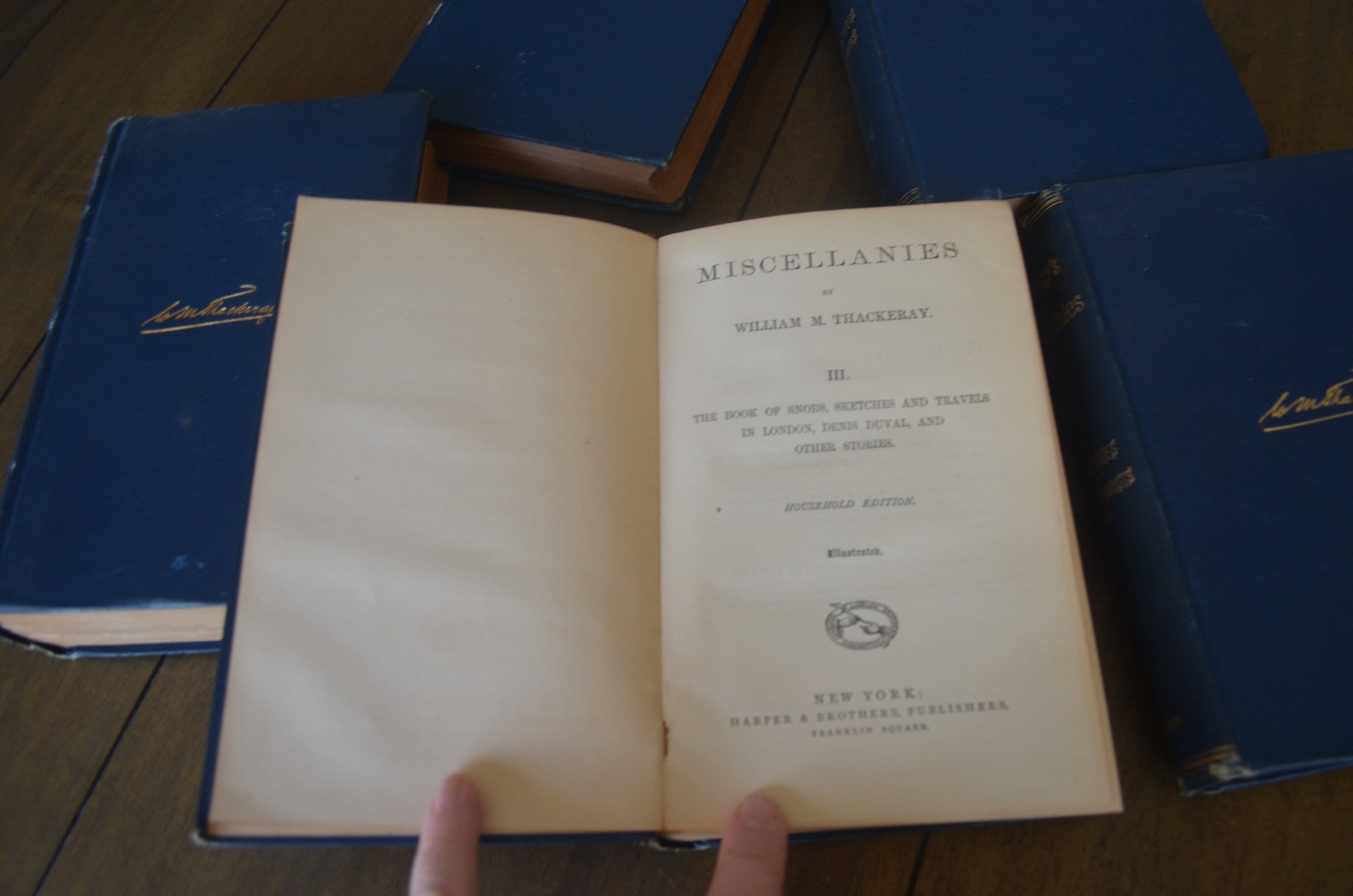 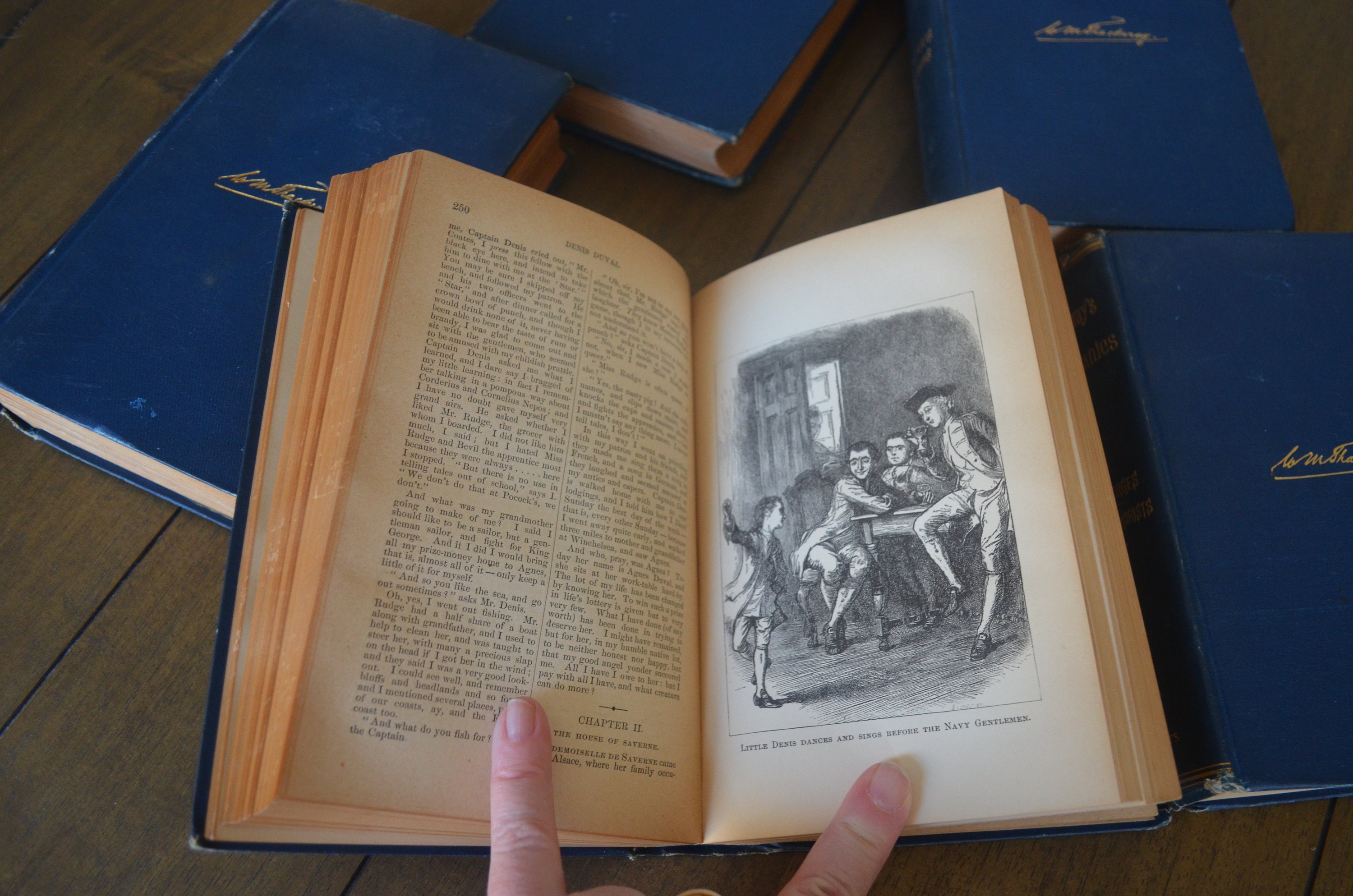 Five volumes in a set of books of the collected works of the Victorian author, William Makepeace Thackeray. Gold lettering on Dark blue cloth covers. Some tearing at the top of the spines. Chocolate brown end pages. Inside clean and tight. Binding great. See pictures for more evidence of condition.

These books are undated, but appear to be from the late 1800s to 1900. The gold lettering is still bright and has a nice vintage font. Books are in great condition for their age.

William Makepeace Thackeray (/ˈθækəri/; 18 July 1811 – 24 December 1863) was an English novelist, author and illustrator, who was born in India. He is known for his satirical works, particularly his 1848 novel Vanity Fair, a panoramic portrait of British society, and the 1844 novel The Luck of Barry Lyndon, which was adapted for a 1975 film by Stanley Kubrick.

Thackeray is probably best known now for Vanity Fair. Literary theorist Kornelije Kvas wrote that "the meteoric rise of the heroine of Vanity Fair Rebecca Sharp is a satirical presentation of the striving for profit, power and social recognition of the new middle class. Old and new members of the middle class strive to emulate the lifestyle of the higher class (noblemen and landowners), and thereby to increase their material possessions and to own luxury objects. In Vanity Fair, one can observe a greater degree of violation of moral values among members of the new middle class, for the decline of morality is proportionate to the degree of closeness of the individual to the market and its laws."[14] In contrast, his large novels from the period after Vanity Fair, which were once described by Henry James as examples of "loose baggy monsters", have largely faded from view, perhaps because they reflect a mellowing in Thackeray, who had become so successful with his satires on society that he seemed to lose his zest for attacking it. These later works include Pendennis, a Bildungsroman depicting the coming of age of Arthur Pendennis, an alter ego of Thackeray, who also features as the narrator of two later novels, The Newcomes and The Adventures of Philip. The Newcomes is noteworthy for its critical portrayal of the "marriage market," while Philip is known for its semi-autobiographical depiction of Thackeray's early life, in which he partially regains some of his early satirical power.