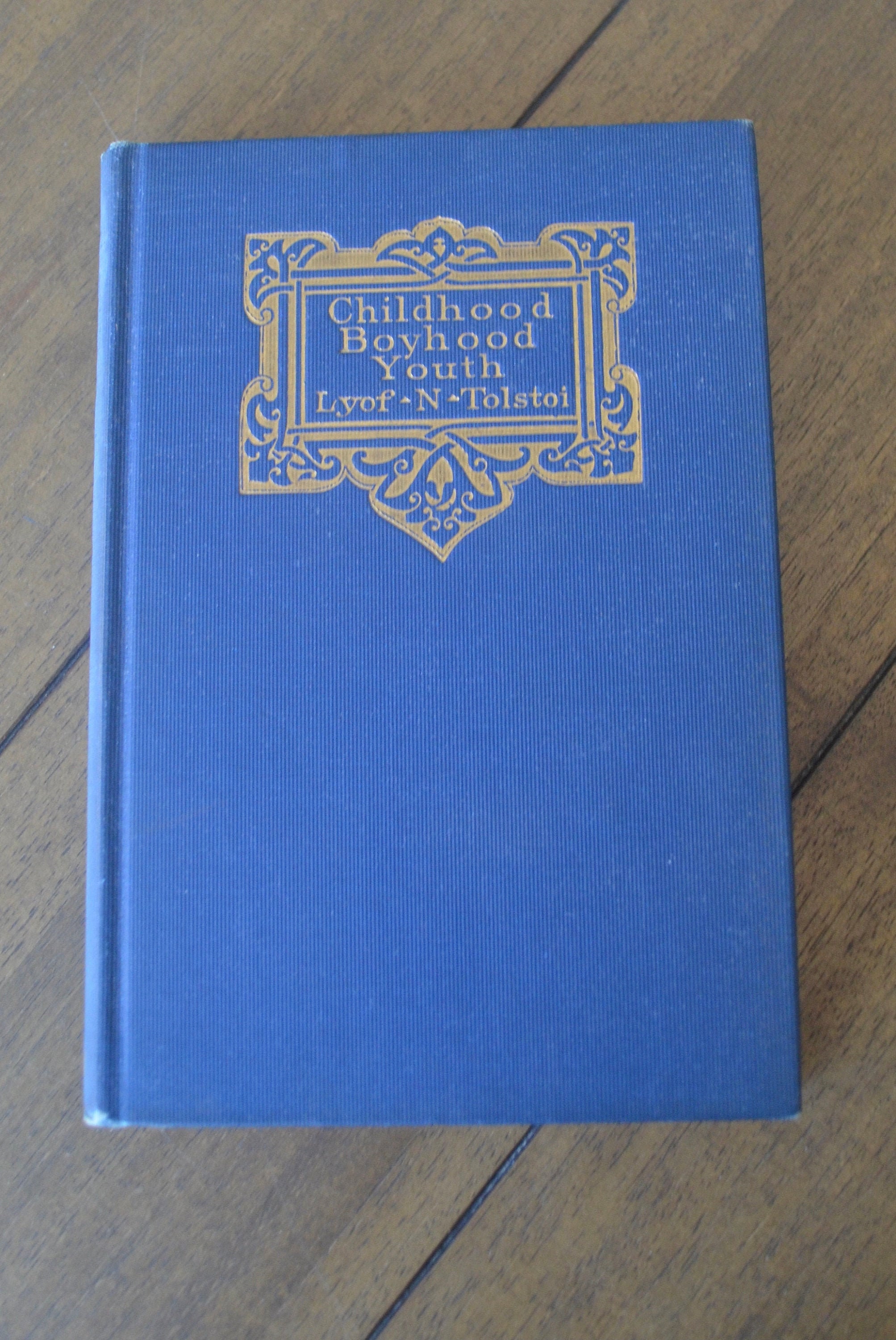 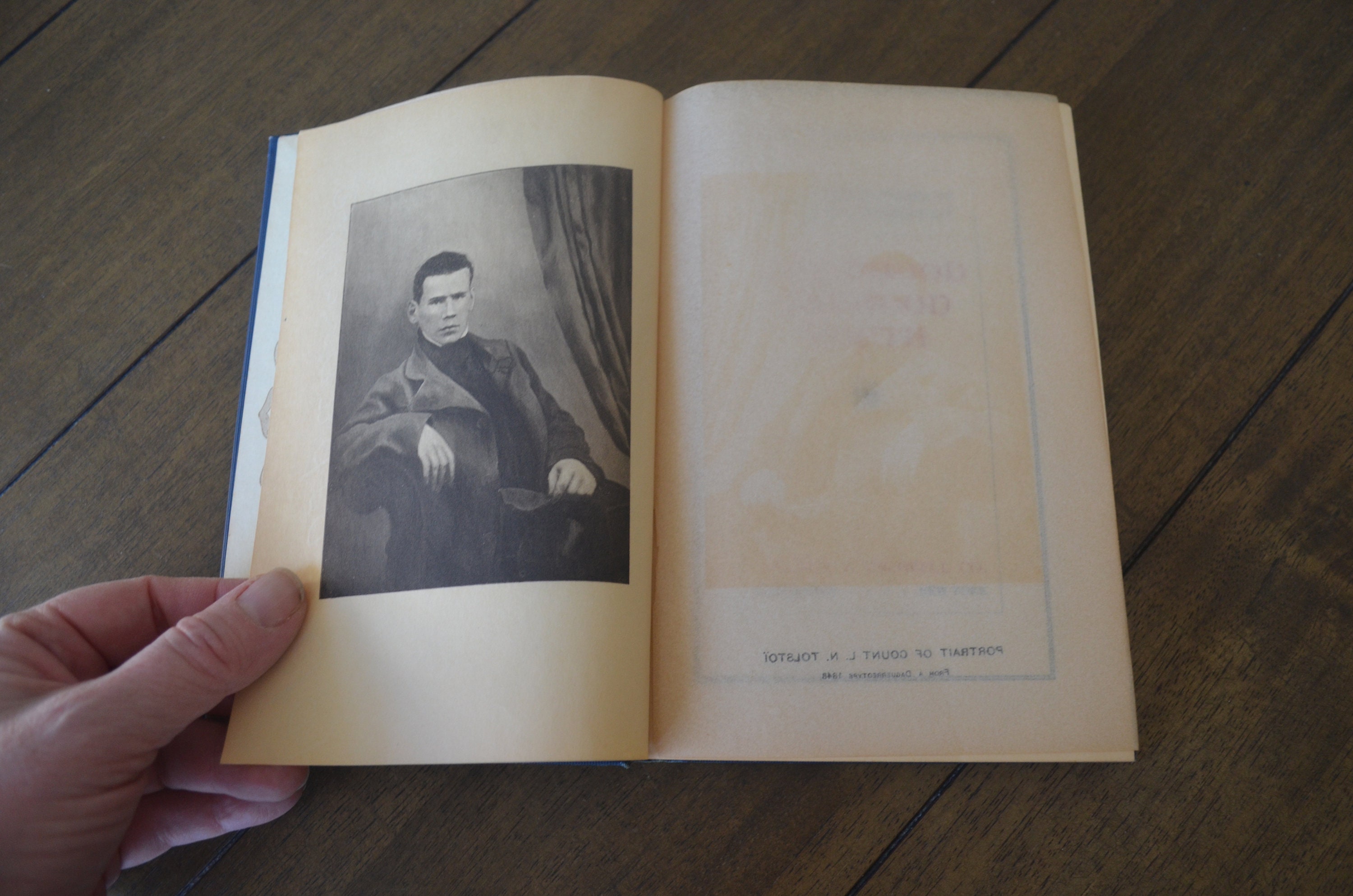 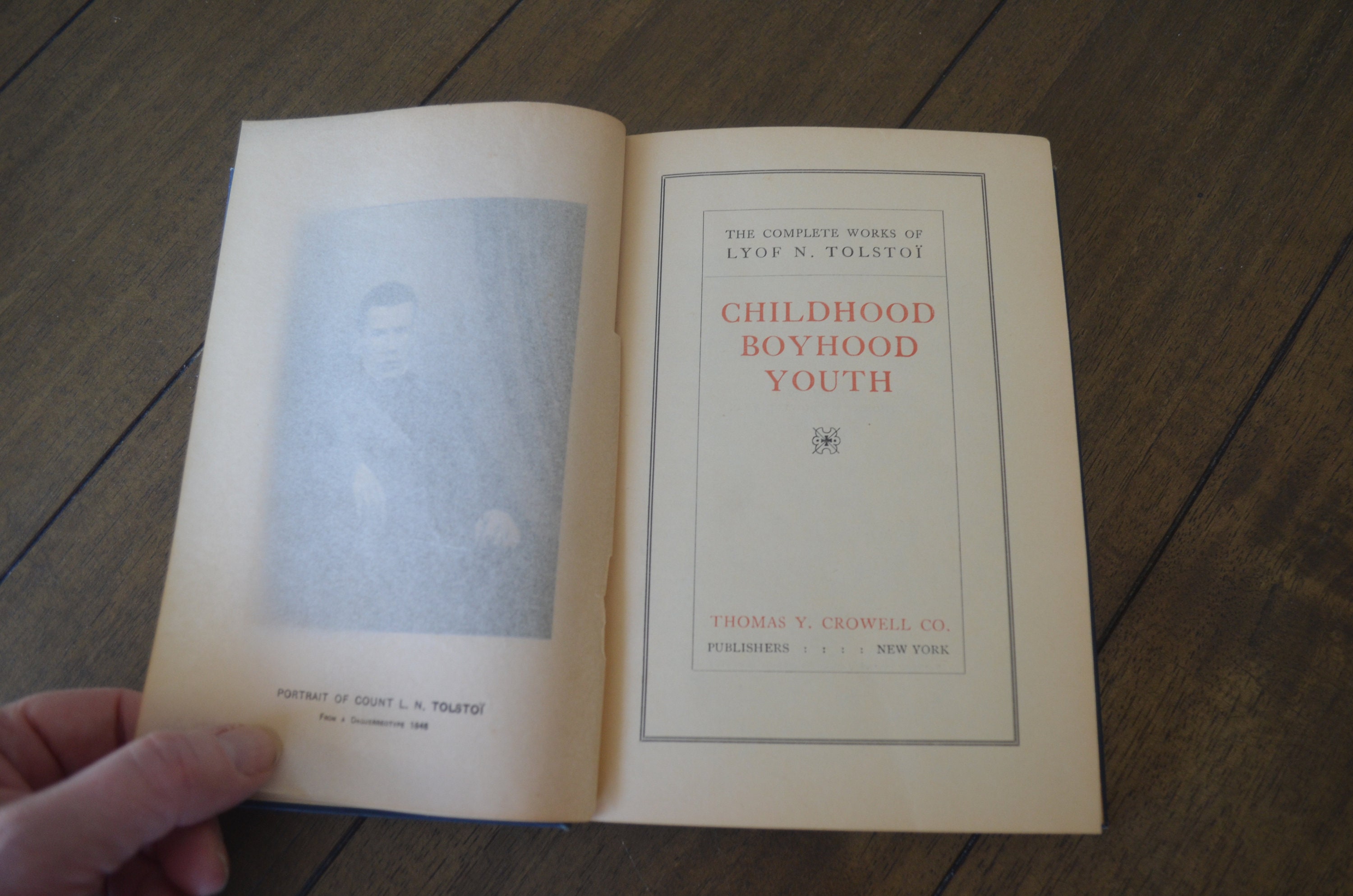 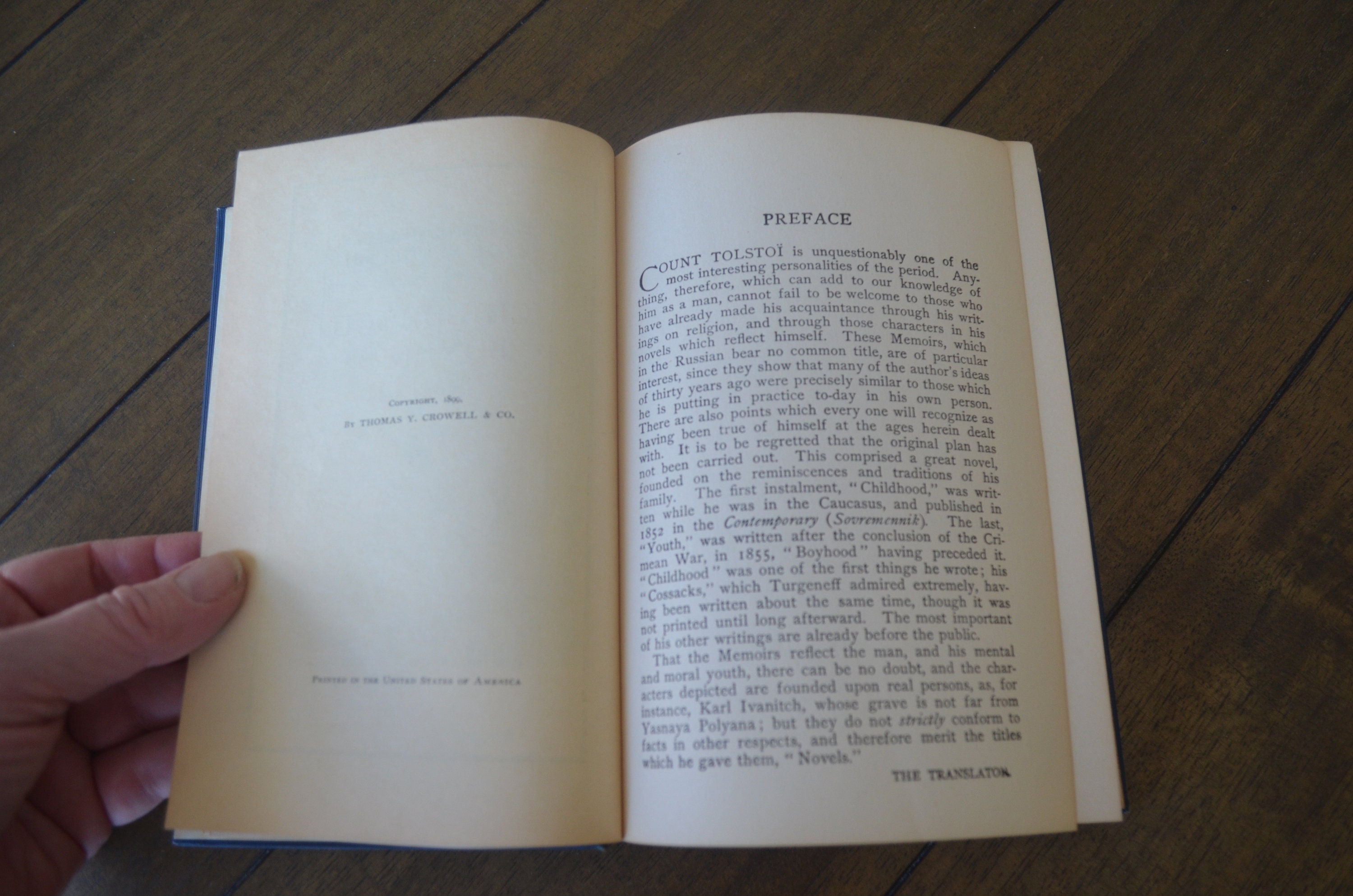 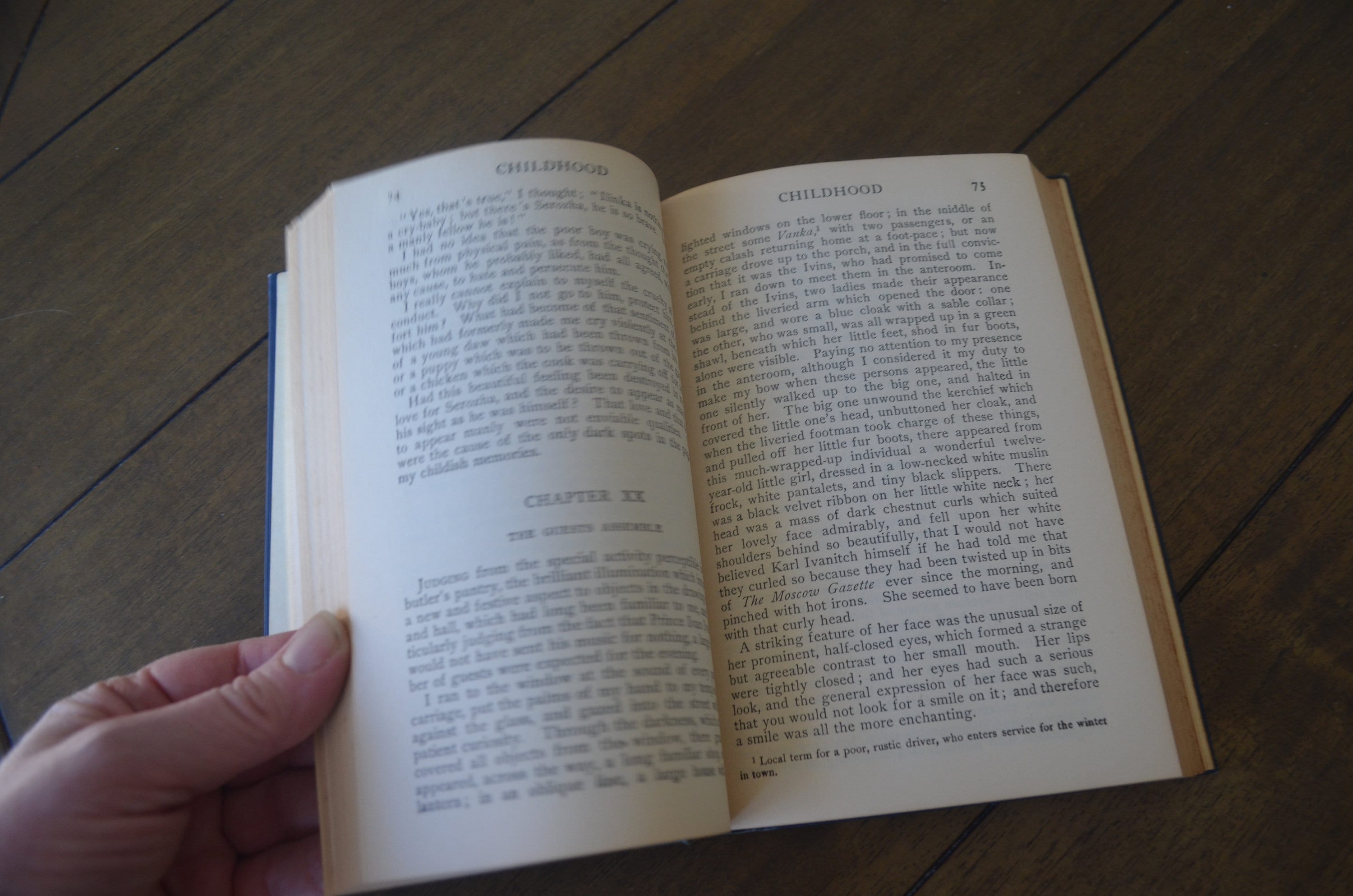 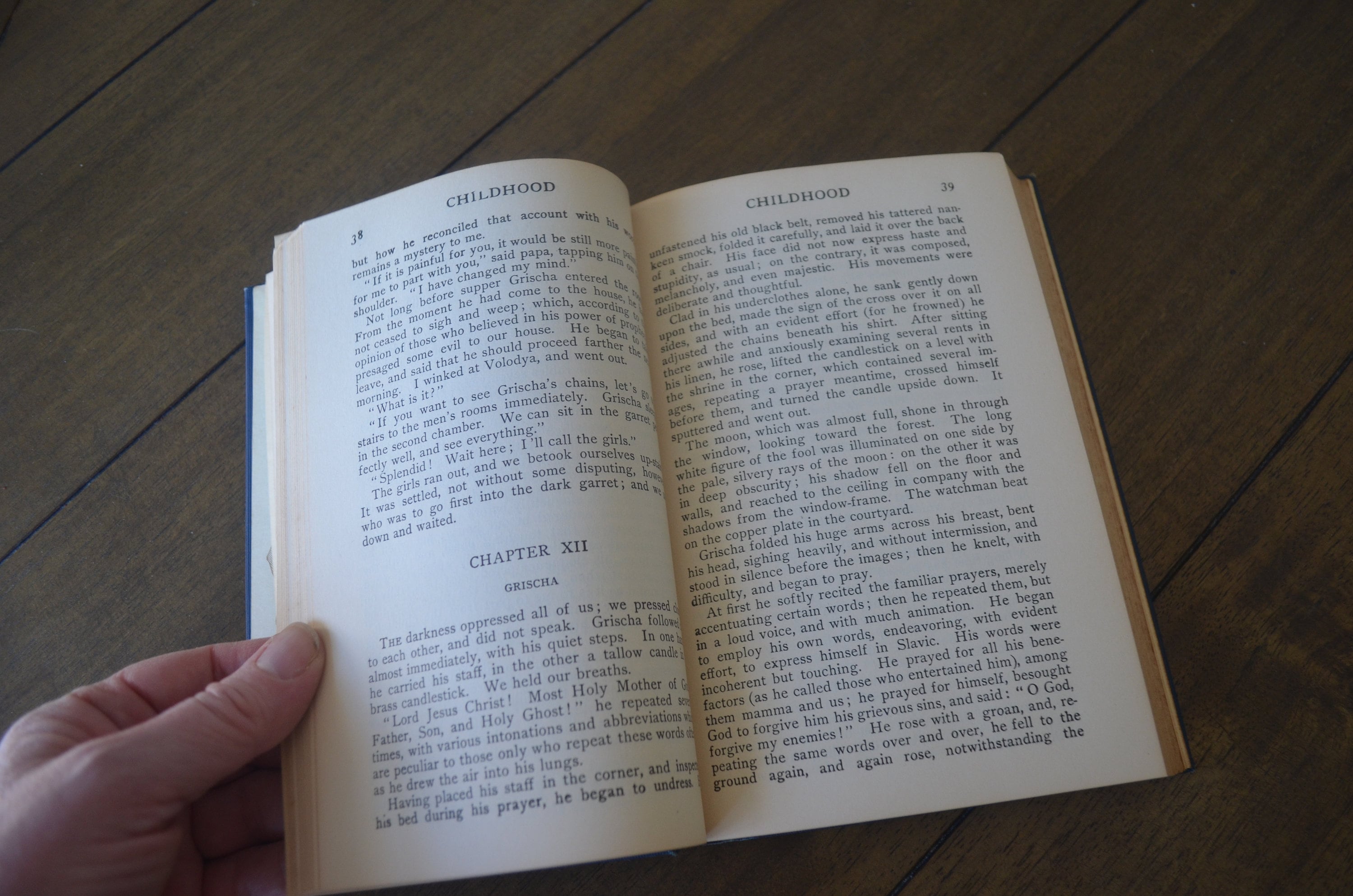 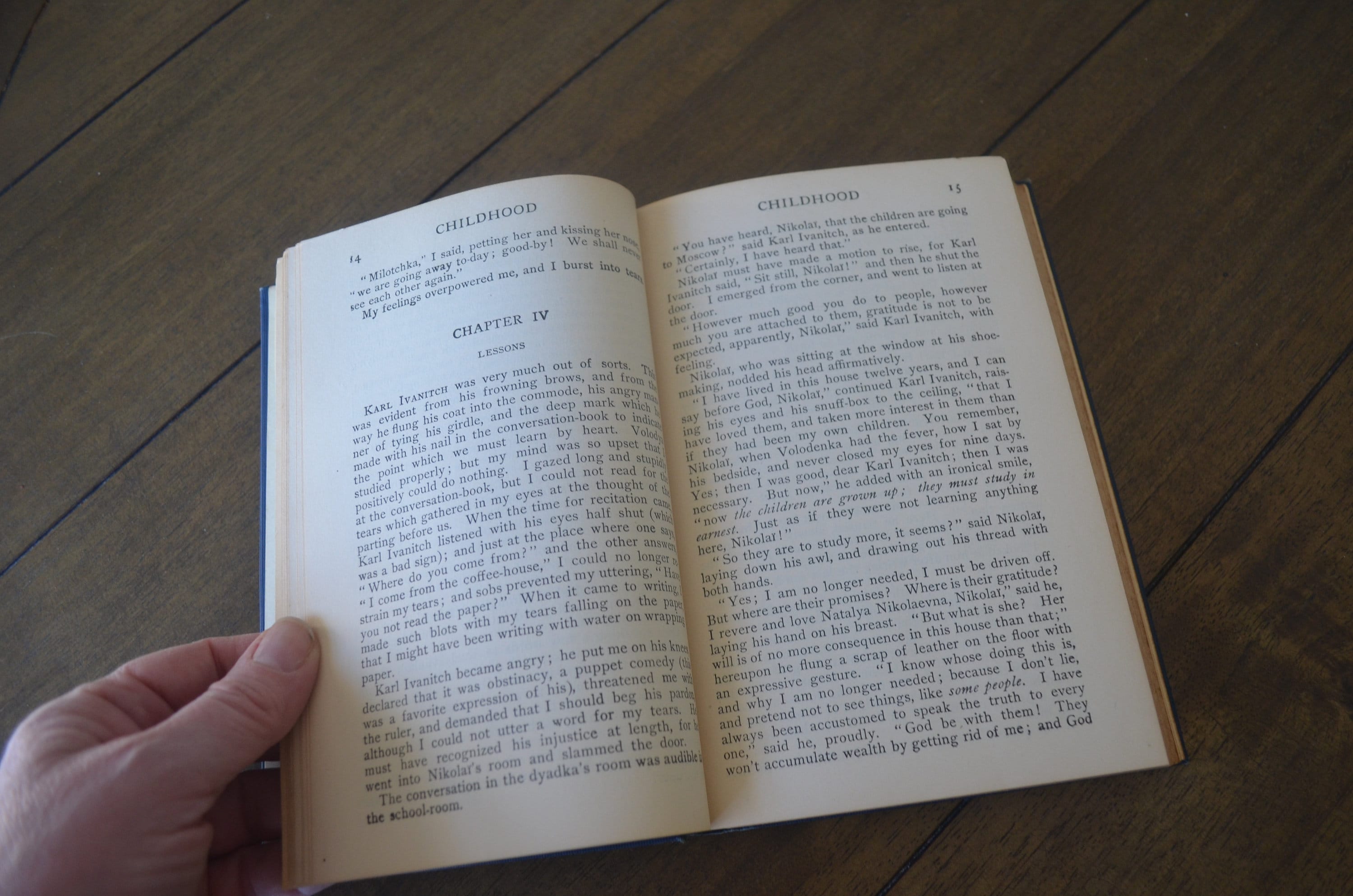 No dust jacket. Dark blue cloth cover. Gold lettering on spine and front cover. Some aging on spine. Minor wear on the edges. Inside clean and bright. No writing. See pictures for more evidence of condition.

This book is part of a larger set.

Tolstoy's first published work, completed in 1856, "Childhood, Boyhood, Youth" recounts his early life up to his university days. These are not memoirs in the strict sense of the word, as the author's Stendhalian take on the autobiographical genre confronts and blurs the notions of reality and imagination, combining nostalgic anecdote with frank personal assessment and philosophical extrapolation. An early display of Tolstoy's storytelling genius, written in his classically simple yet colourful language, these chronicles provide the reader with invaluable insight into the personal and literary development of one of the greatest writers of all time.

Born to an aristocratic Russian family in 1828,[3] Tolstoy is best known for the novels War and Peace (1869) and Anna Karenina (1878),[8] often cited as pinnacles of realist fiction.[3] He first achieved literary acclaim in his twenties with his semi-autobiographical trilogy, Childhood, Boyhood, and Youth (1852–1856), and Sevastopol Sketches (1855), based upon his experiences in the Crimean War. His fiction includes dozens of short stories and several novellas such as The Death of Ivan Ilyich (1886), Family Happiness (1859), and Hadji Murad (1912). He also wrote plays and numerous philosophical essays.