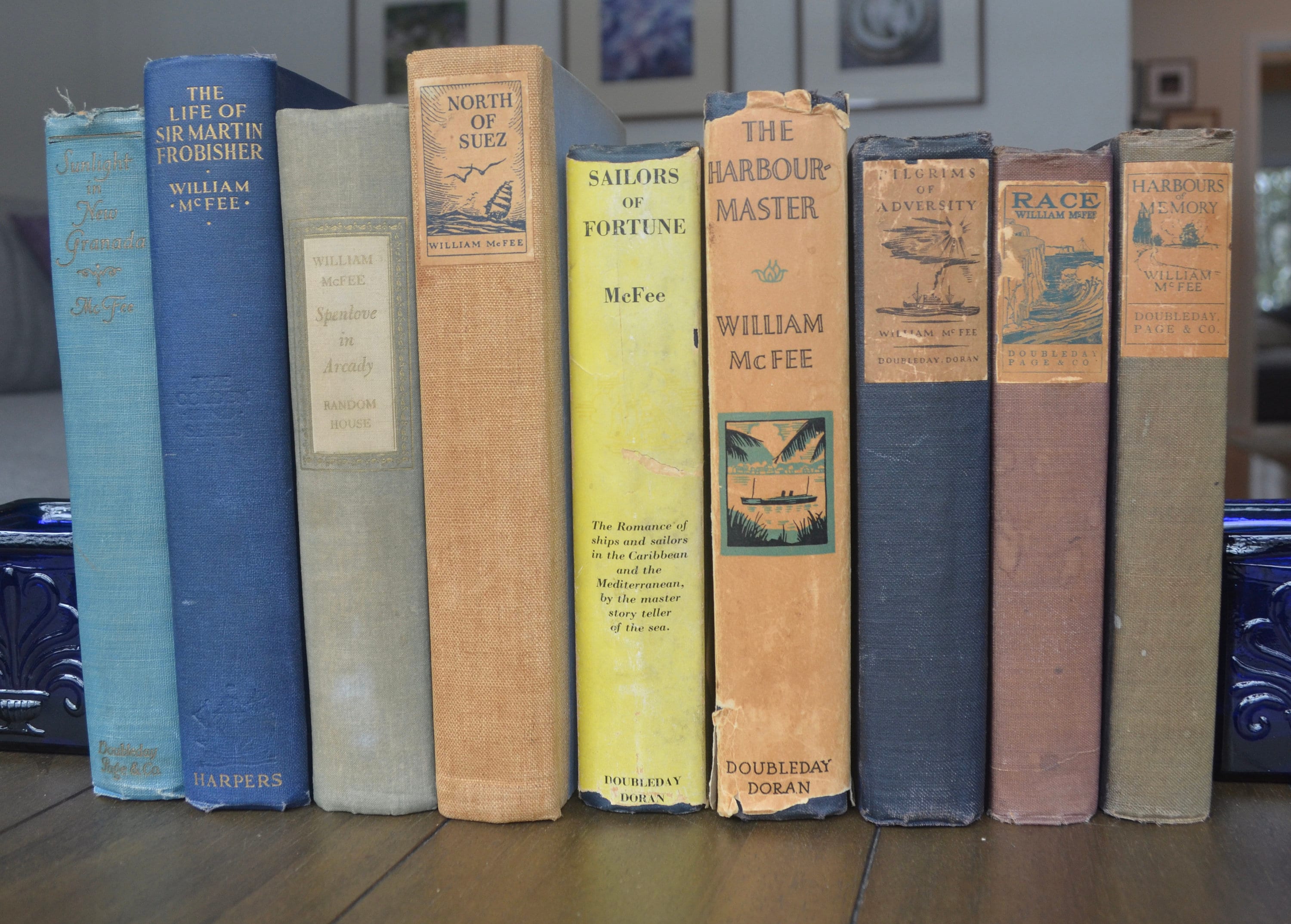 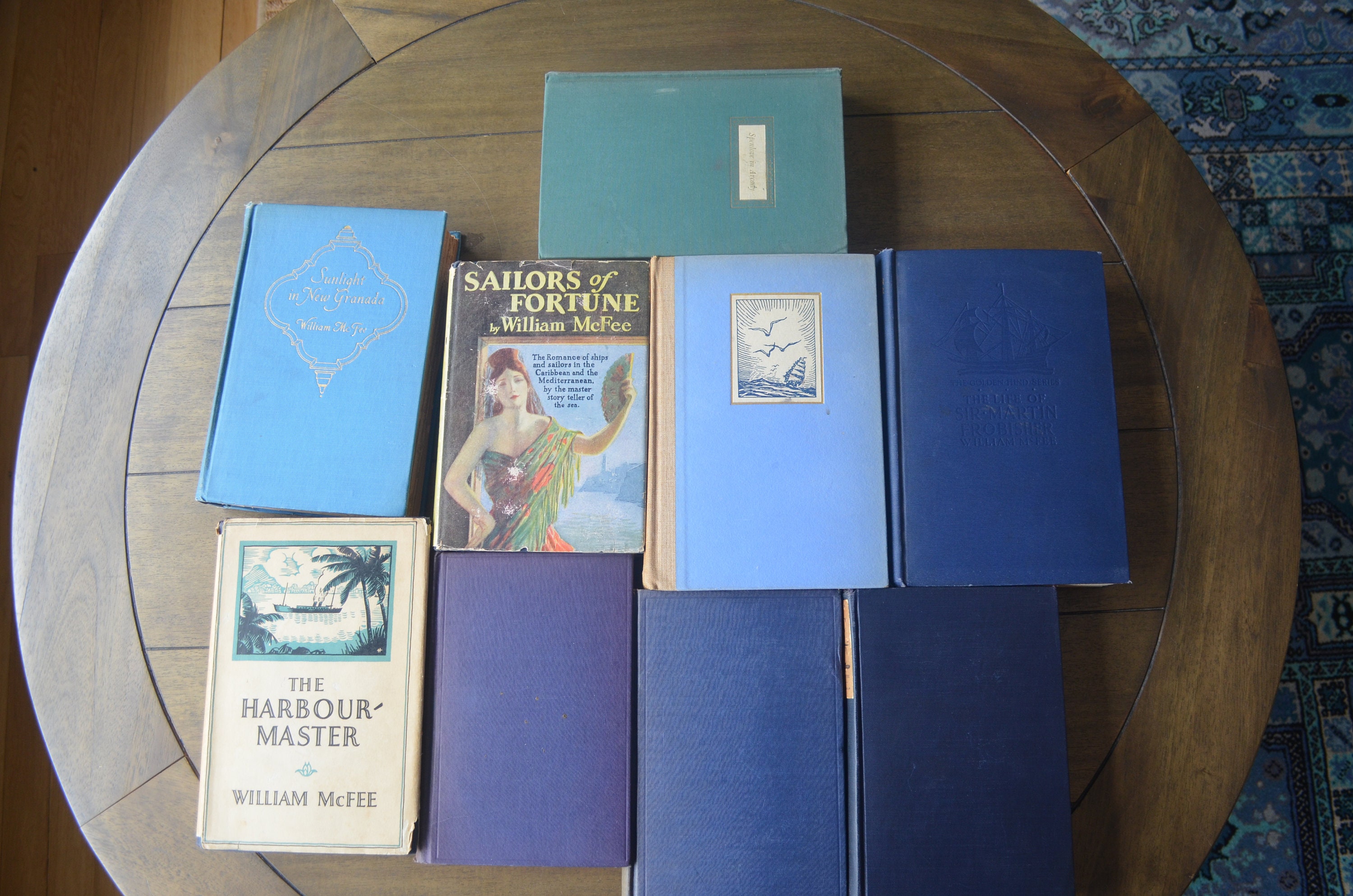 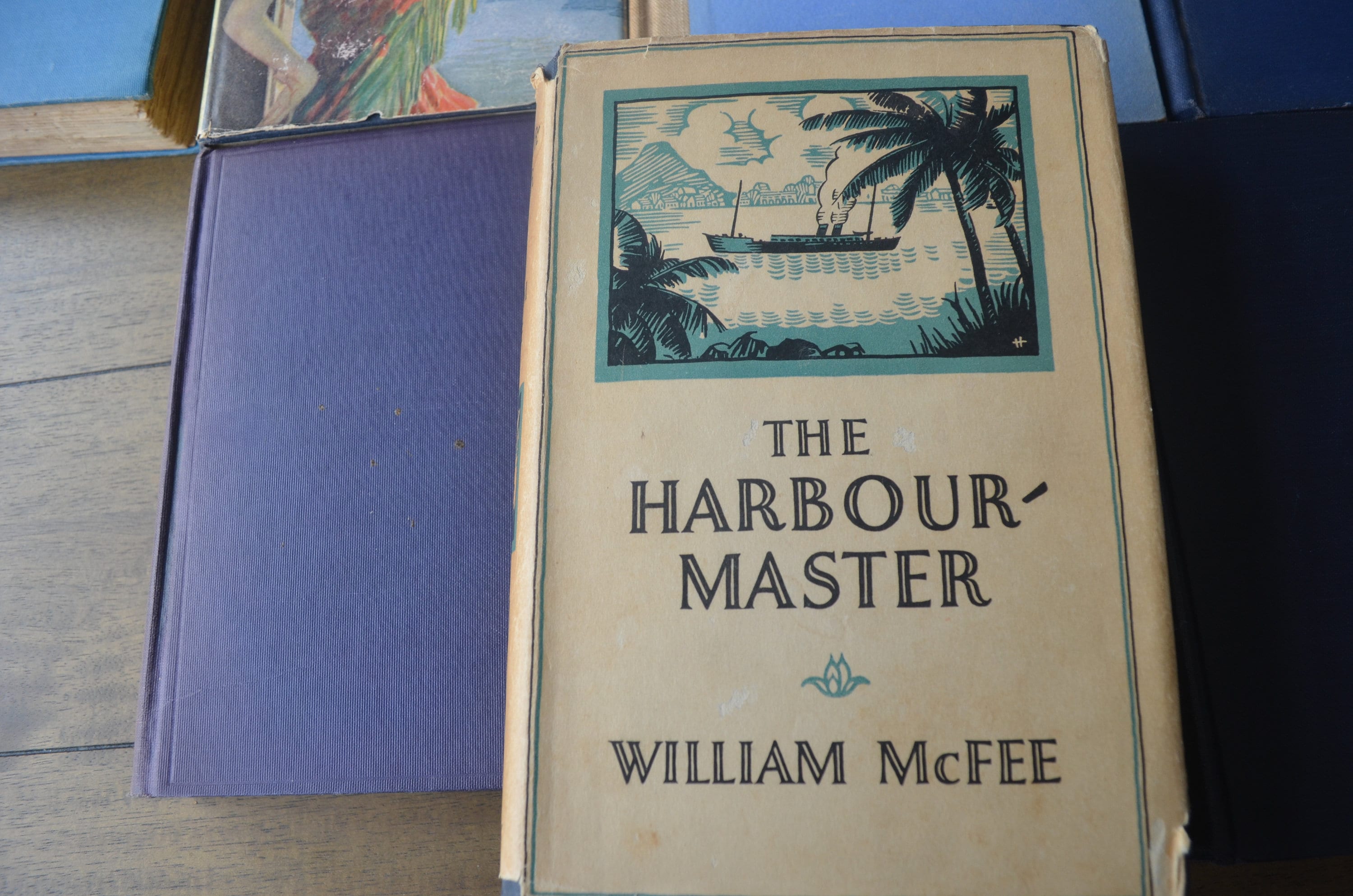 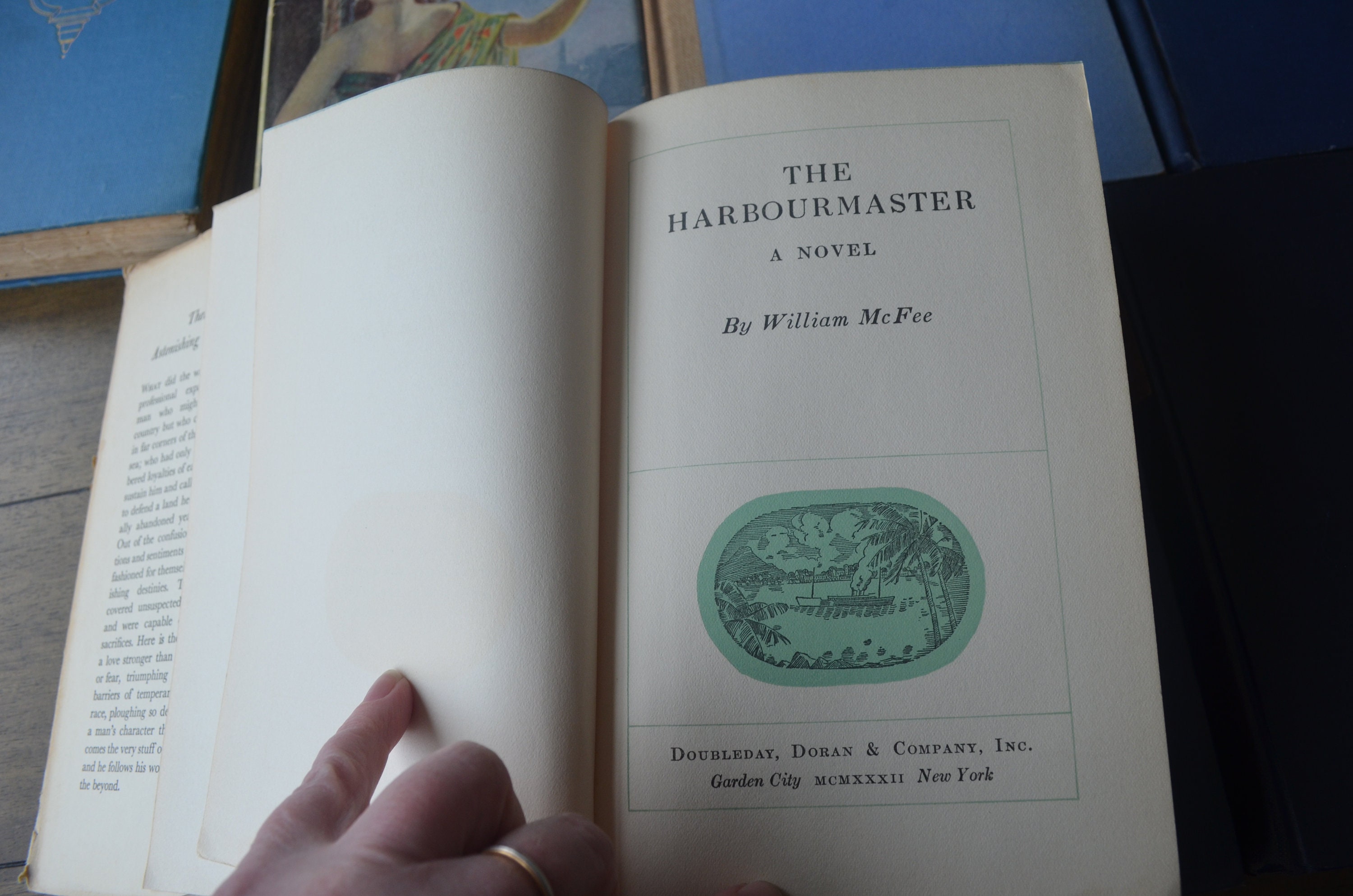 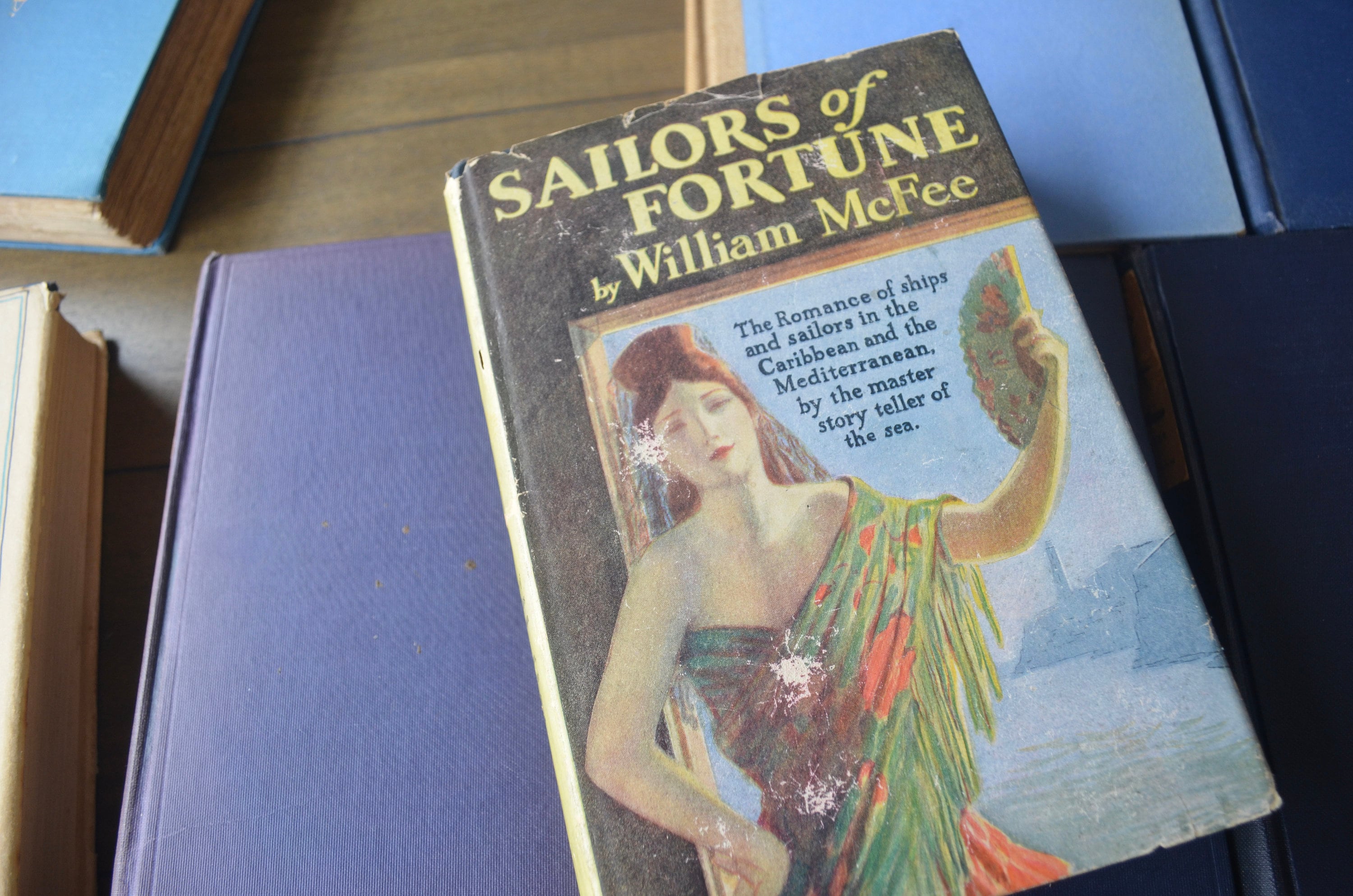 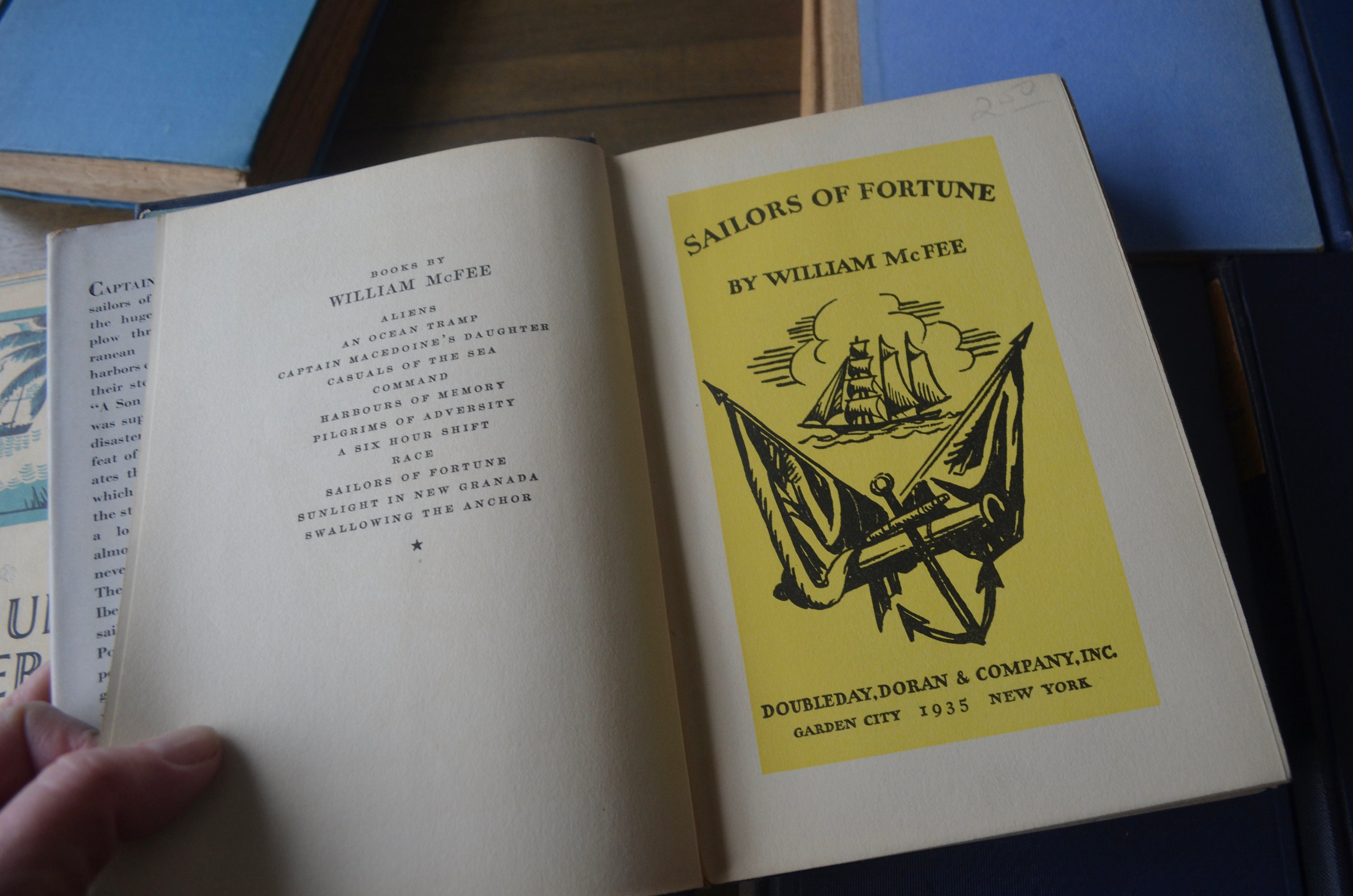 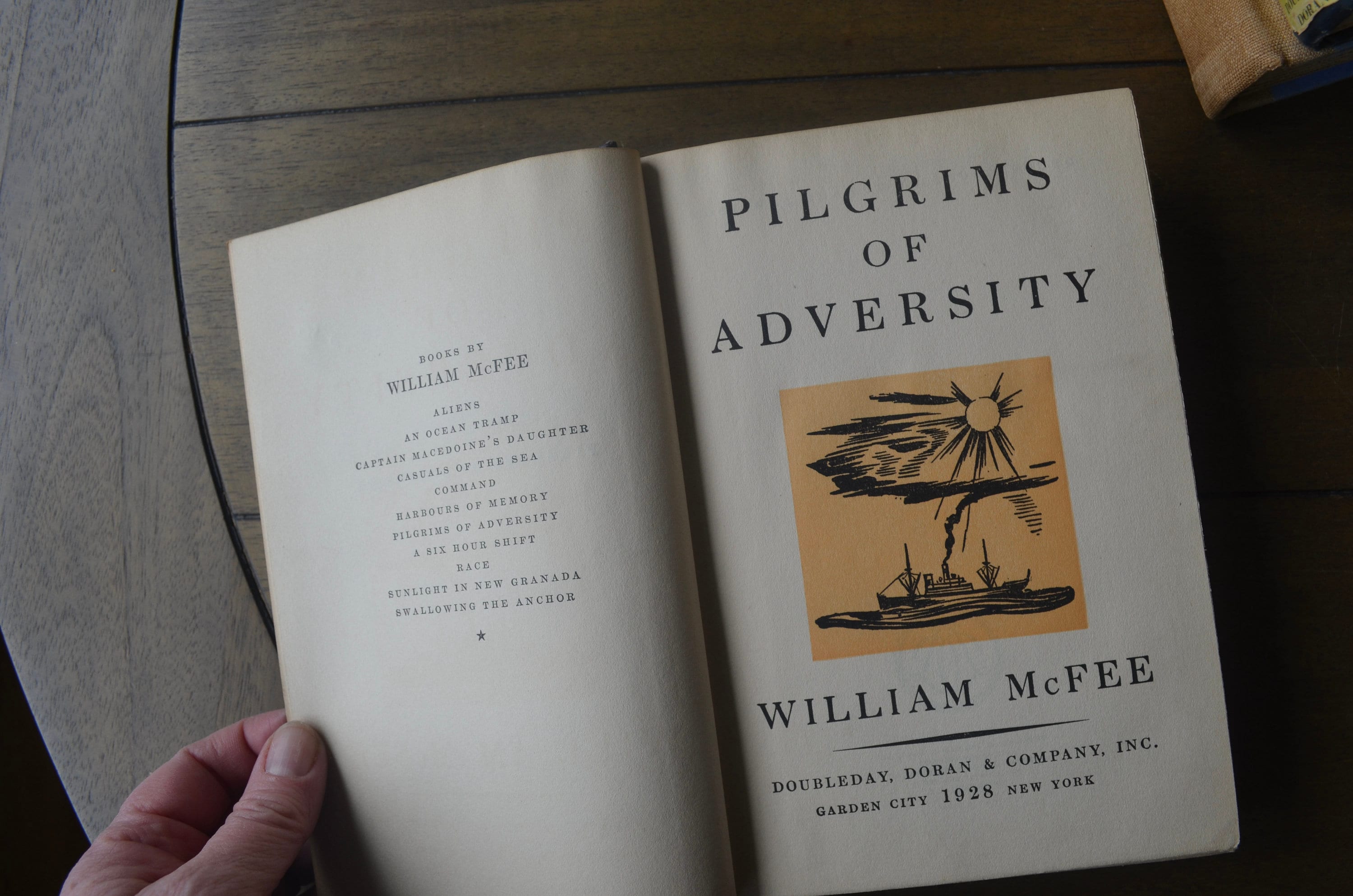 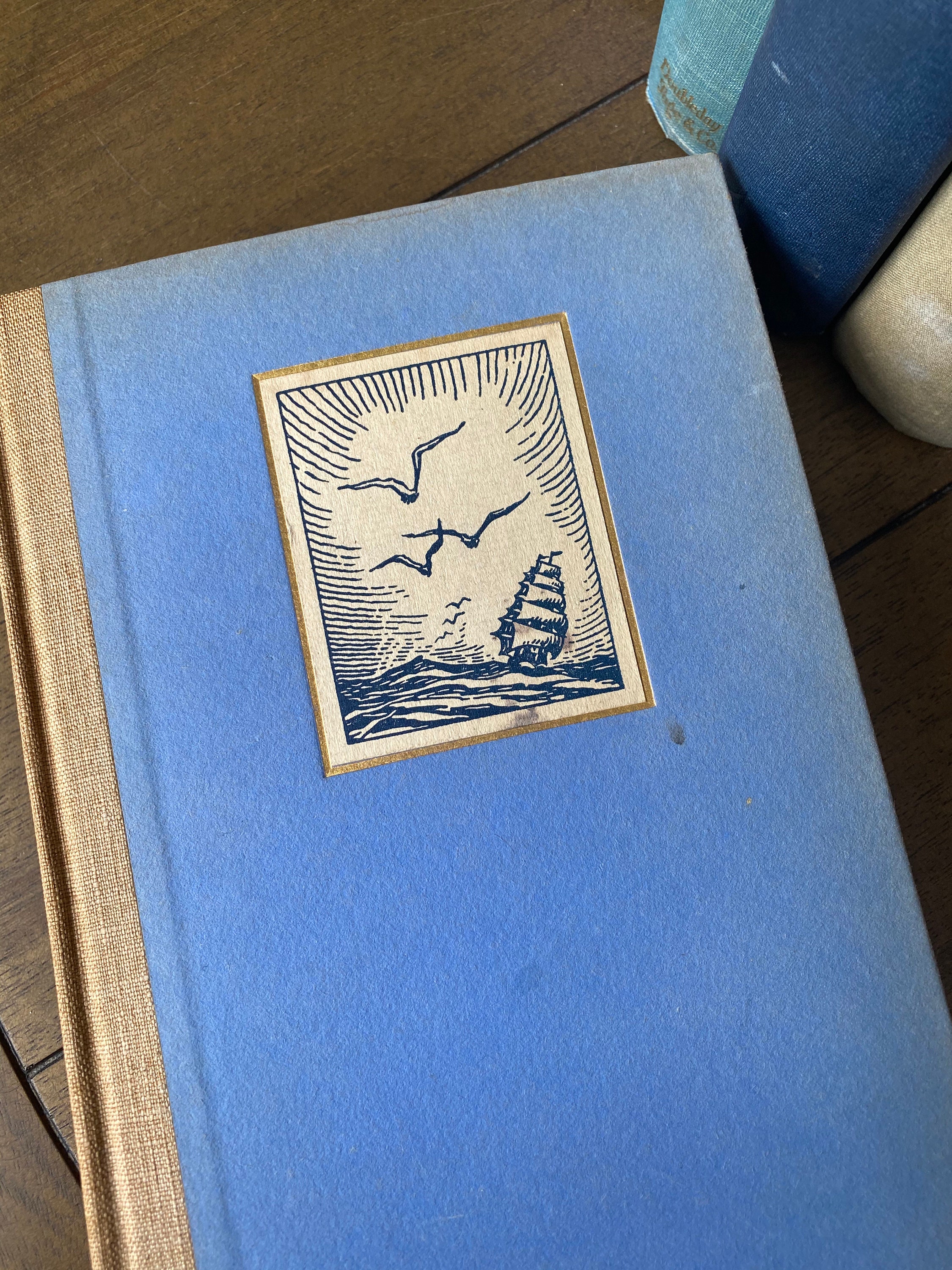 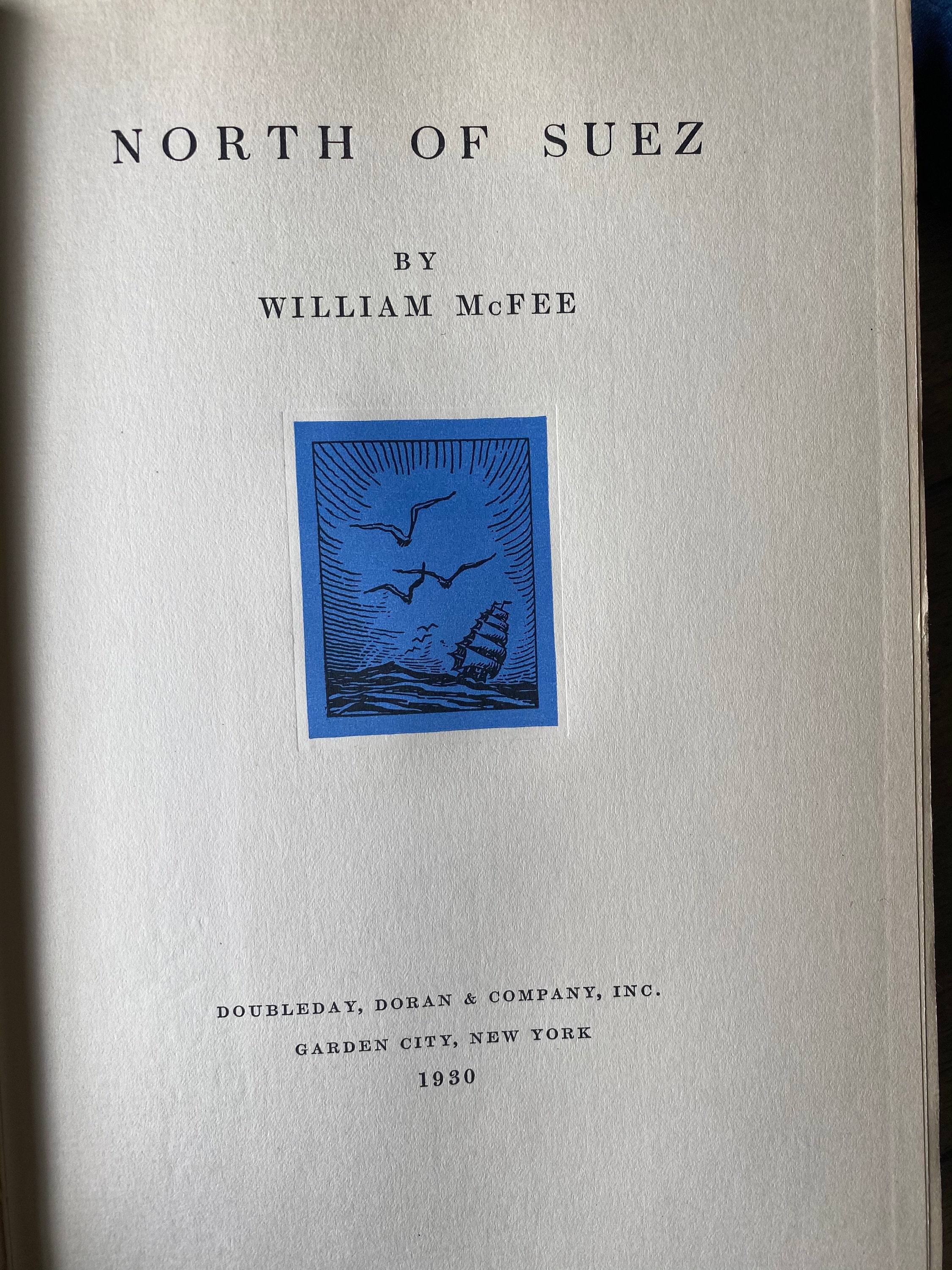 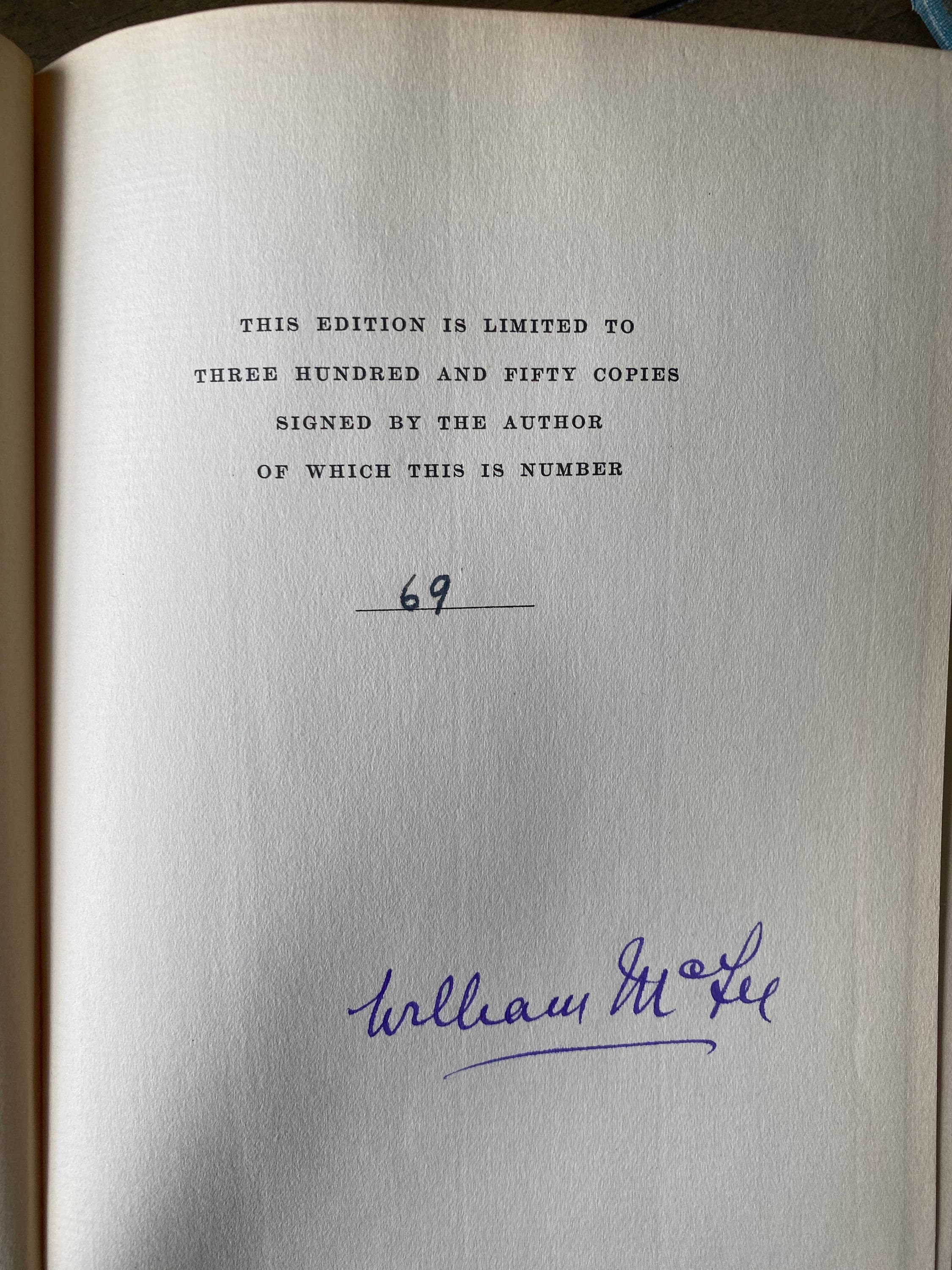 Nine Books by William McFee, an English writer of sea stories, Including The Harbour Master and North of Suez, Many First editions, dust jackets, and more

A collection of books by well regarded author, William McFee. Books in this collection include:

Let me know if you want to see more pictures!

William Morley Punshon McFee[1] (15 June 1881 – 2 July 1966) was an English writer of sea stories. In addition to books, he also wrote reviews for The New York Sun and The New York Times.

William McFee (1881-1966) was a British novelist and author best known for his sea novels, such as Casuals of the Sea (1916).
William McFee was born on June 15, 1881 on his father, John Henry McFee's ship, Erin's Isle during a return trip from India. After completing school at East Anglian School in Suffolk, England, William McFee became an apprentice to the engineering firm of McMuirland's at Aldersgate in London. In 1905, he took a position as a junior engineer aboard a tramp steamer that travelled to Mediterranean, as well as African and Asian ports.
McFee served as a sublieutenant in the British navy during World War I. While serving in the eastern Mediterranean, he met Pauline Khondoff, a Bulgarian refugee. The couple wed in 1920, but divorced in 1932. After the war, McFee returned to his previous employer, the United Fruit Company, where he served as a chief engineer. However, in 1924, he decided to leave the organization to pursue a career in writing.
Most of McFee's works are nautical tales, inspired by his years at sea. He was married twice more, first to Beatrice Allender who died in 1952 and then to Dorothy North. His stepson, Richard McFee, was an electronics professor at Syracuse University. William McFee died on July 2, 1966 at his home in New Milford, Connecticut.