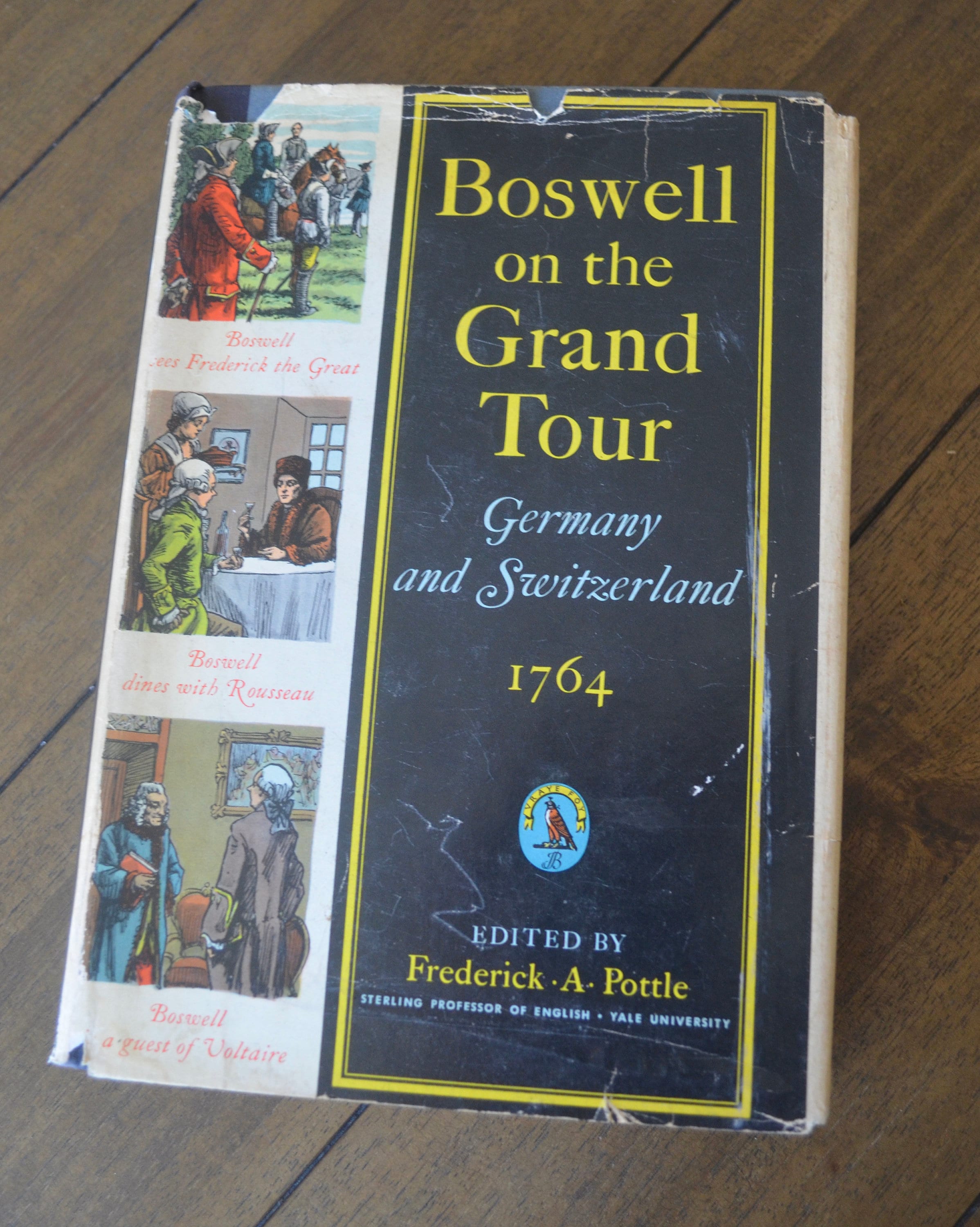 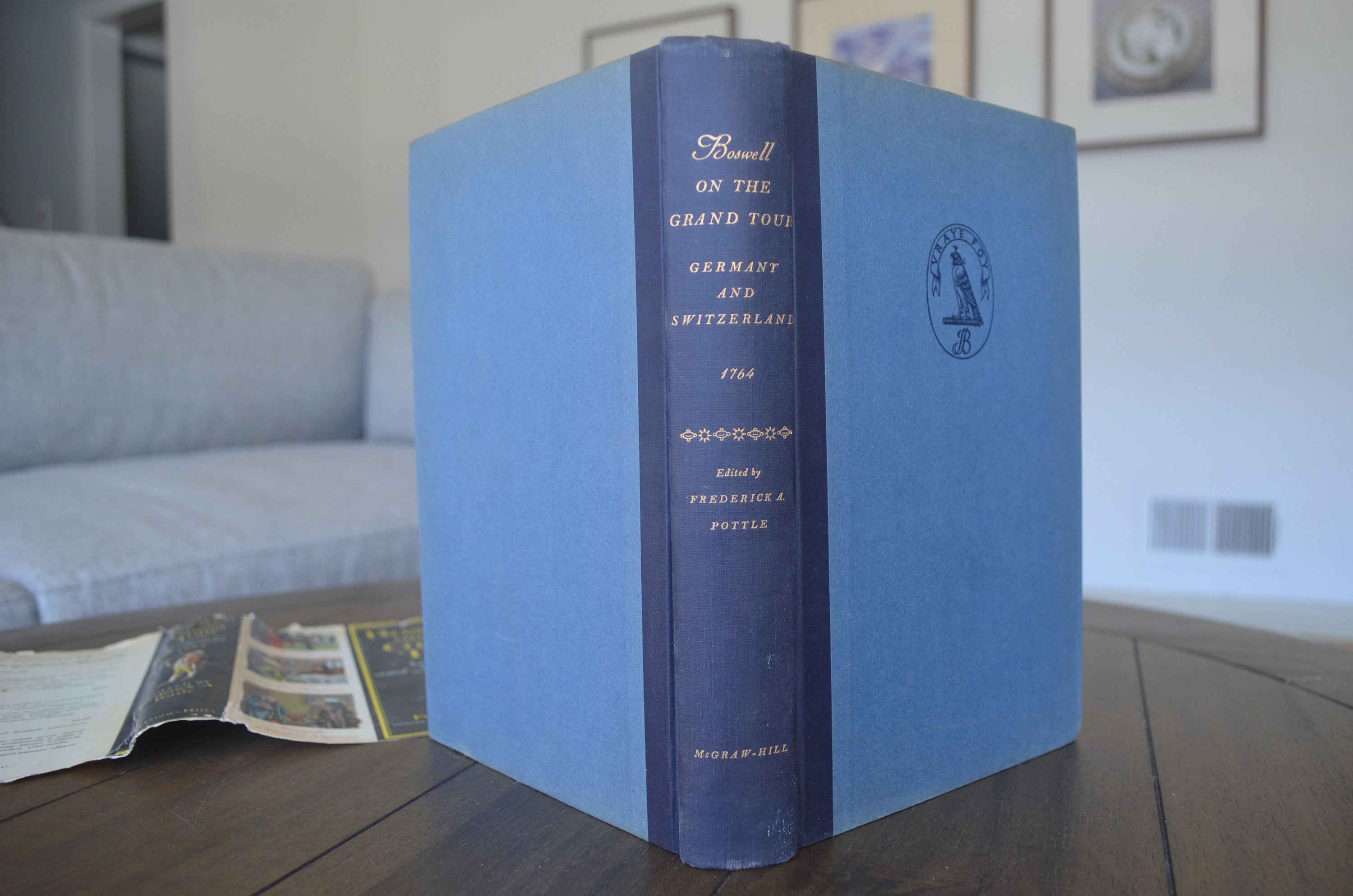 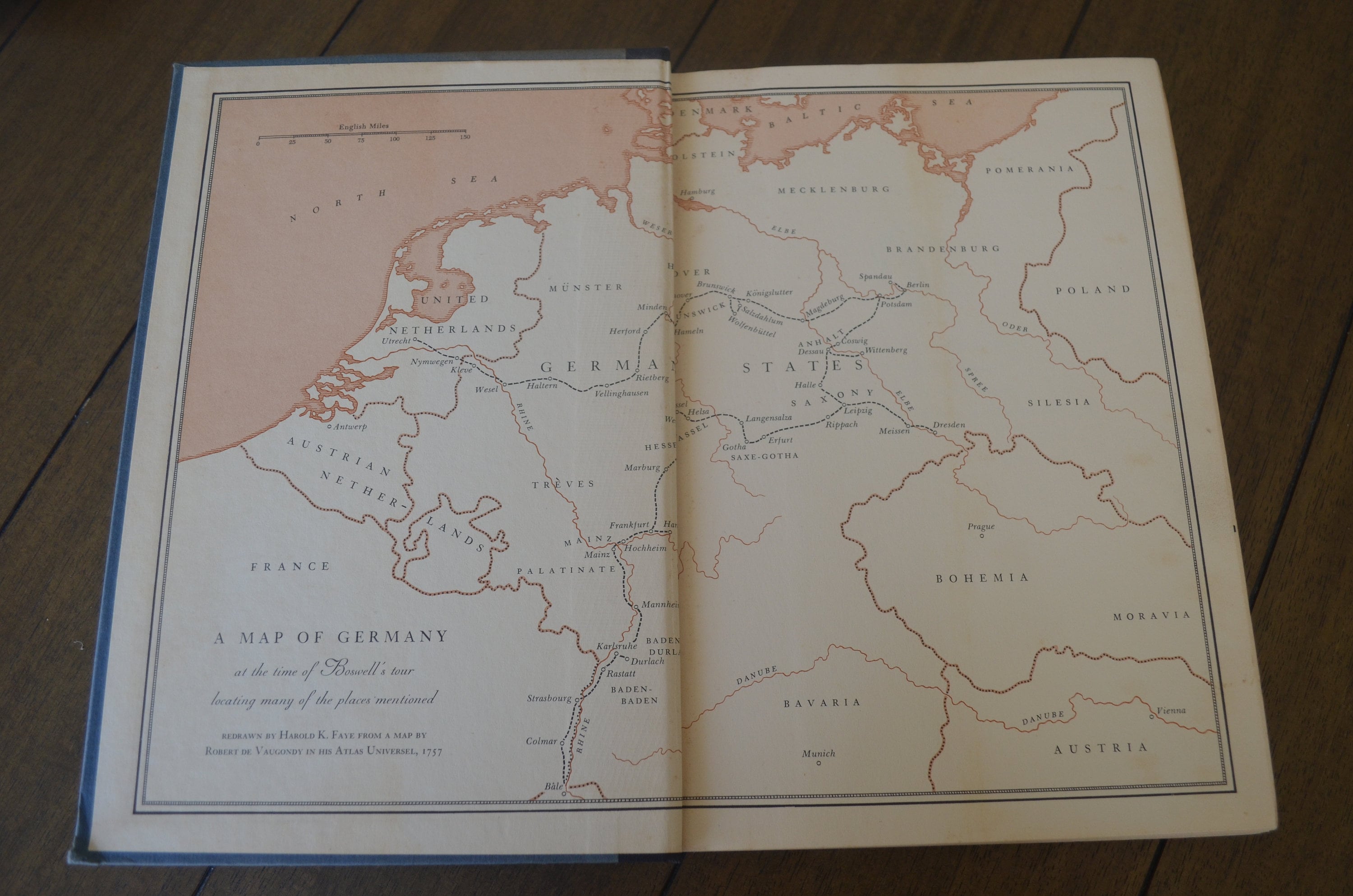 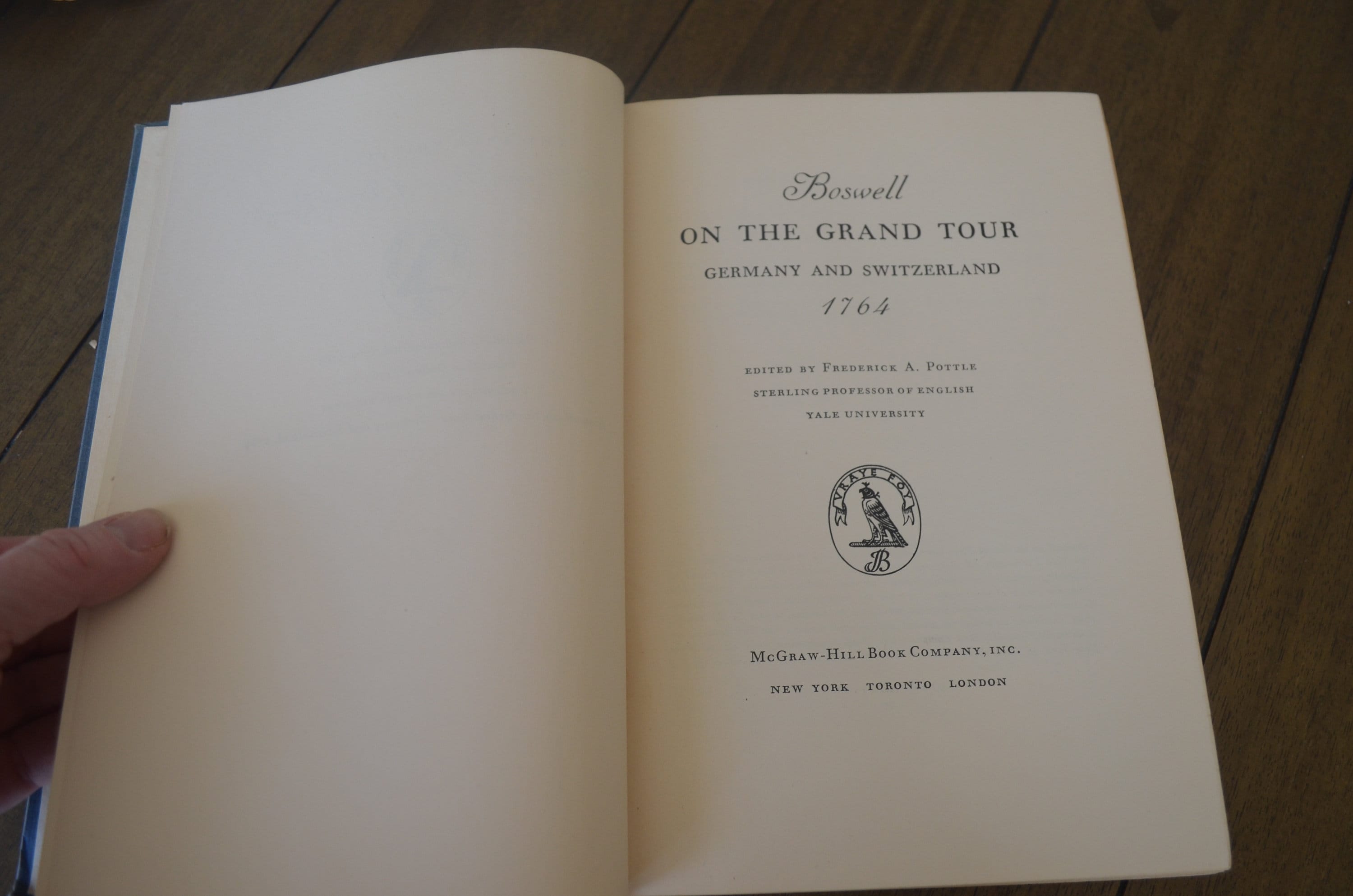 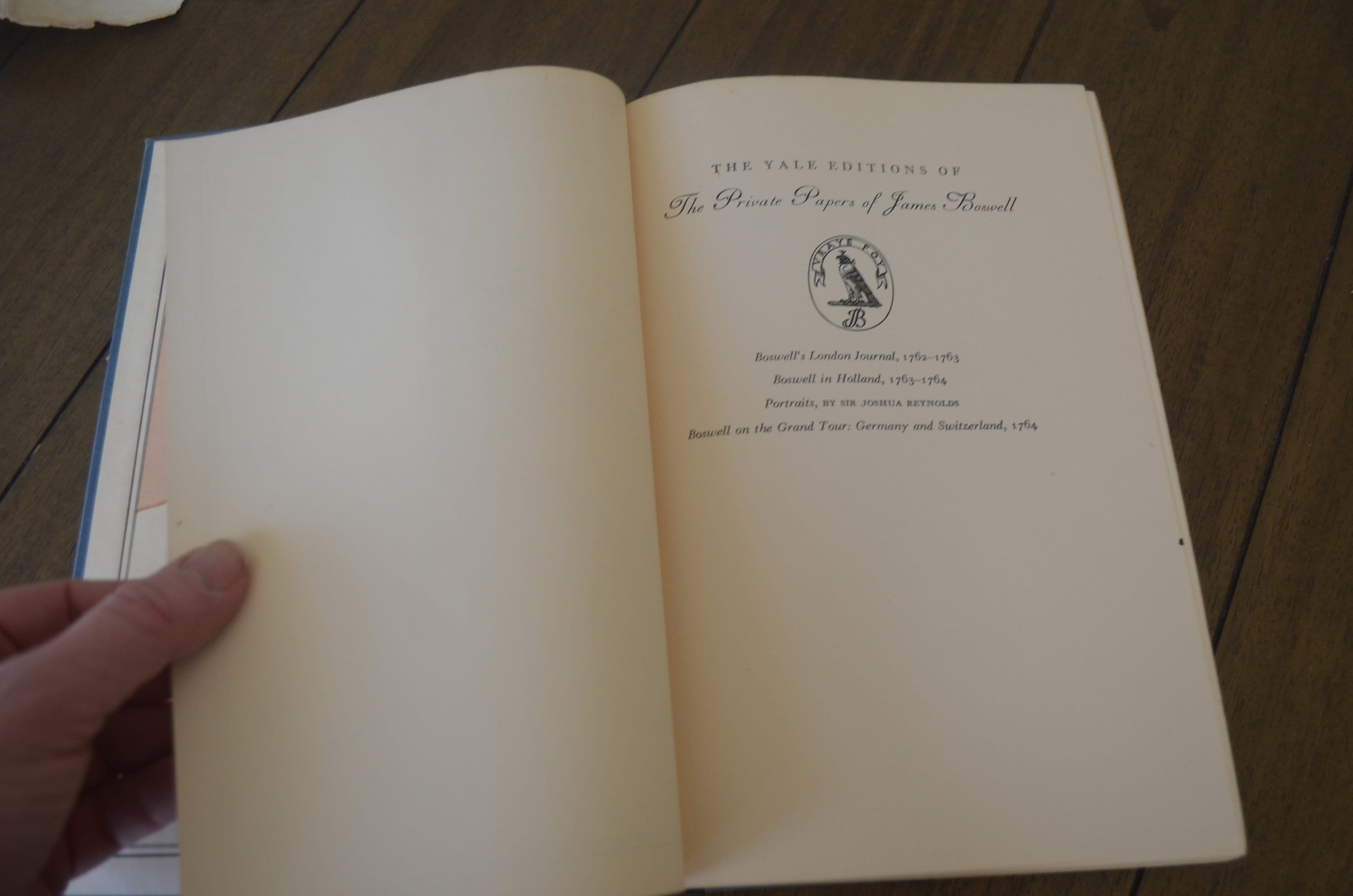 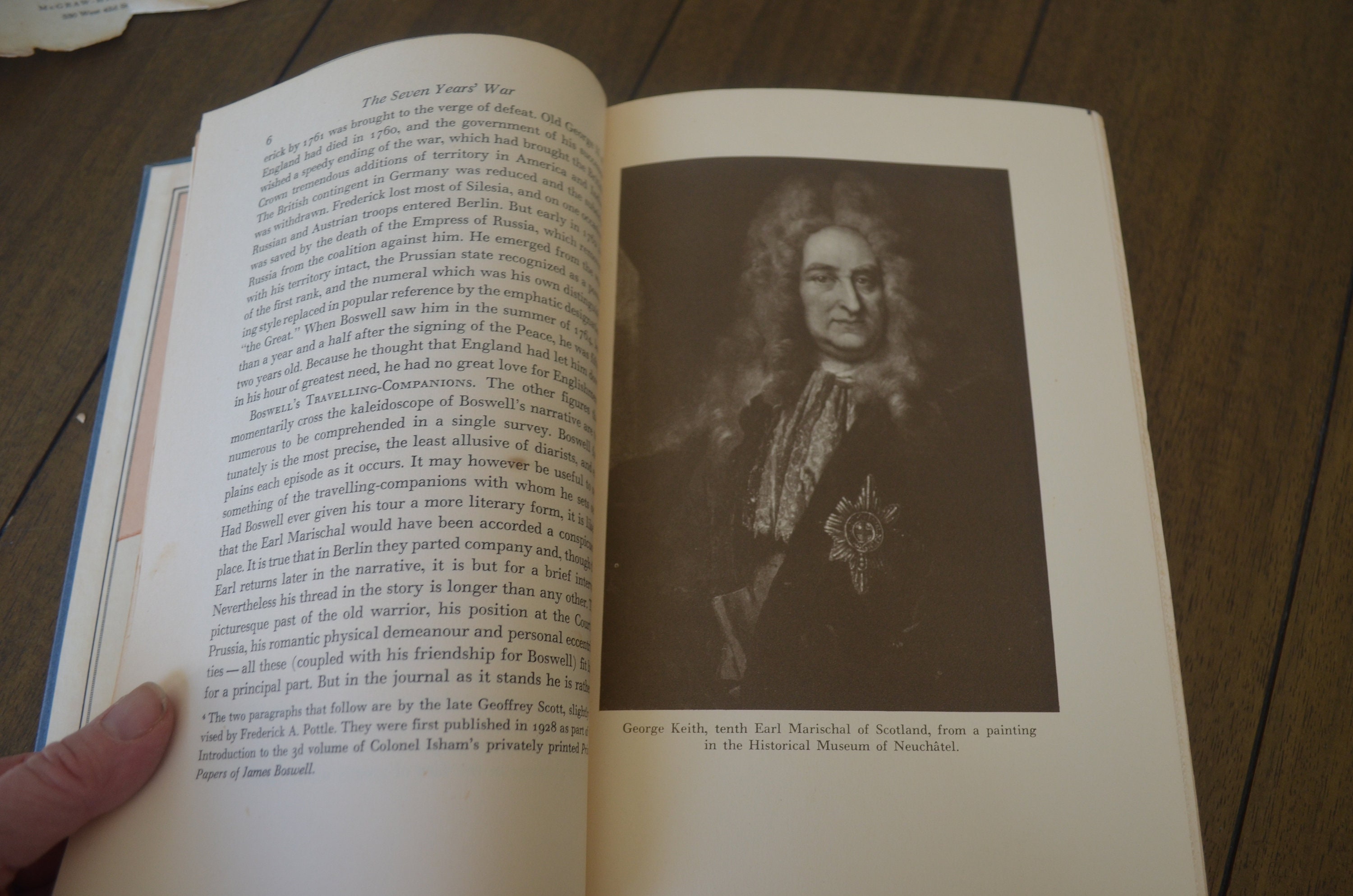 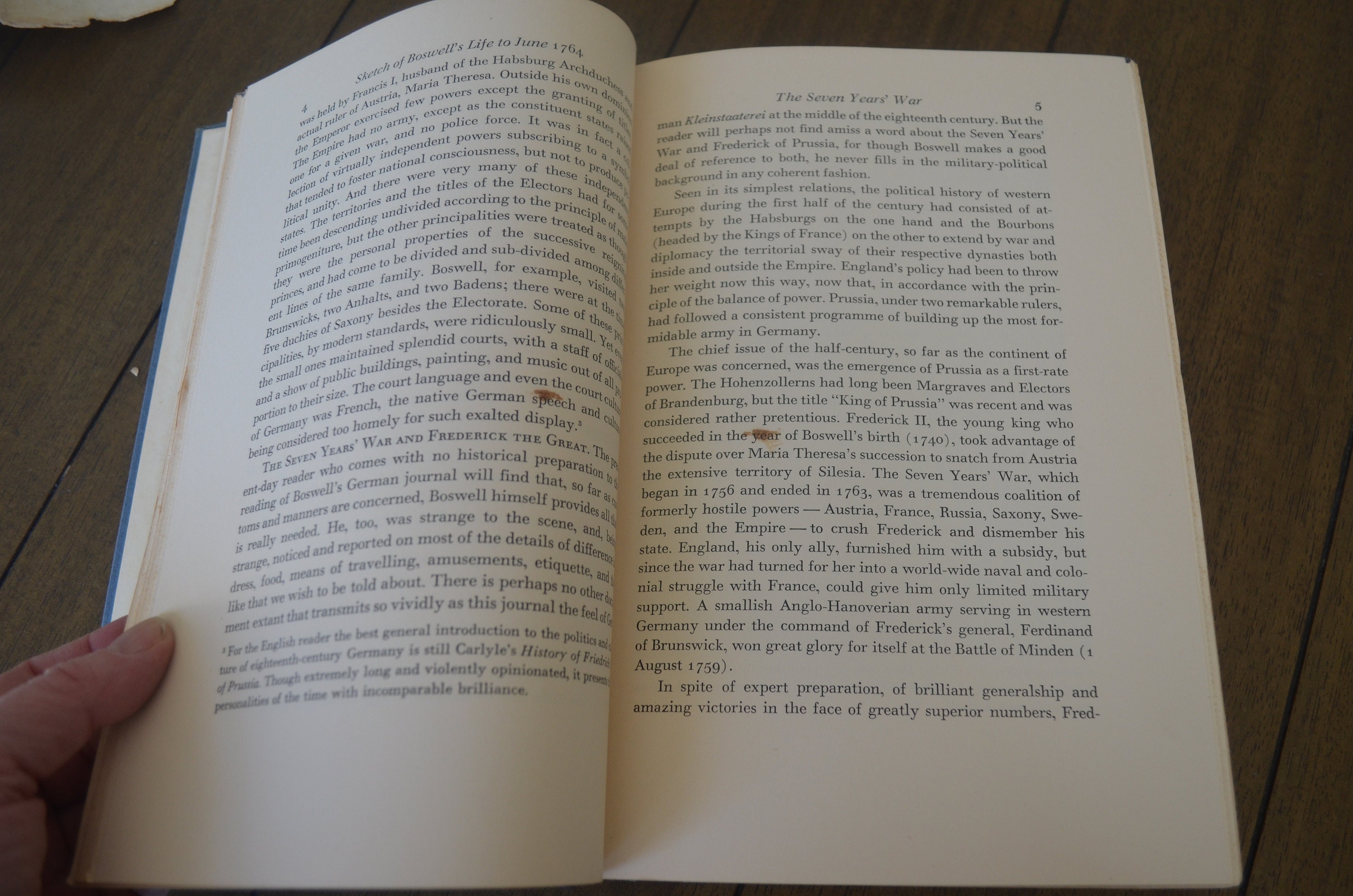 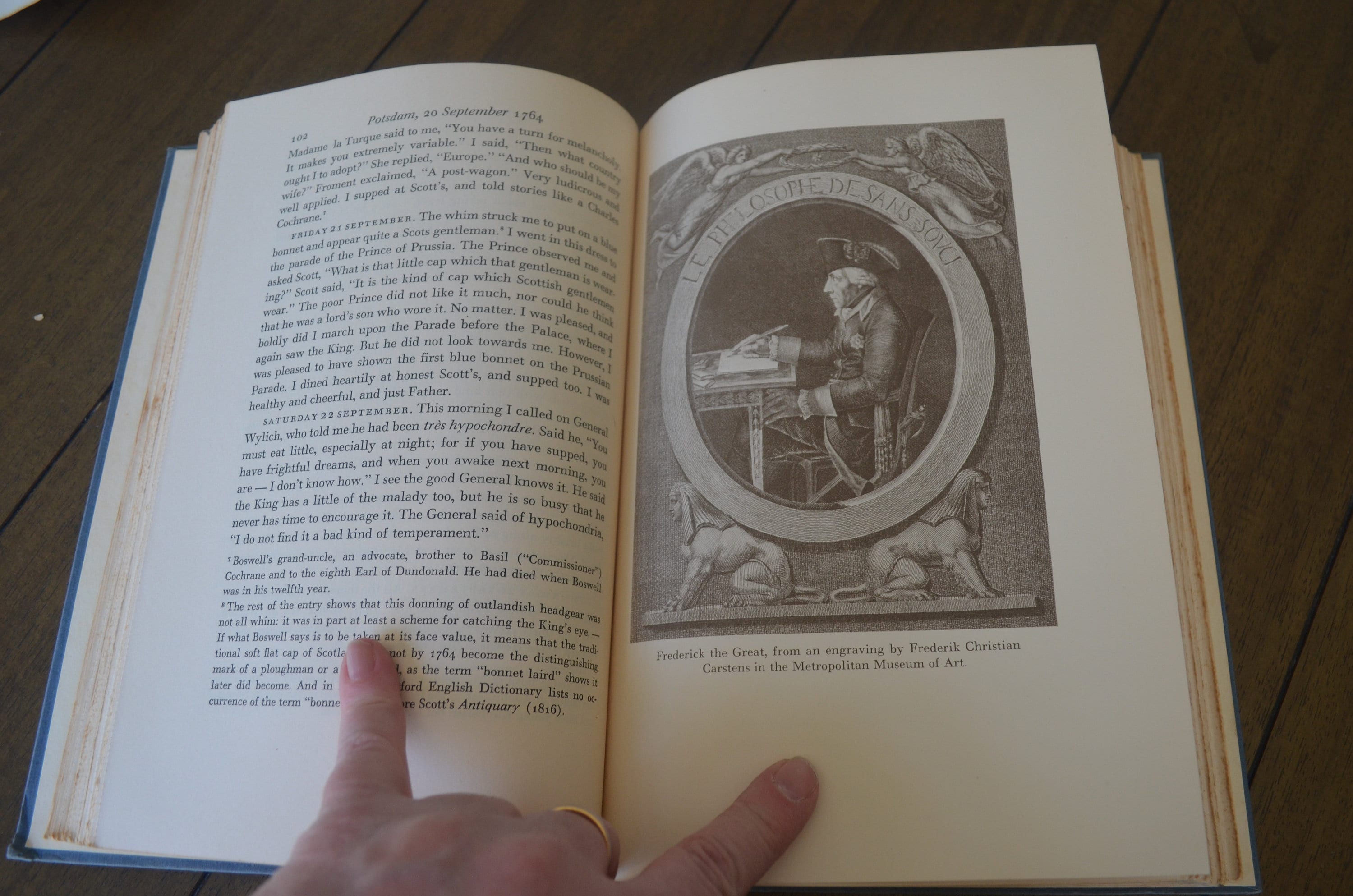 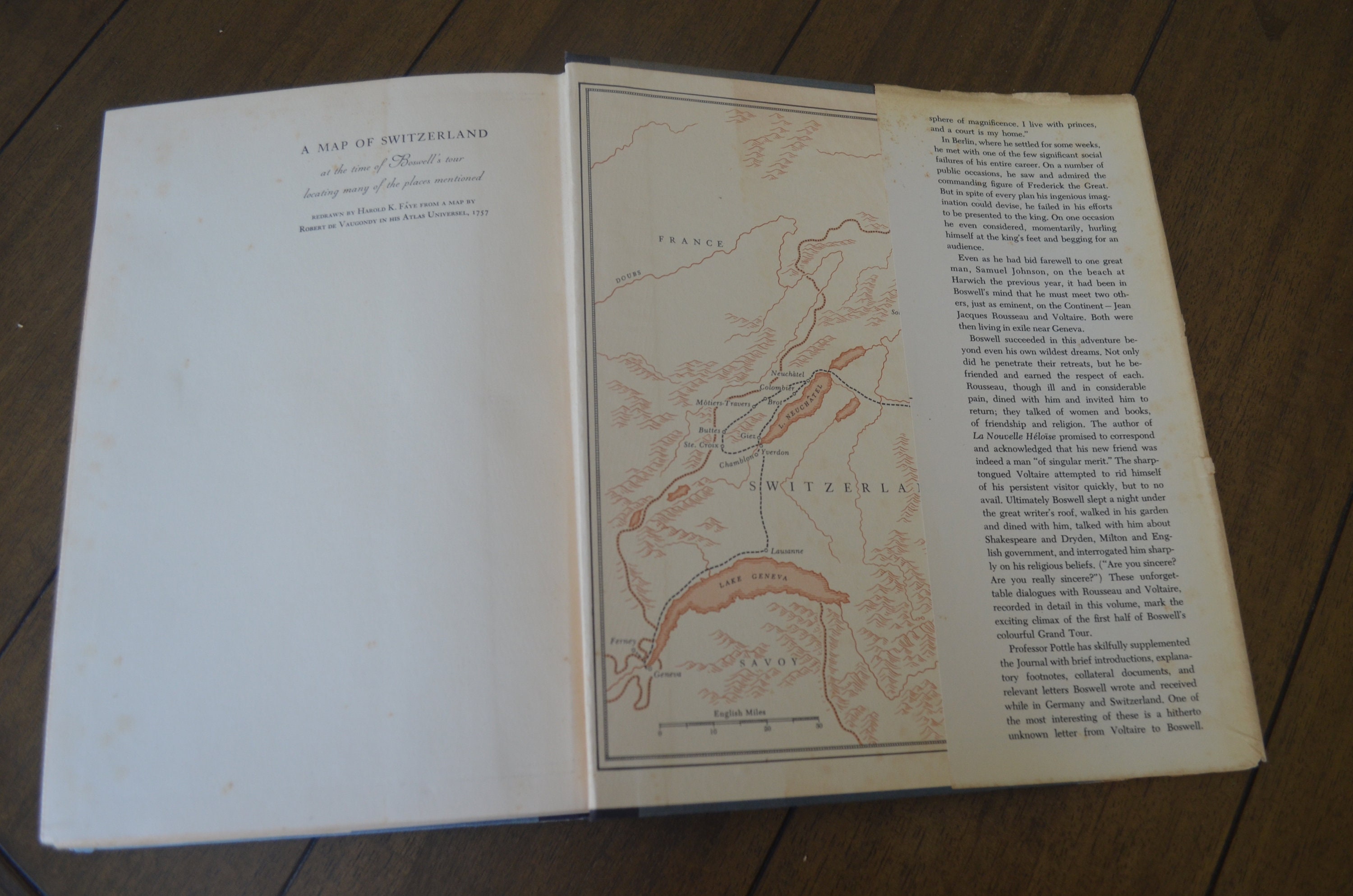 Boswell on the Grand Tour: Germany and Switzerland, 1764, Edited by Frederick A. Pottle, 1953, Vintage History Book

Dust jacket with cracking and wear around the edges. Cover had image of Boswell hanging out with Frederick the Great, Rousseau, and Voltaire. Cloth cover in two shades of blue with eagle on front. Endpages has a map of Germany at the time of Boswell. Inside clean and bright. Binding tight. See pictures for more evidence of condition.

James Boswell, 9th Laird of Auchinleck (/ˈbɒzwɛl, -wəl/; 29 October 1740 (N.S.)[1] – 19 May 1795), was a Scottish biographer, diarist, and lawyer, born in Edinburgh. He is best known for his biography of his friend and older contemporary, the English writer Samuel Johnson, which is commonly said to be the greatest biography written in the English language.[2][3] A great mass of Boswell's diaries, letters and private papers were recovered from the 1920s to the 1950s, and their ongoing publication by Yale University has transformed his reputation.

In the 1920s a great part of Boswell's private papers, including intimate journals for much of his life, were discovered at Malahide Castle, north of Dublin. These provide a hugely revealing insight into the life and thoughts of the man. They were sold to the American collector Ralph H. Isham and have since passed to Yale University, which has published popular and scholarly editions of his journals and correspondence. A second cache was discovered soon after and also purchased by Isham. A substantially longer edition of The Journal of a Tour to the Hebrides was published in 1936 based on his original manuscript, edited by L. F. Powell. His London Journal 1762–63, the first of the Yale journal publications, appeared in 1950. The last popular edition, The Great Biographer, 1789–1795, was published in 1989. Publication of the research edition of Boswell's journals and letters, each including never before published material, is ongoing.

These detailed and frank journals include voluminous notes on the Grand Tour of Europe that he took as a young man and, subsequently, of his tour of Scotland with Johnson. His journals also record meetings and conversations with eminent individuals belonging to The Club, including Lord Monboddo, David Garrick, Edmund Burke, Joshua Reynolds and Oliver Goldsmith.

It is since the discovery of these journals that Boswell has become recognized as a major literary artist. His openness to every nuance of feeling, his delicacy in capturing fugitive sentiments and revealing gestures, his comic self-regard and (at times) self-contempt. Boswell was willing to express what other authors of the time repressed.[20]