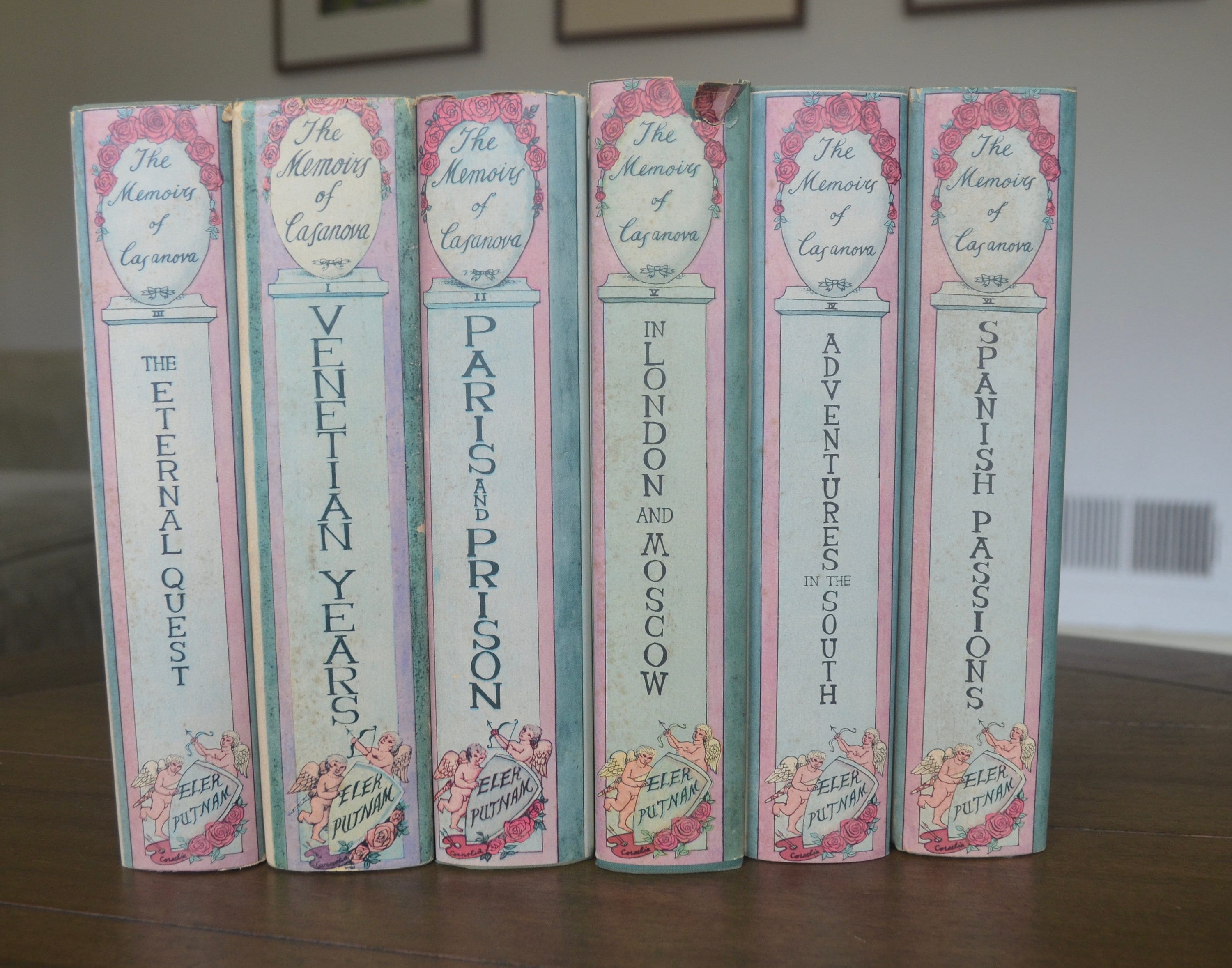 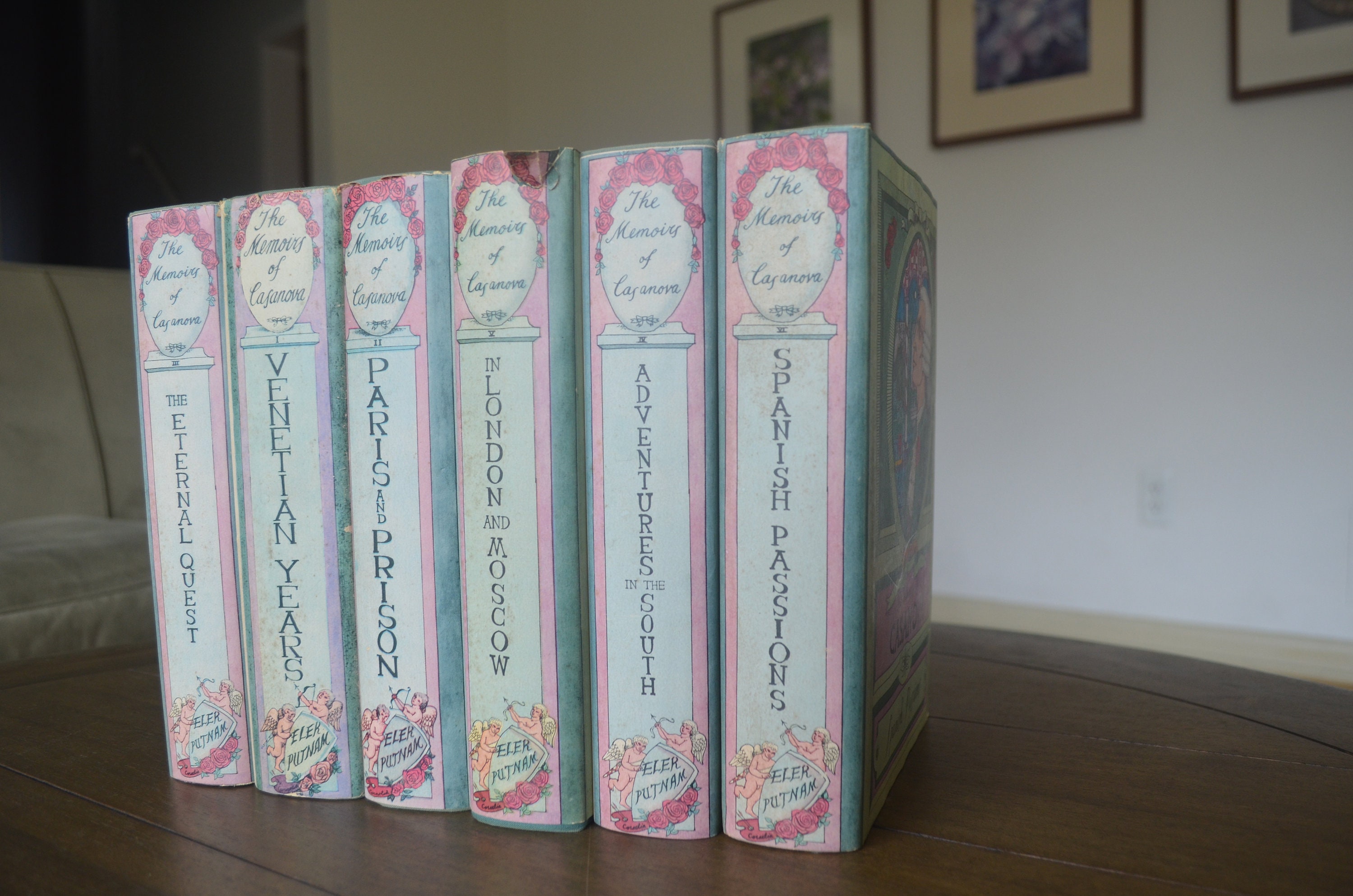 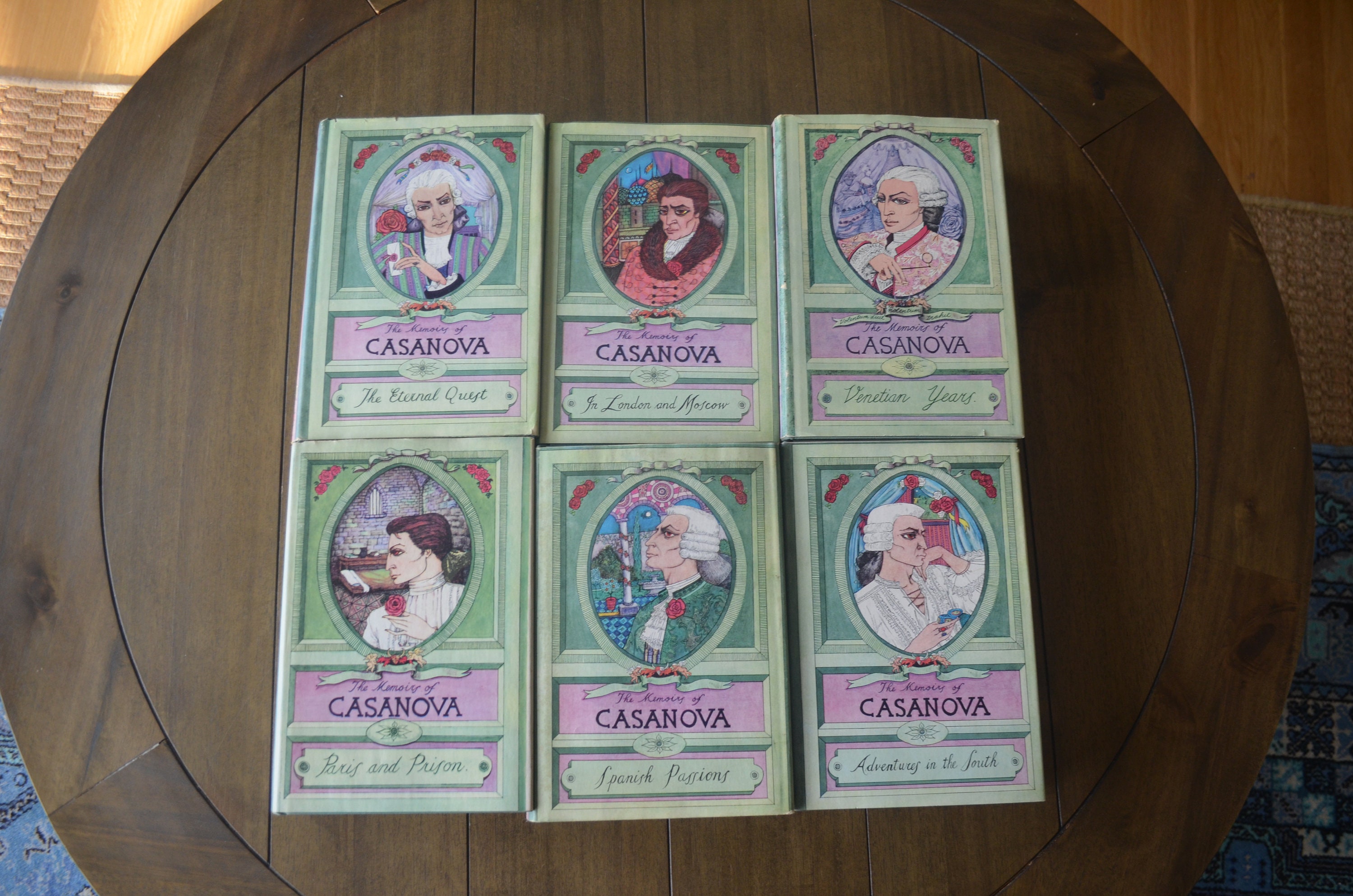 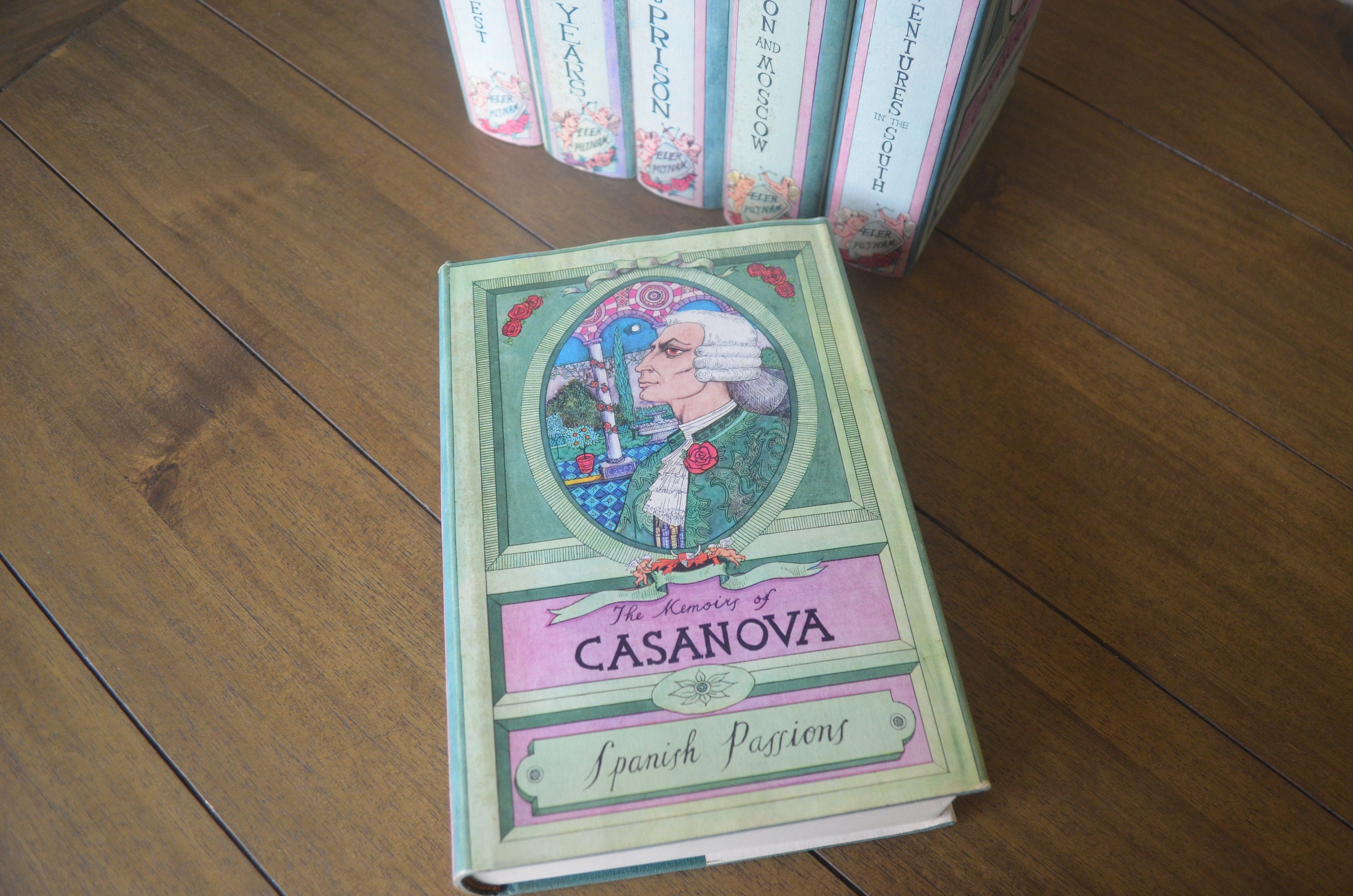 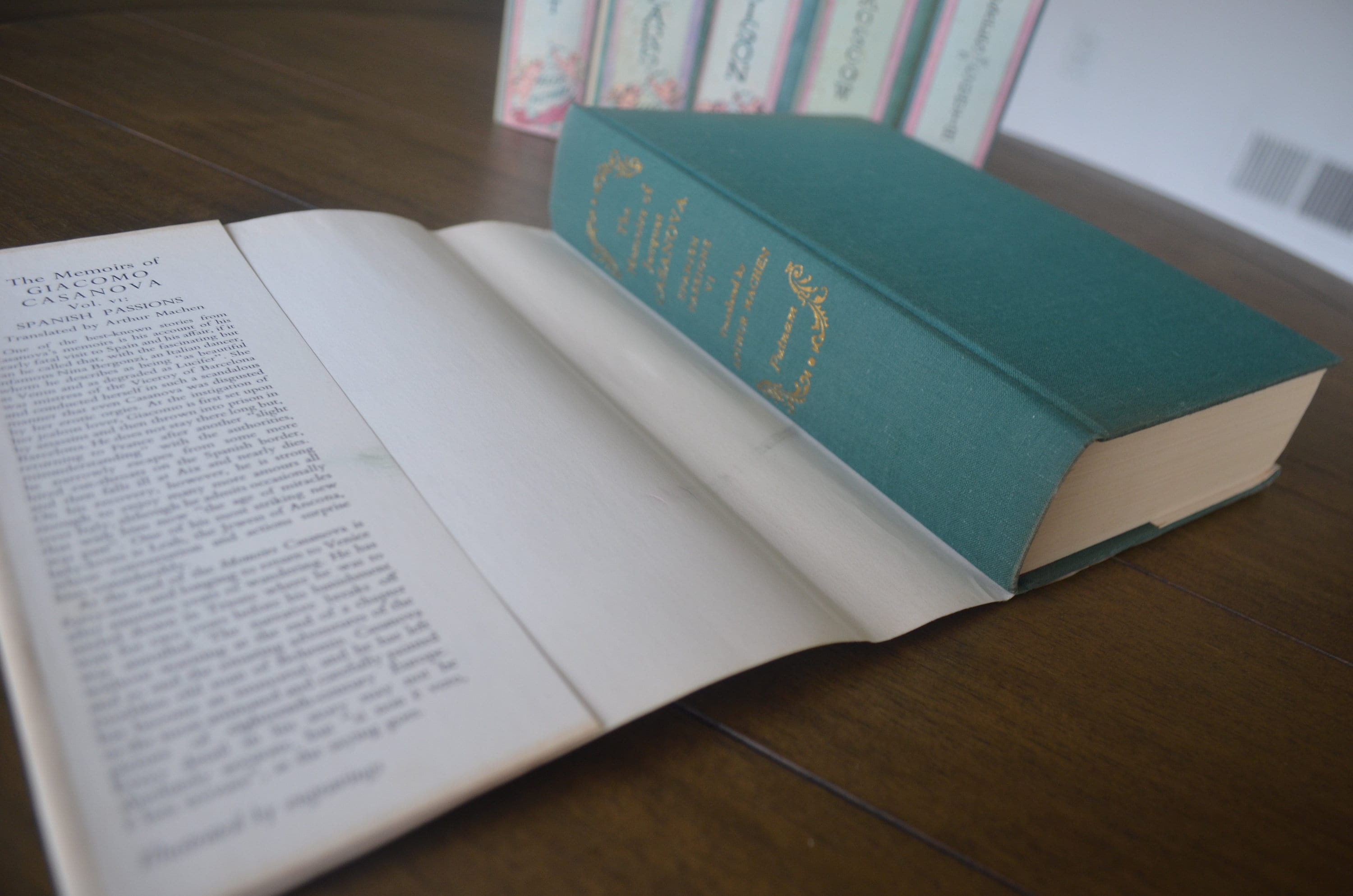 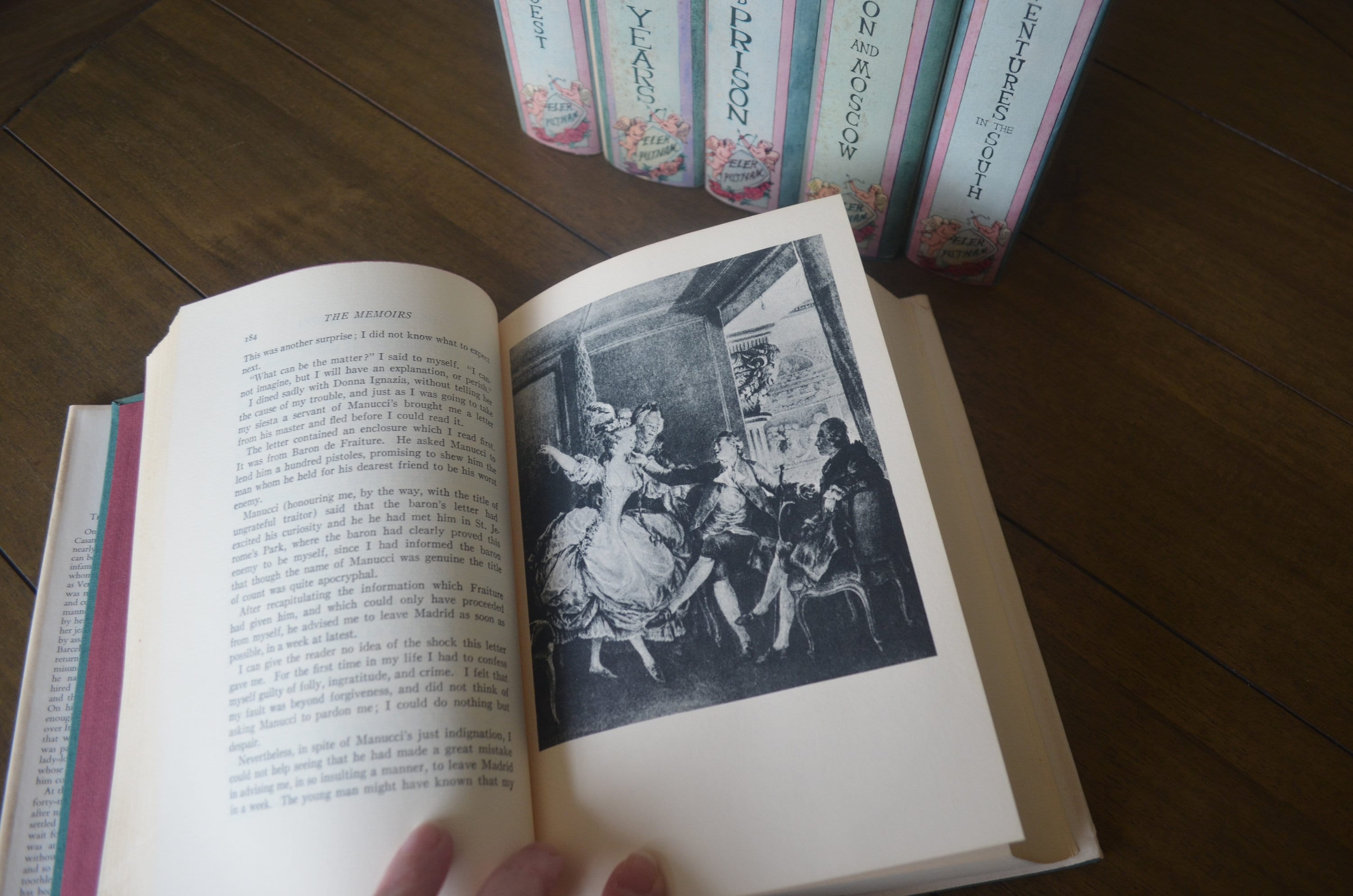 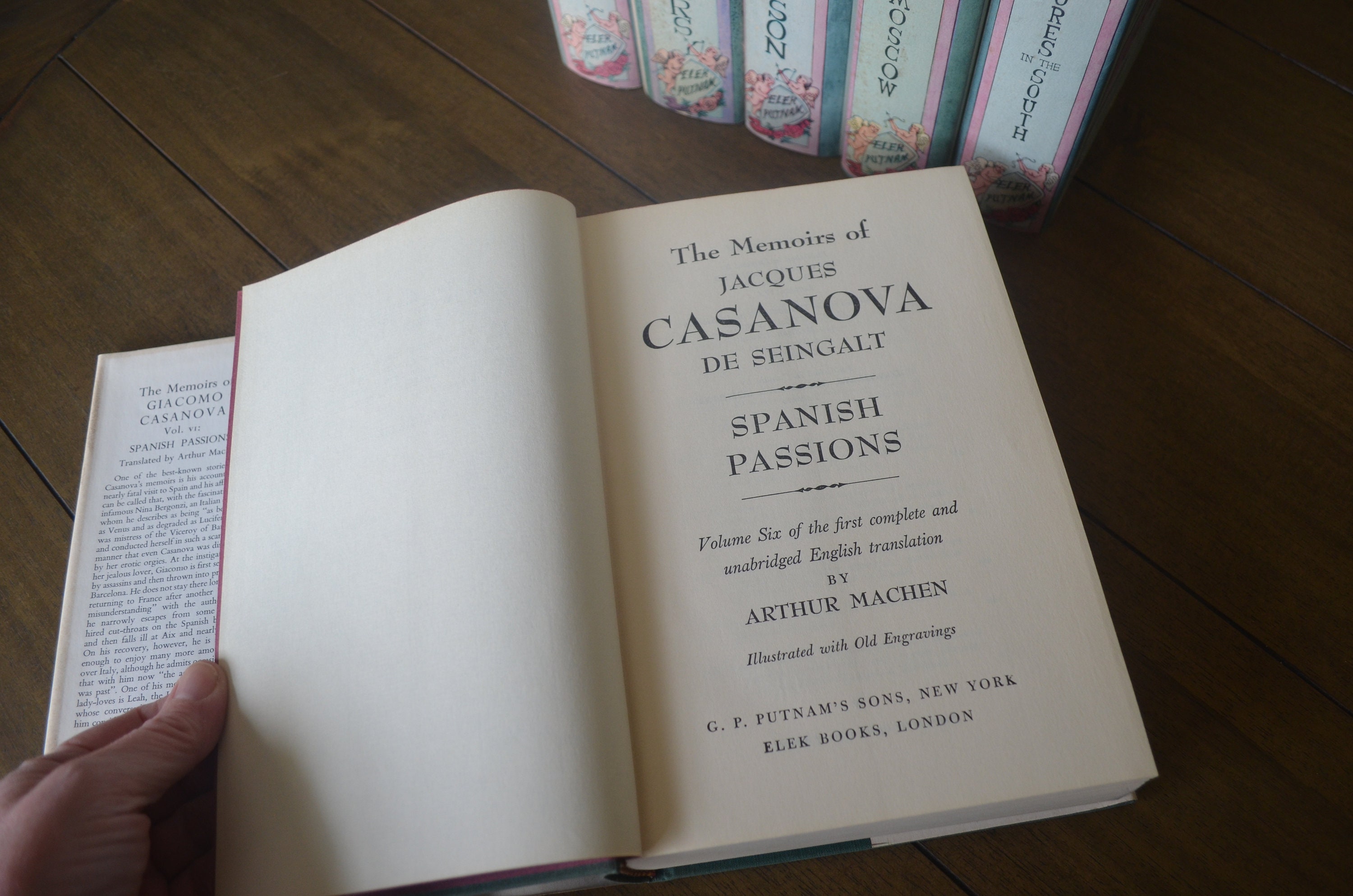 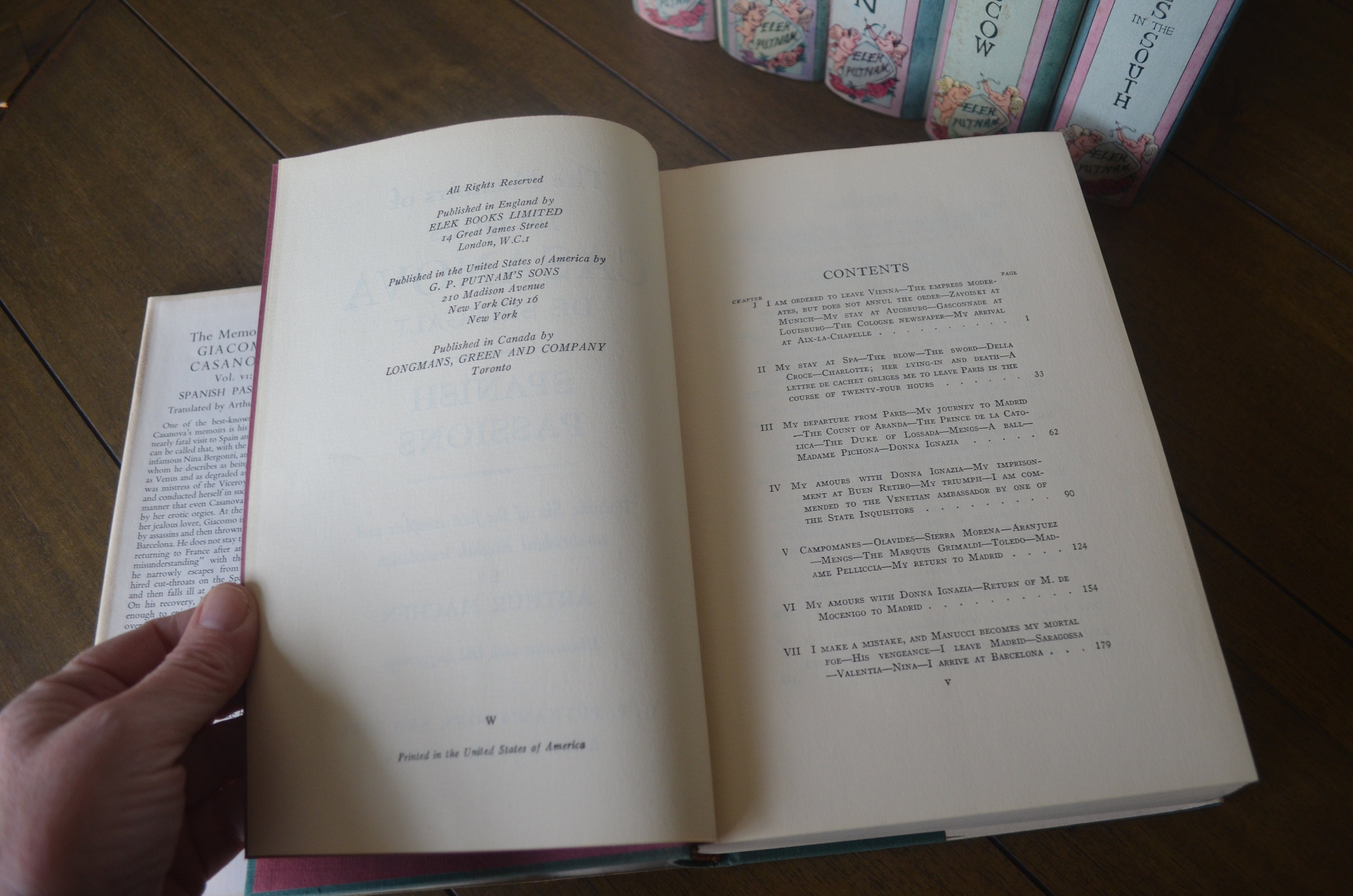 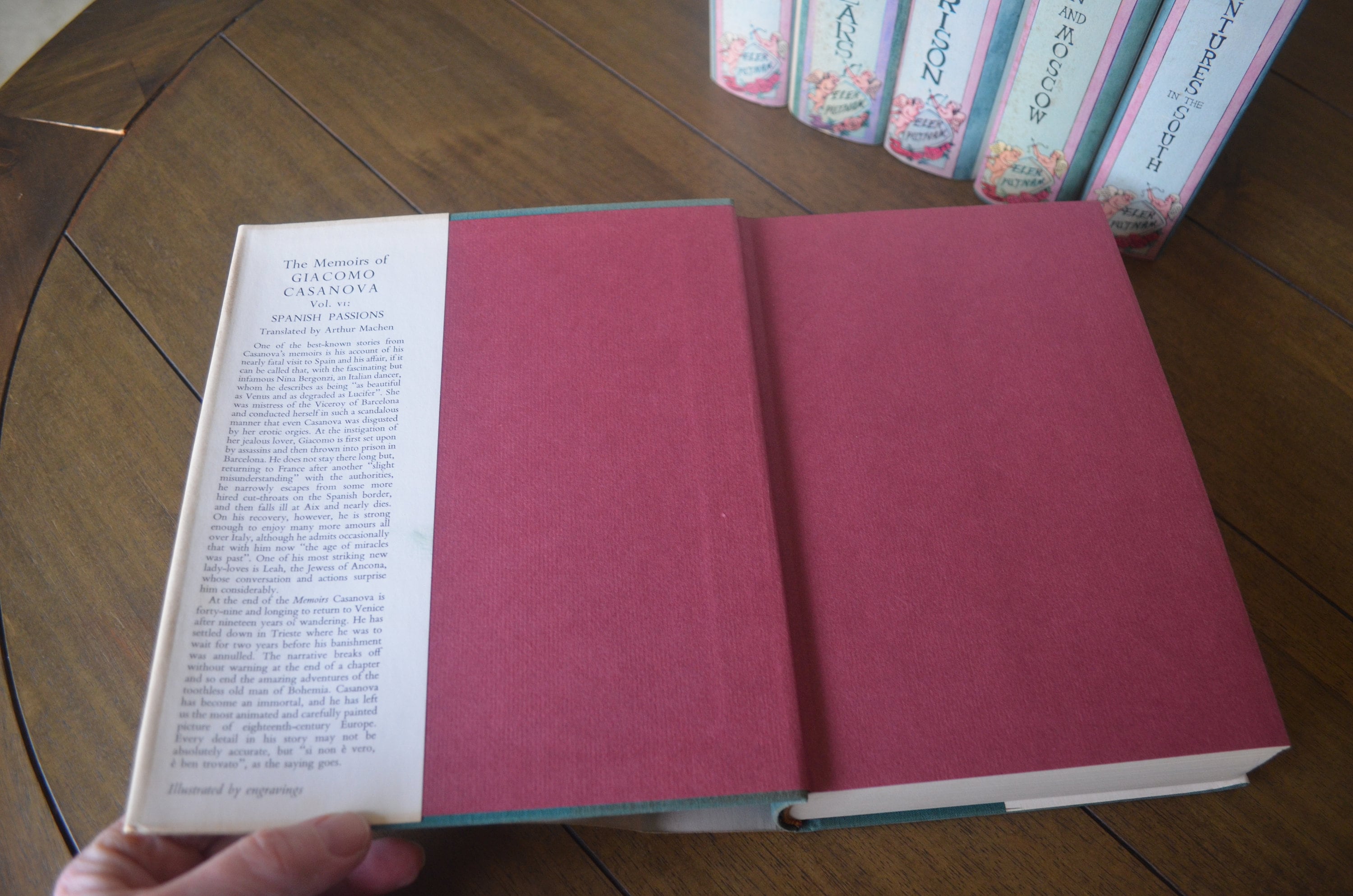 The Rare Unabridged London Edition of 1894 Translated by Arthur Machen to which has been added the chapters discovered by Arthur Symons, A Supplement, and Biography

Six volumes in this lovely set of Casanova's memoirs. Dust jackets are great. One has a crack in the cover on the spine. Green cloth cover with gold lettering. No writing inside. Clean and tight. See pictures for more evidence of condition.

Giacomo Girolamo Casanova (/ˌkæsəˈnoʊvə, ˌkæzə-/,[1][2][3] Italian: [ˈdʒaːkomo dʒiˈrɔːlamo kazaˈnɔːva, kasa-]; 2 April 1725 – 4 June 1798) was an Italian adventurer and author from the Republic of Venice.[4][5] His autobiography, Histoire de ma vie (Story of My Life), is regarded as one of the most authentic sources of the customs and norms of European social life during the 18th century.[6]

As was not uncommon at the time, Casanova, depending on circumstances, used more or less fictitious names, such as baron or count of Farussi (the name of his mother) or Chevalier de Seingalt (French pronunciation: ​[sɛ̃ɡɑl]).[7] He often signed his works Jacques Casanova de Seingalt after he began writing in French following his second exile from Venice.[8]

He has become so famous for his often complicated and elaborate affairs with women that his name is now synonymous with "womanizer". He associated with European royalty, popes, and cardinals, along with luminaries such as Voltaire, Goethe, and Mozart. He spent his last years in the Dux Chateau (Bohemia) as a librarian in Count Waldstein's household, where he also wrote the story of his life.