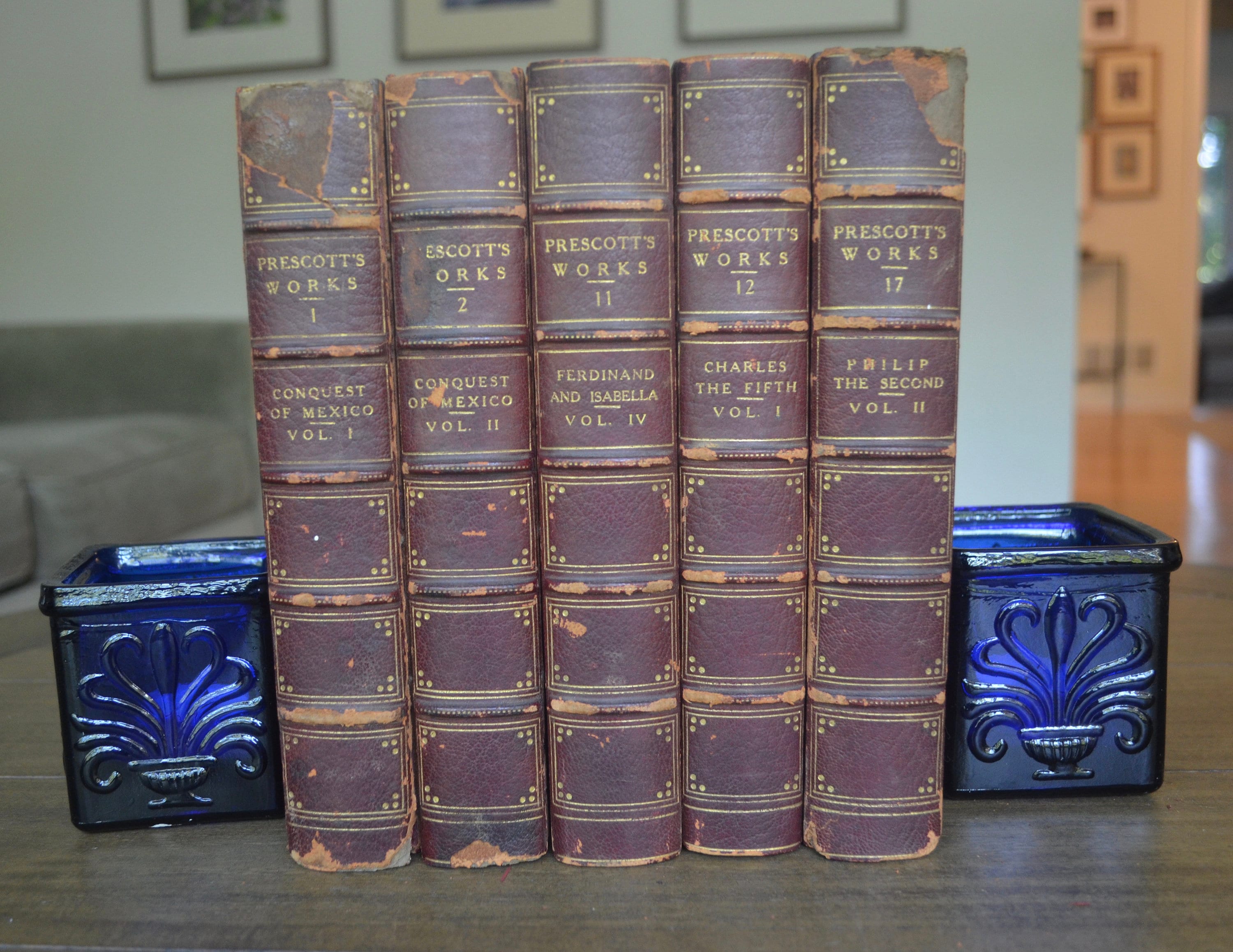 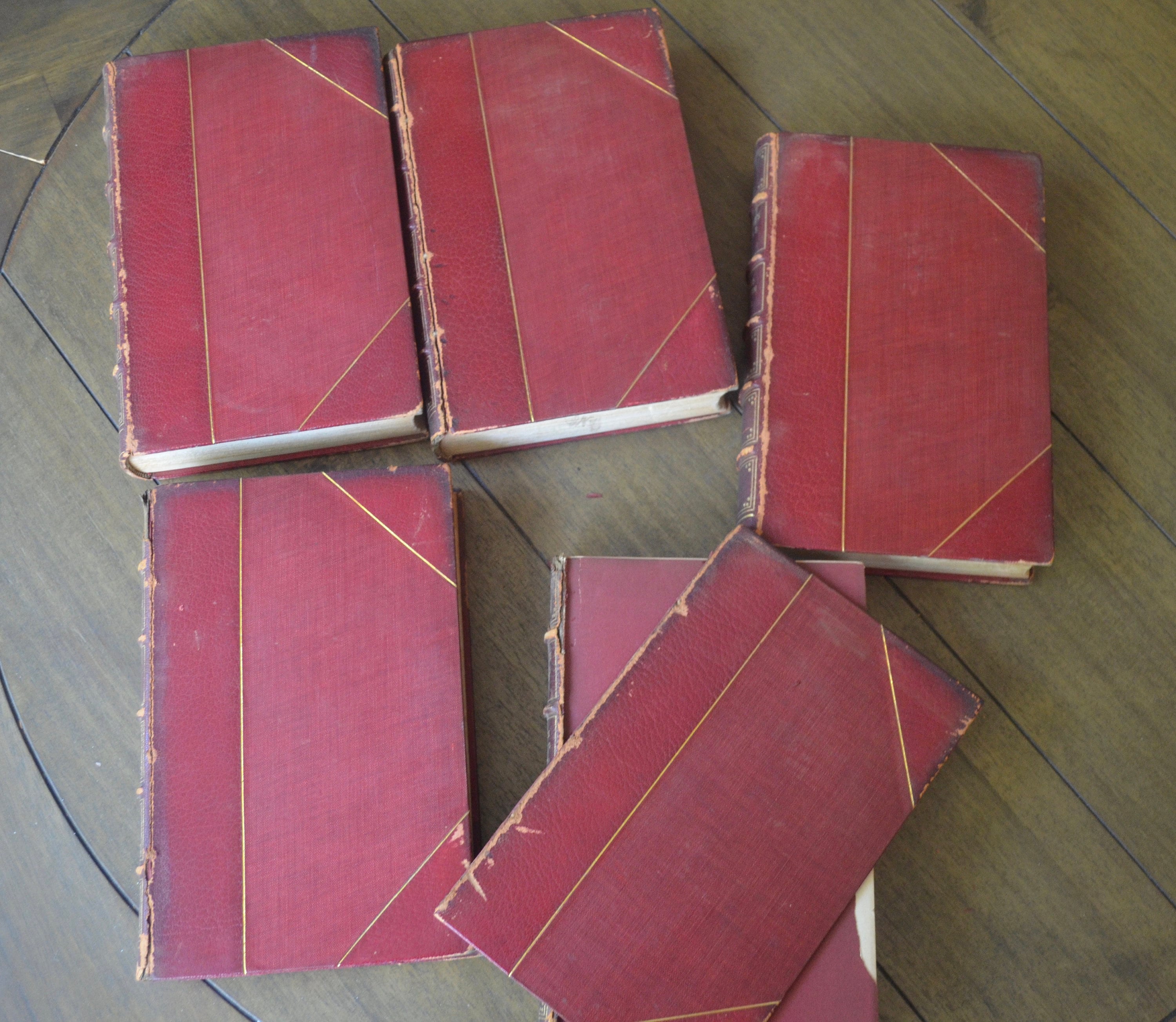 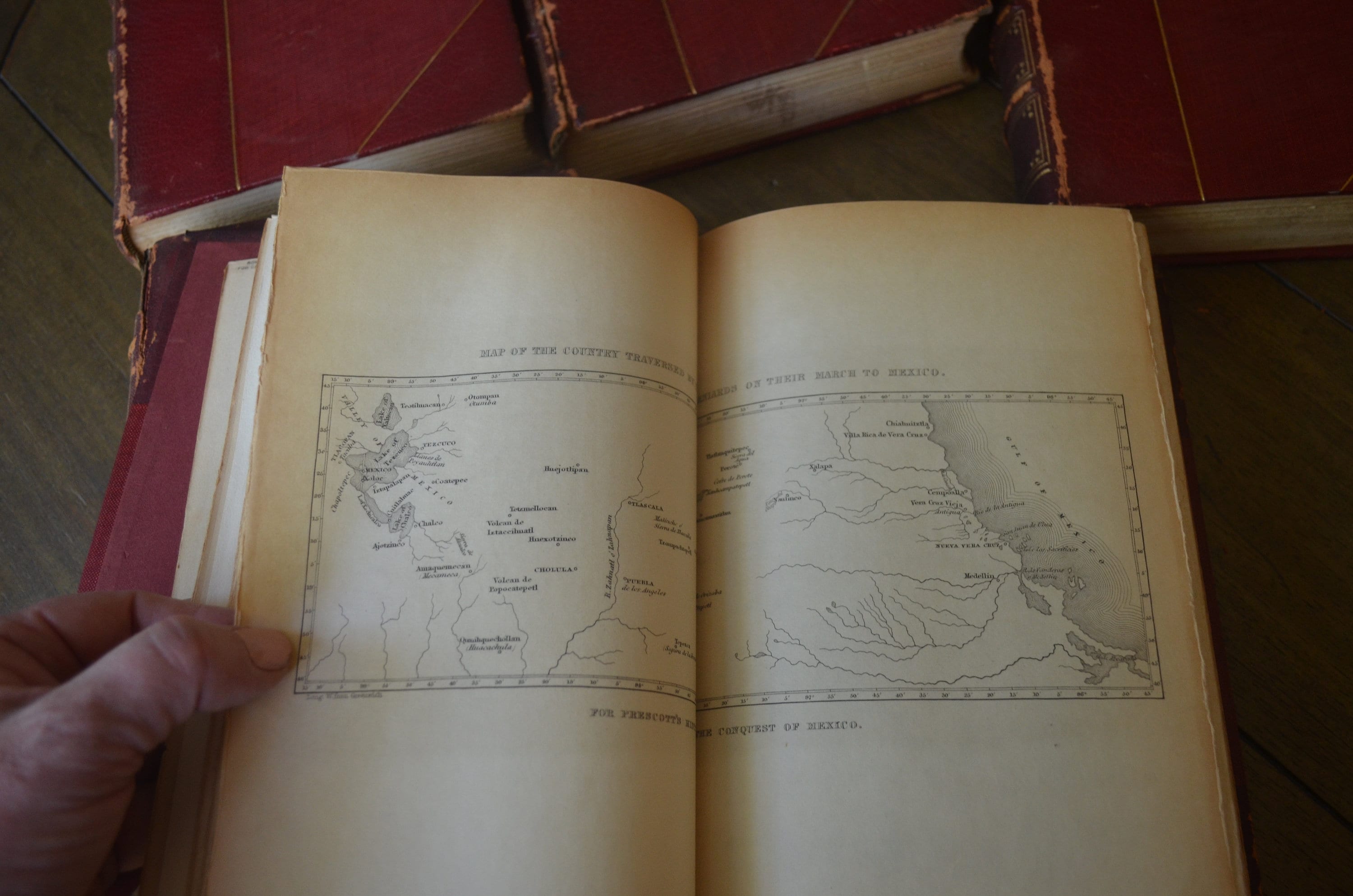 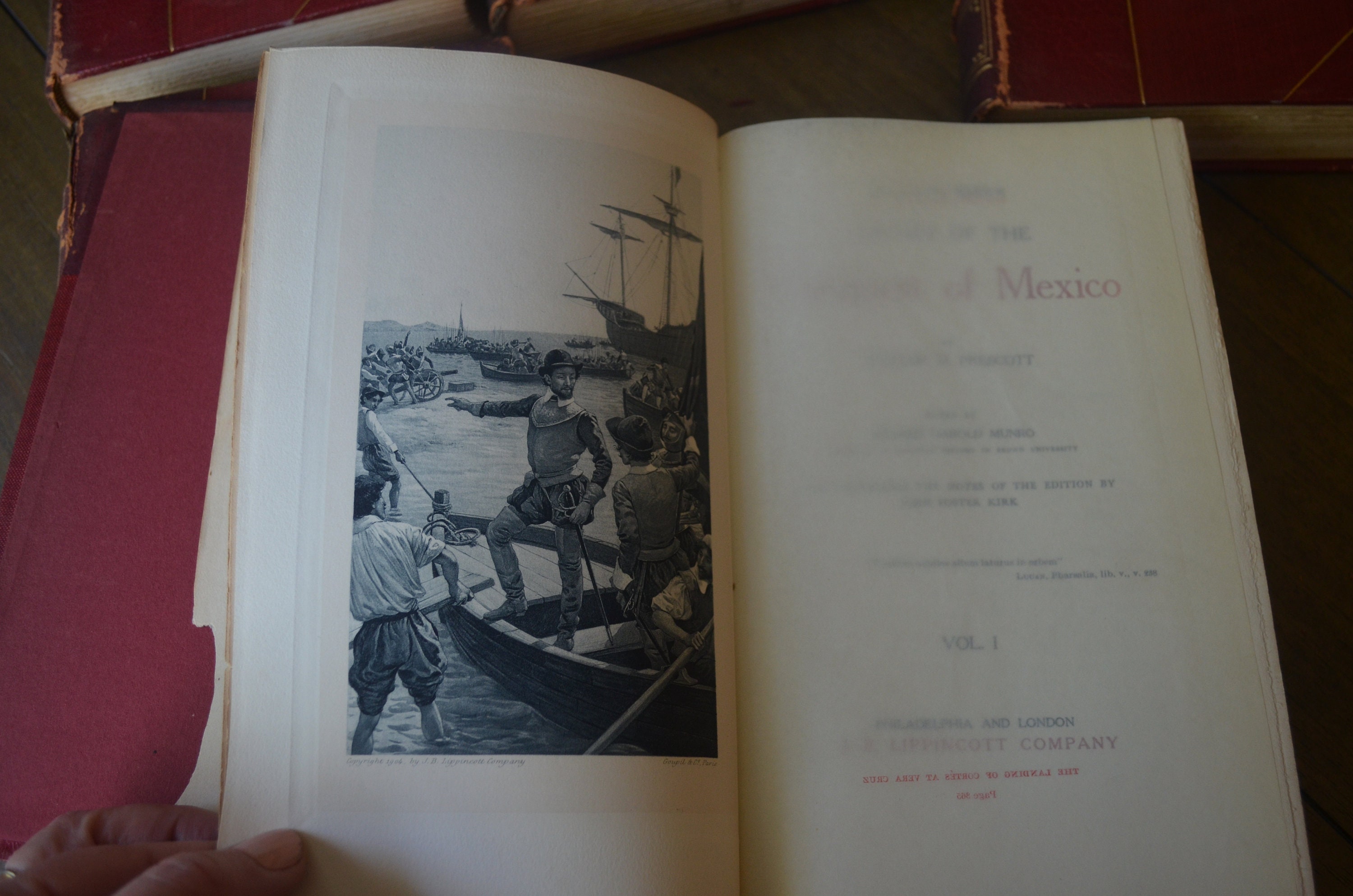 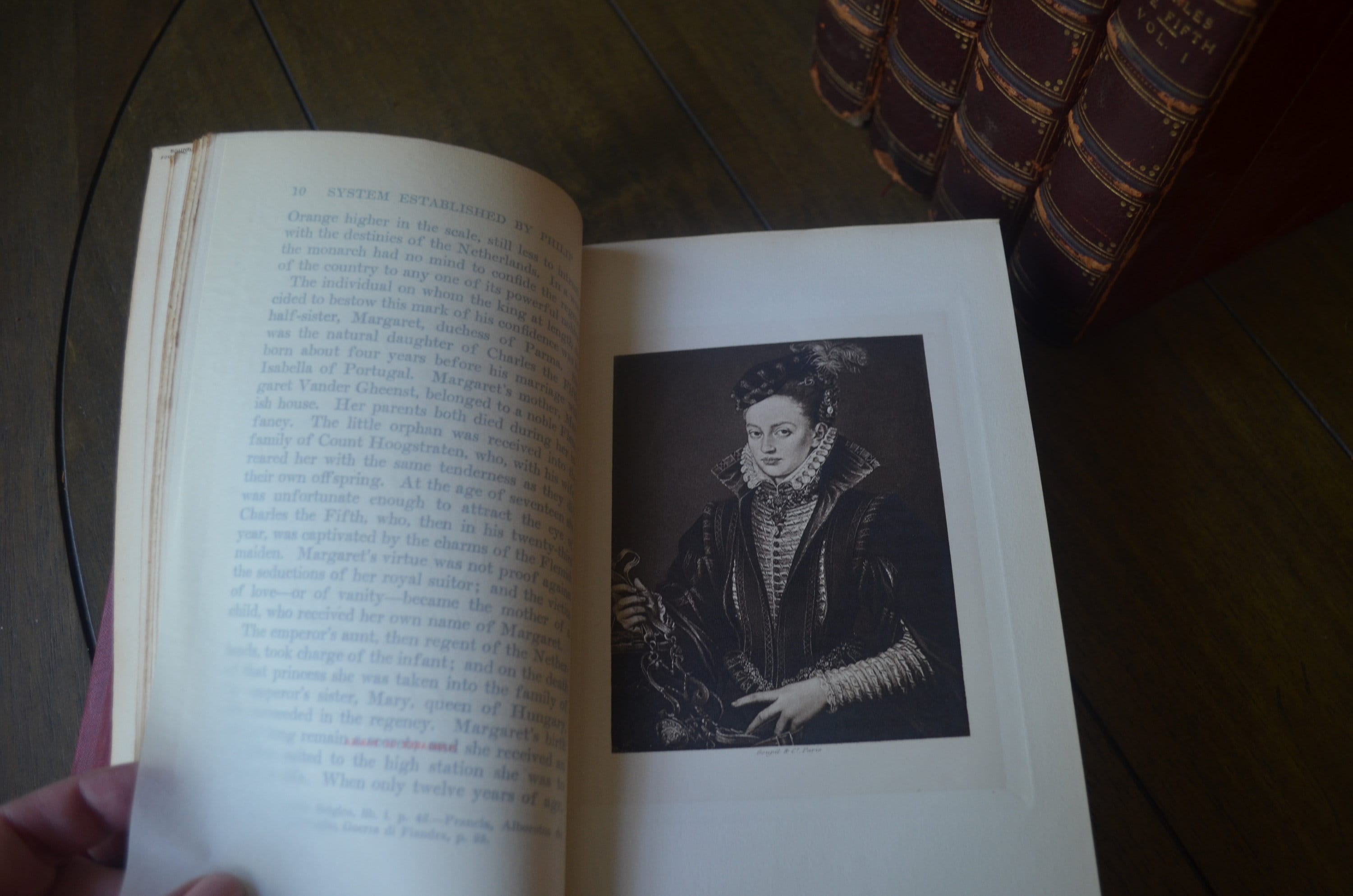 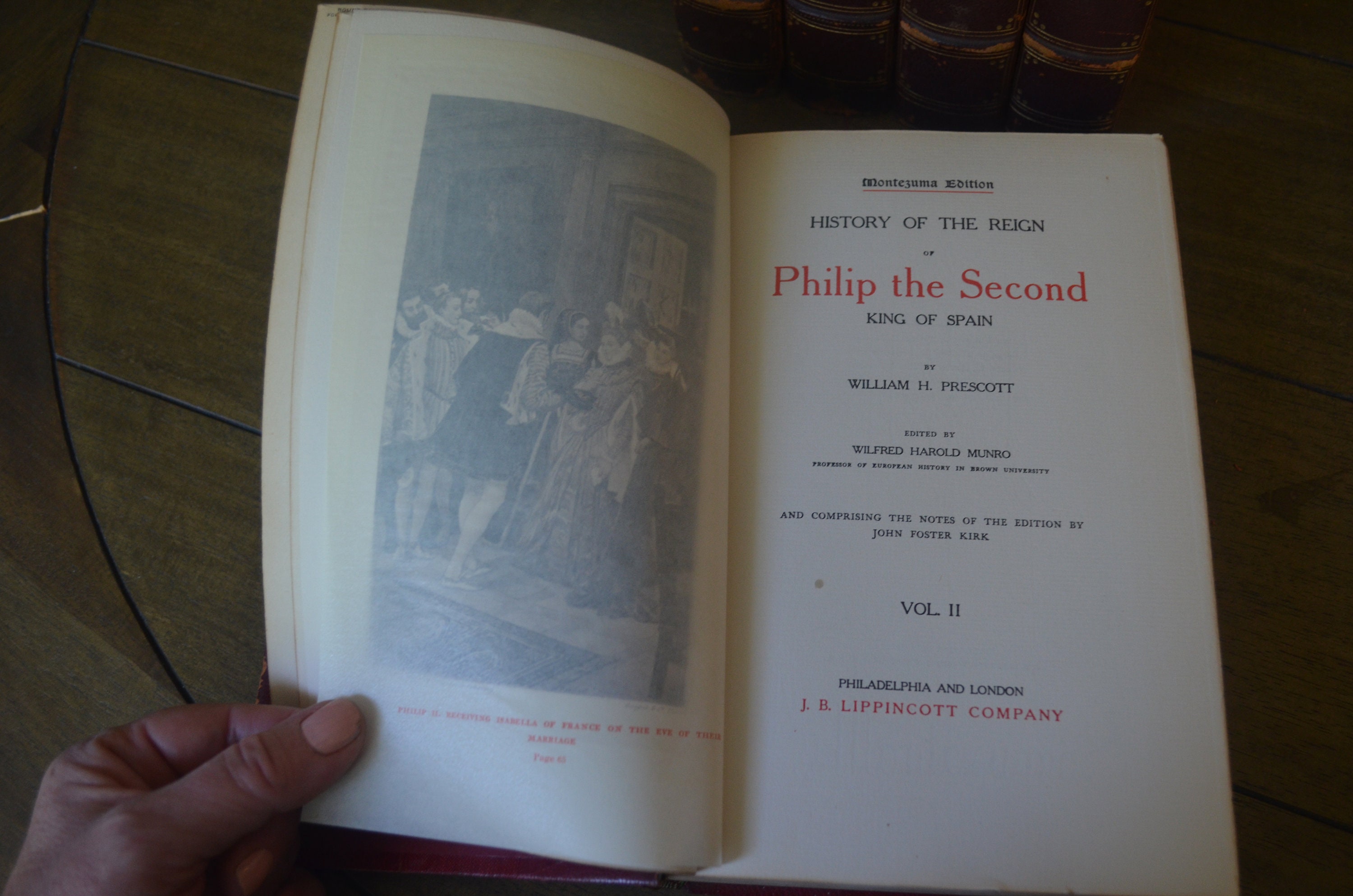 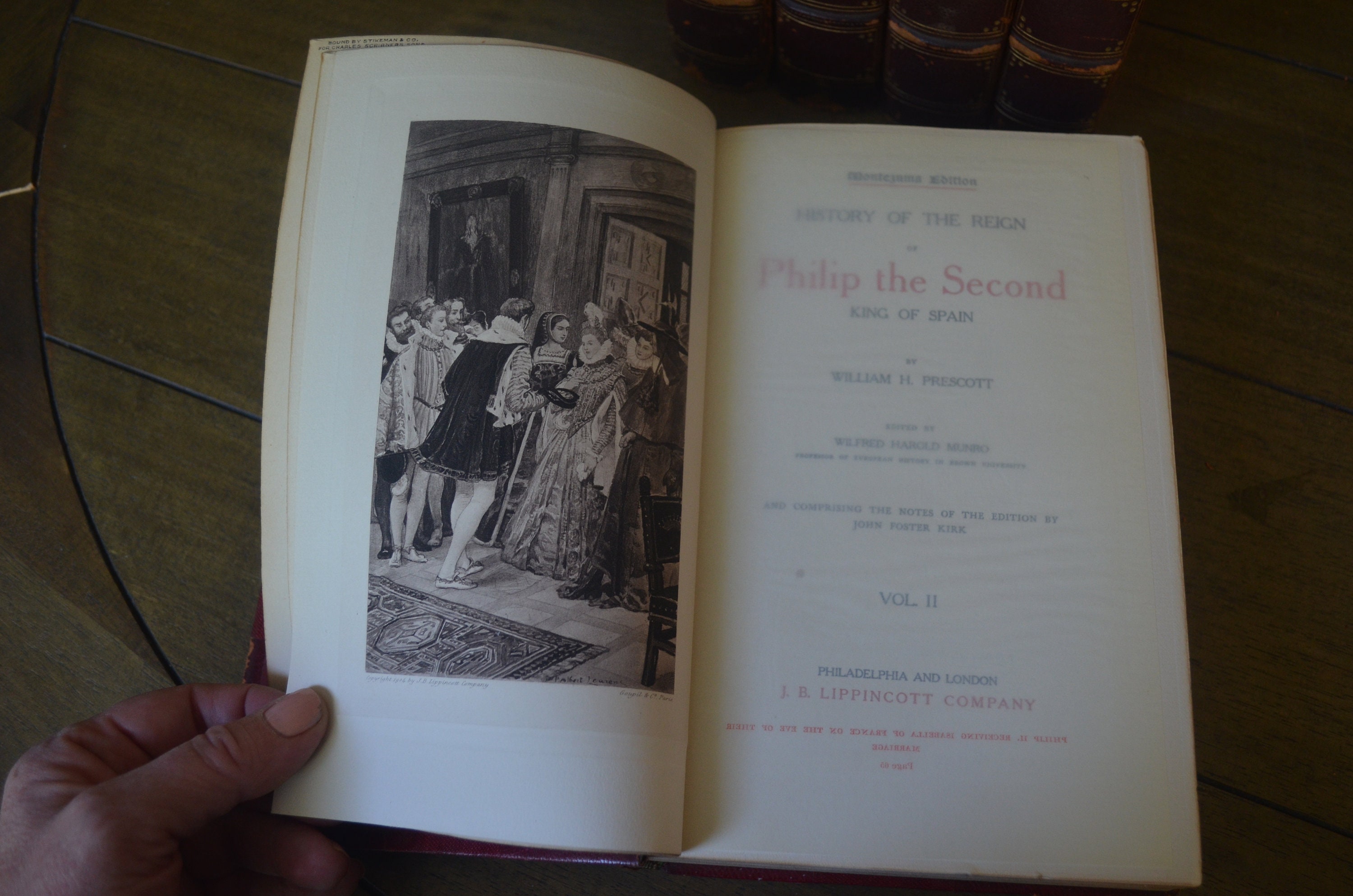 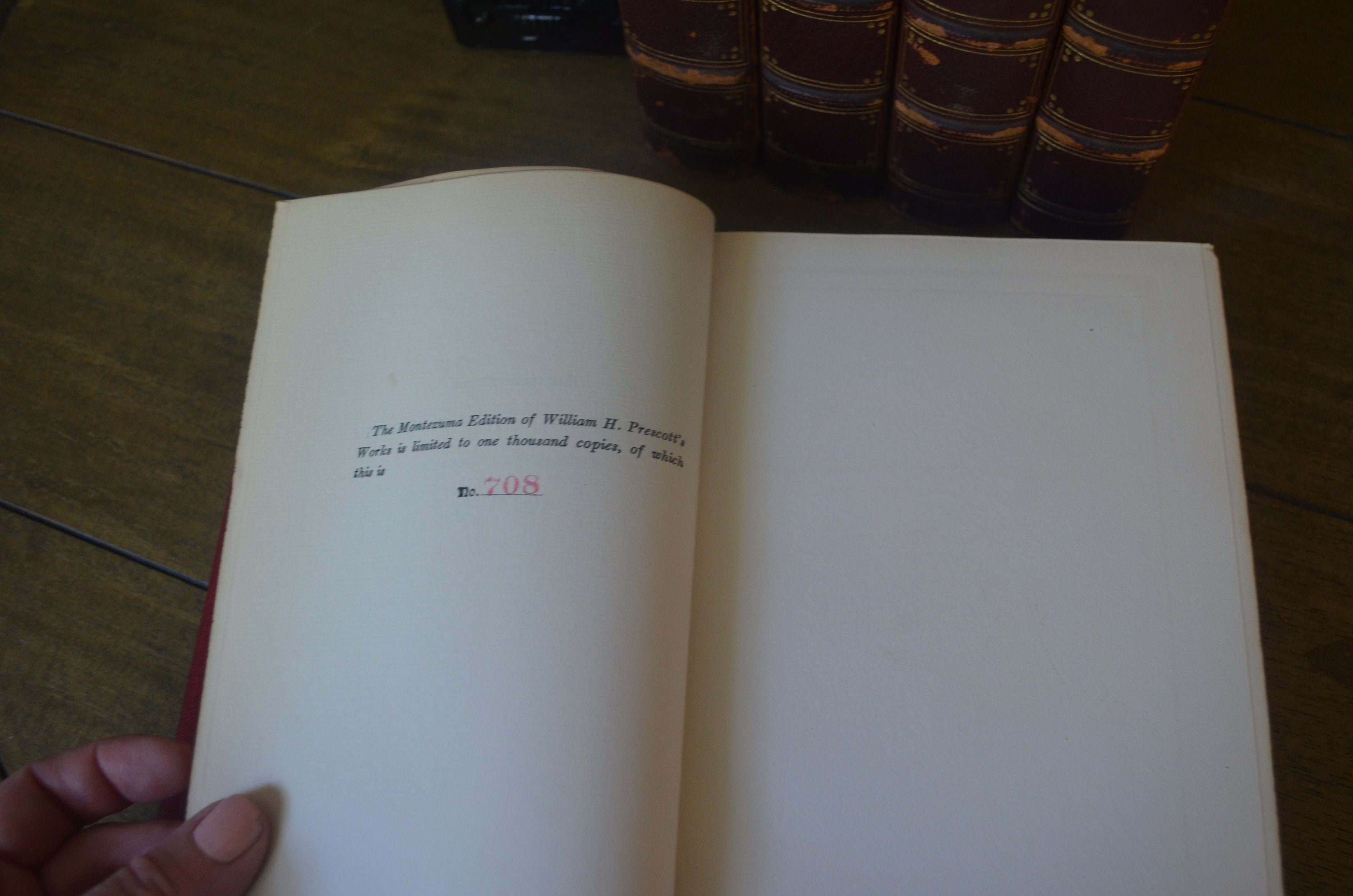 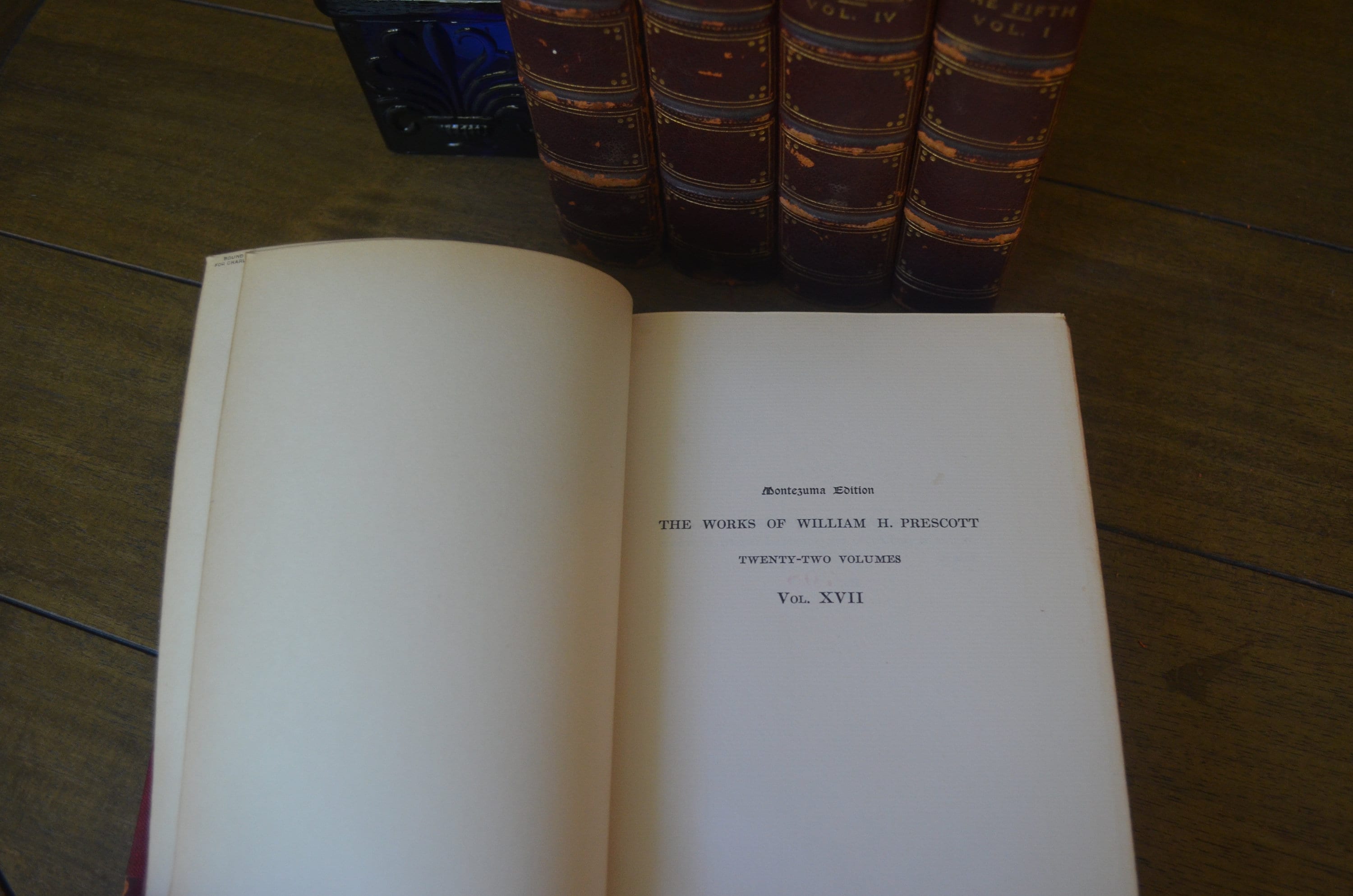 The Montezuma Edition of William H. Prescott's Works is limited to 1,000 copies. This is edition 708.

One book has a loose cover. Another one is hanging. Insides a clean and in great condition. Bindings are strong. See pictures for evidence of condition. More pictures available upon request.

William Hickling Prescott (May 4 1796 January 29 1859) was an American historian and Hispanist, considered to have been the first American scientific historian. Despite suffering from serious visual impairment Prescott became one of the most eminent historians of nineteenth century America.

WILLIAM PRESCOTT William Hickling Prescott (May 4, 1796 – January 29, 1859) was an American historian, known for his books The History of the Reign of Ferdinand and Isabella the Catholic and The History of the Conquest of Mexico. After ten years of study, he published in 1837 his History of Ferdinand and Isabella, which at once gained for him a high place among historians. It was followed in 1843 by the History of the Conquest of Mexico, and in 1847 by the Conquest of Peru. His last work was the History of Philip II, of which the third volume appeared in 1858, and which was left unfinished. In that year he had an apoplectic shock, and another in 1859 was the cause of his death. In all his works he displayed great research, impartiality, and an admirable narrative power. The great disadvantage at which, owing to his very imperfect vision, he worked, makes the first of these qualities specially remarkable, for his authorities in a foreign tongue were read to him, while he had to write on a frame for the blind. Prescott was a man of amiable and benevolent character, and enjoyed the friendship of many of the most distinguished men in Europe as well as in America . Much of Prescott 's work was based on his researches with unpublished documents in archives in Spain . W. H. Prescott died of a stroke in Boston , Massachusetts . In Arizona , the town of Prescott was named after him for his book The Conquest of Mexico. In 1966 the Colegio Anglo Americano Prescott (school)[1] was founded in Arequipa , Peru in Prescott 's honor.