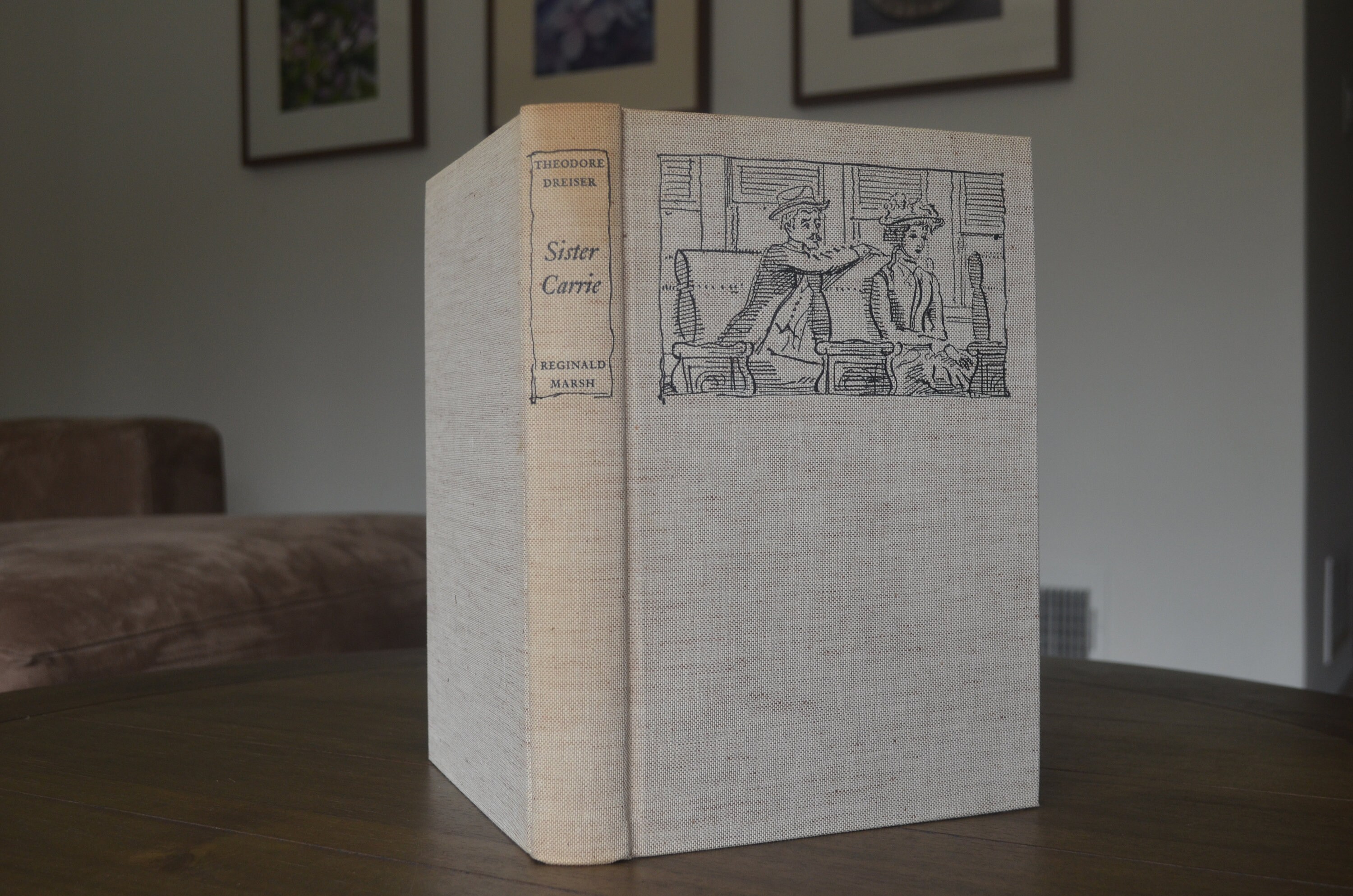 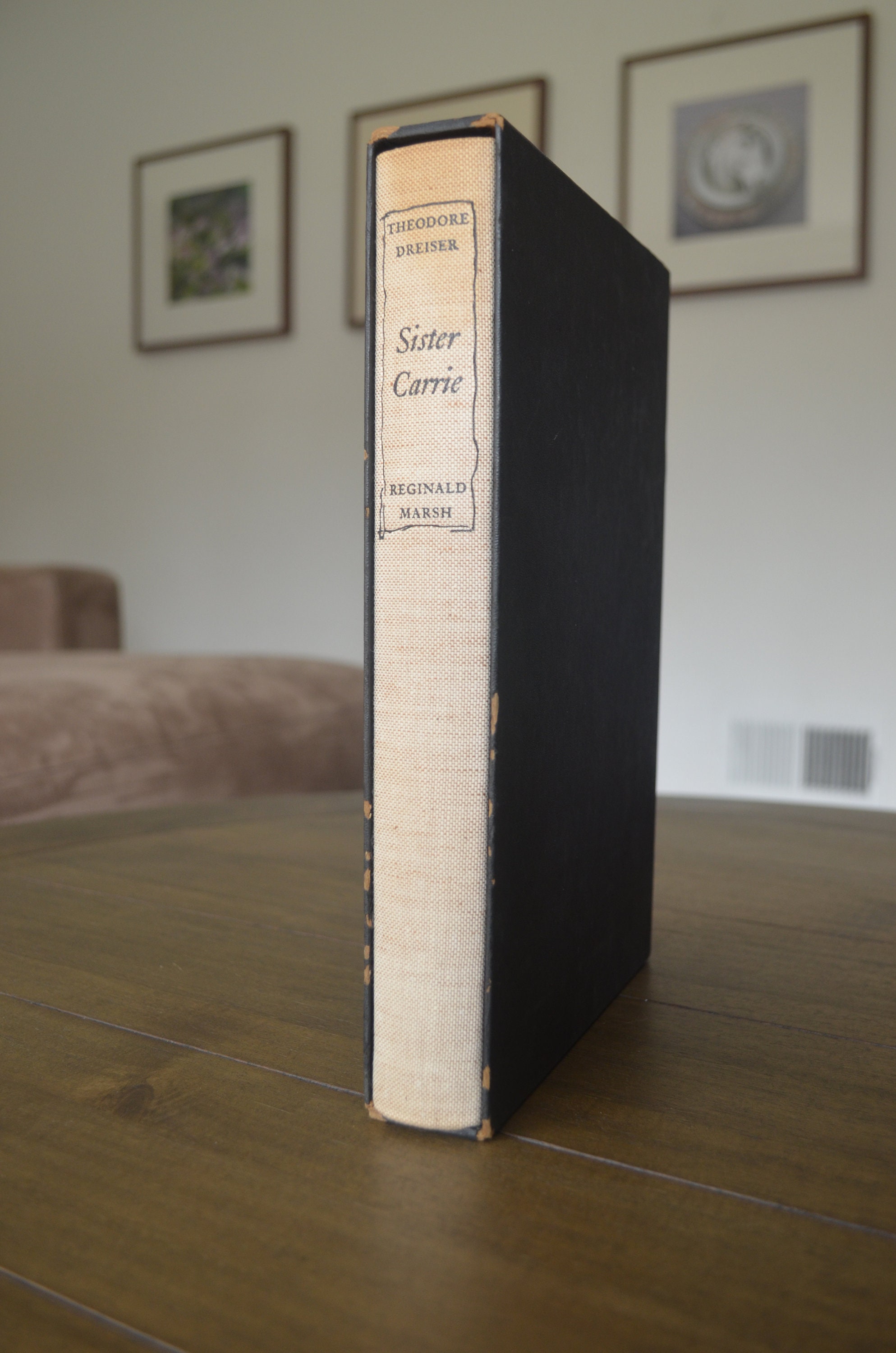 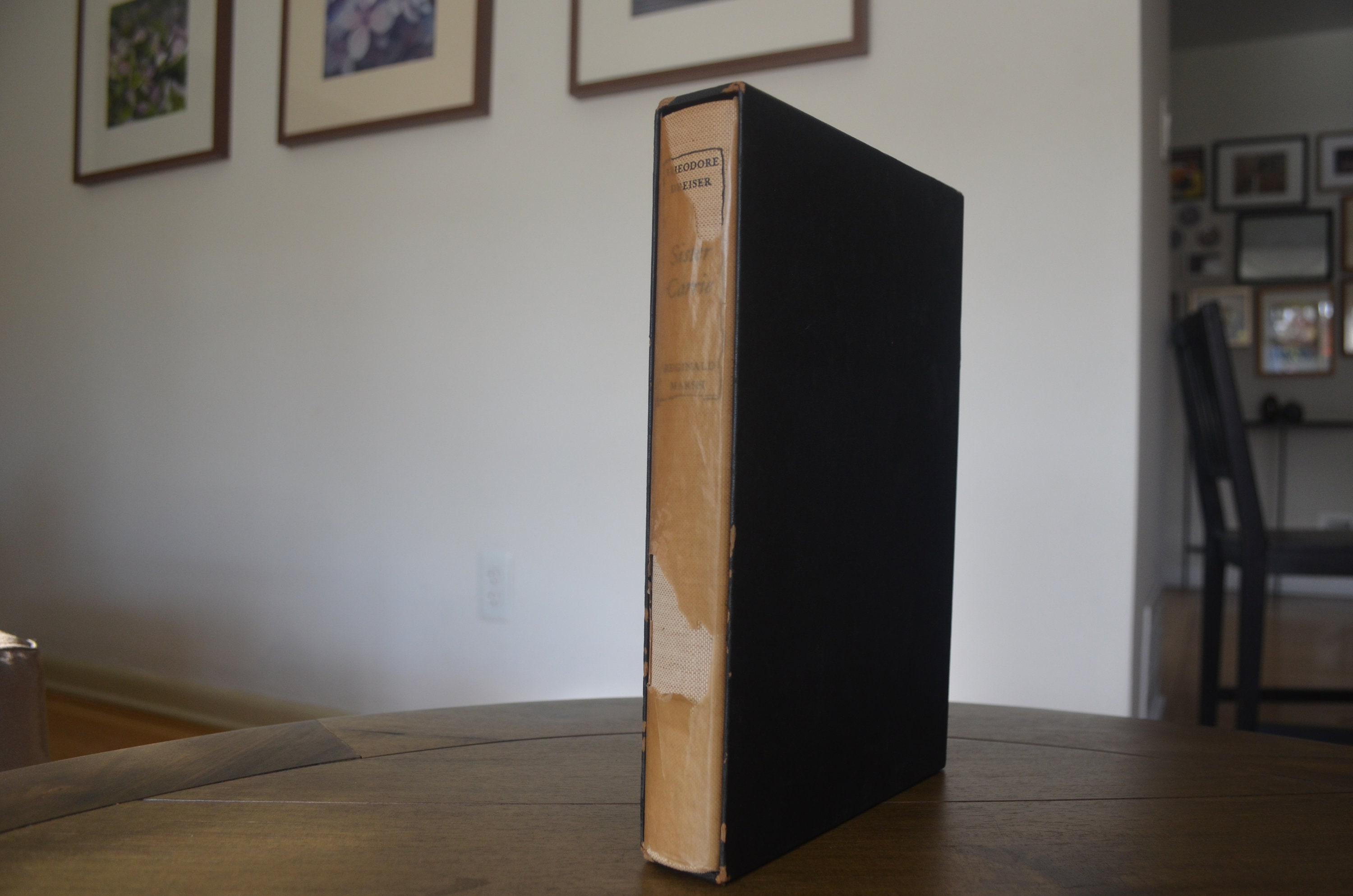 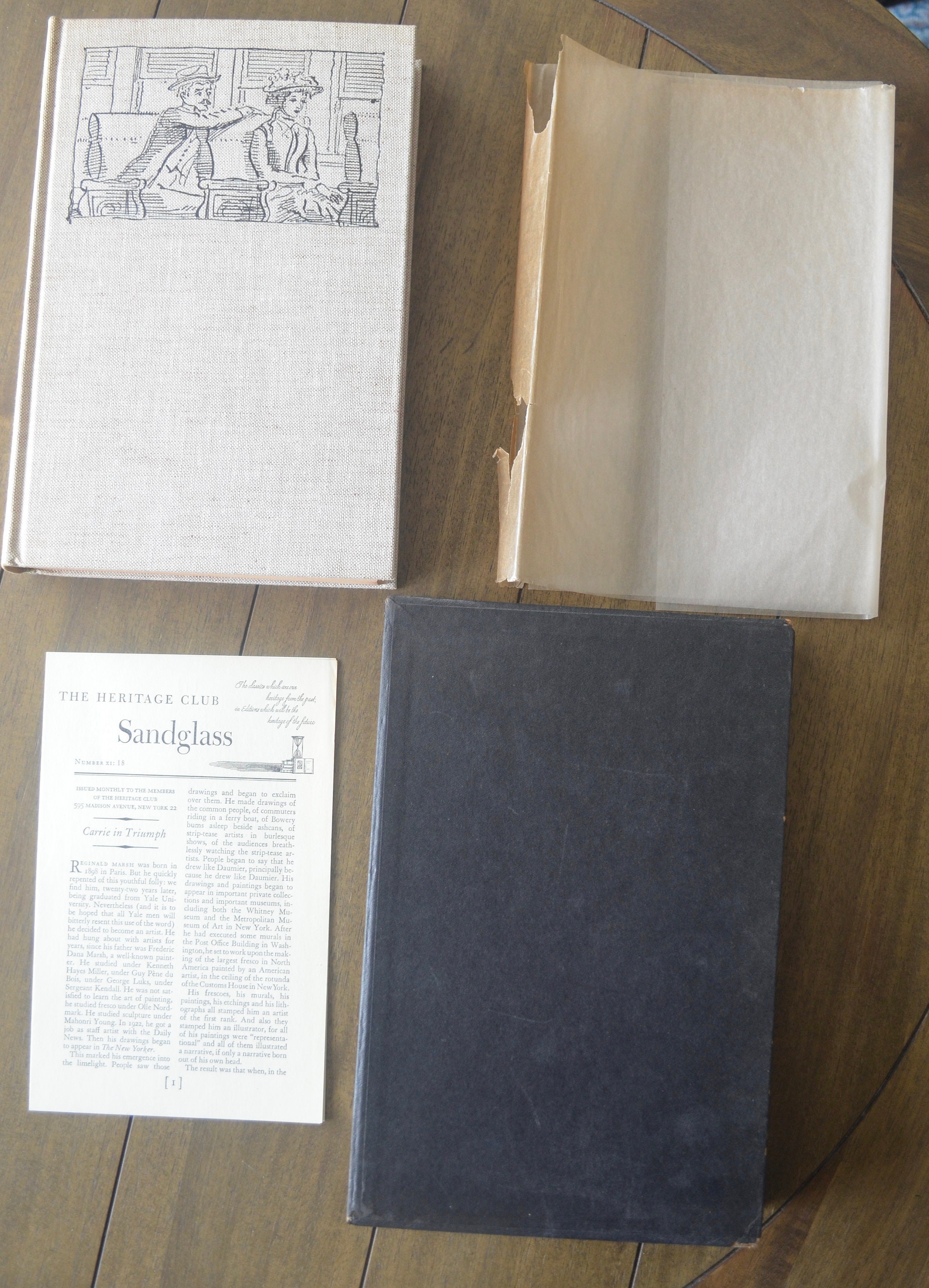 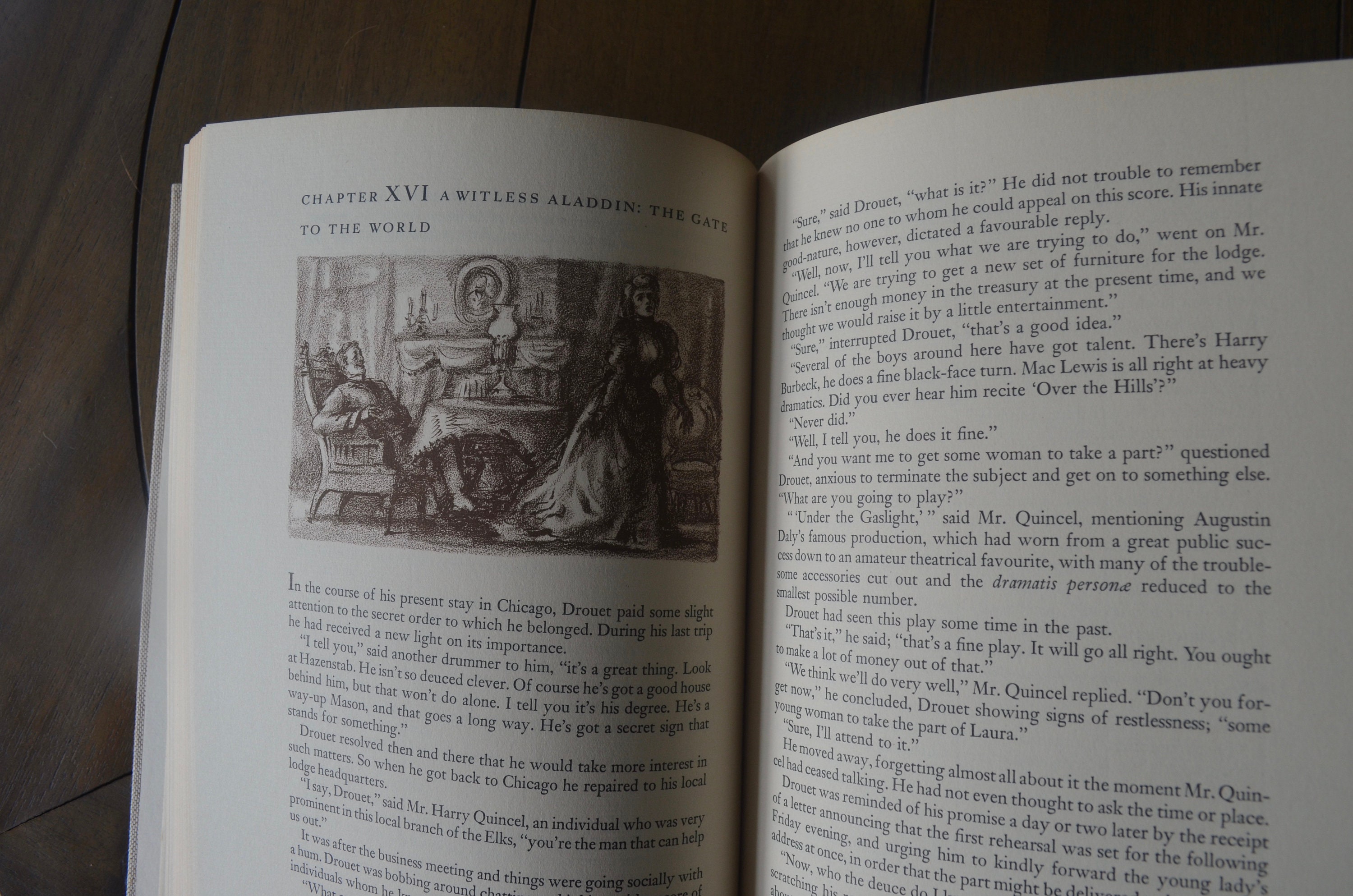 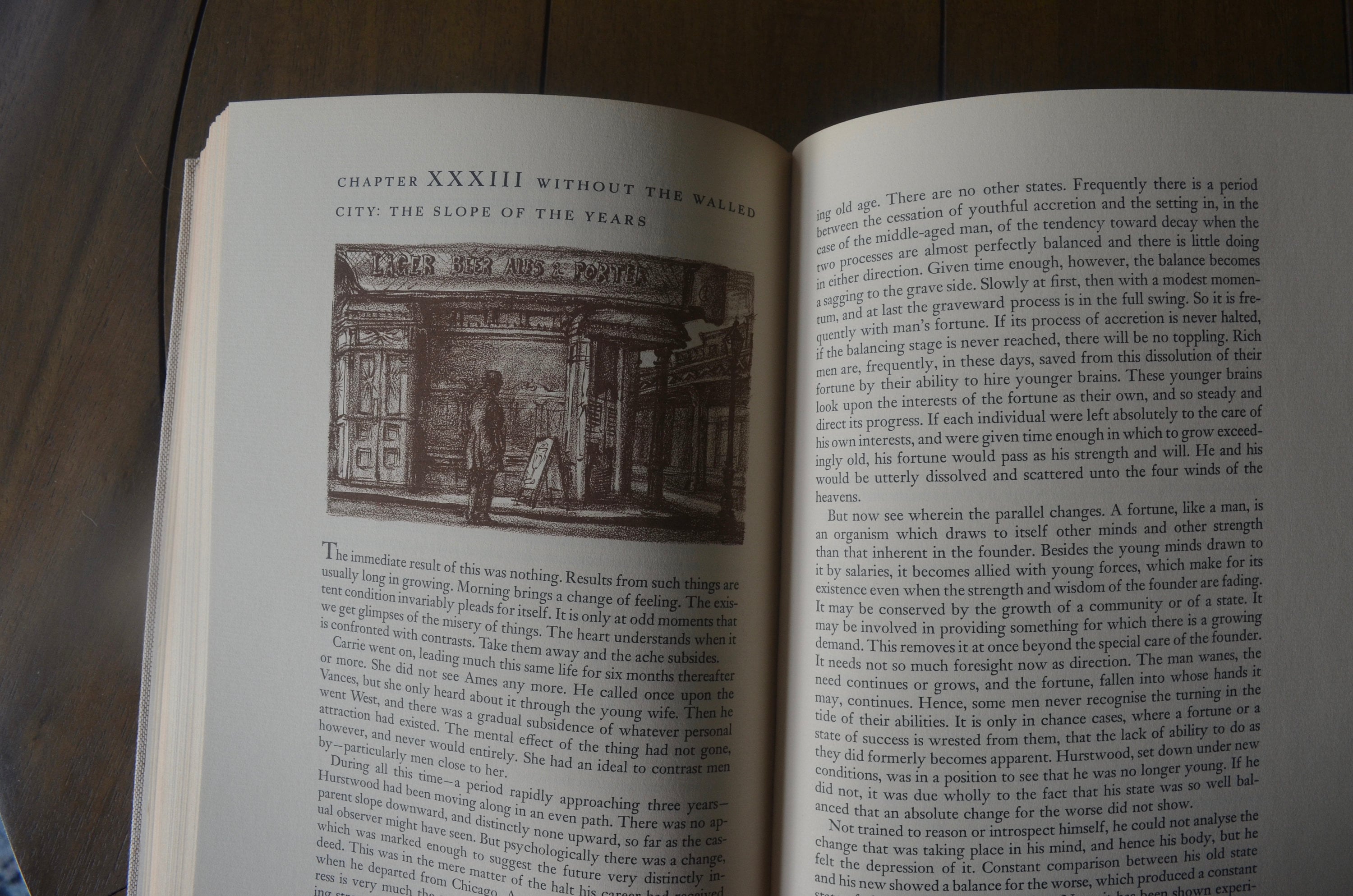 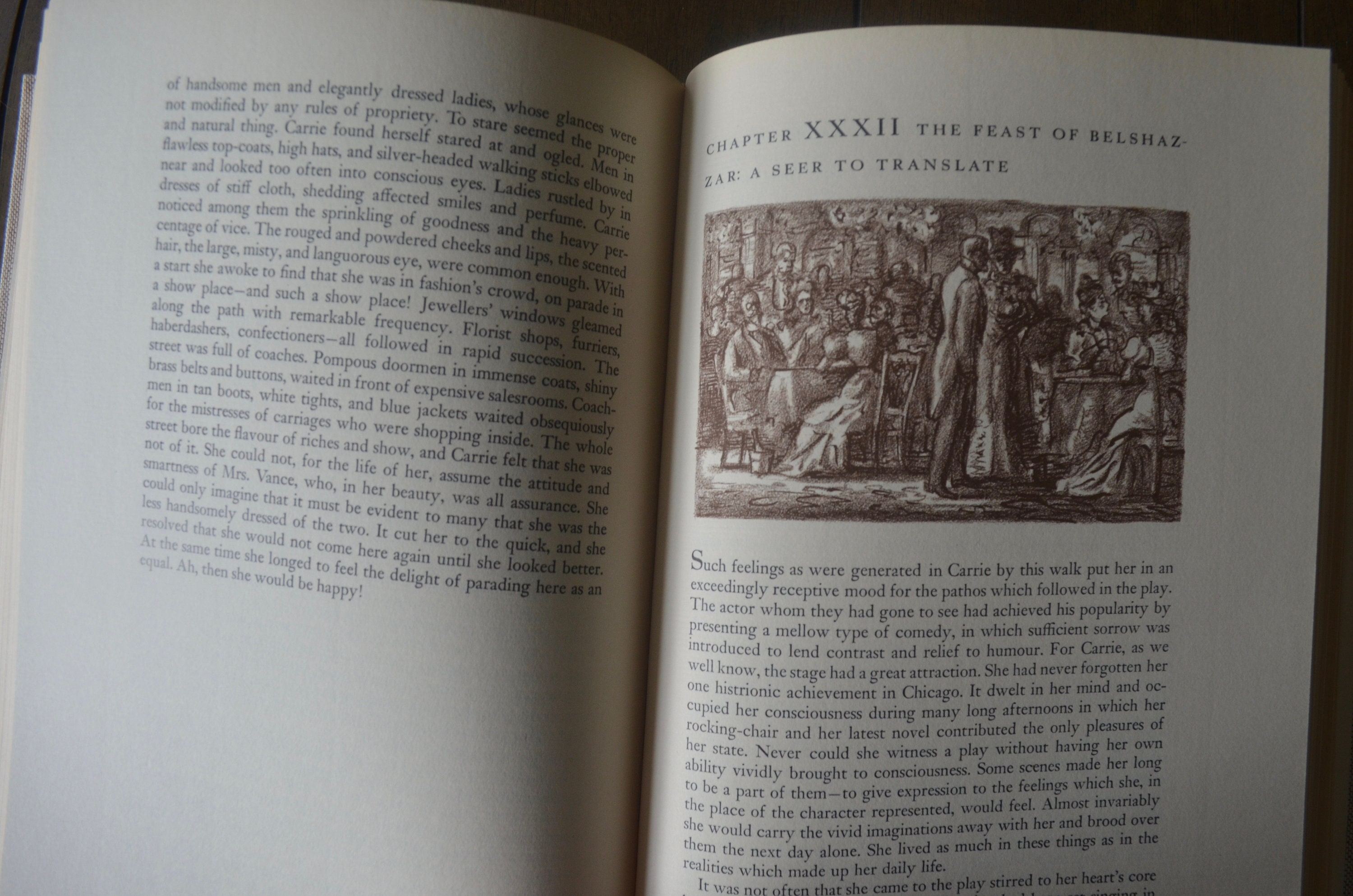 Large natural linen cloth cover with image of poor Carrie getting into trouble in the big city. This copy has the black box, portions of the original tissue paper, Sandglass newsletter. Some fading to spine where no protected by tissue. Otherwise clean and tight.

I love the Heritage series for their nice cloth covers and colorful illustrations. Buy up several with similar themes or colors. Leave the box in a drawer and display the nice books on a shelf.

***
Sister Carrie (1900) is a novel by Theodore Dreiser about a young country girl who moves to the big city where she starts realizing her own American Dream, first as a mistress to men that she perceives as superior, and later becoming a famous actress. It has been called the "greatest of all American urban novels".[2]

Dissatisfied with life in her rural Wisconsin home, 18-year-old Caroline "Sister Carrie" Meeber takes the train to Chicago, where her older sister Minnie, and Minnie's husband, Sven Hanson, have agreed to take her in. On the train, Carrie meets Charles Drouet, a traveling salesman, who is attracted to her because of her simple beauty and unspoiled manner. They exchange contact information, but upon discovering the "steady round of toil" and somber atmosphere at her sister's flat, she writes to Drouet and discourages him from calling on her there.