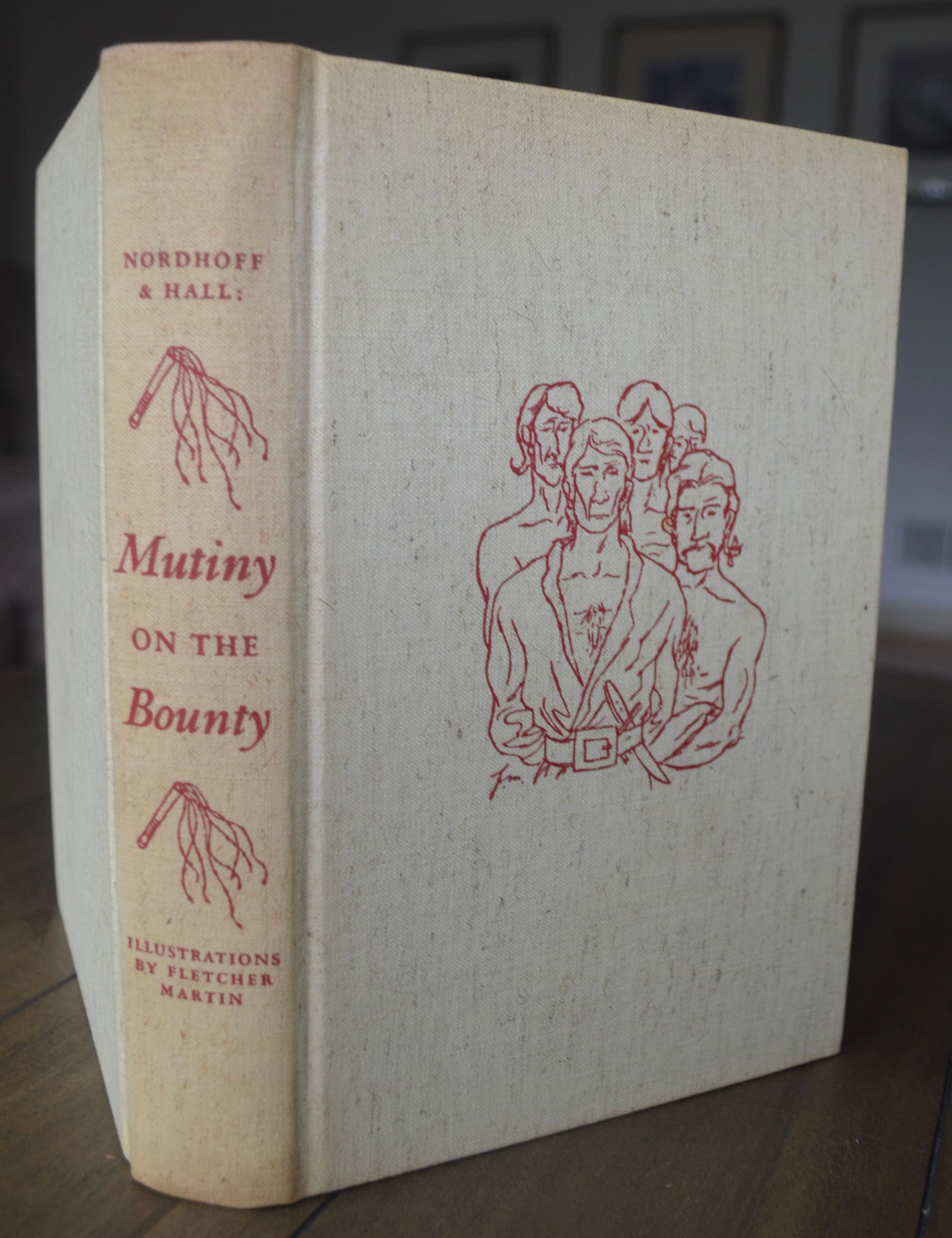 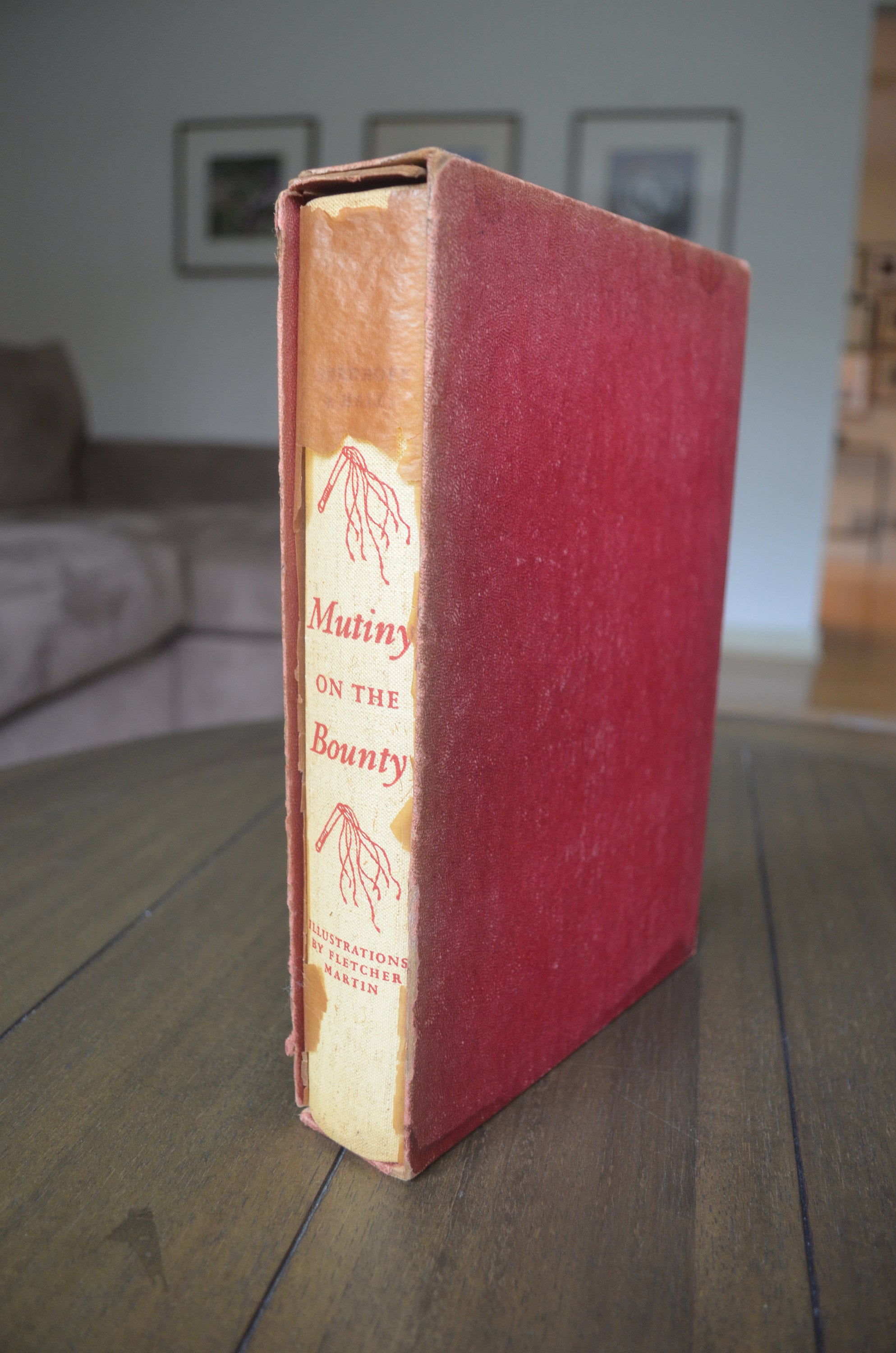 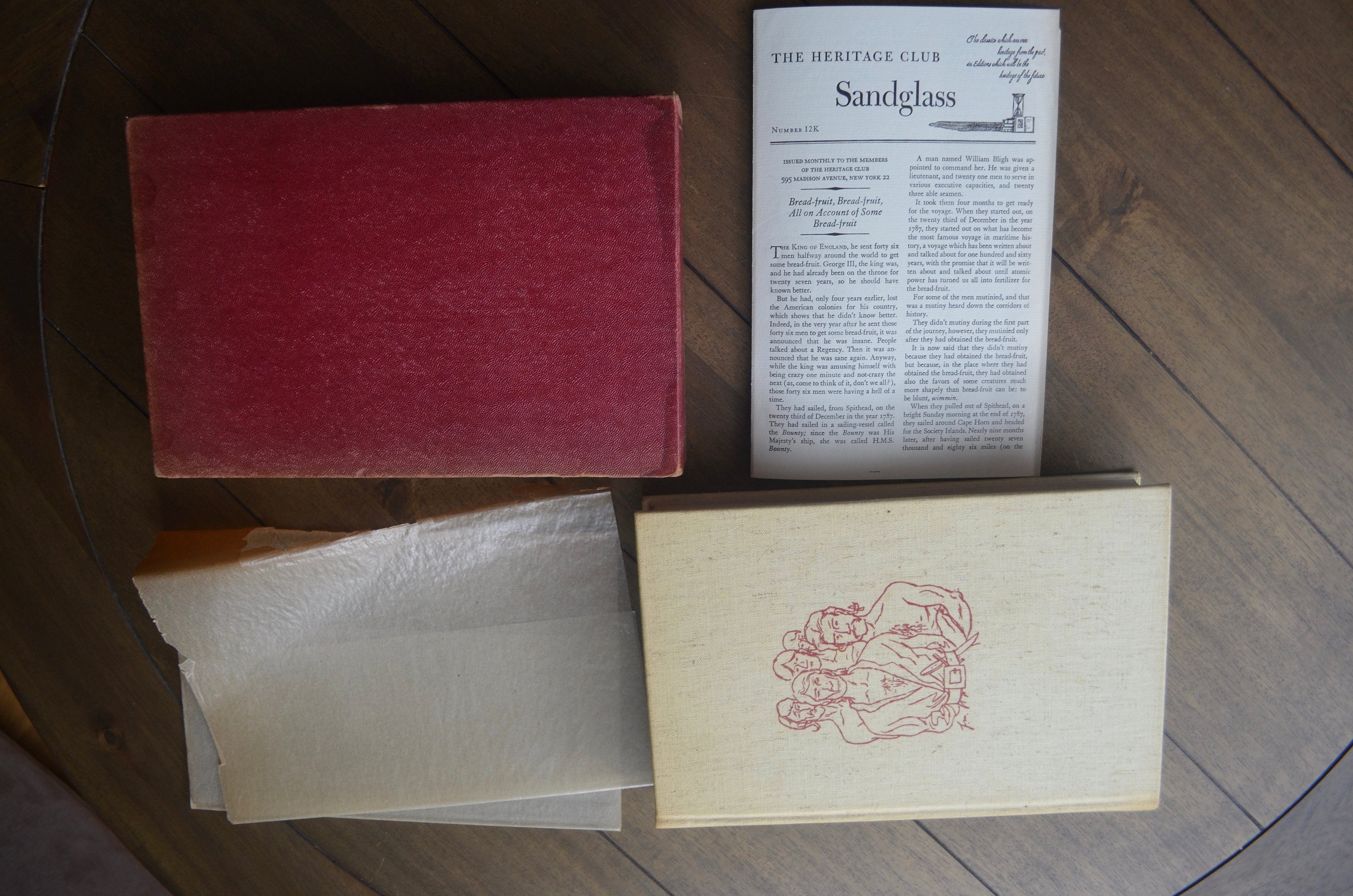 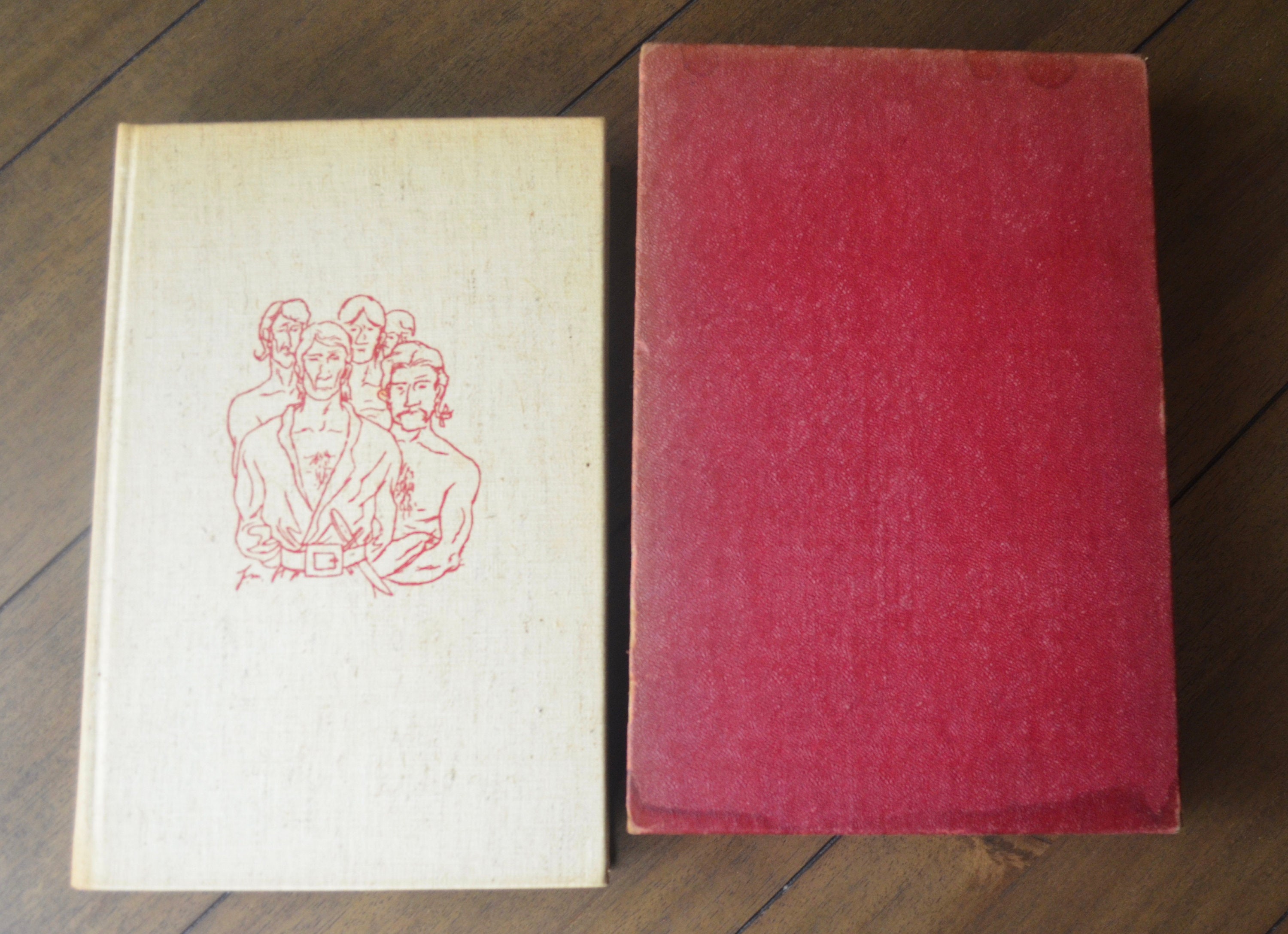 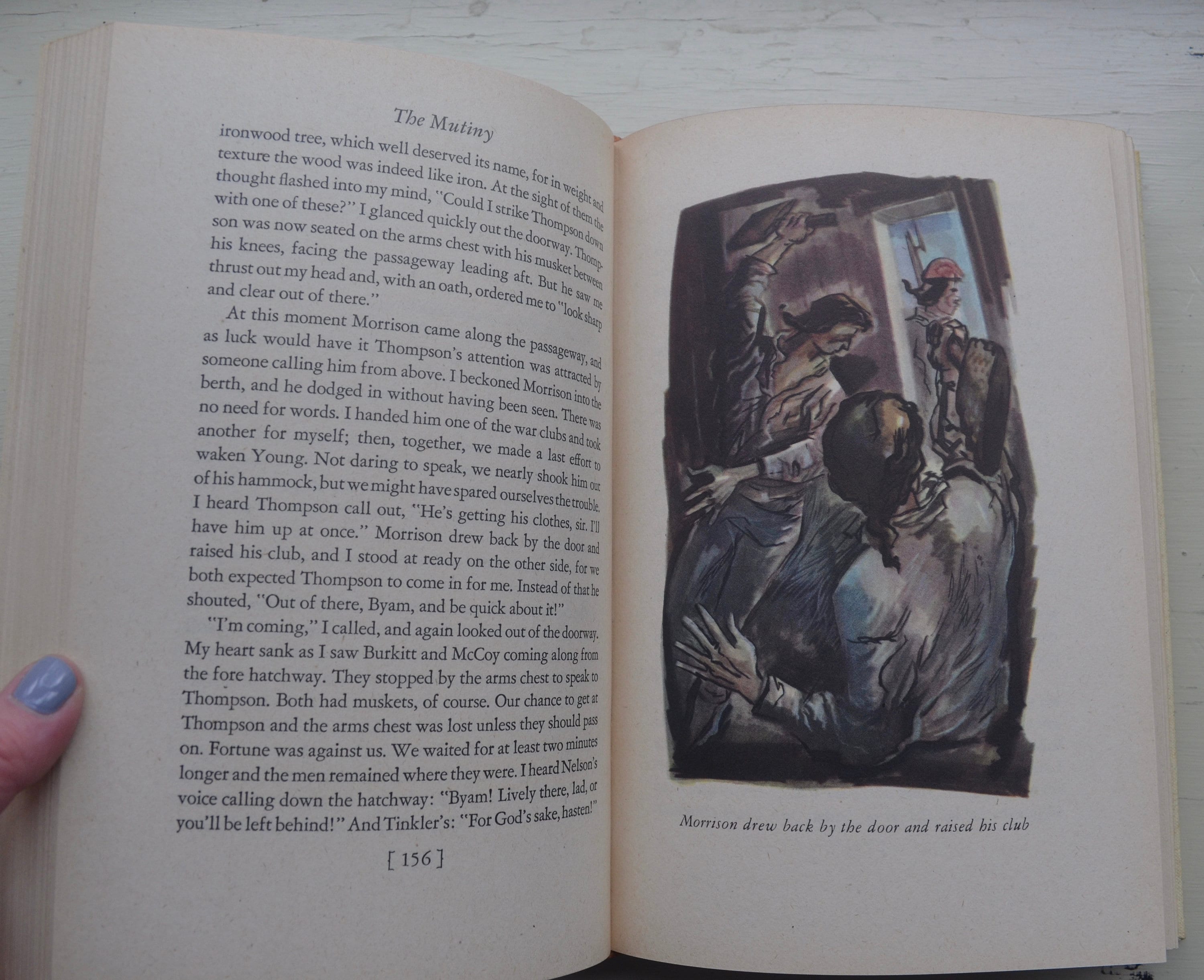 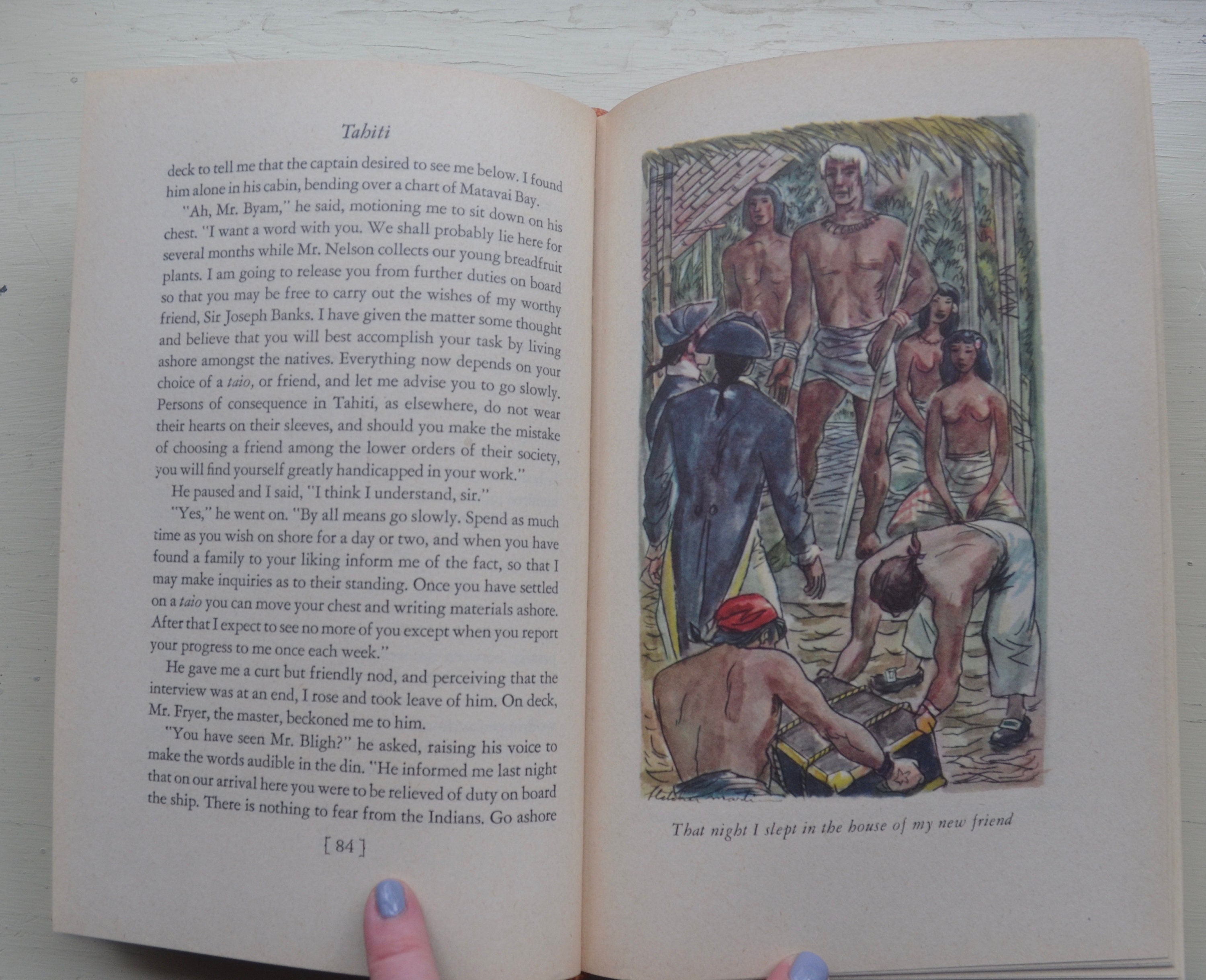 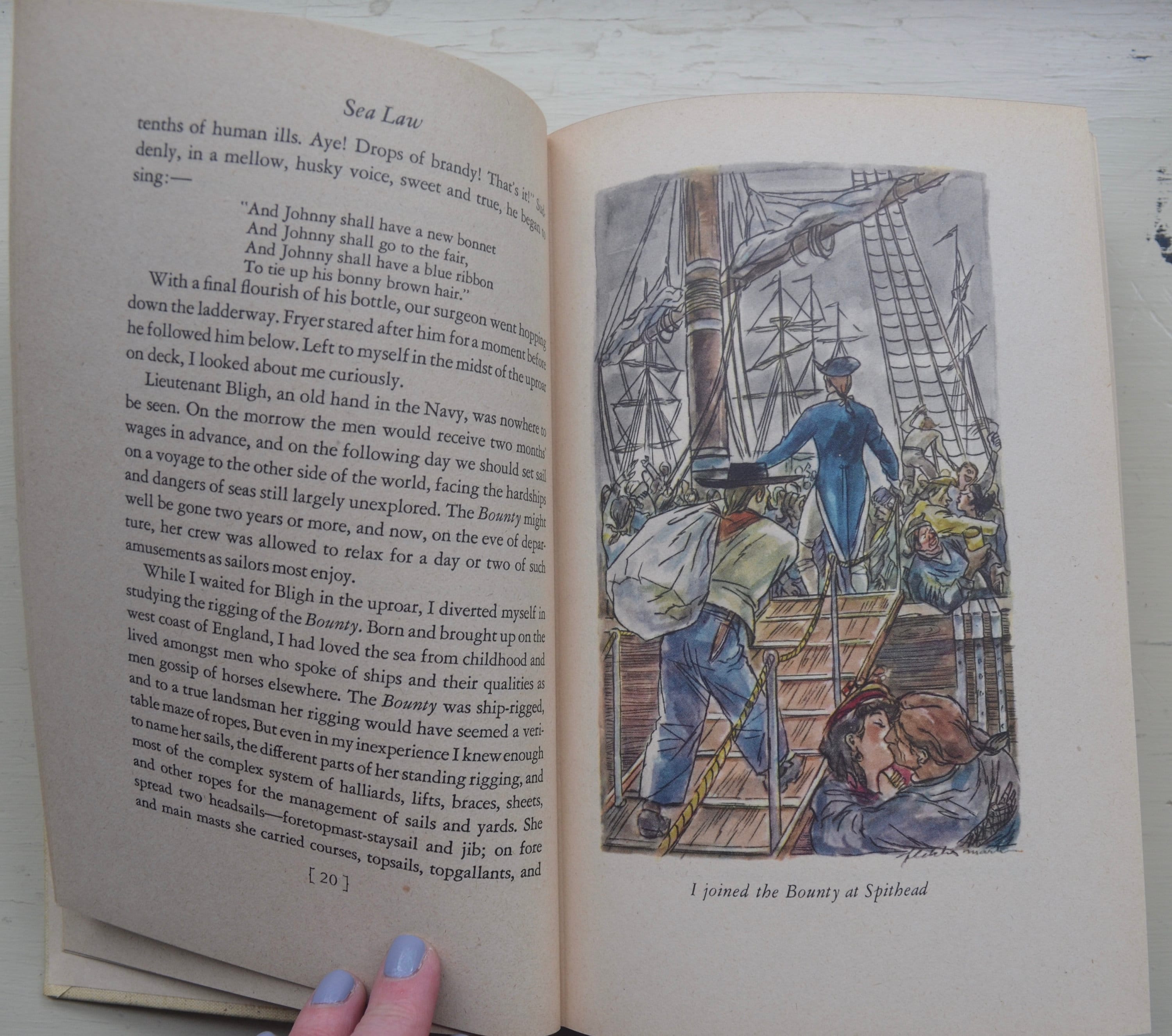 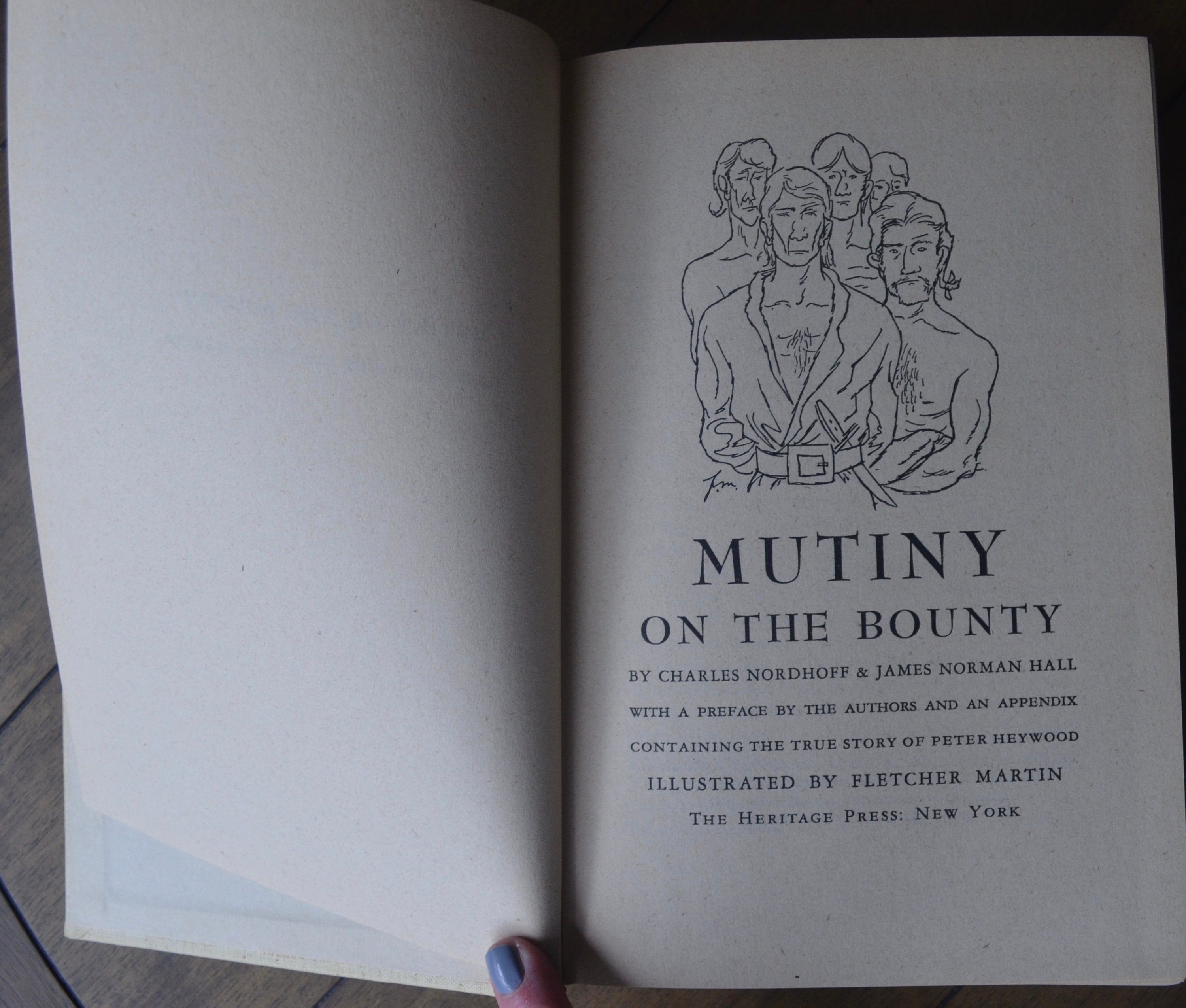 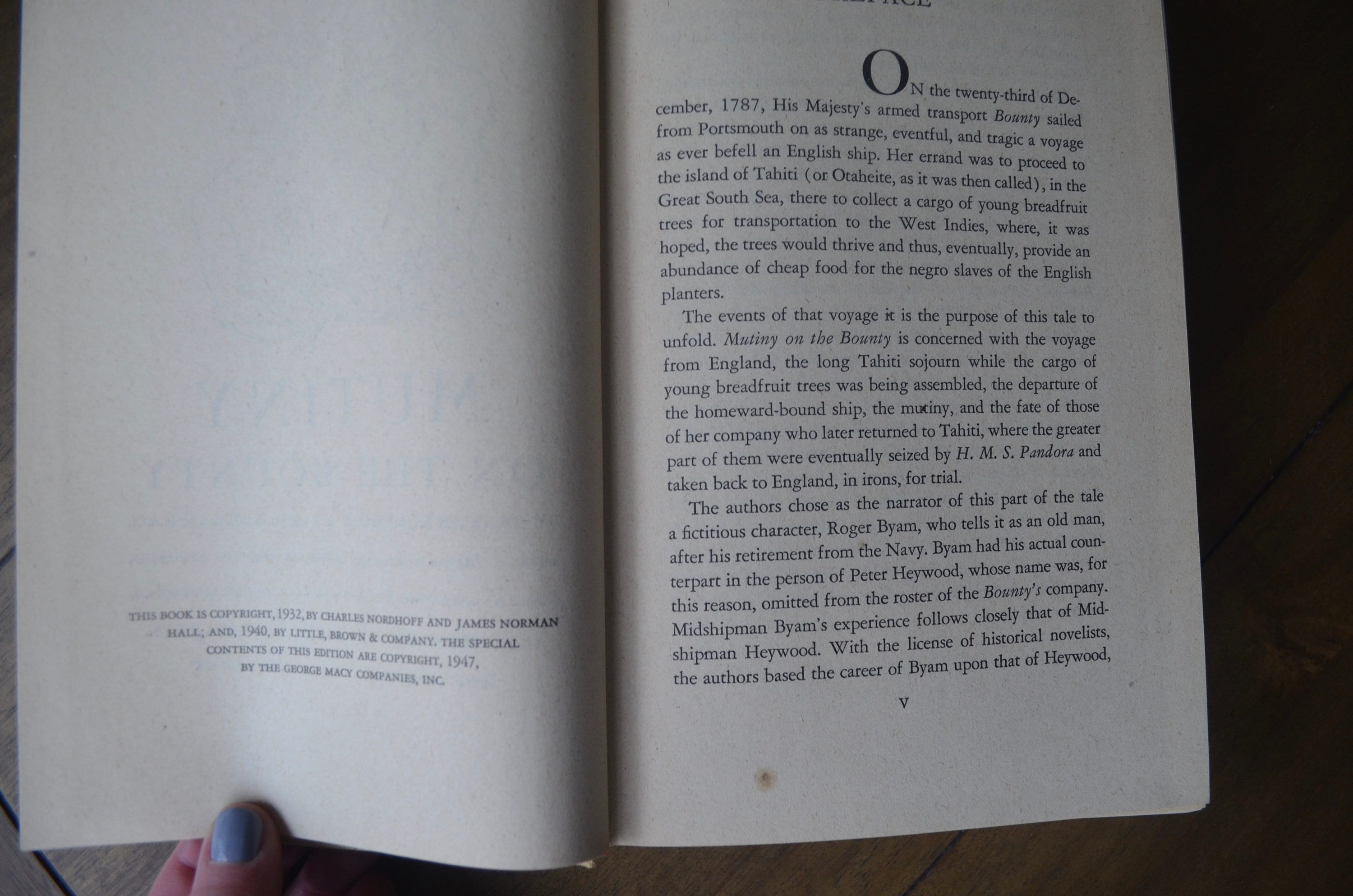 Large book, with box, some of the original tissue paper, and sandglass newsletter. Some bumps on box. Fading on spine. Tiny pencil check mark on title page. Otherwise clean and tight.


I love the Heritage series for their nice cloth covers and colorful illustrations. Buy up several with similar themes or colors. Leave the box in a drawer and display the nice books on a shelf.

*****
Mutiny on the Bounty is the title of the 1932 novel by Charles Nordhoff and James Norman Hall, based on the mutiny against Lieutenant William Bligh, commanding officer of the Bounty in 1789. It has been made into several films and a musical. It was the first of what became The Bounty Trilogy, which continues with Men Against the Sea, and concludes with Pitcairn's Island.

The novel tells the story through a fictional first-person narrator by the name of Roger Byam, based on a crew member Peter Heywood. Byam, although not one of the mutineers, remains with the Bounty after the mutiny. He subsequently returns to Tahiti, and is eventually arrested and taken back to England to face a court-martial. He and several other members of the crew are eventually acquitted.


***
About The Heritage Press