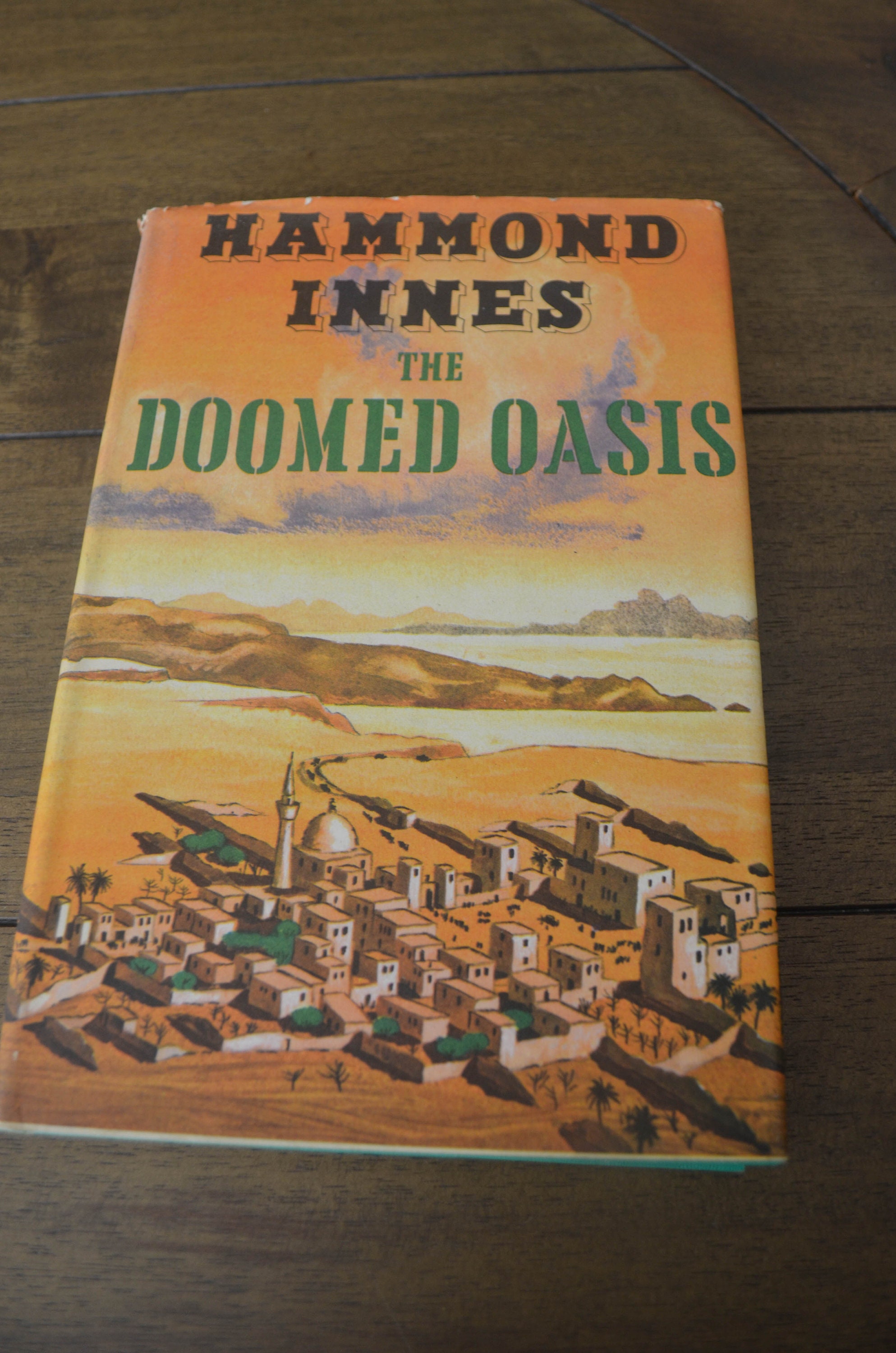 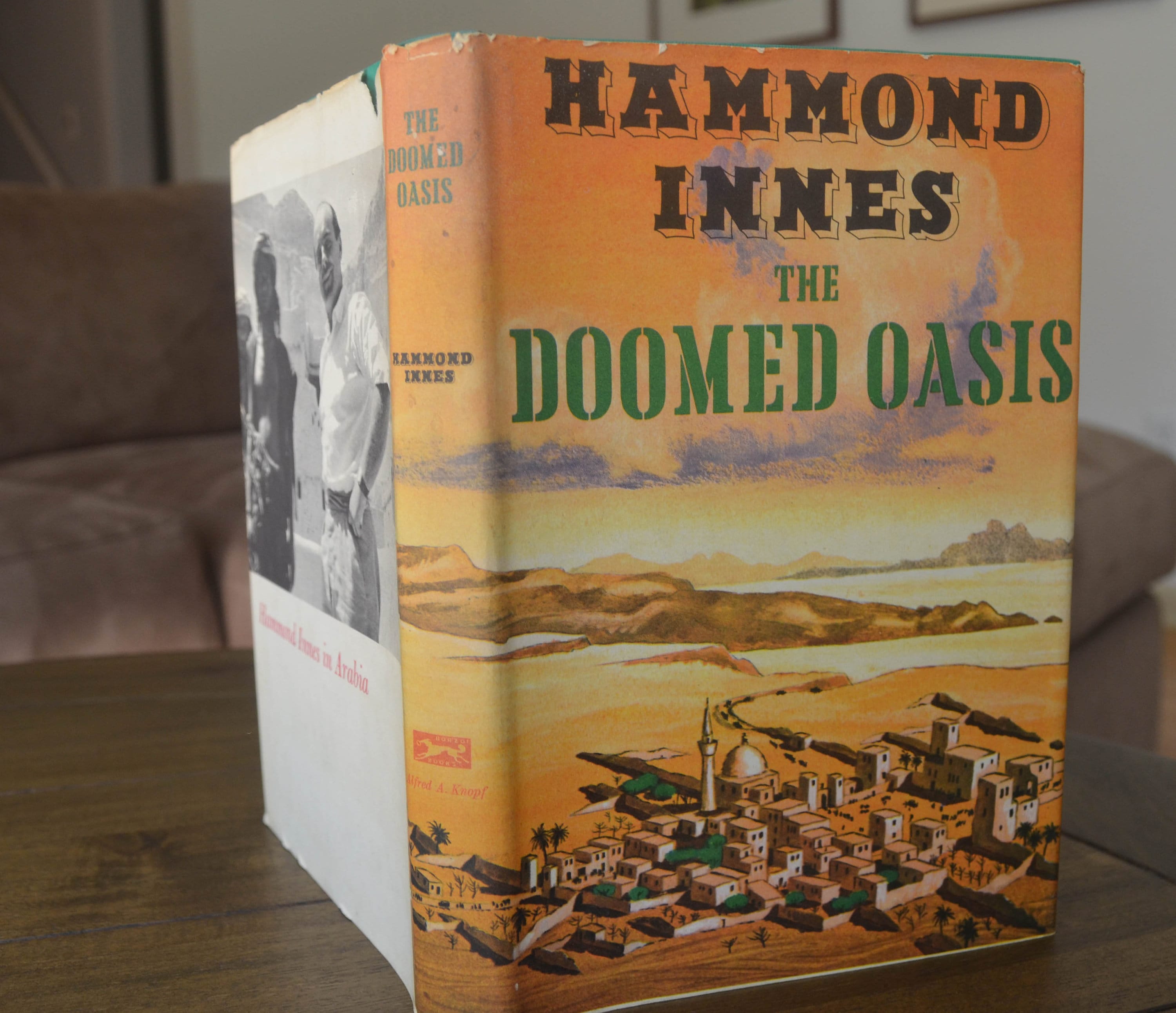 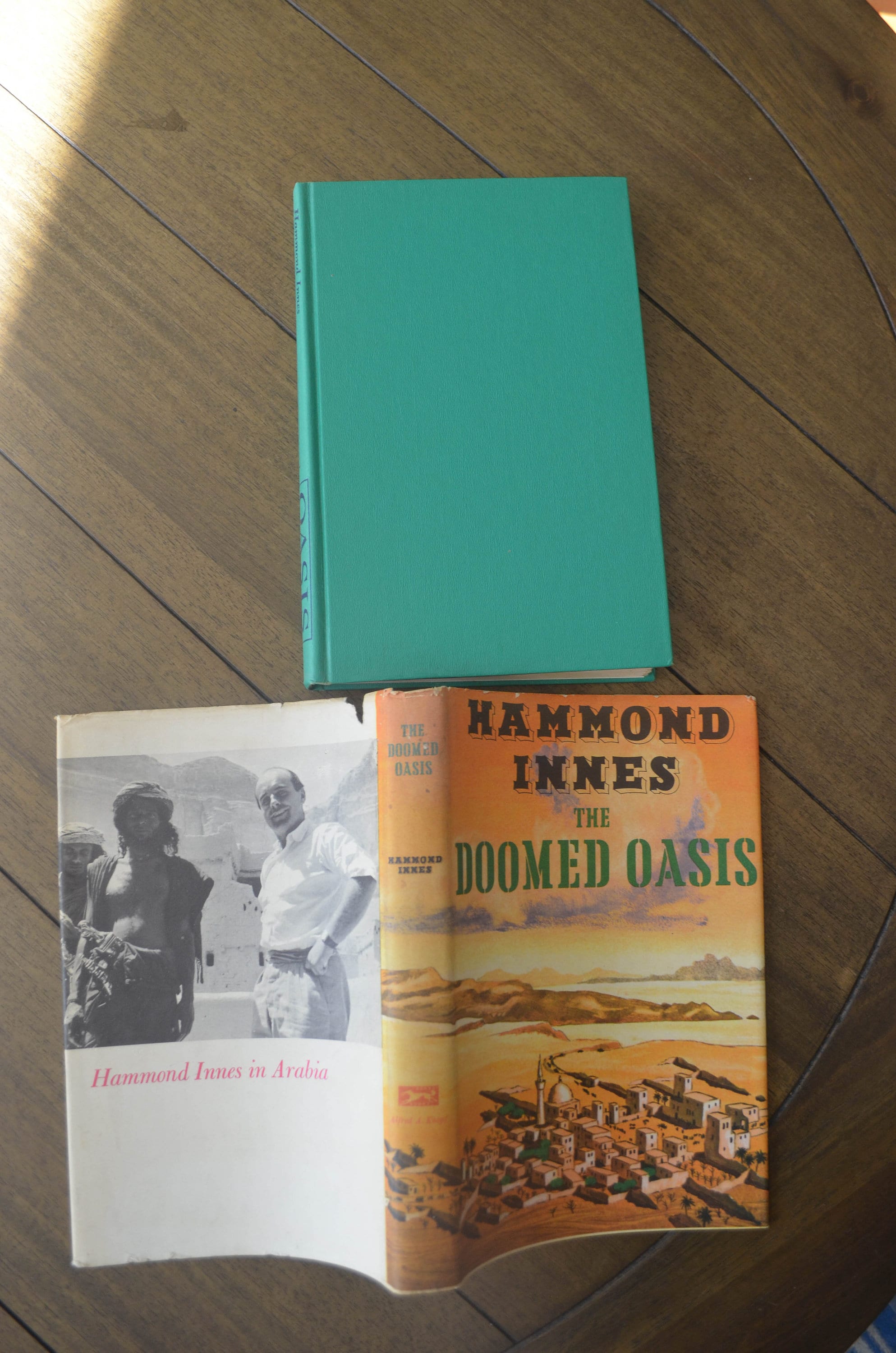 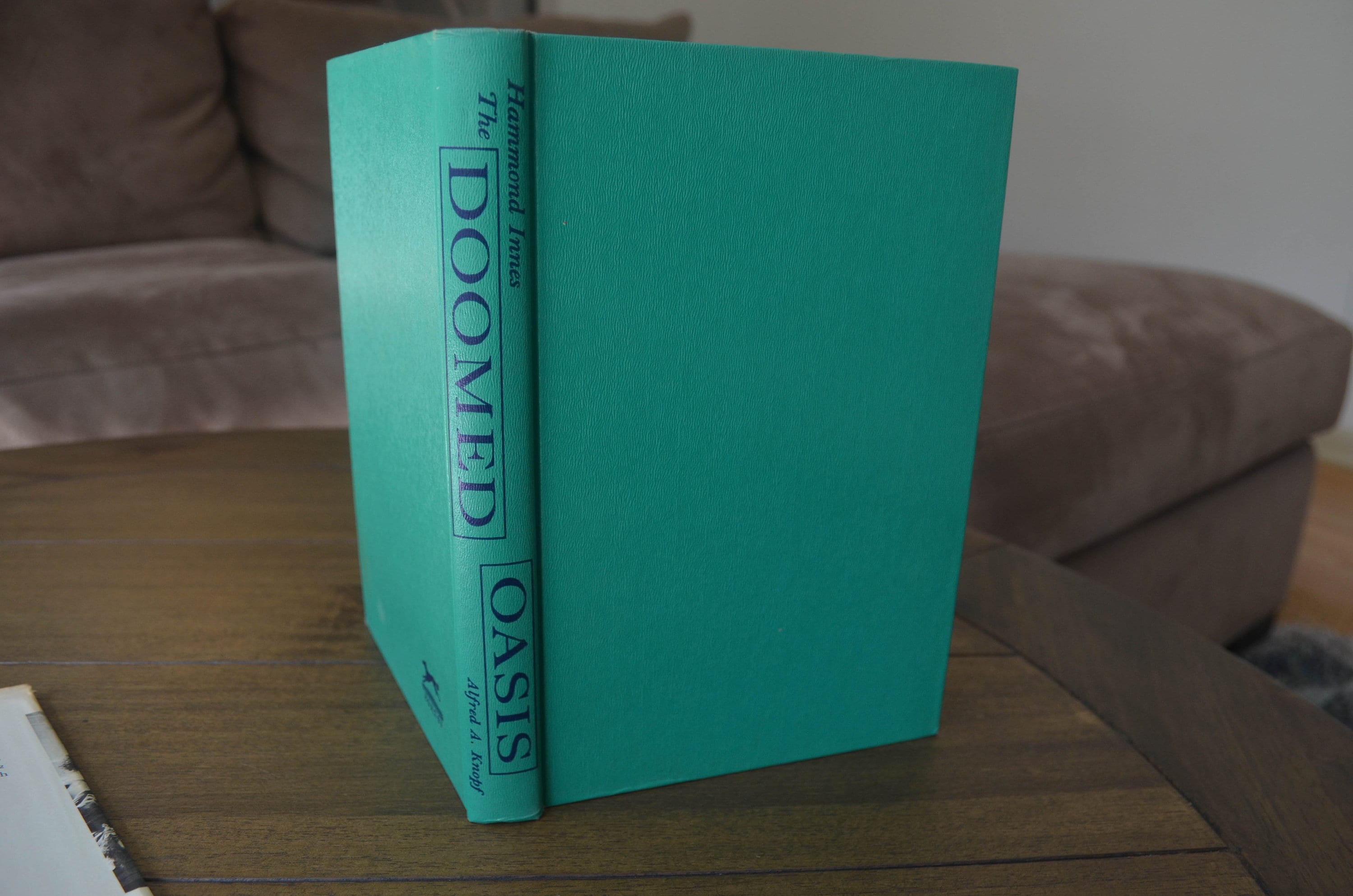 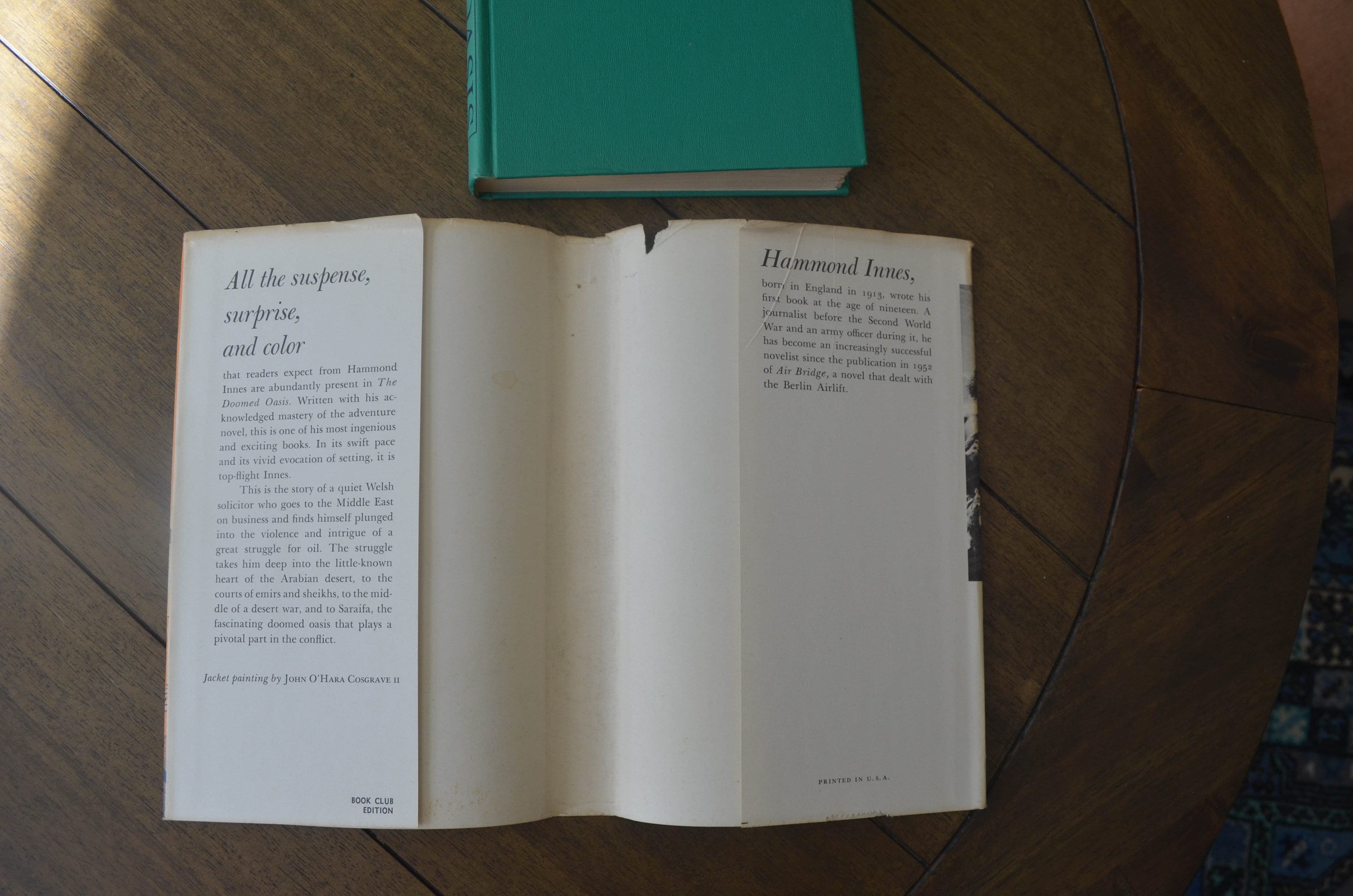 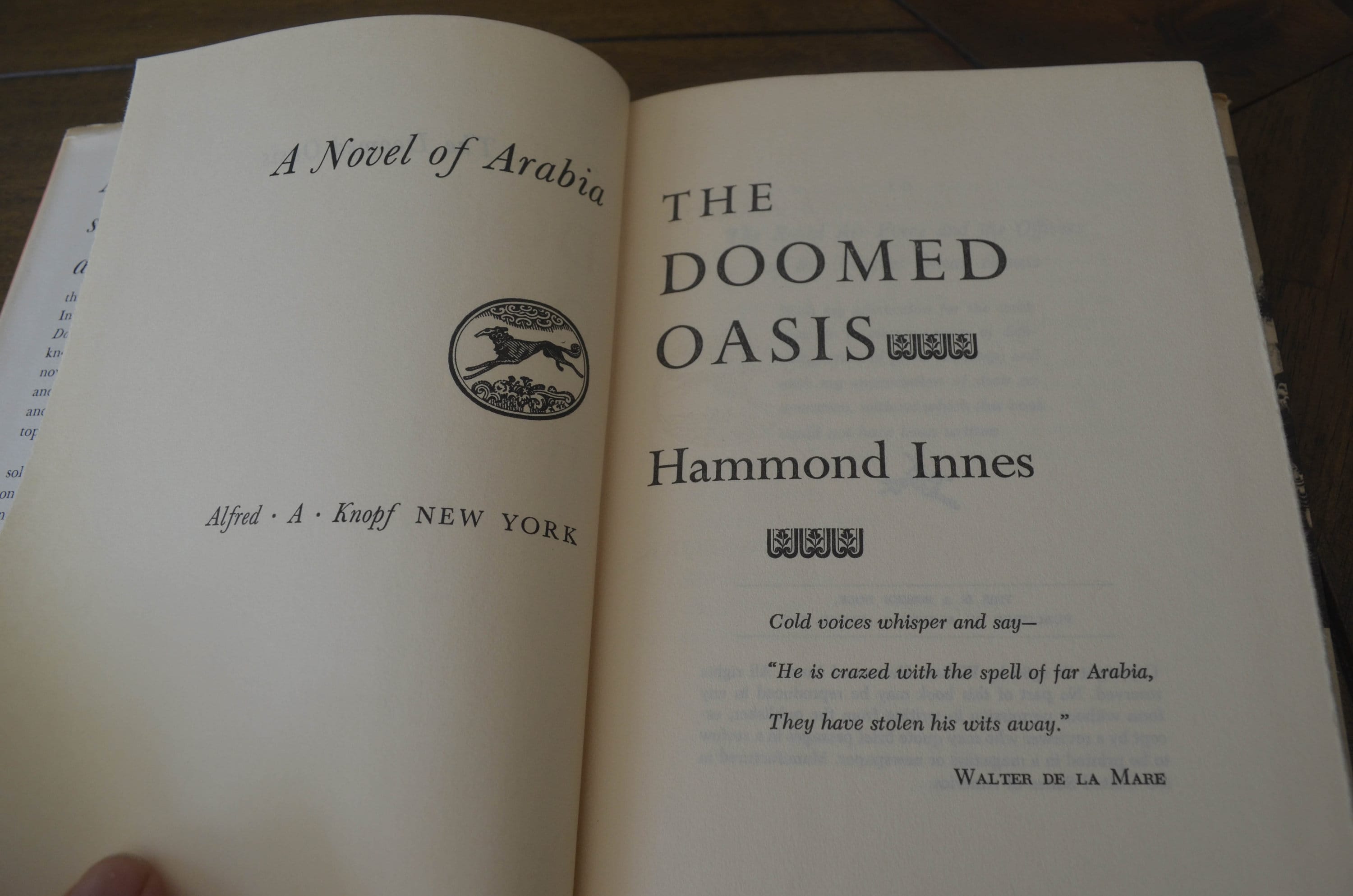 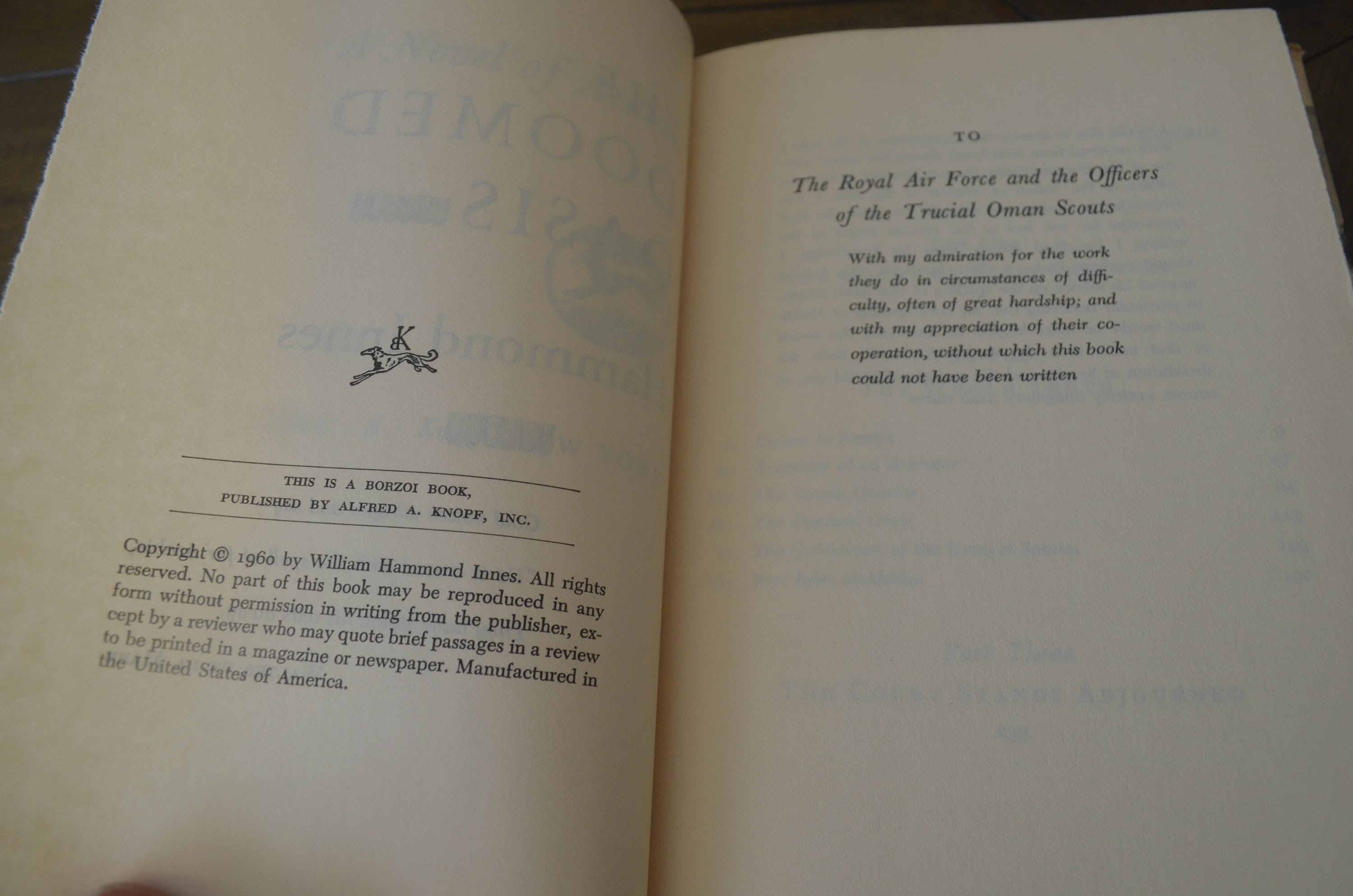 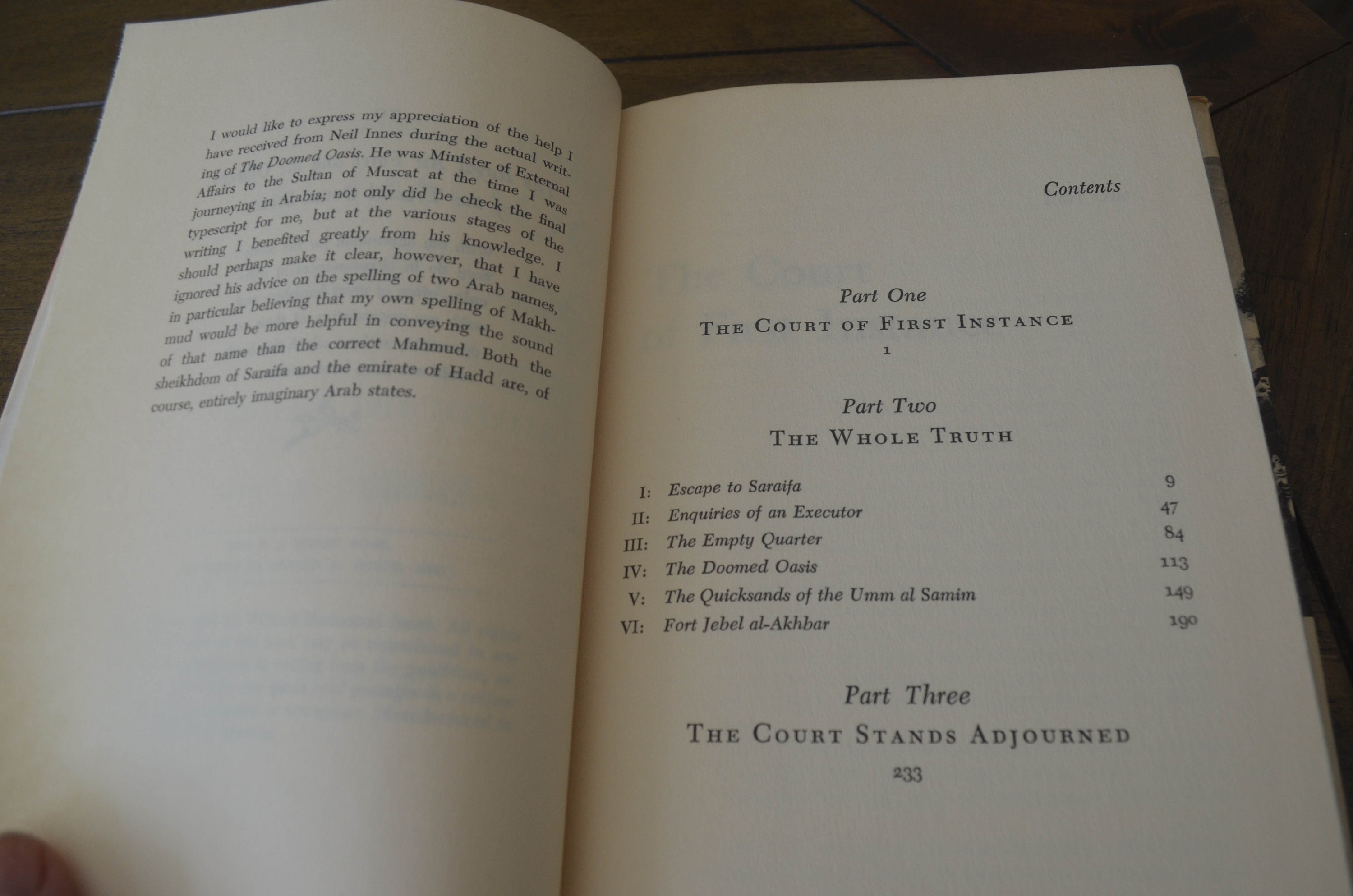 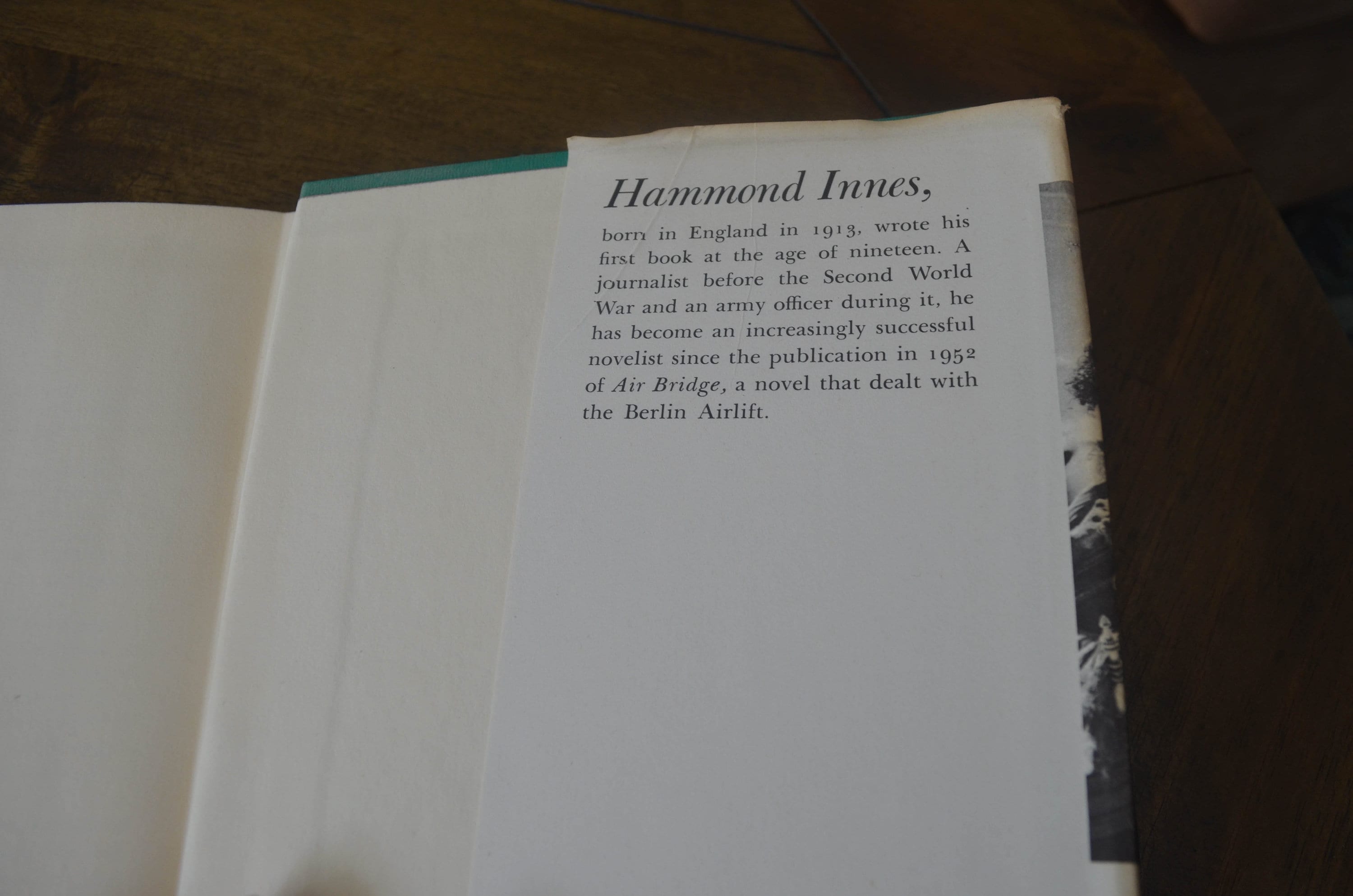 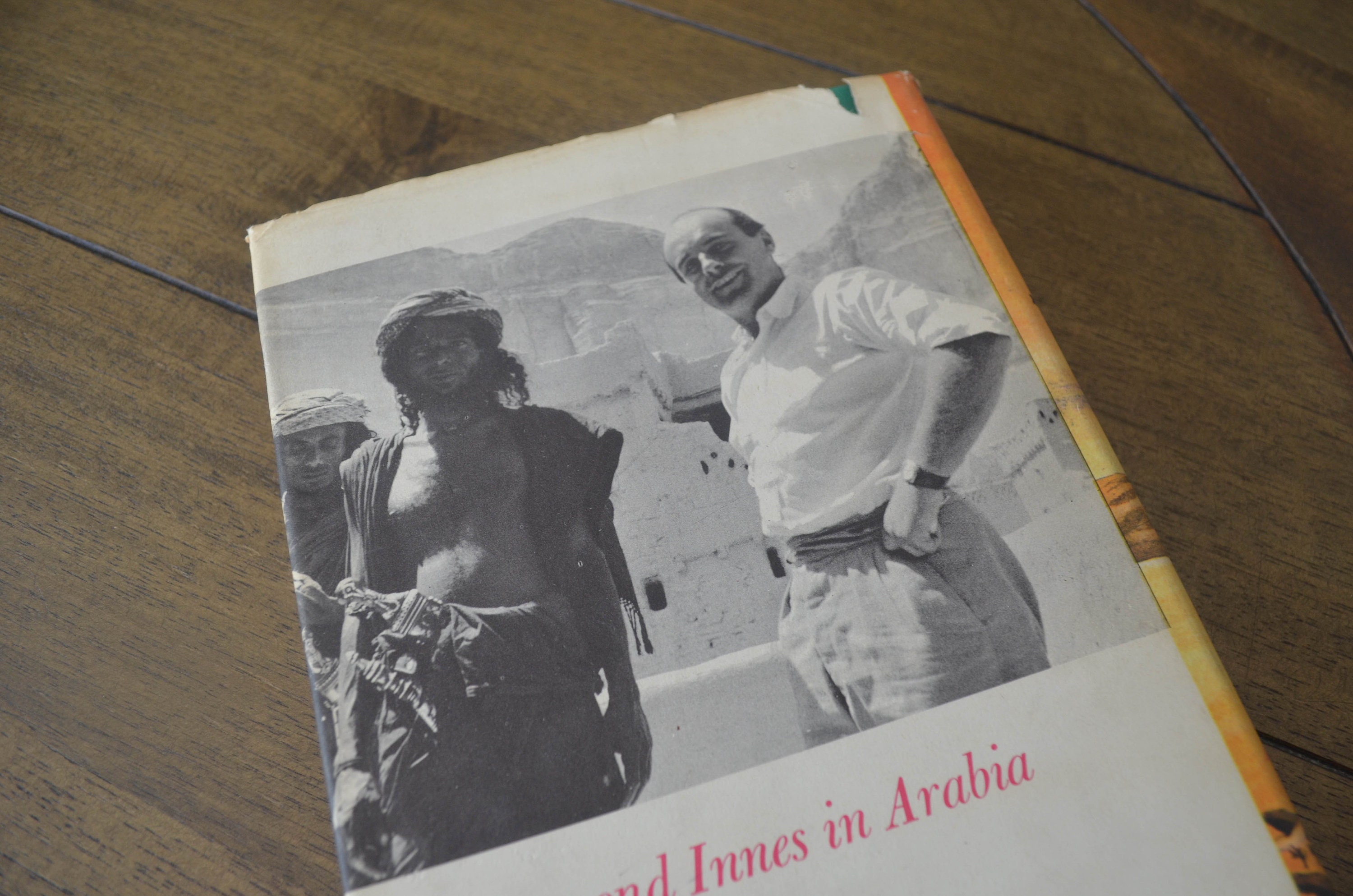 Charles Whitaker is a Welshman who forsakes his native country for the deserts of Araby. Adapting quickly to this hostile terrain, he soon becomes more Bedouin than British.

Whitaker's illegtimate son, David, sets out to find his father. He in turn is followed by a Welsh solicitor who hopes to reunite the two men. The story moves at two levels: One involves a desperate struggle for desert oil; the second, hardly less intense, for father and son to find each other.

Both struggles are resolved at Saraifa, the doomed oasis of the title.

****
A sweeping adventure set in the Arabian Desert, where the shadow of British colonialism threatens to destroy a father and son.

Three years ago, nineteen-year-old David Thomas beat his father to death. Actually, David only punched the old man, but it was hard enough to cause him to have a fatal stroke. And the man wasn’t really David’s father at all: The fight started because David learned that his true father was Col. Charles Stanley Whitaker, a legendary figure who made his fortune in the oil fields of the Arabian Desert.

Innes was born in Horsham, Sussex, and educated at Cranbrook School in Kent. He left in 1931 to work as a journalist, initially with the Financial Times (at the time called the Financial News). The Doppelganger, his first novel, was published in 1937. In WWII he served in the Royal Artillery, eventually rising to the rank of Major. During the war, a number of his books were published, including Wreckers Must Breathe (1940), The Trojan Horse (1941) and Attack Alarm (1941), the last of which was based on his experiences as an anti-aircraft gunner during the Battle of Britain at RAF Kenley. After being demobilized in 1946, he worked full-time as a writer, achieving a number of early successes. His novels are notable for a fine attention to accurate detail in descriptions of places, such as in Air Bridge (1951), set partially at RAF Gatow, RAF Membury after its closure and RAF Wunstorf during the Berlin Airlift.

Innes went on to produce books in a regular sequence, with six months of travel and research followed by six months of writing. Many of his works featured events at sea. His output decreased in the 1960s, but was still substantial. He became interested in ecological themes. He continued writing until just before his death. His last novel was Delta Connection (1996).