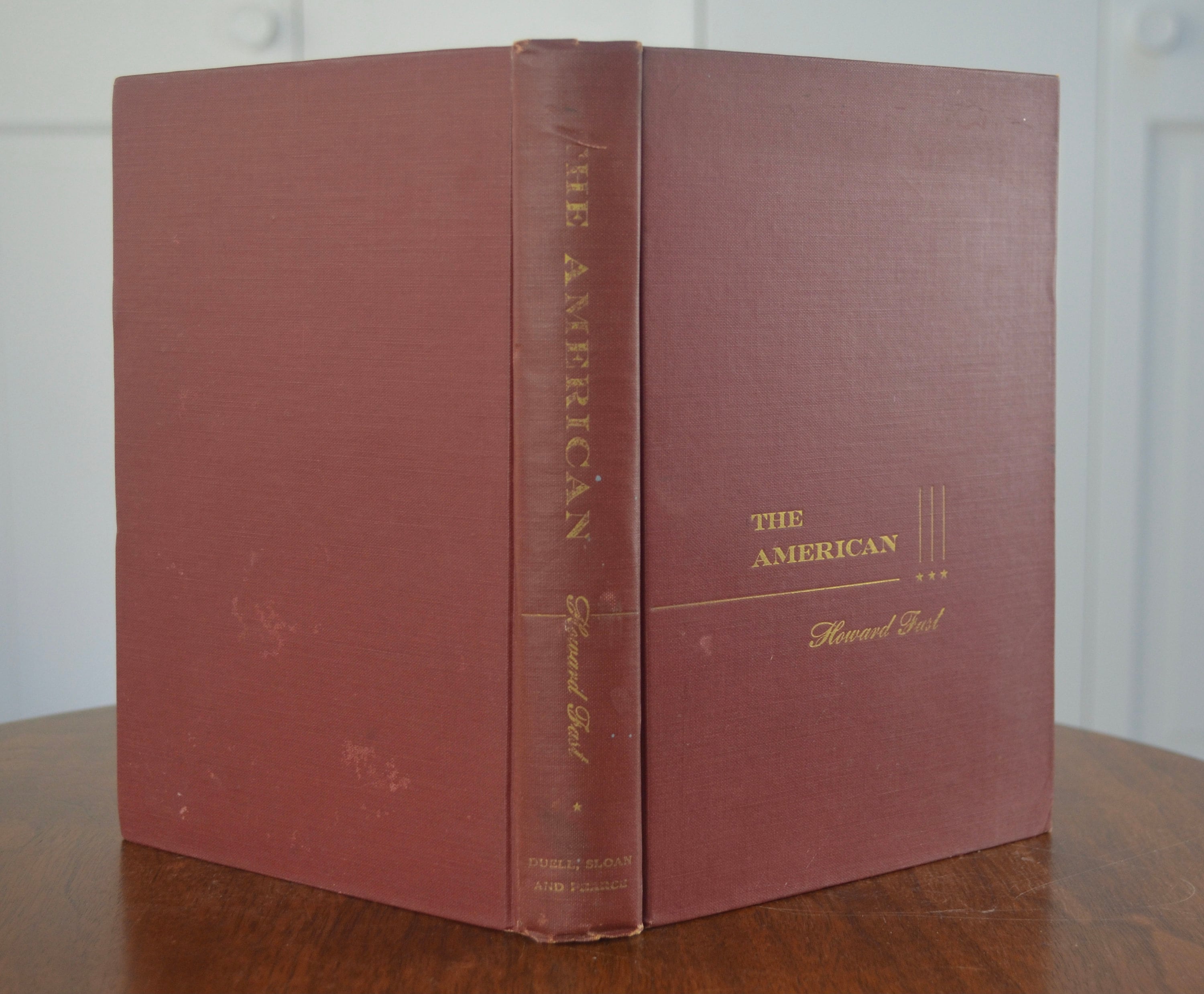 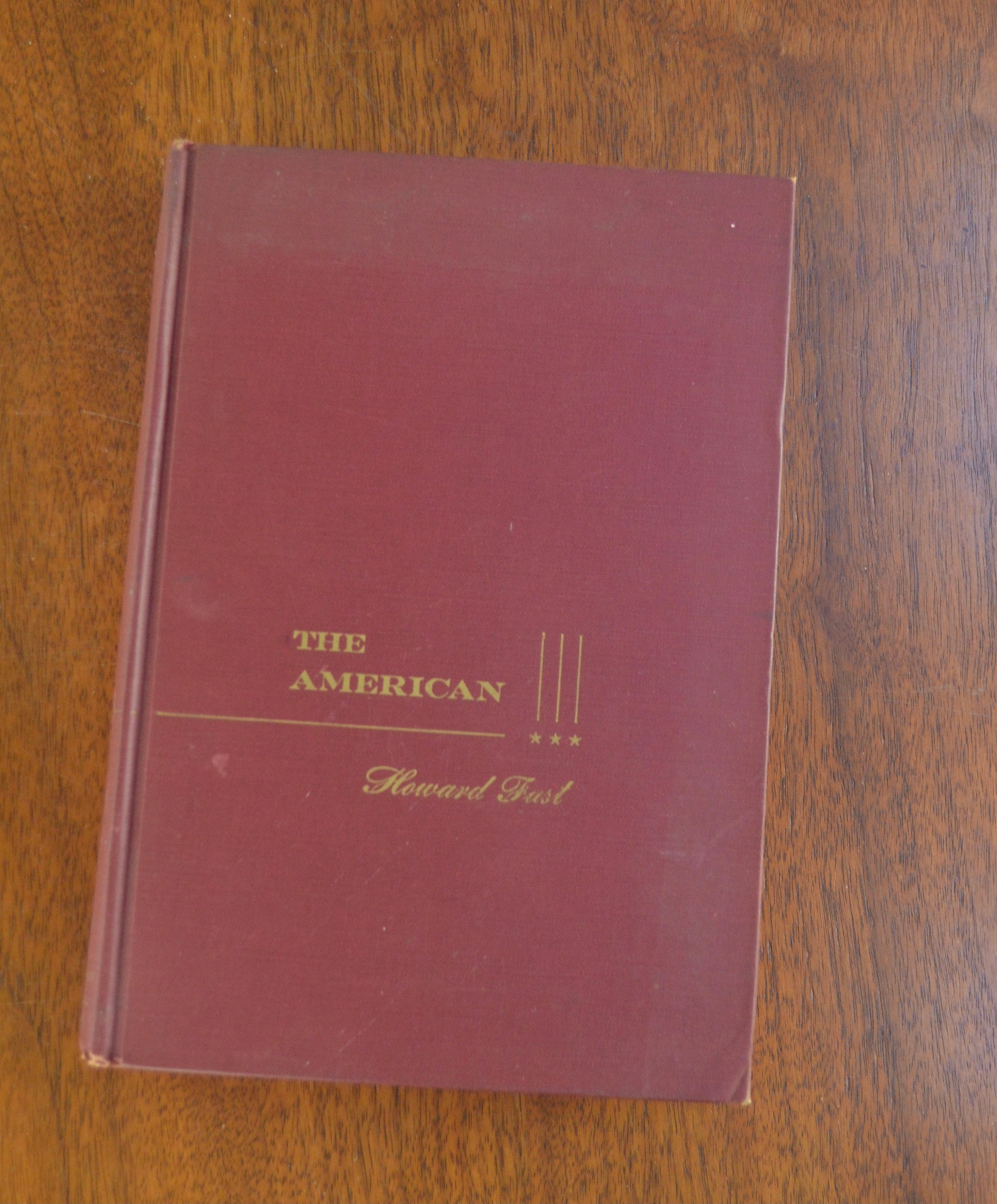 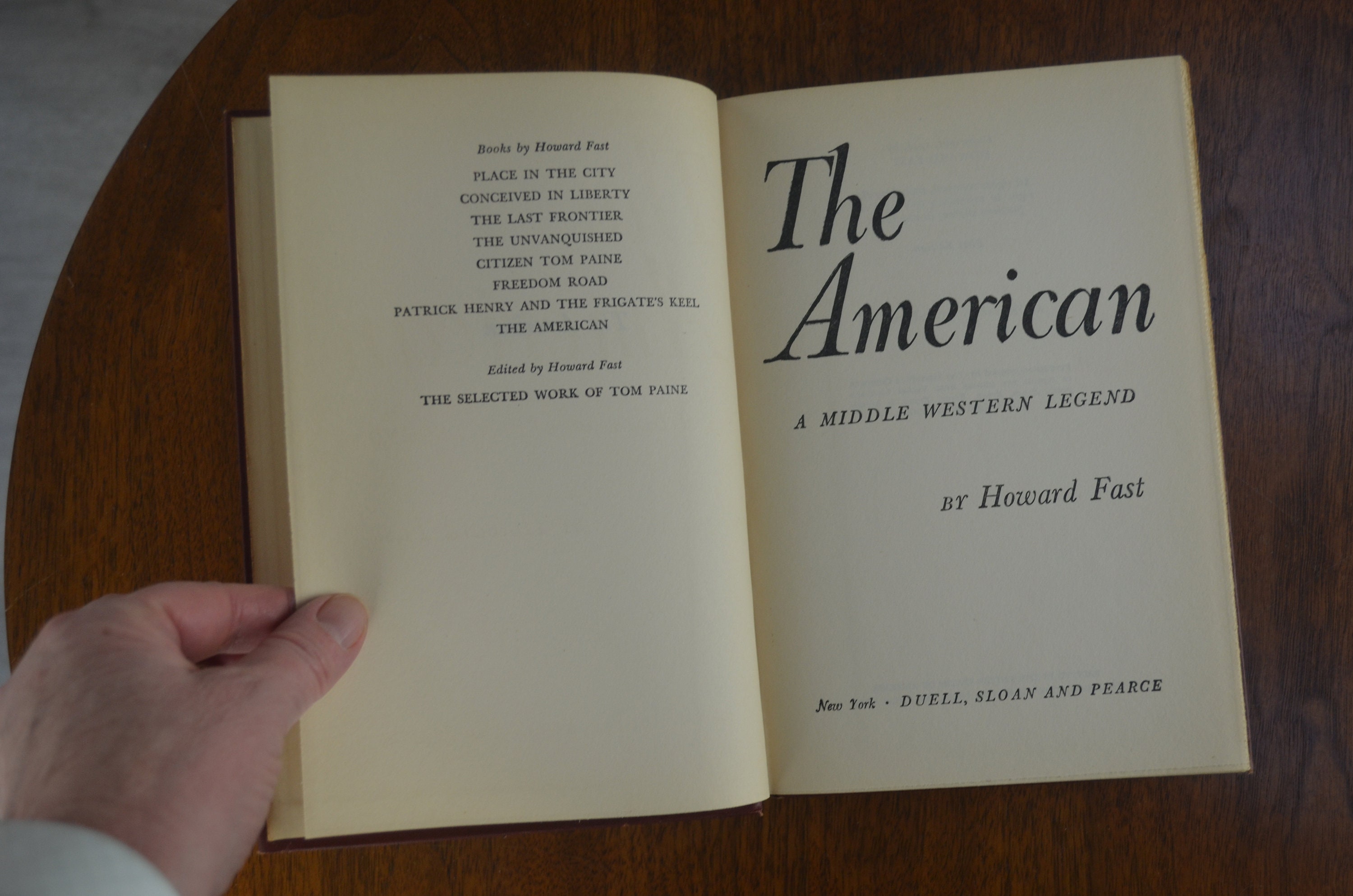 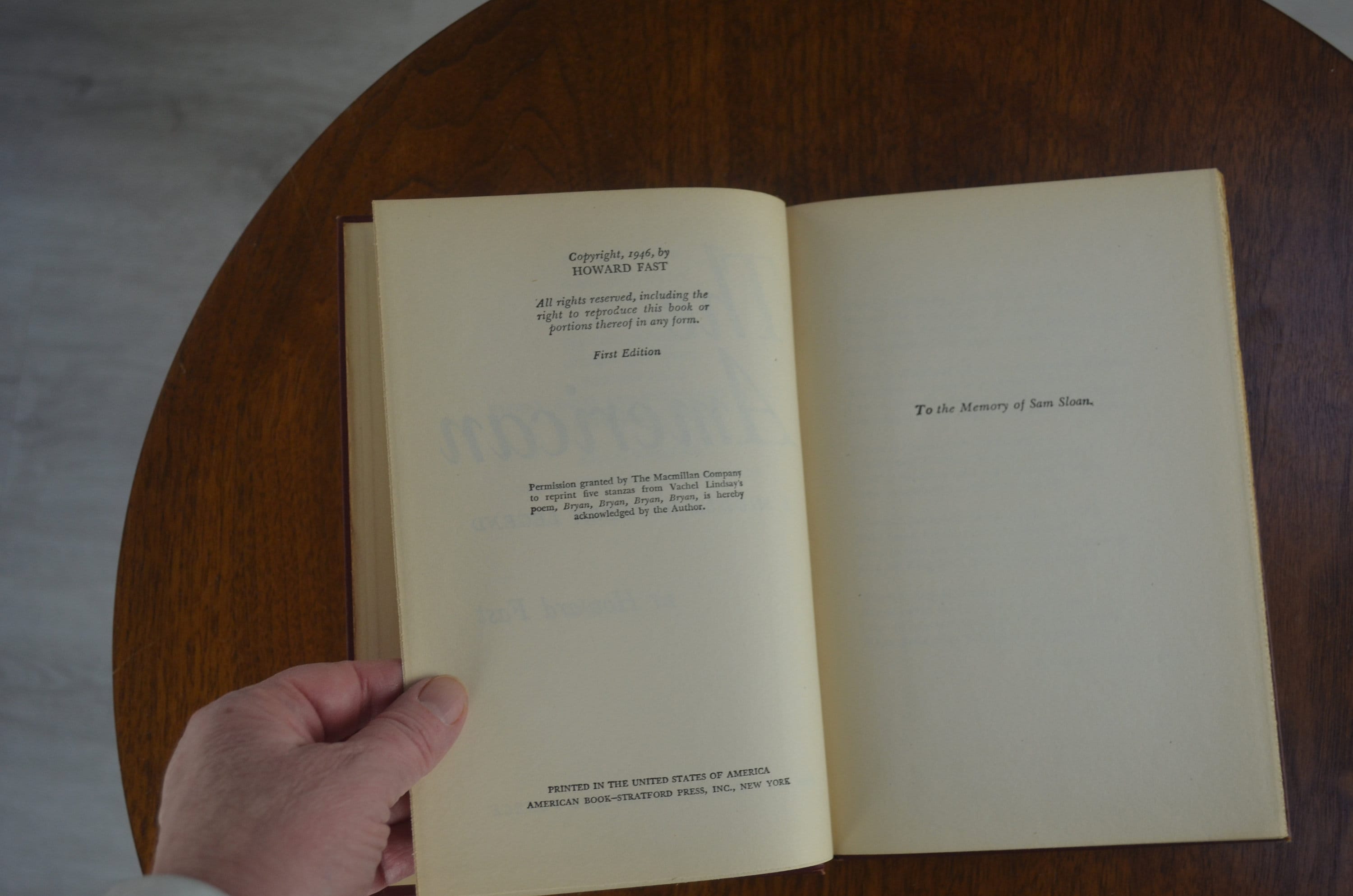 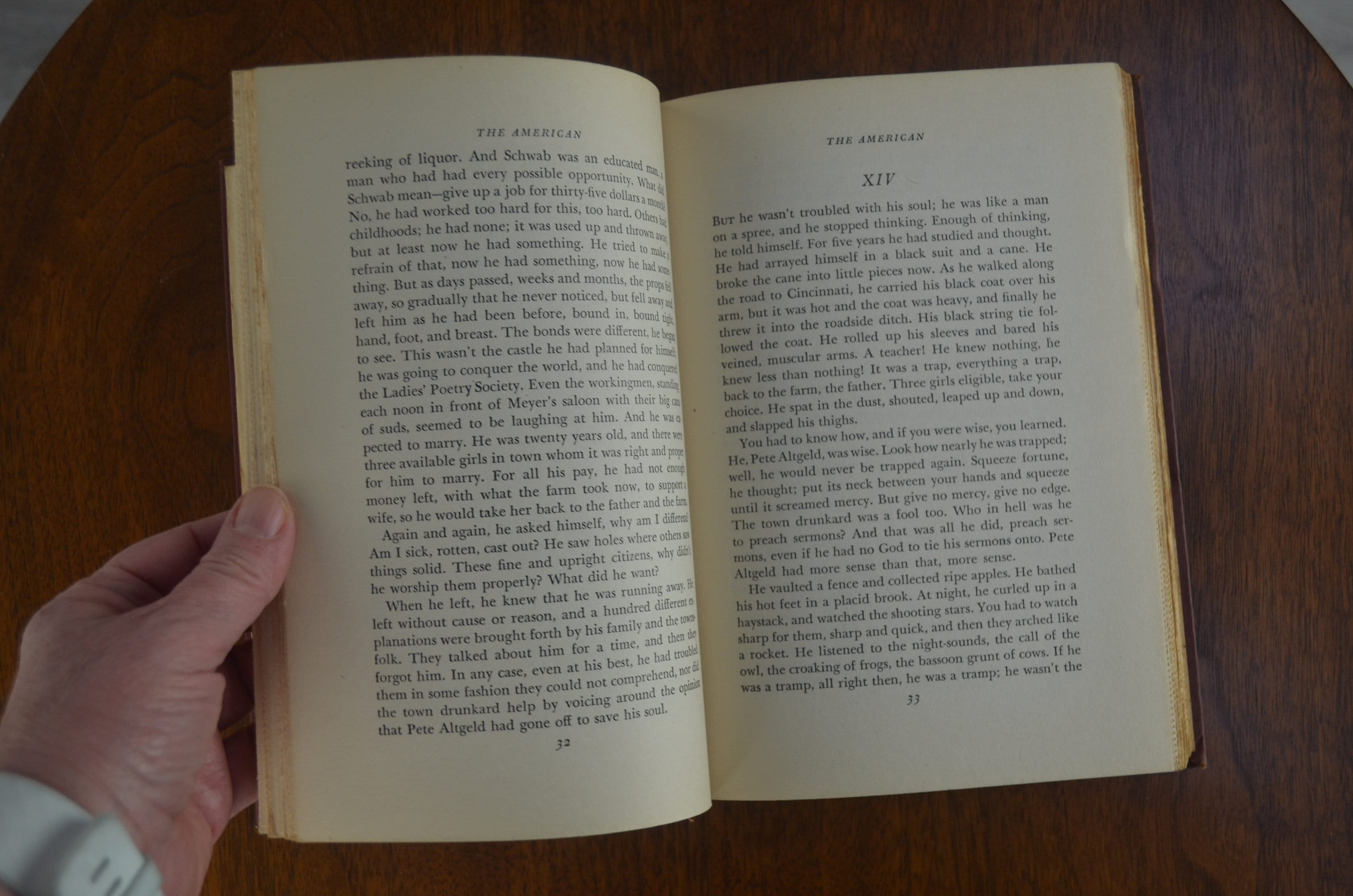 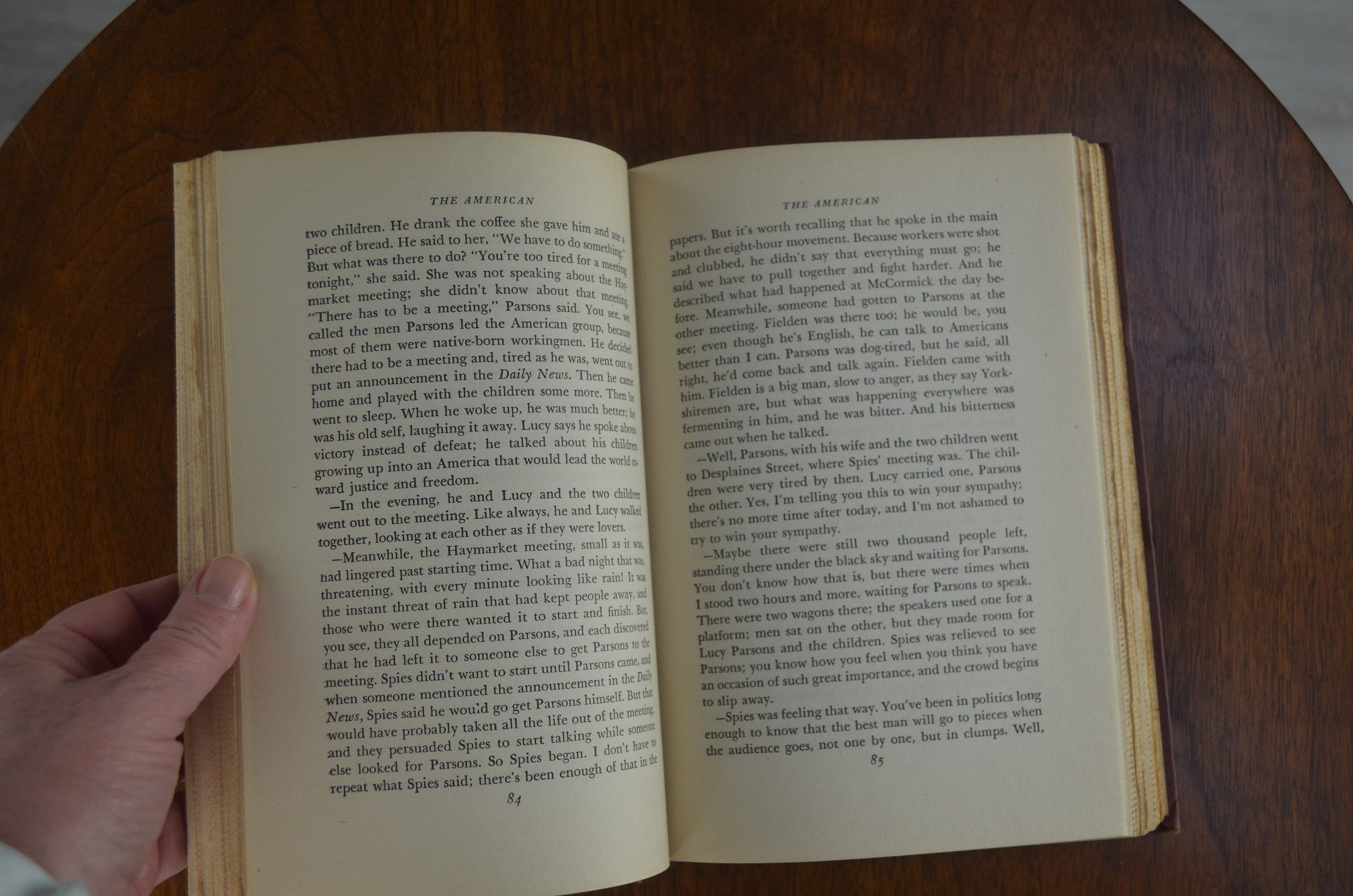 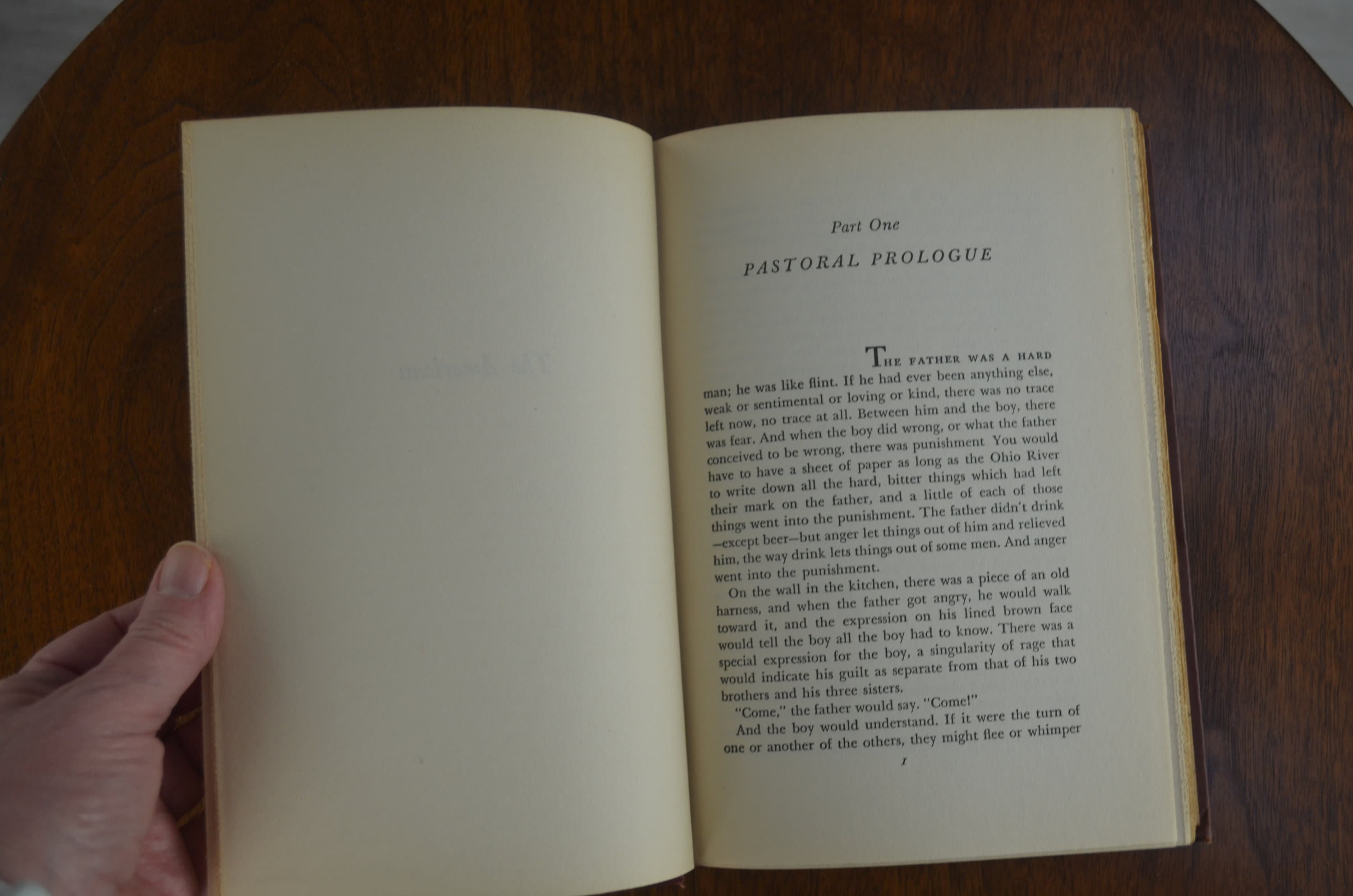 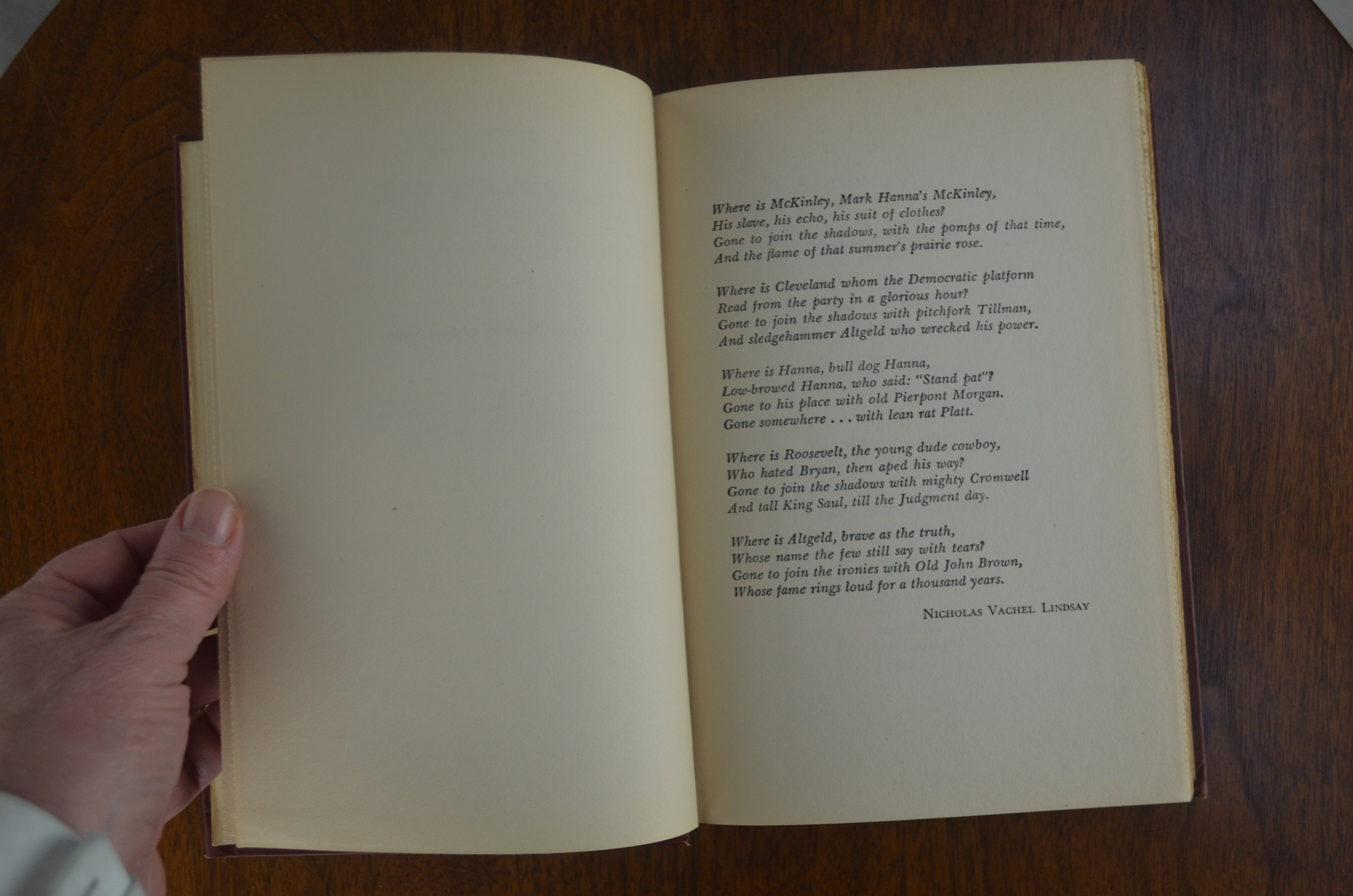 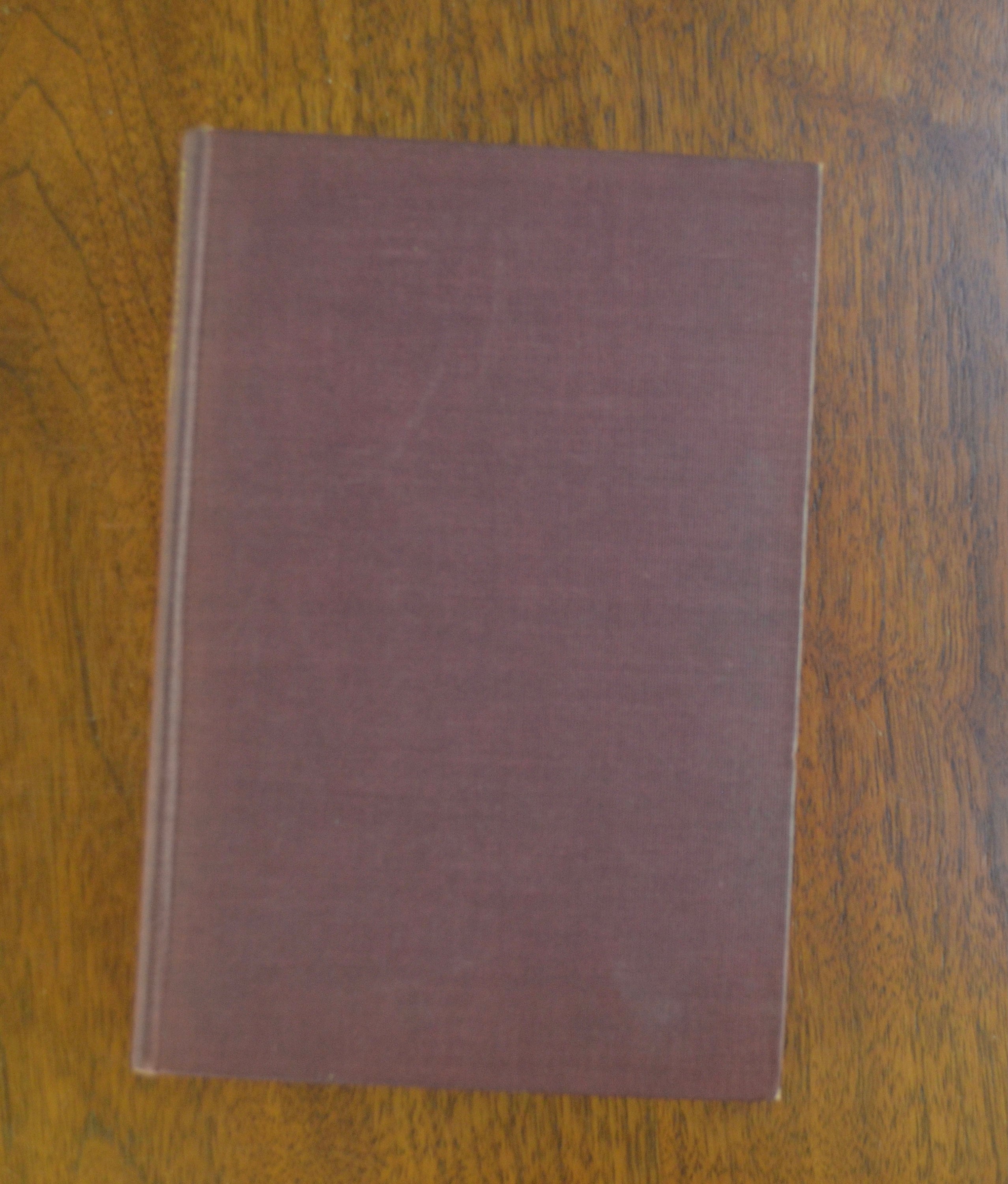 Brown cloth cover, no dust jacket, gold lettering on front and on spine, some fading on spine, Inside: no writing, clean and tight binding, See pictures for more evidence of condition.

Howard Fast (1914-2003) was one of the most prolific American writers of the twentieth century. He was a bestselling author of more than eighty works of fiction, nonfiction, poetry, and screenplays. The son of immigrants, Fast grew up in New York City and published his first novel upon finishing high school in 1933. In 1950, his refusal to provide the United States Congress with a list of possible Communist associates earned him a three-month prison sentence. During his incarceration, Fast wrote one of his best-known novels, Spartacus (1951). Throughout his long career, Fast matched his commitment to championing social justice in his writing with a deft, lively storytelling style.

The story of John Peter Altgeld of Illinois, a latter-day Lincoln, who sacrificed money and health and political power, to become the champion of democracy and the foe of greed and corruption. Here is the story of his farm boyhood, of his Civil War experiences in the Army, and of his masterful struggles to become a successful lawyer and politician. But it is then that his real story begins and that he emerges as the last indigenous American hero, for, as Governor of Illinois, he pardoned the convicted Haymarket anarchists and touched off an epochal struggle between the forces of democracy and the powers-that-be.

Altgeld was ultimately defeated, but not before he captured the Democratic Party from Grover Cleveland, defied every newspaper in the land, and won an abiding place in the hearts of the American people. In his last dramatic fighting days he reaches the stature of greatness and stands forth, truly, as "The American" -- the American who comes out of the direct line and the tradition of Jefferson and Jackson and Lincoln.