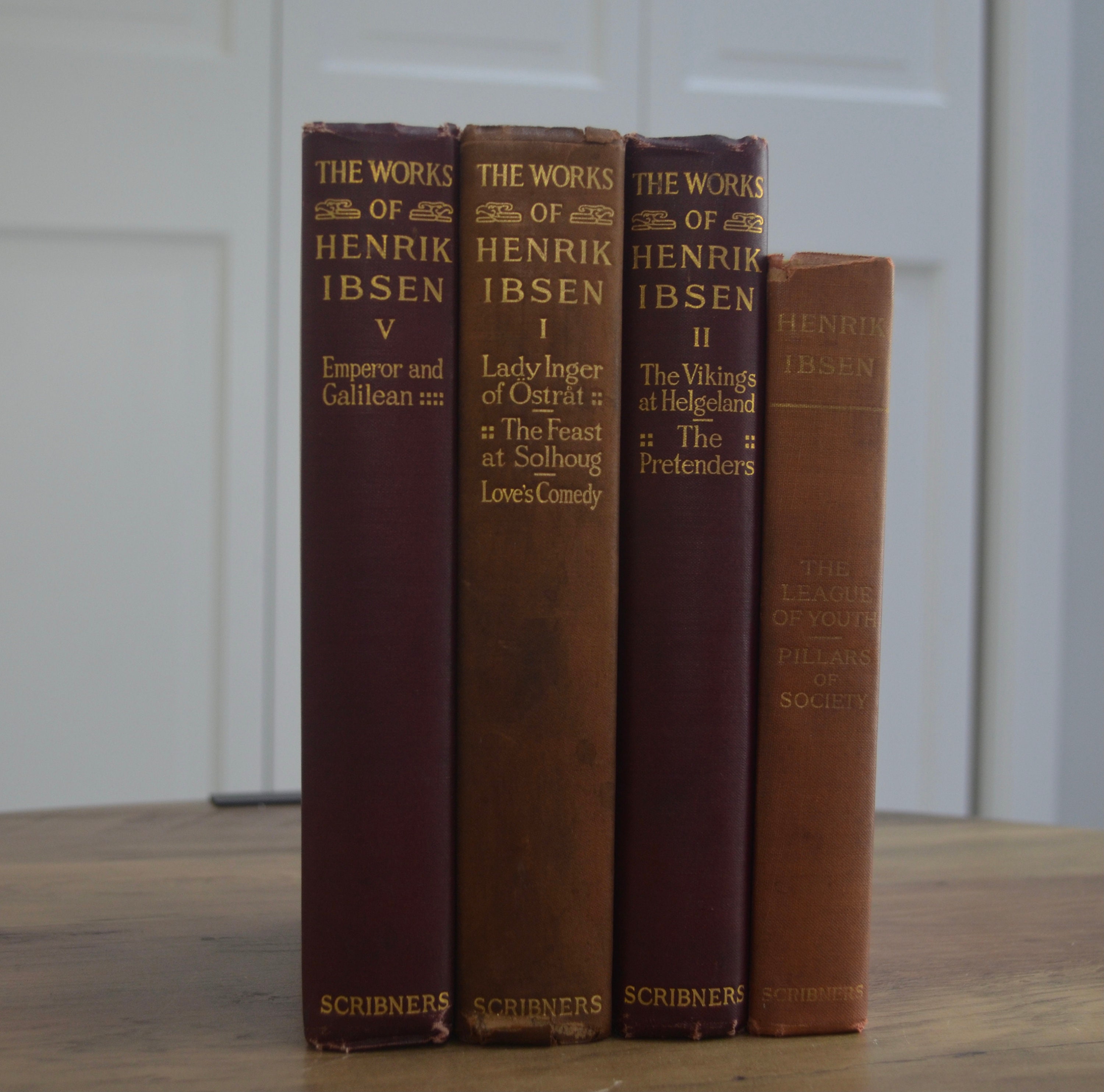 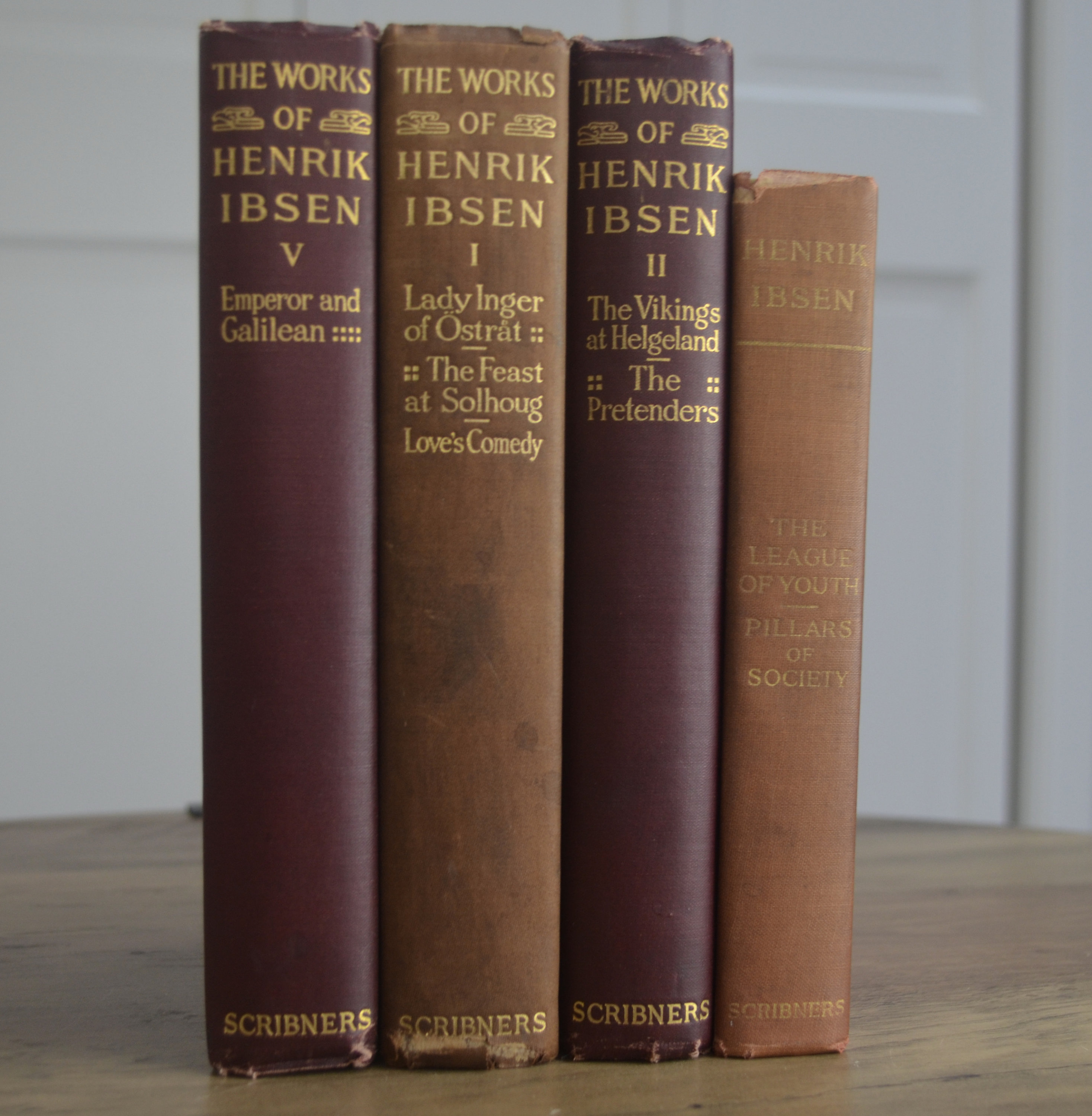 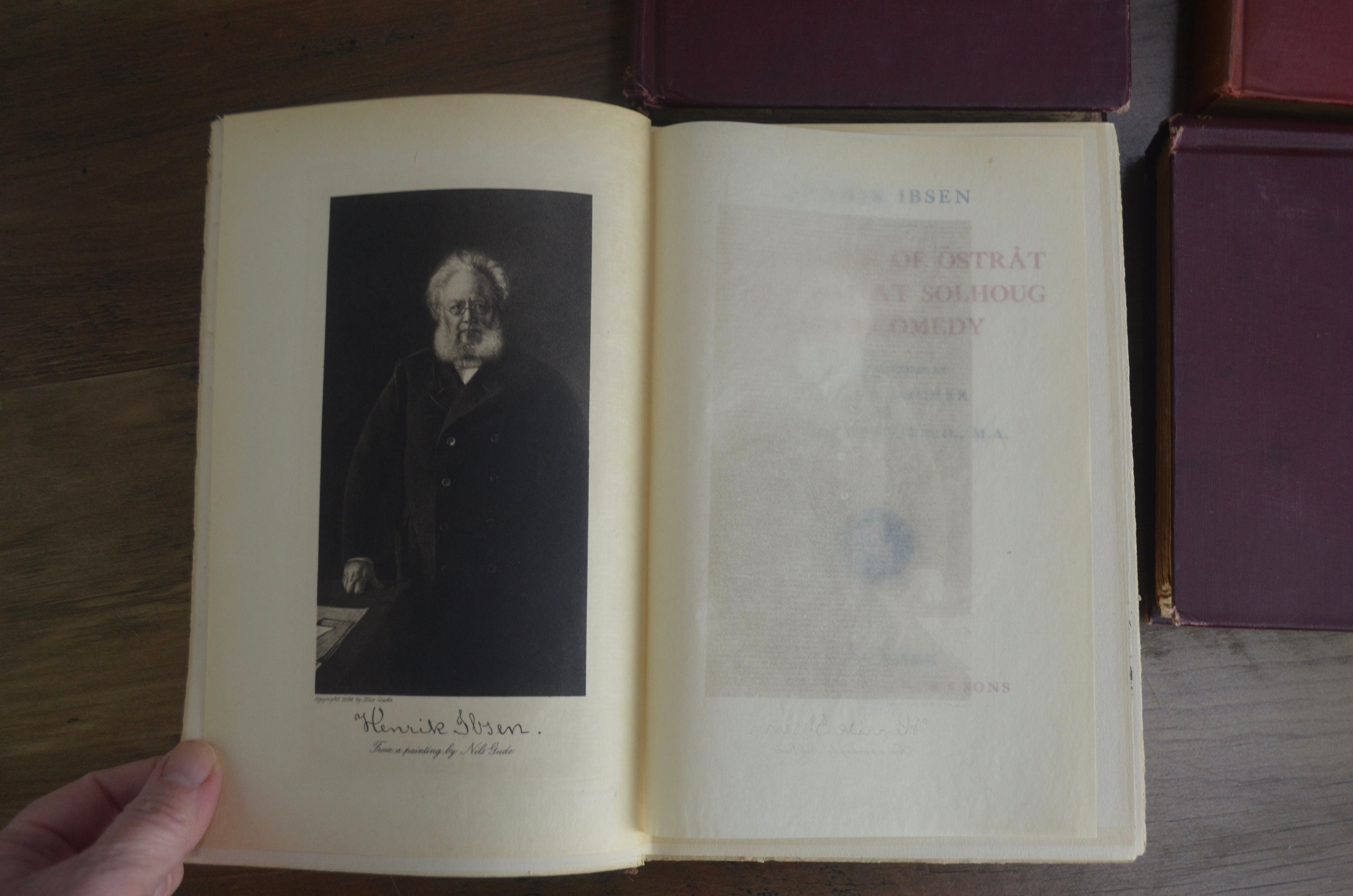 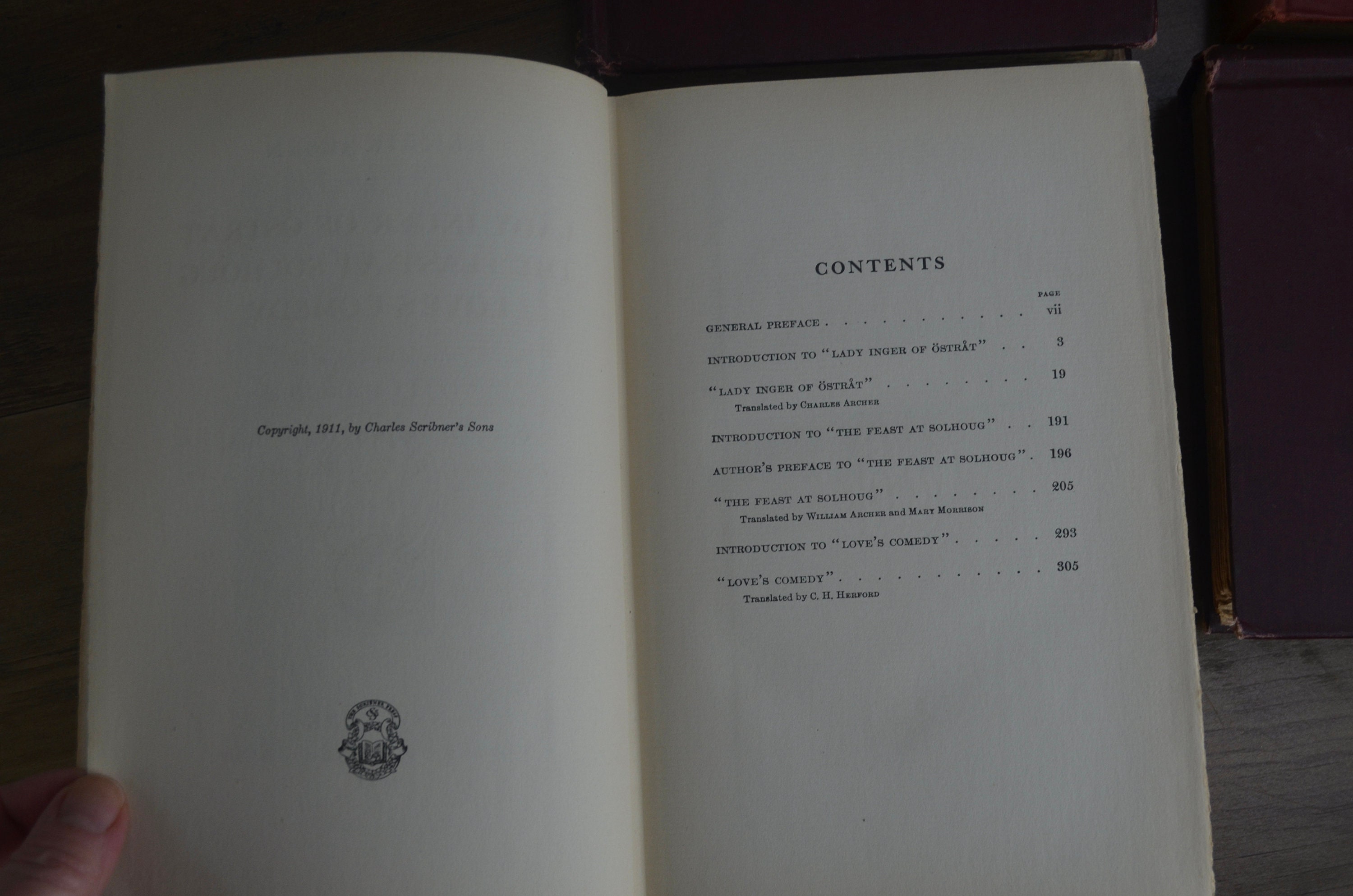 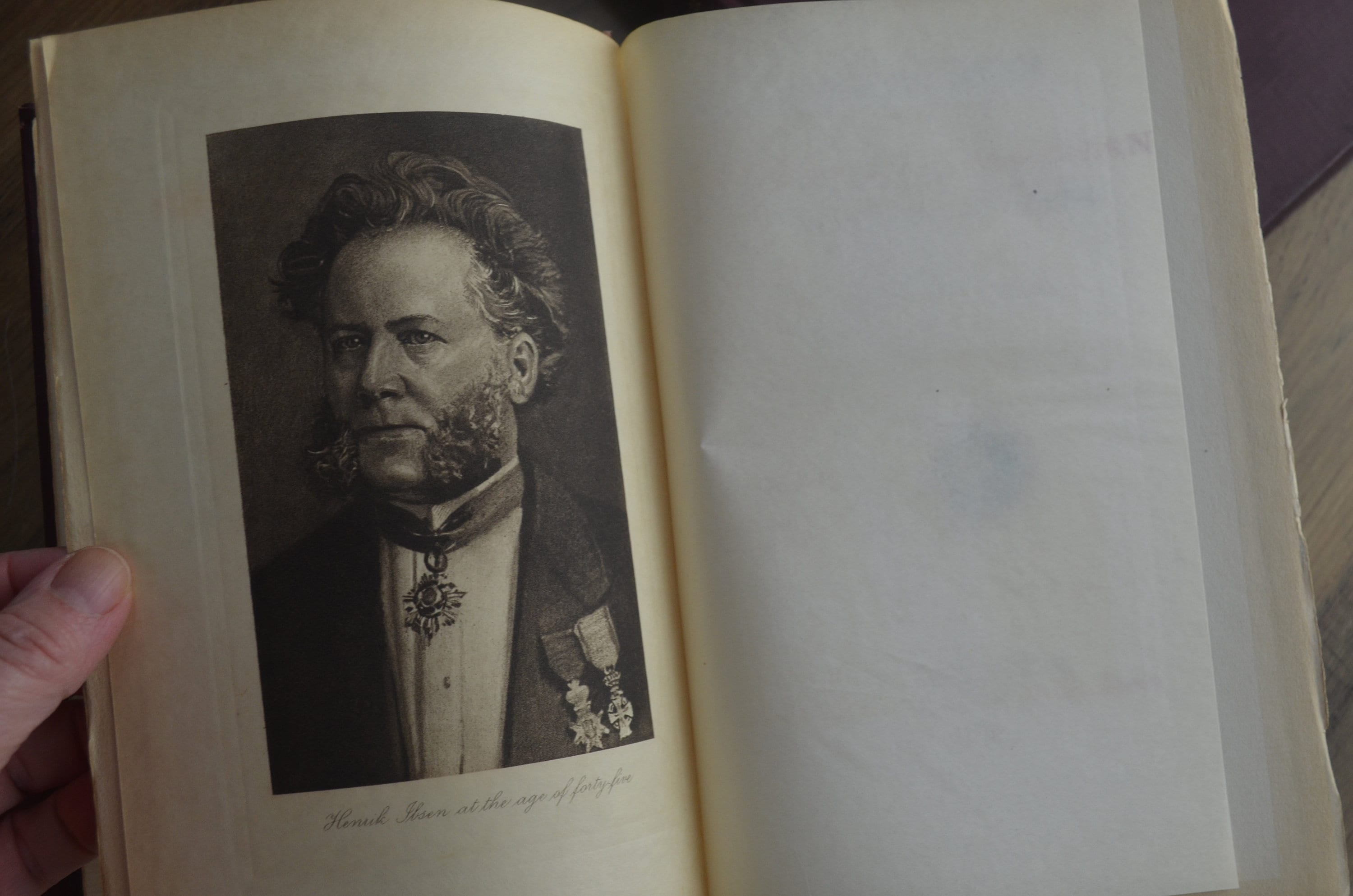 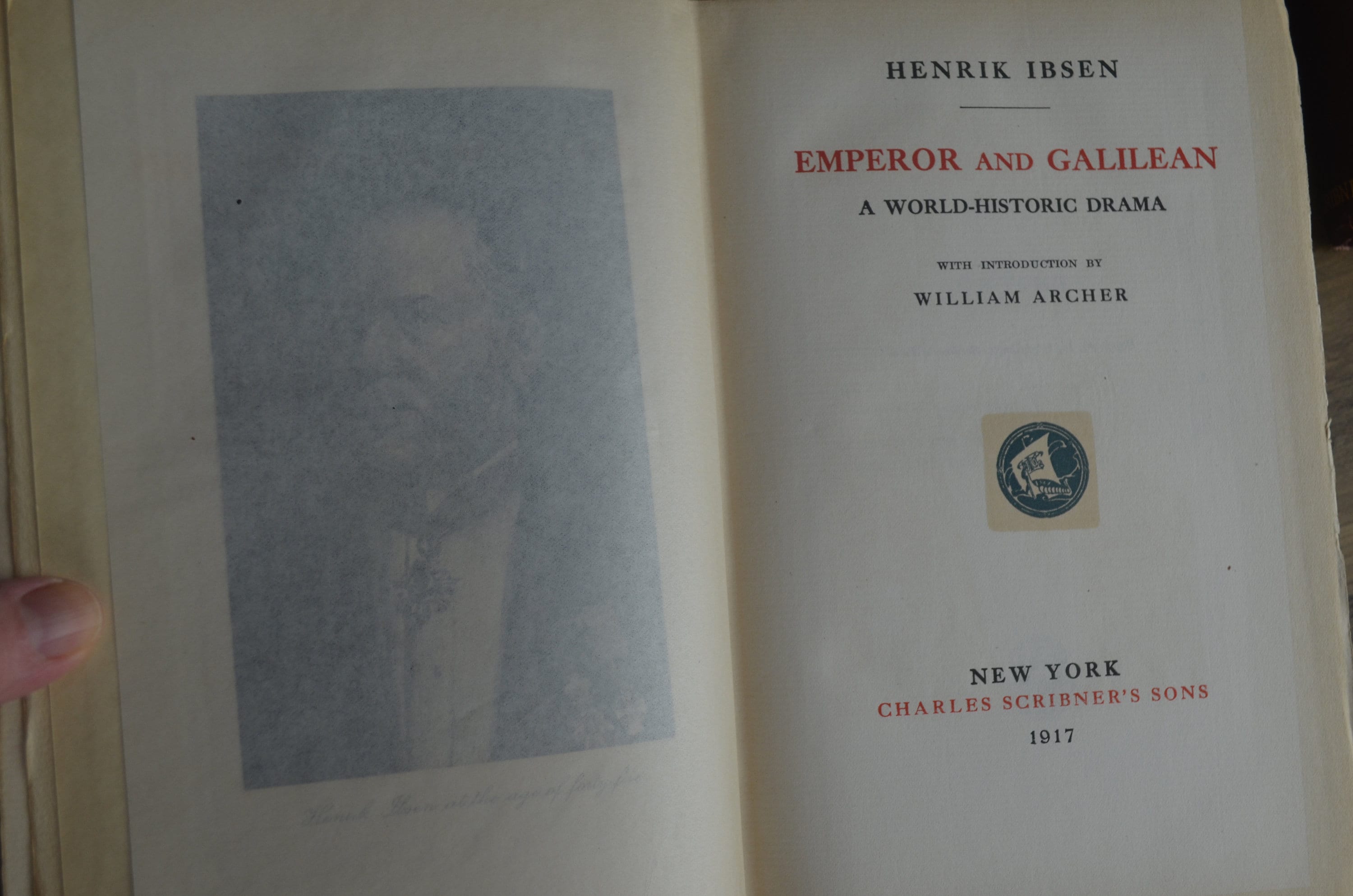 Henrik Ibsen, s/4, The Works of Ibsen, Including The Vikings at Helgeland, Scribners, Viking Edition, 1911-1917

Henrik Ibsen, s/4, The Works of Ibsen, Including The Vikings at Helgeland, Scribners, Viking Edition, 1911-1917

Four vintage condition of Henrik Ibsen's plays. Three are slightly larger from the Viking Edition. One is slightly smaller from the Copyright Edition. No dust jackets. Different shades of maroon. Gold lettering still sharp on the Viking books. See picture for more evidence of condition

Henrik Johan Ibsen (/ˈɪbsən/;[1] Norwegian: [ˈhɛ̀nrɪk ˈɪ̀psn̩]; 20 March 1828 – 23 May 1906) was a Norwegian playwright and theatre director. As one of the founders of modernism in theatre, Ibsen is often referred to as "the father of realism" and one of the most influential playwrights of his time.[2] His major works include Brand, Peer Gynt, An Enemy of the People, Emperor and Galilean, A Doll's House, Hedda Gabler, Ghosts, The Wild Duck, When We Dead Awaken, Rosmersholm, and The Master Builder. Ibsen is the most frequently performed dramatist in the world after Shakespeare,[3][4] and A Doll's House was the world's most performed play in 2006.[5]