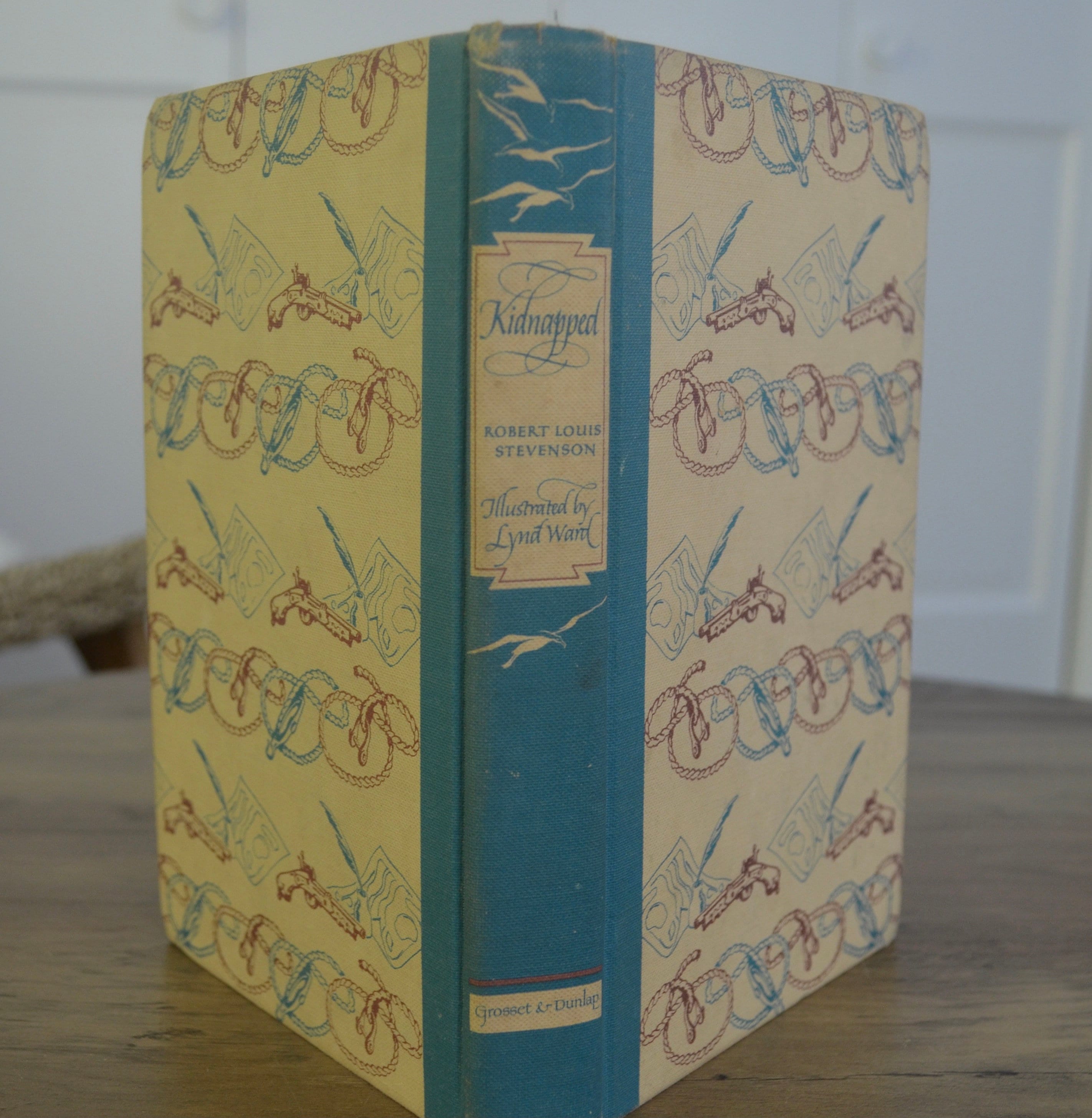 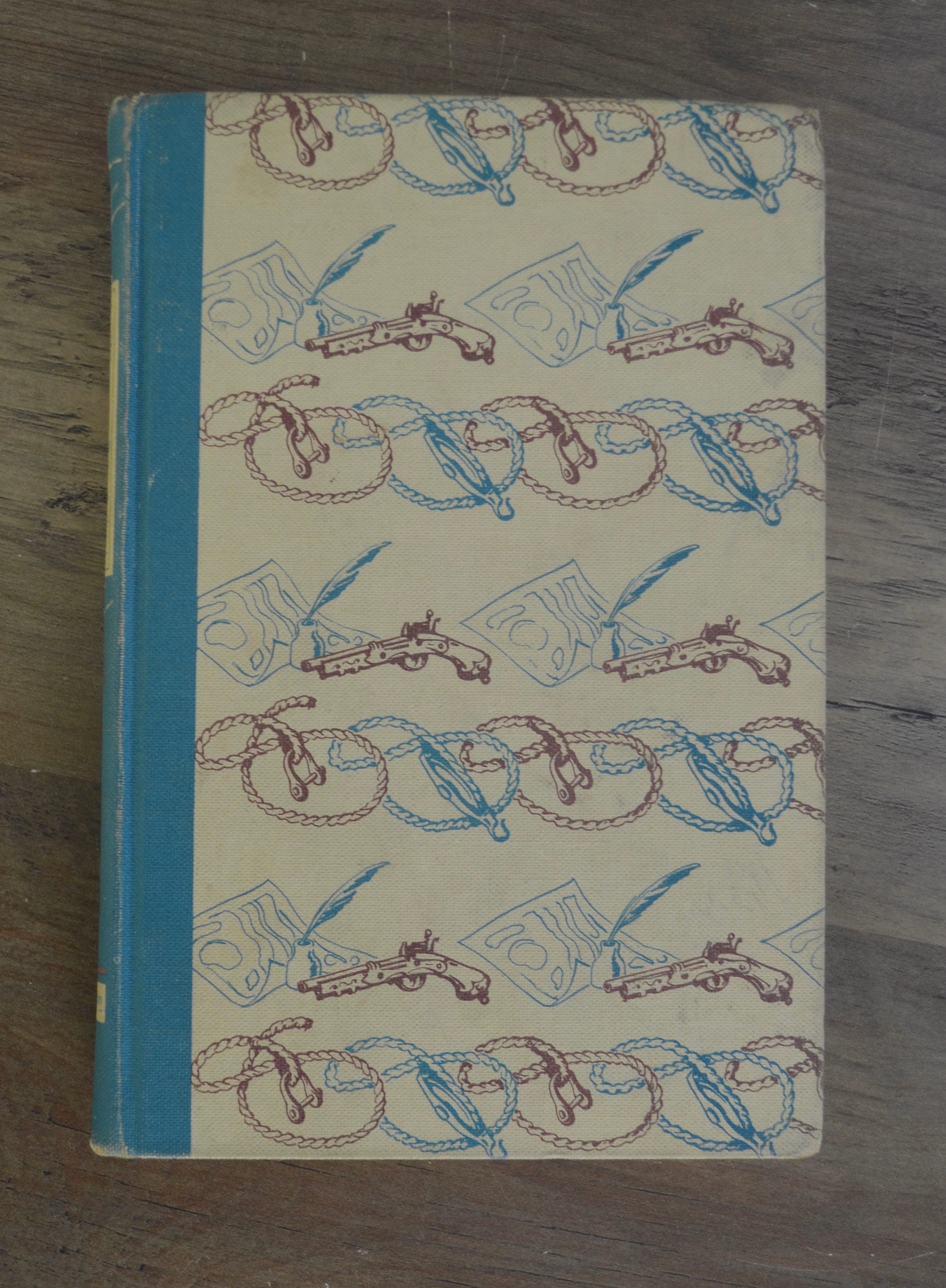 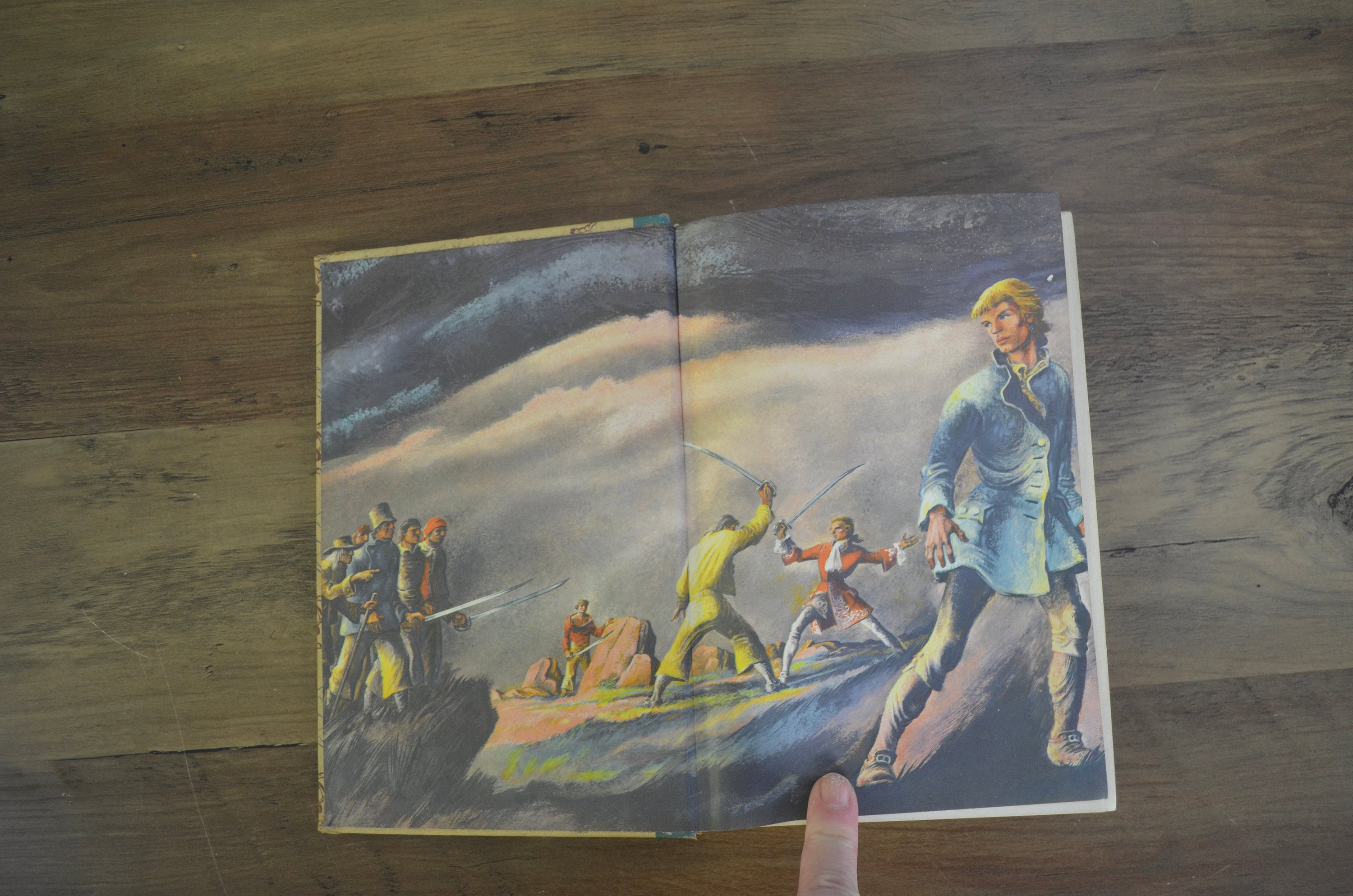 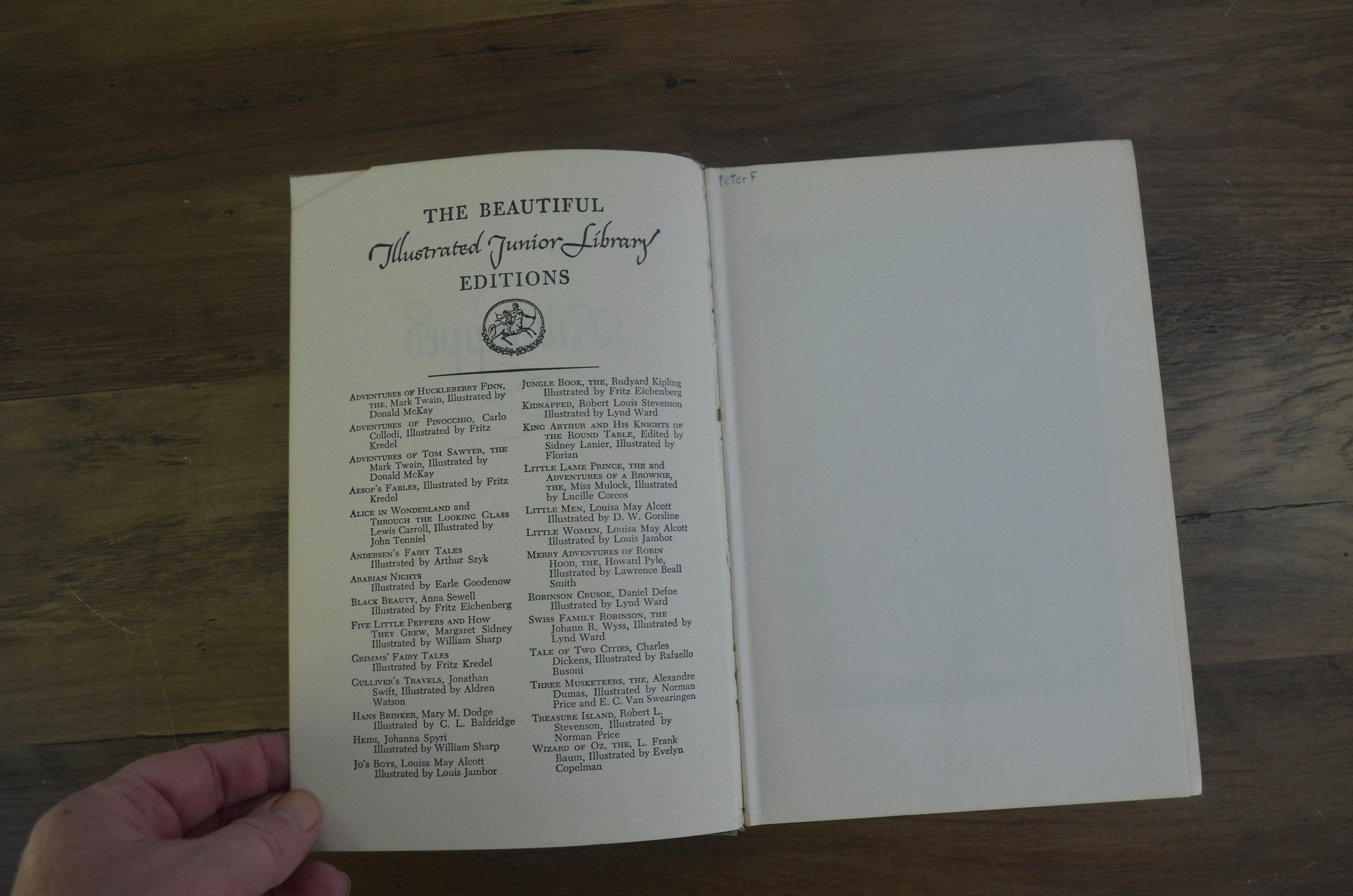 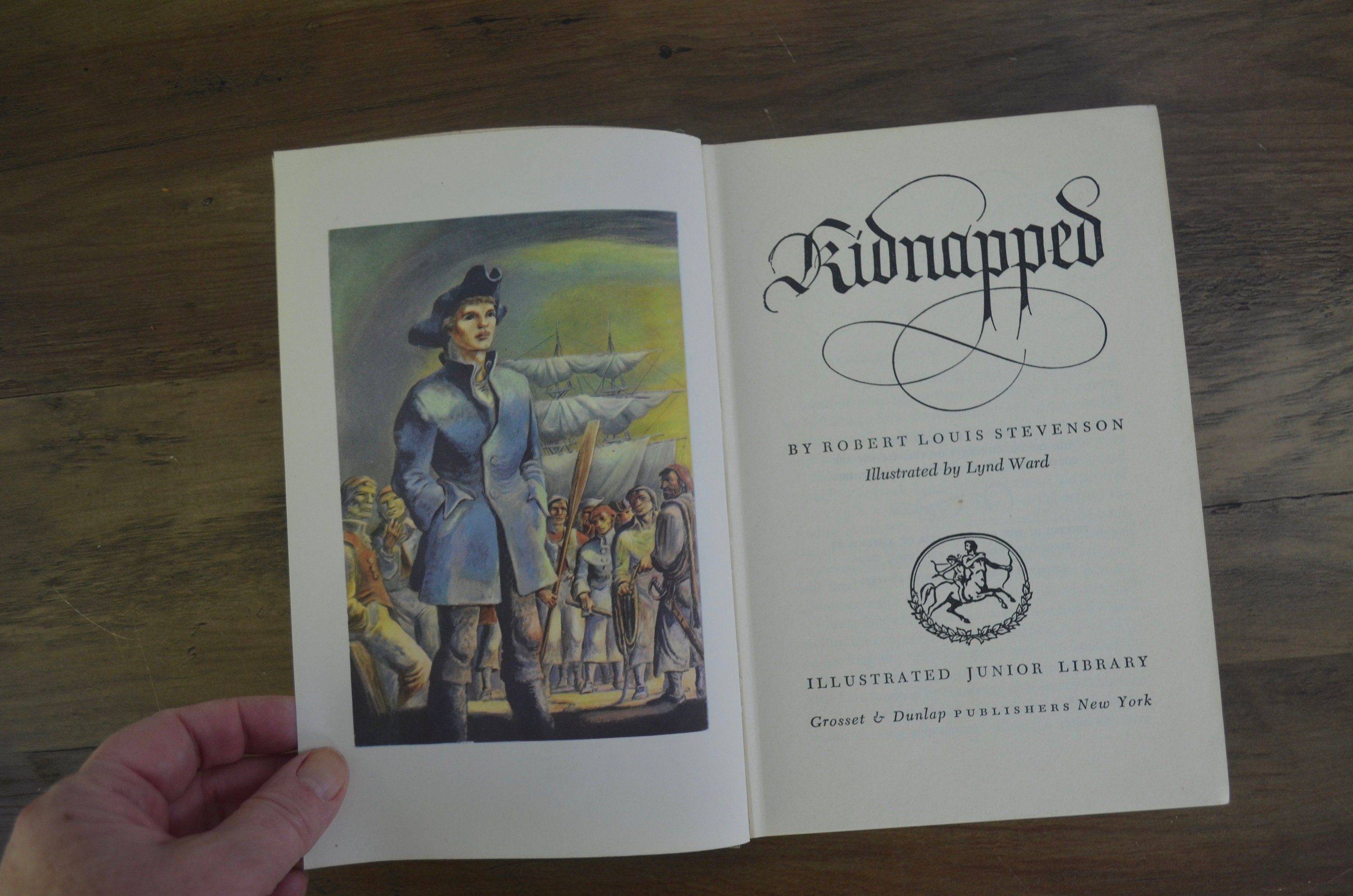 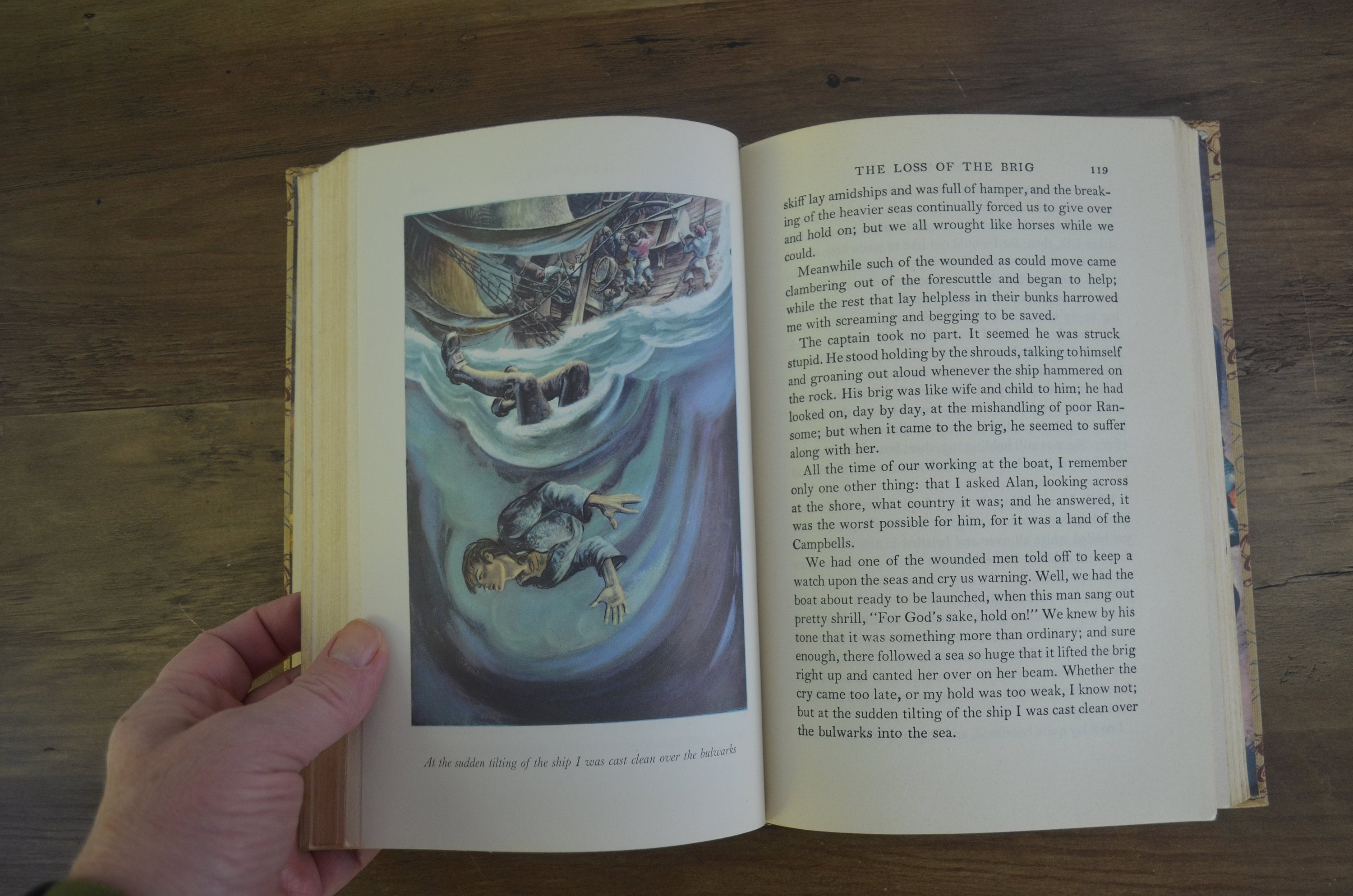 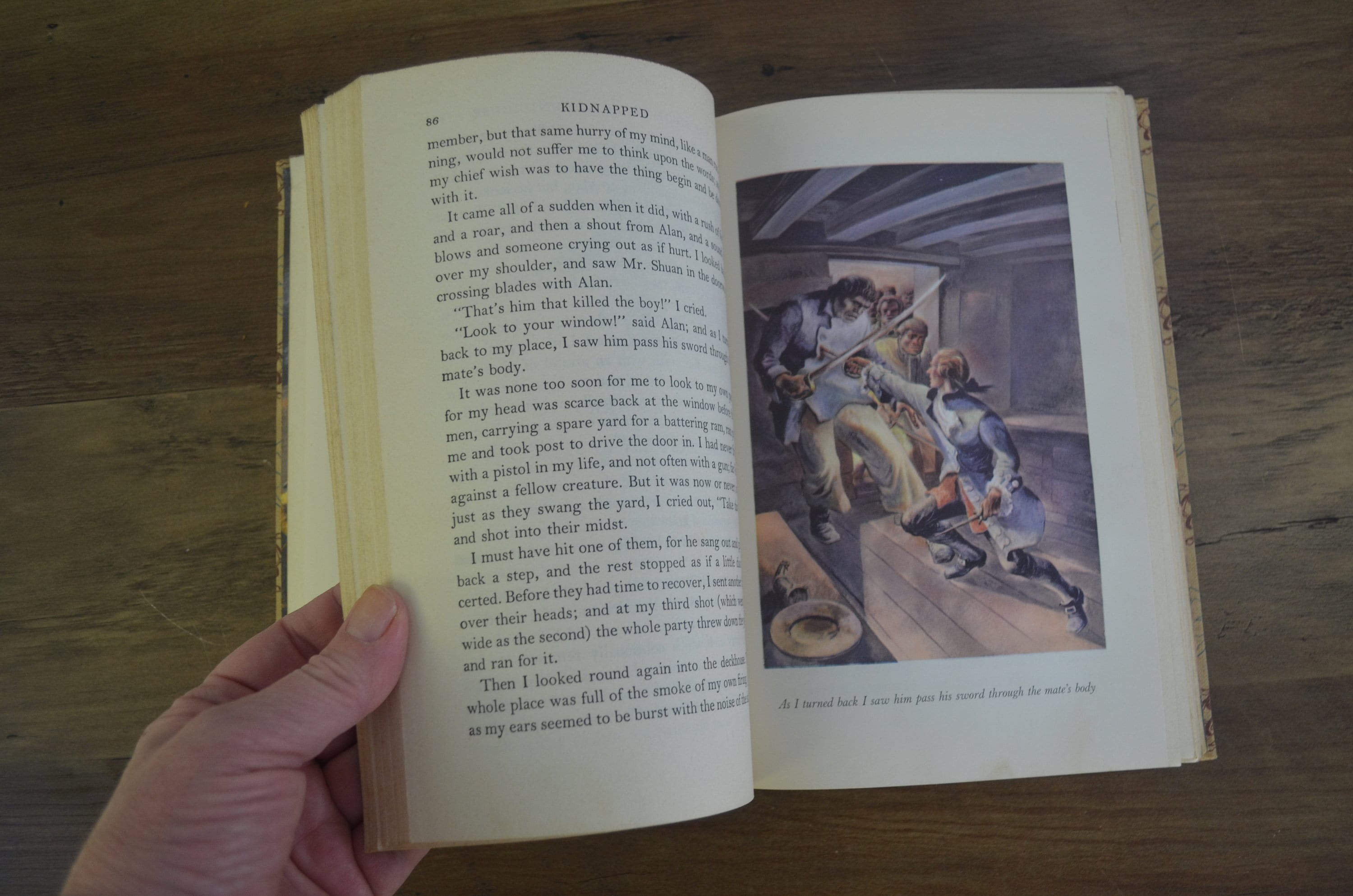 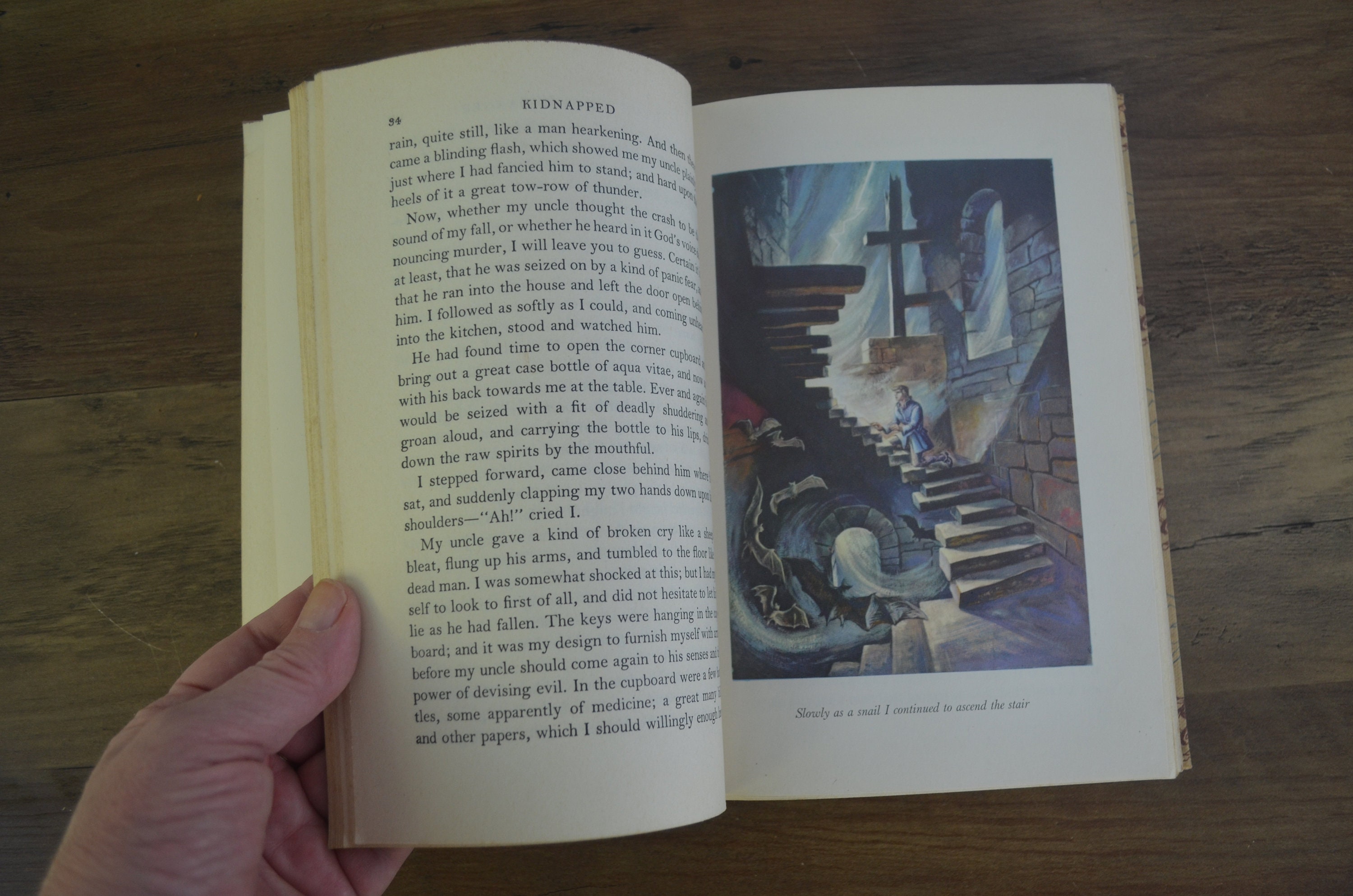 ***
Kidnapped is a historical fiction adventure novel by Scottish author Robert Louis Stevenson, written as a boys' novel and first published in the magazine Young Folks from May to July 1886. The novel has attracted the praise and admiration of writers as diverse as Henry James, Jorge Luis Borges, and Hilary Mantel.[1] A sequel, Catriona, was published in 1893.

The narrative is written in English with some dialogue in Lowland Scots, a Germanic language that evolved from an earlier incarnation of English.

Kidnapped is set around real 18th-century Scottish events, notably the "Appin Murder", which occurred in the aftermath of the Jacobite rising of 1745. Many of the characters are real people, including one of the principals, Alan Breck Stewart. The political situation of the time is portrayed from multiple viewpoints, and the Scottish Highlanders are treated sympathetically.

***
The Illustrated Grosset and Dunlap Series

Providing children with quality reading material that is also pleasing to the eye is a great way to encourage reading without having to assign it. Kids will naturally bury themselves in these classics with their full-color plate illustrations and clear type that reads smoothly. The very best in children's literature is represented here—from Treasure Island and Huckleberry Finn to Little Women and The Wizard of Oz.

Of the 45 titles, nearly all are unabridged (five have more extensive editing: Gulliver's Travels, King Arthur, Robinson Crusoe, Swiss Family Robinson and Three Musketeers). Titles are chosen for their appeal to younger readers, and none of them include offensive or adult material—but like all great children's literature, the titles are equally appealing to adults. At the same time, books with a lot of philosophical content are absent in favor of more lighthearted, adventure-oriented fare.

A different illustrator was chosen for each volume based on their ability to adequately evoke a specific text. Some of the styles are more relevant to younger children, consequently making those titles probably less appealing to older readers, but illustrations throughout the series uphold a high artistic standard. Artwork never overwhelms a text, instead acting as a supplement and imaginative aide.