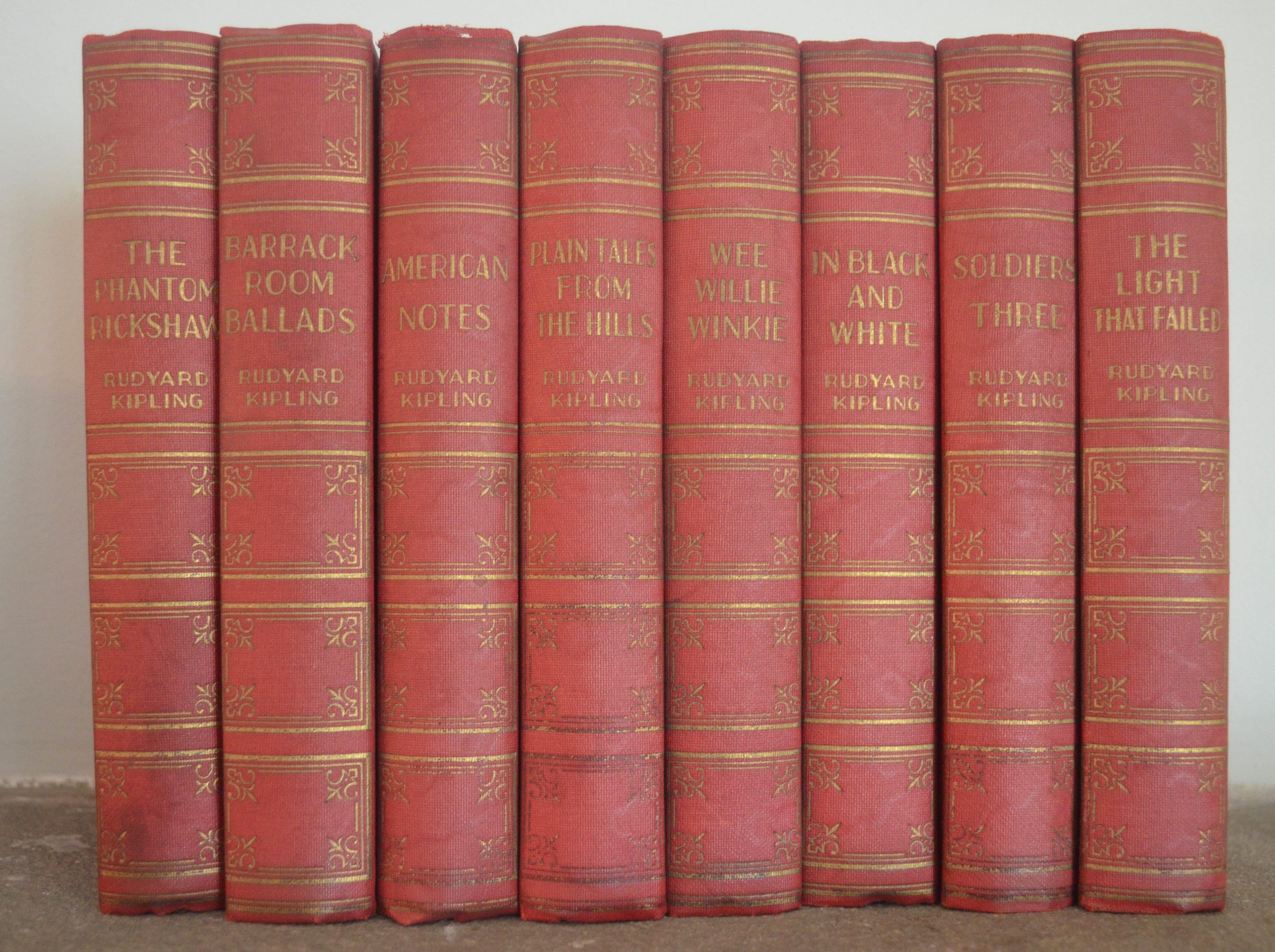 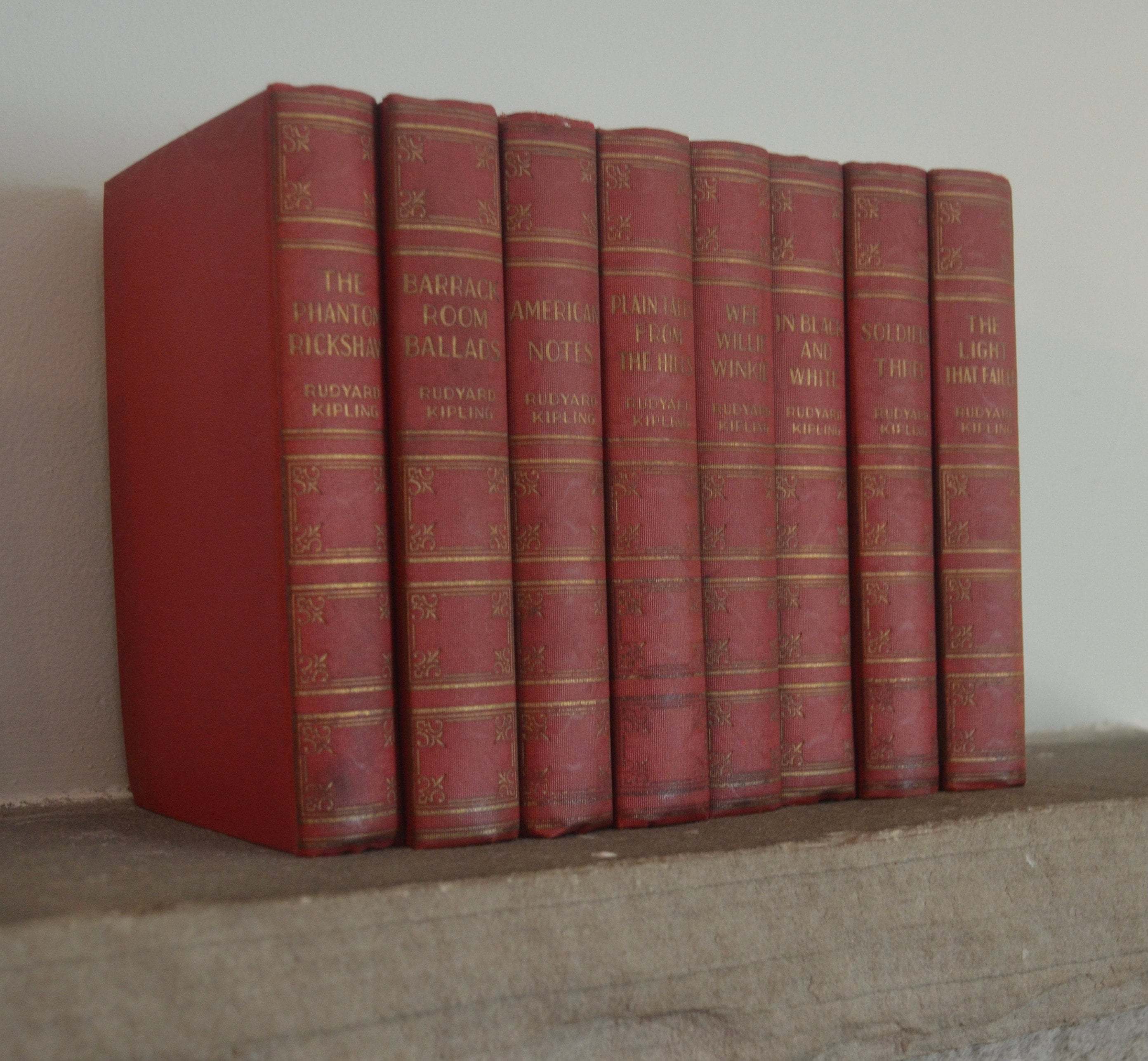 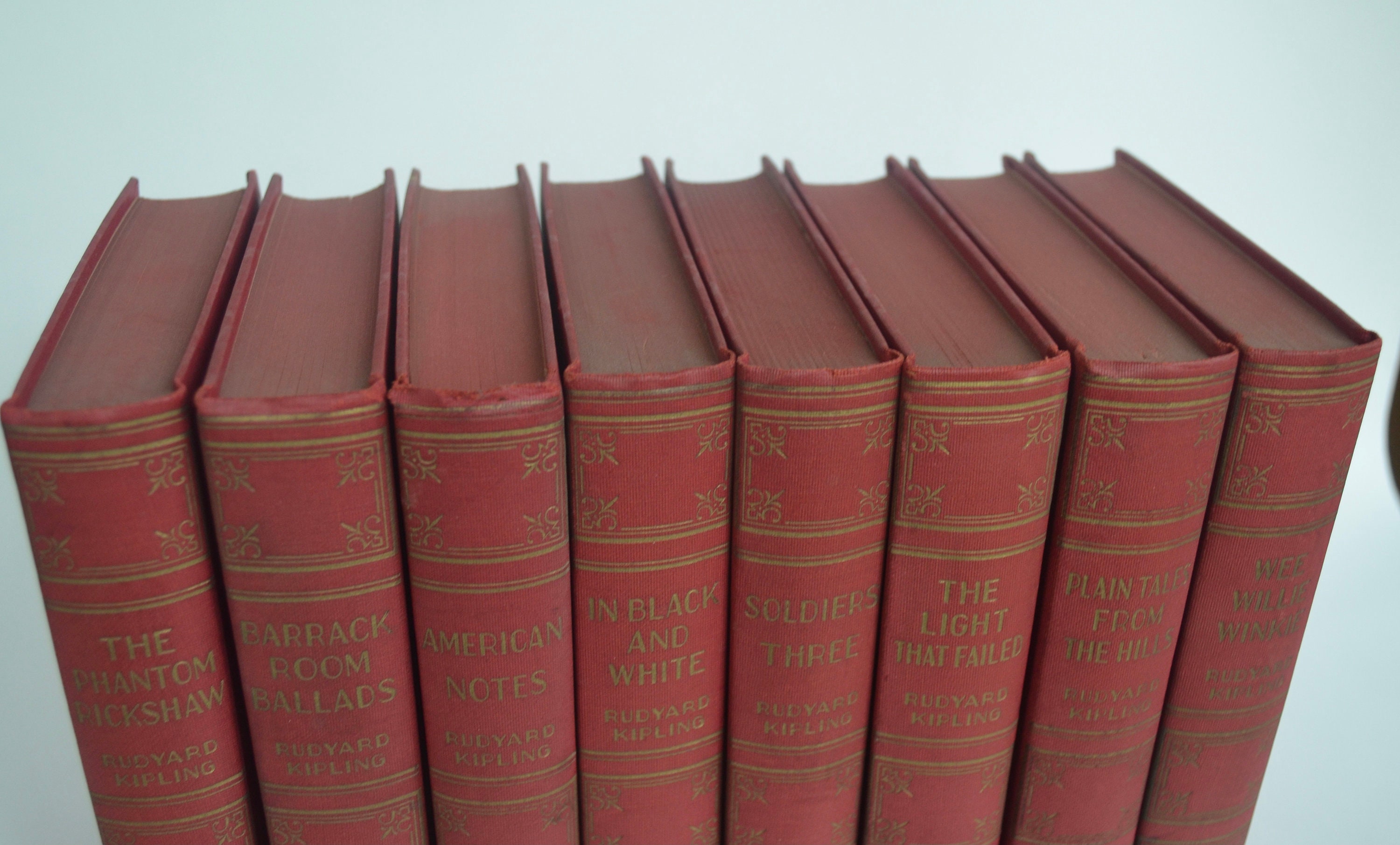 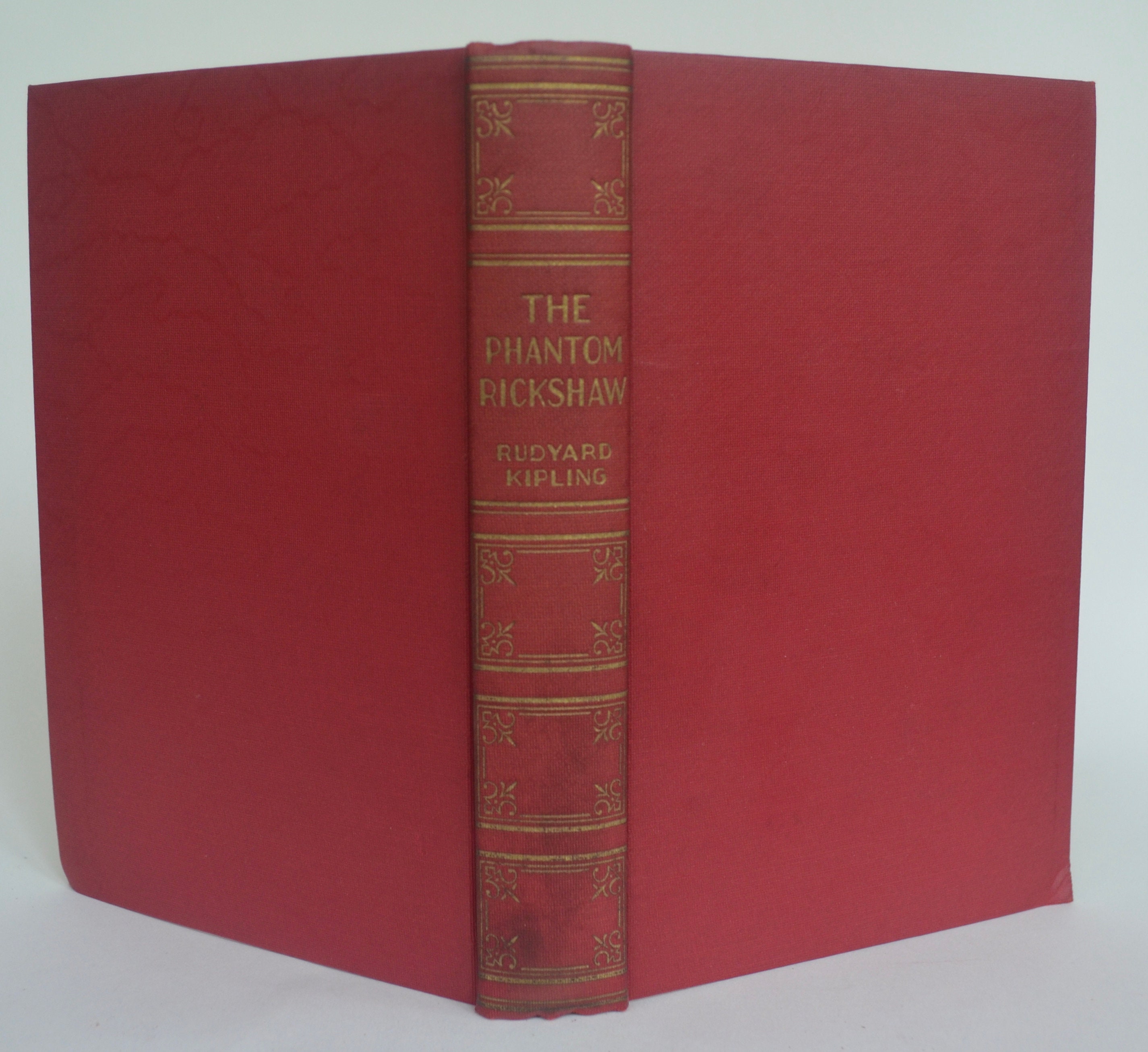 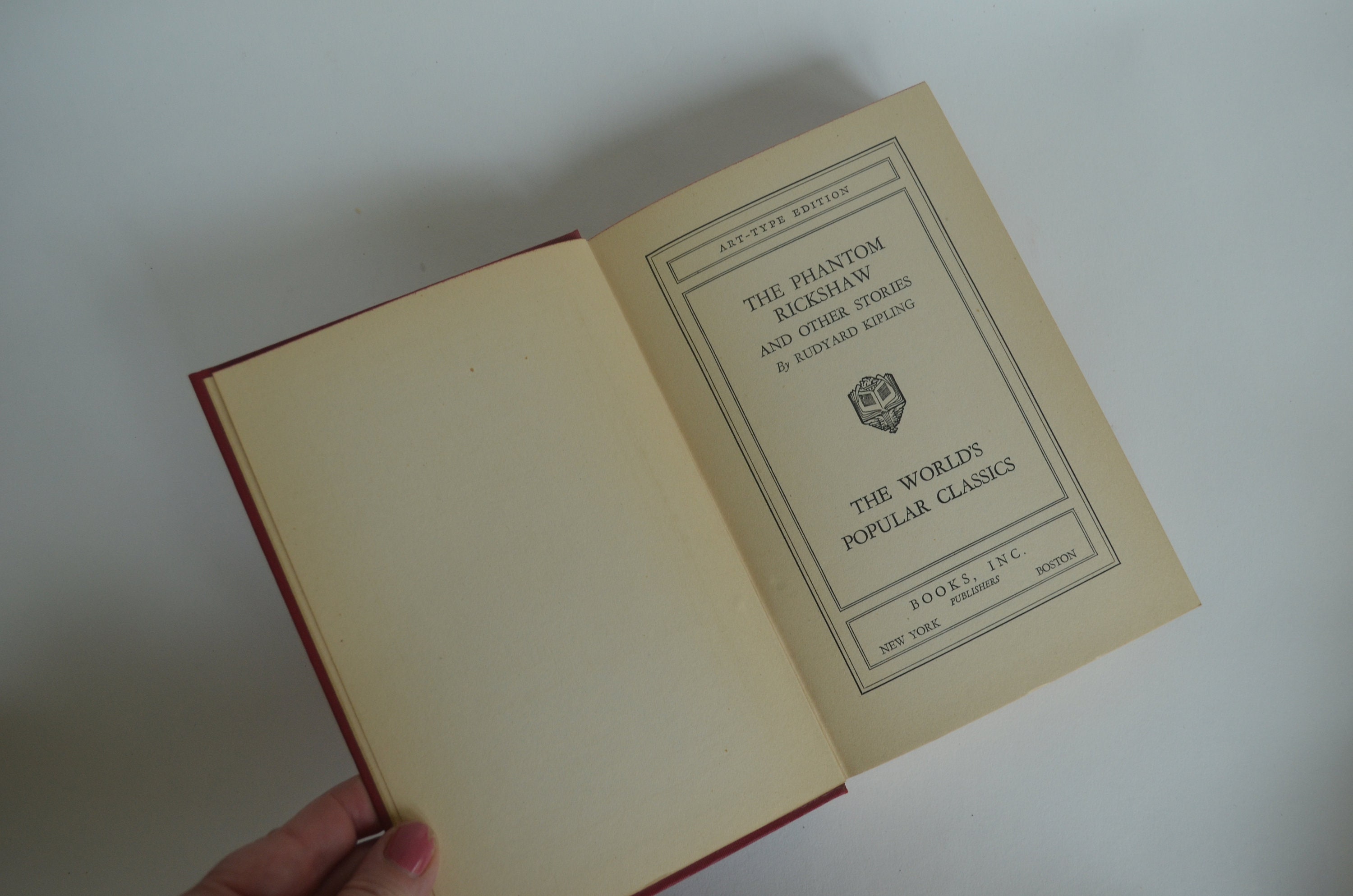 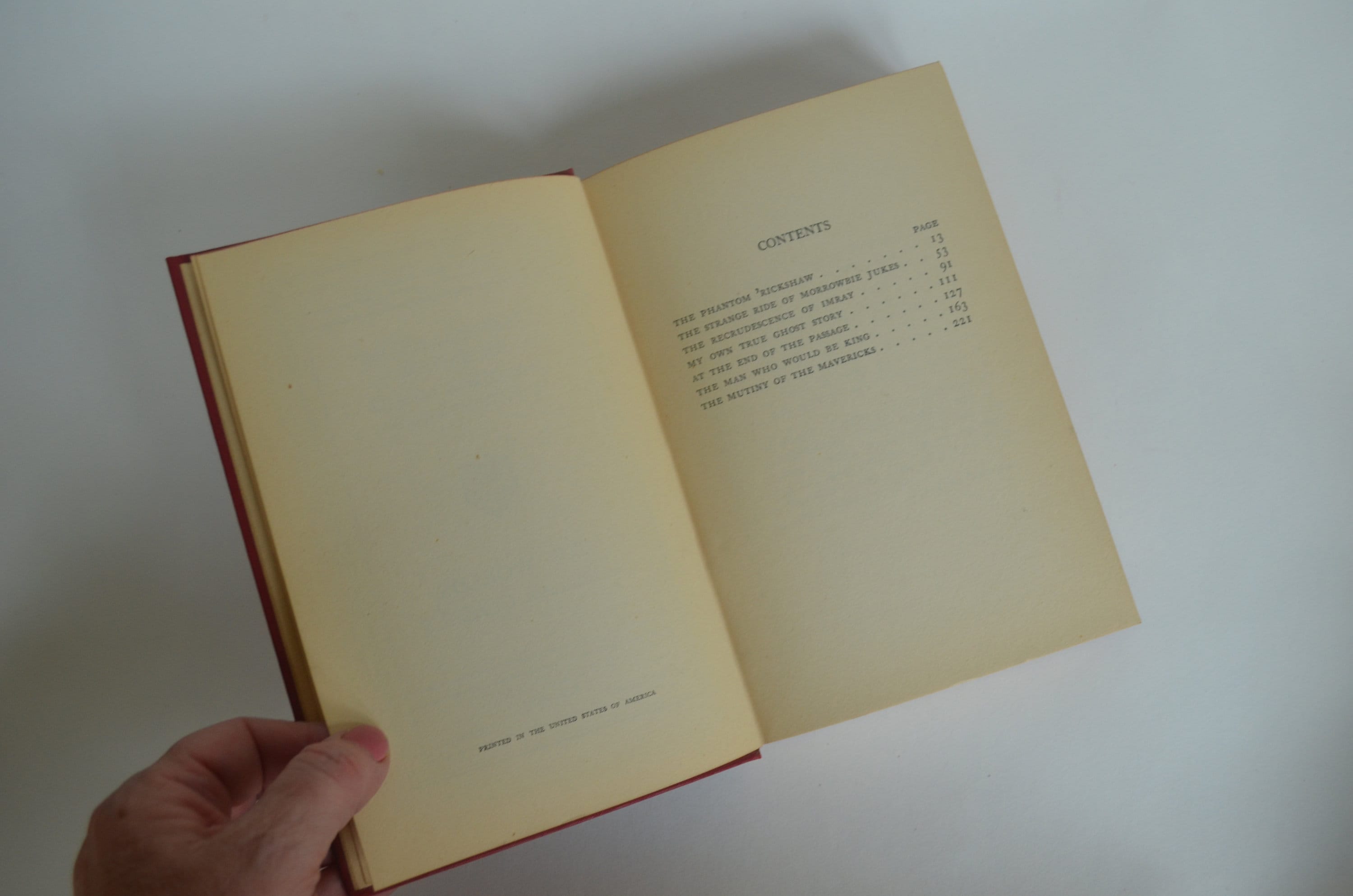 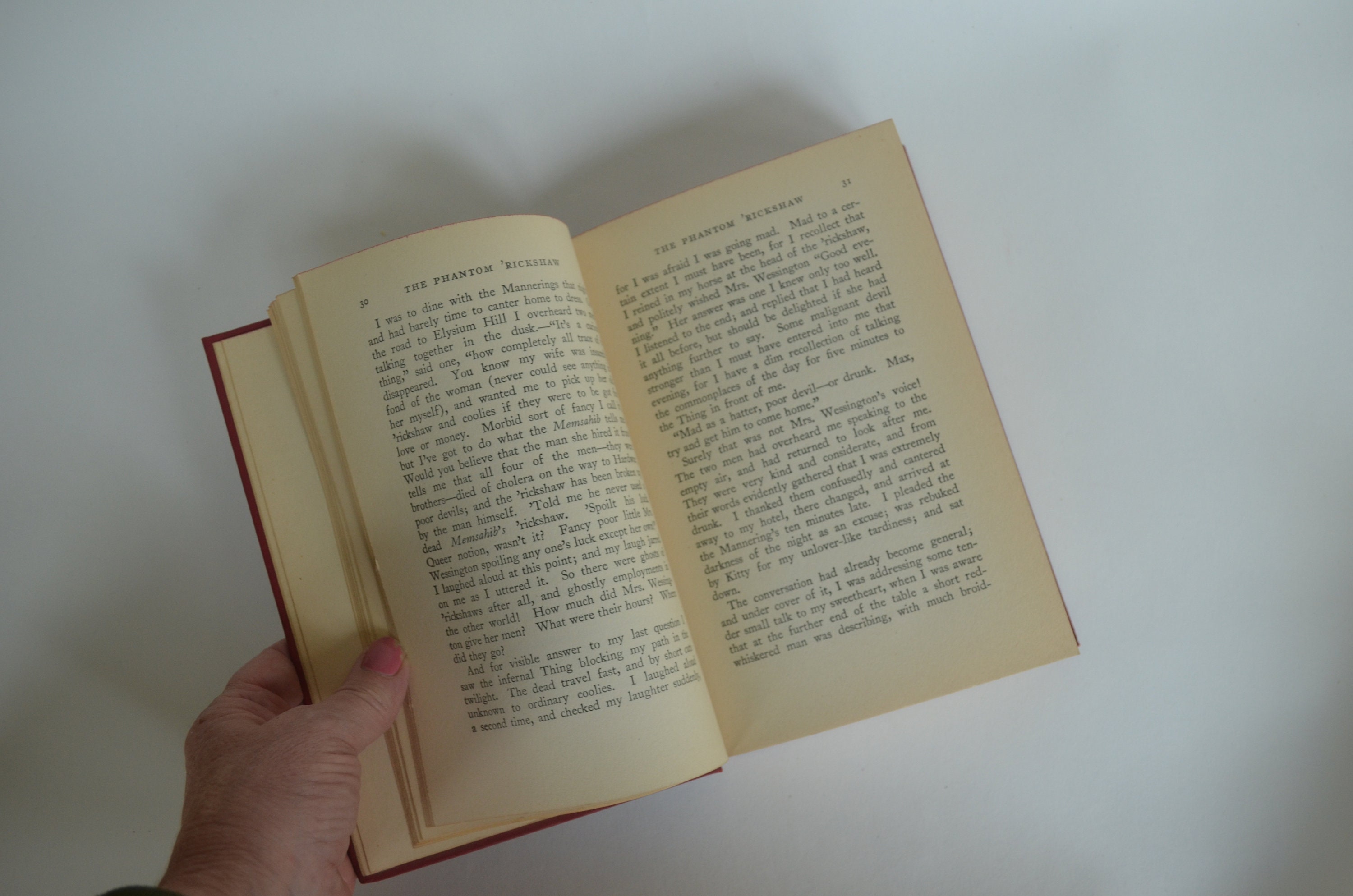 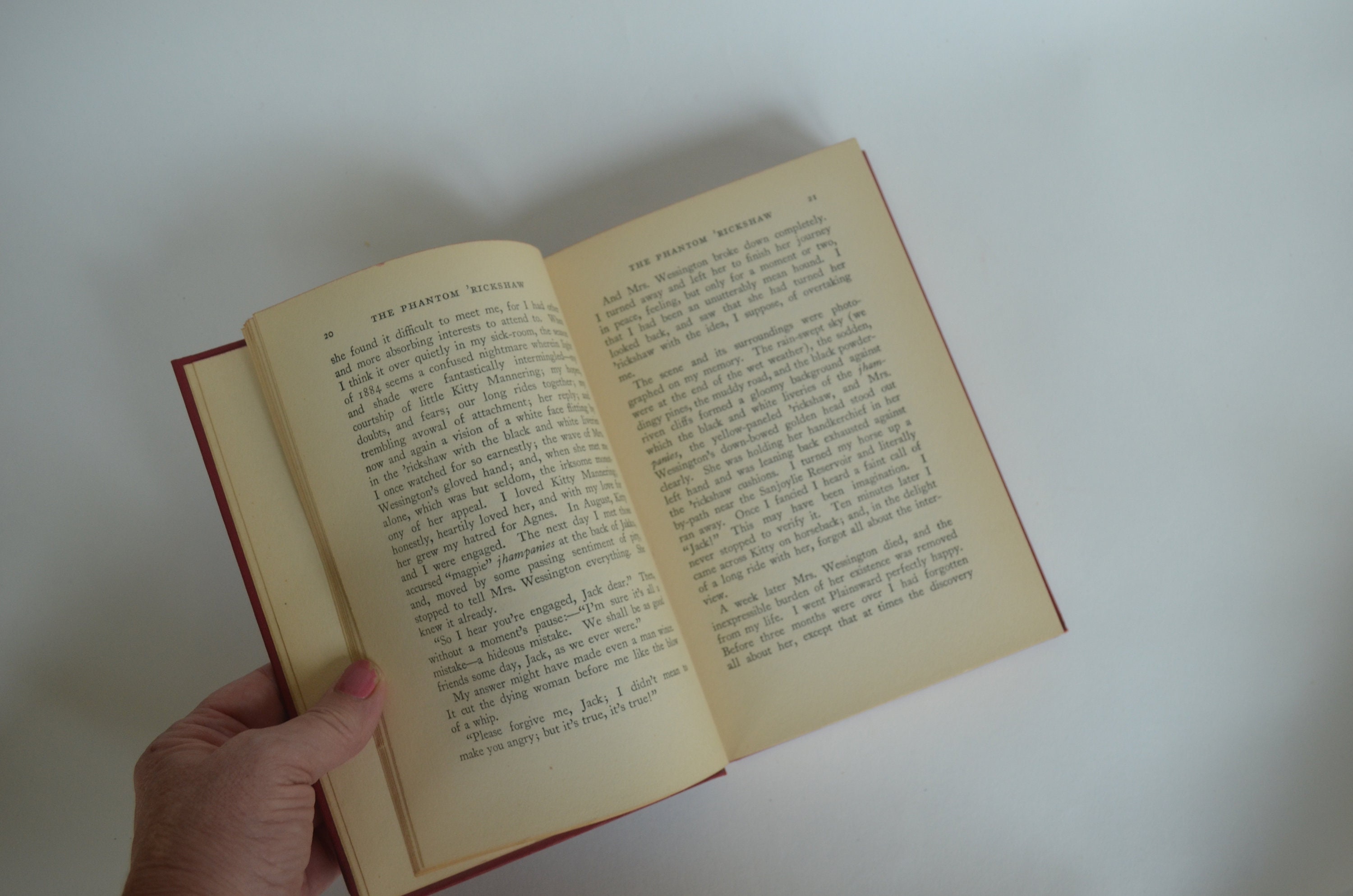 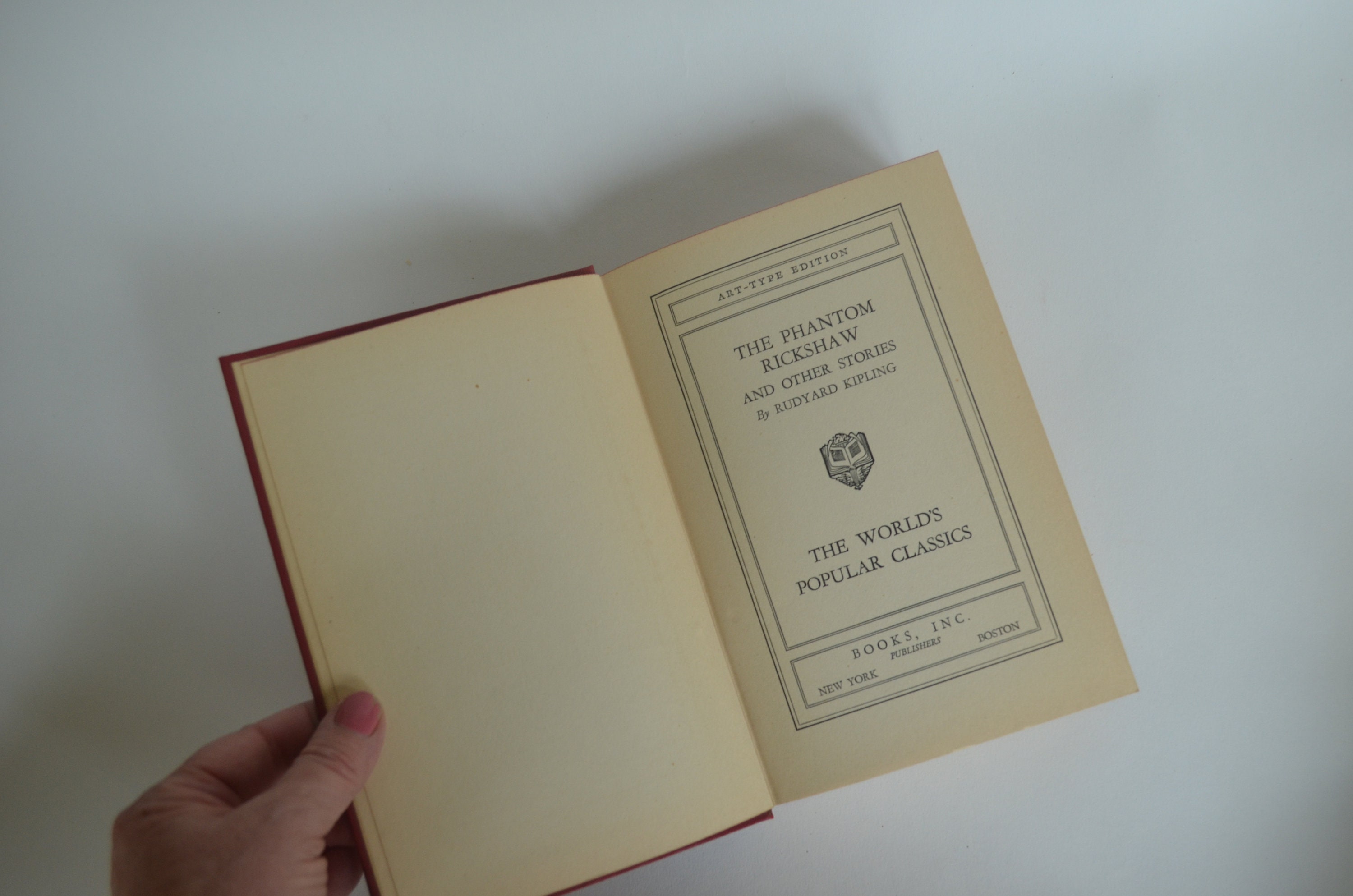 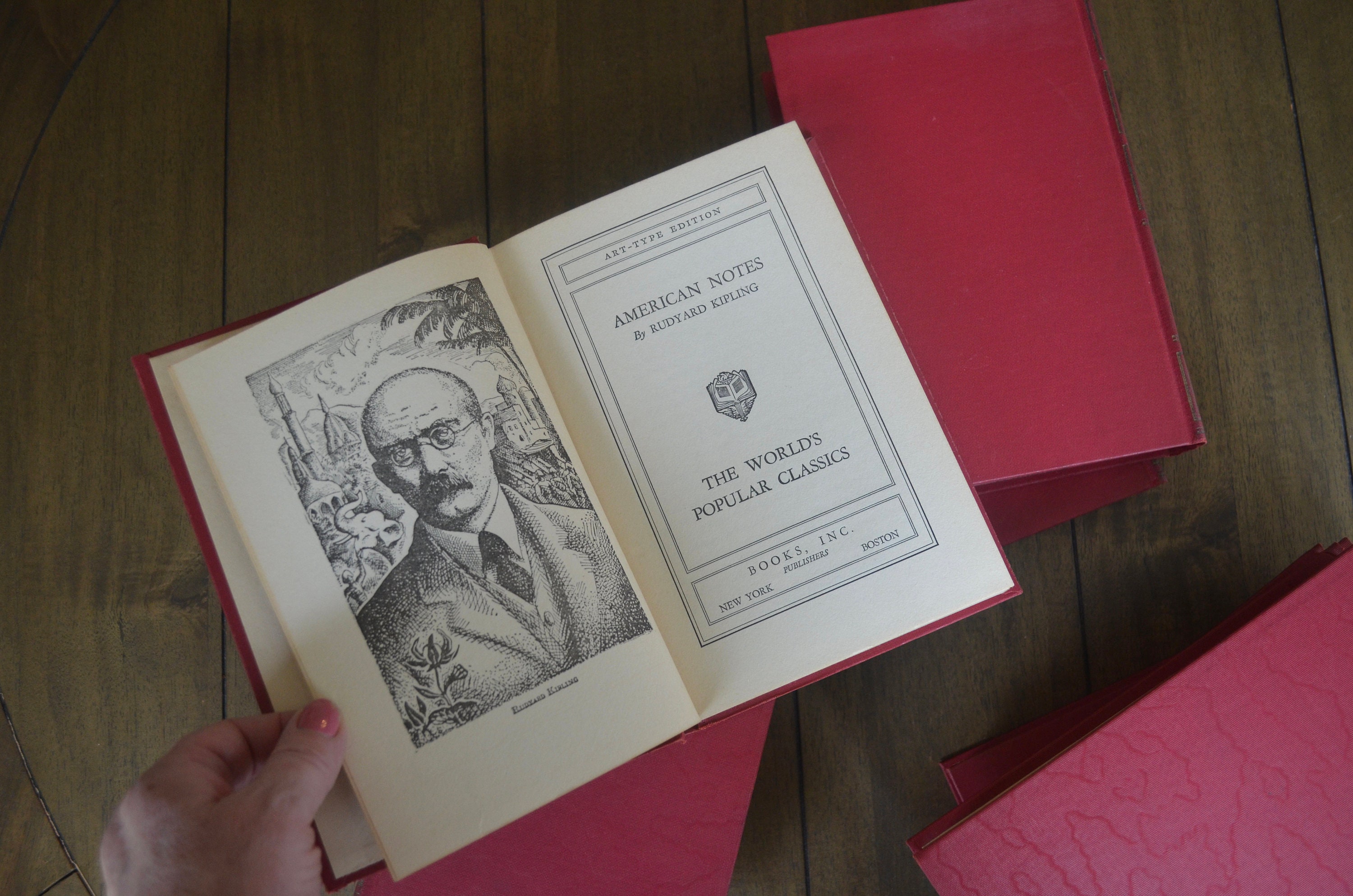 Includes The Phantom Rickshaw, Soldiers Three, In Black and White, and The Light That Failed.

Red cloth cover with gold lettering that shows some wear and fading. Inside clean and bright. No writing. Binding solid. See pictures for more evidence of condition.

Joseph Rudyard Kipling (/ˈrʌdjərd/ RUD-yərd; 30 December 1865 – 18 January 1936)[1] was an English journalist, short-story writer, poet, and novelist. He was born in India, which inspired much of his work.

Kipling in the late 19th and early 20th centuries was among the United Kingdom's most popular writers.[3] Henry James said "Kipling strikes me personally as the most complete man of genius, as distinct from fine intelligence, that I have ever known."[3] In 1907, he was awarded the Nobel Prize in Literature, as the first English-language writer to receive the prize, and at 41, its youngest recipient to date.[6] He was also sounded out for the British Poet Laureateship and several times for a knighthood, but declined both.[7] Following his death in 1936, his ashes were interred at Poets' Corner, part of the South Transept of Westminster Abbey.